Summer months, often the doldrums for hard news, annually bring out shark-attack scare stories and references to hair-raising scenes in the movie JAWS, but for northern European swimmers the mid-summer chill was provided by a herbivorous fish caught in the strait of Oresund between Denmark and Sweden. 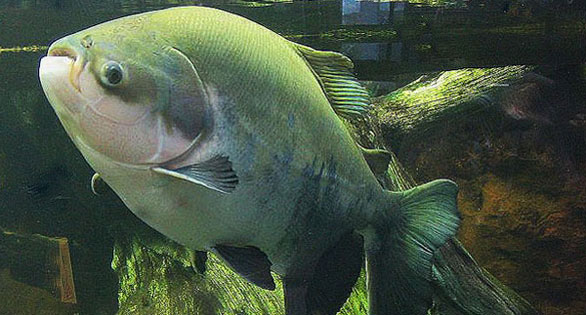 Pacus are vegetarian cousins of the notorious piranhas, but, despite a superficial resemblance, are generally considered gentle and quite harmless.