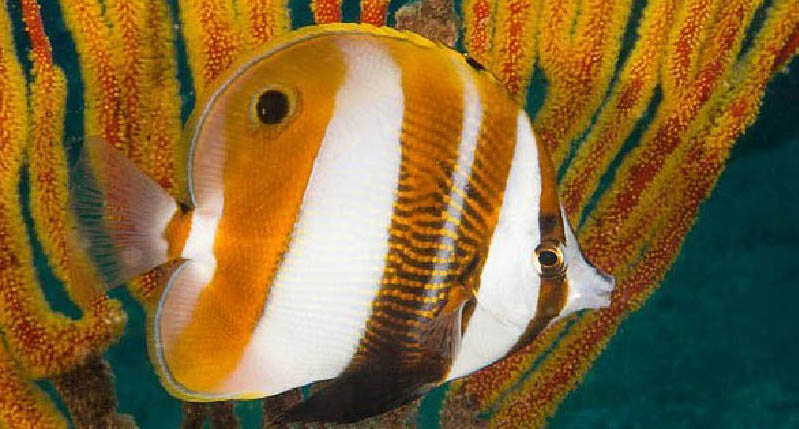 The reefs of the western and northern coasts of Australia are home to a species of butterflyfish that, while certainly known to exist, had not been formally recognized as distinct until now. 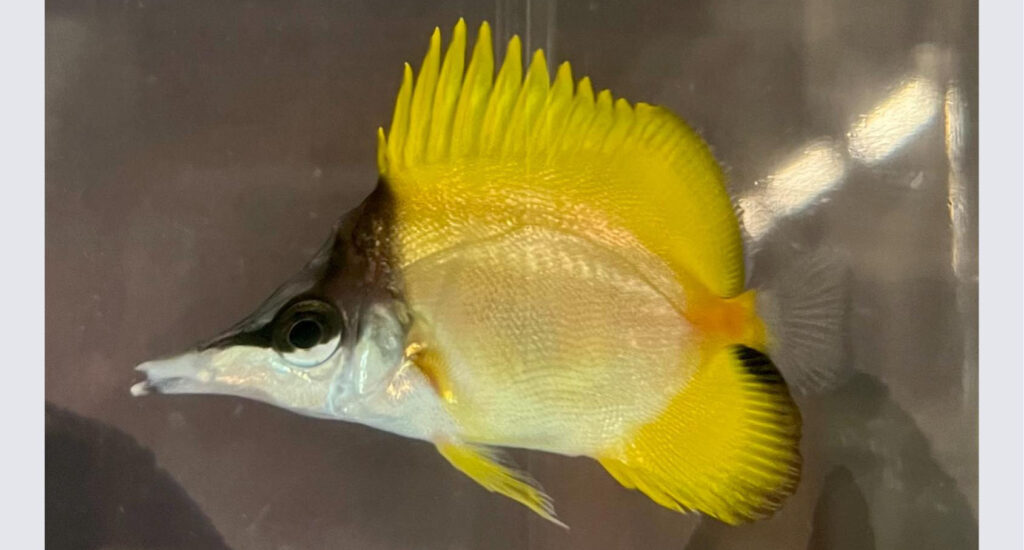 The UF/IFAS Indian River Research and Education Center, with Rising Tide Conservation, is pleased to announce the successful aquaculture of the copperband butterflyfish, Chelmon rostratus! 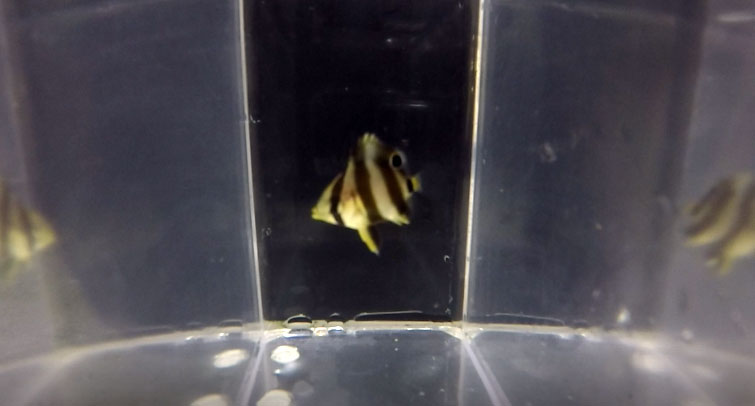 UF/IFAS researchers claim a challenging species first and they even publish the larviculture feeding protocol for the first captive-bred Banded Butterflyfish! 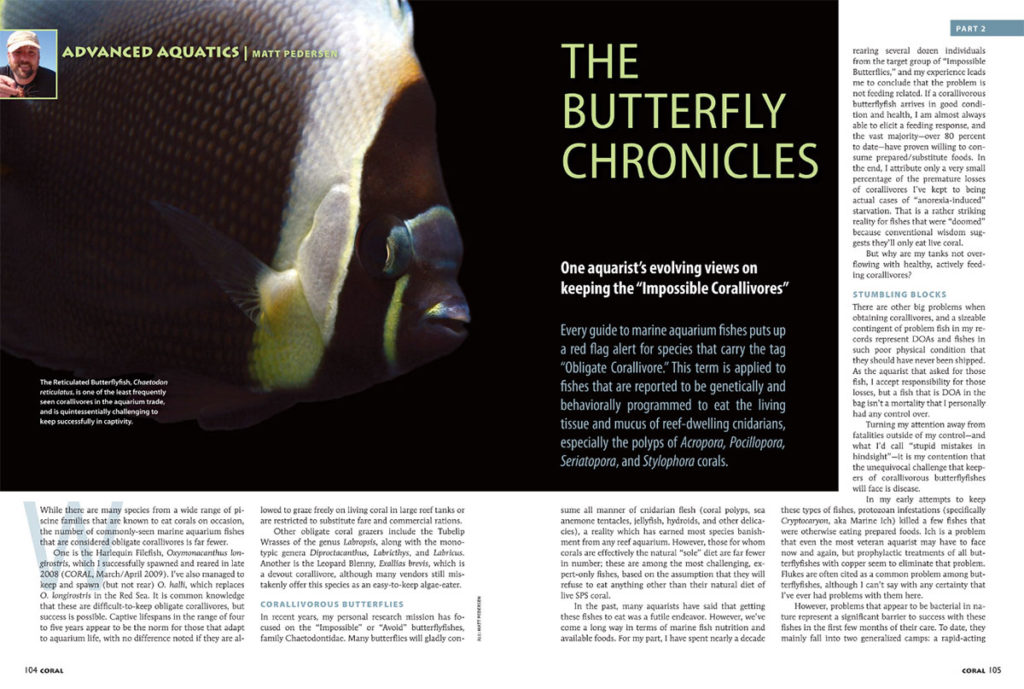 One aquarist’s evolving views on keeping the “Impossible Corallivores,” Part 2