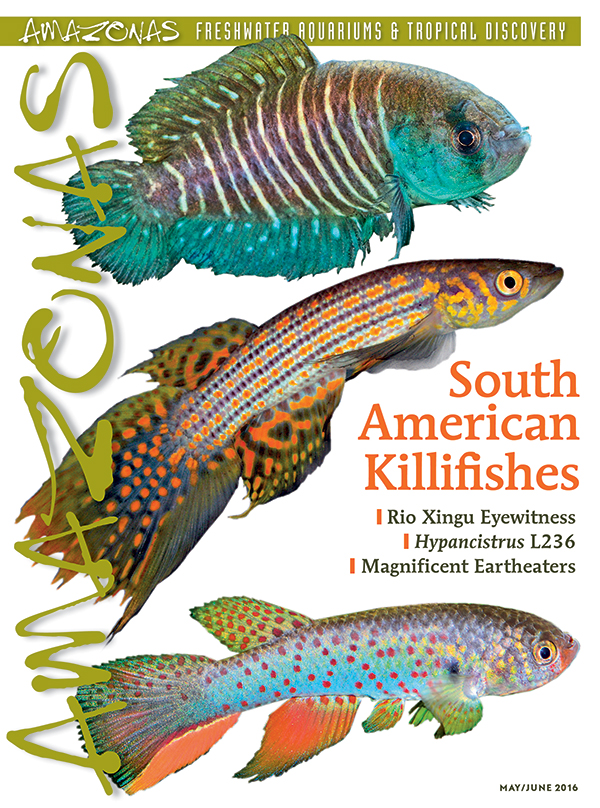 Steve Waldron of Aquarium Zen promises this report: “Collecting Rivulus killies, Blue-eyed livebearers in the mountains of Costa Rica: A travelogue about a trip my wife and I took a few years ago the primary rainforests of Costa Rica where we encountered some beautiful stream fishes in absolutely stunning forest. Some great environmental photography including in situ underwater images of the fish, images of venemous snakes and poison dart frogs if desired.”

And much more….   The May/June Issue of AMAZONAS will be arriving in homes and stores during the last week of March and first days of April.

Subscribers can anticipate in-home delivery of print copies around the first of April, followed by email links to the simultaneous Digital Edition.  Subscribe to AMAZONAS or buy Back Issues here.