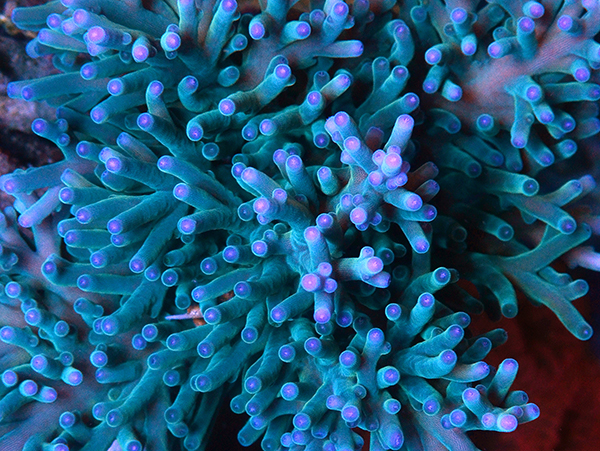 Acropora echinata, captive-grown colony of the ORA Hawkins Echinata morph. A bottlebrush-type Acropora, this is a stunning color variant of a species that often appears in drab shades of brown and tan in the wild, although lavendar and pale violet forms are known. Image by Ricky Goettel from the current issue of CORAL. ORA farms in Ft. Pierce, Florida, produces frags commercially, and more information on the species can be found here: https://coral.aims.gov.au/factsheet.jsp?speciesCode=0026 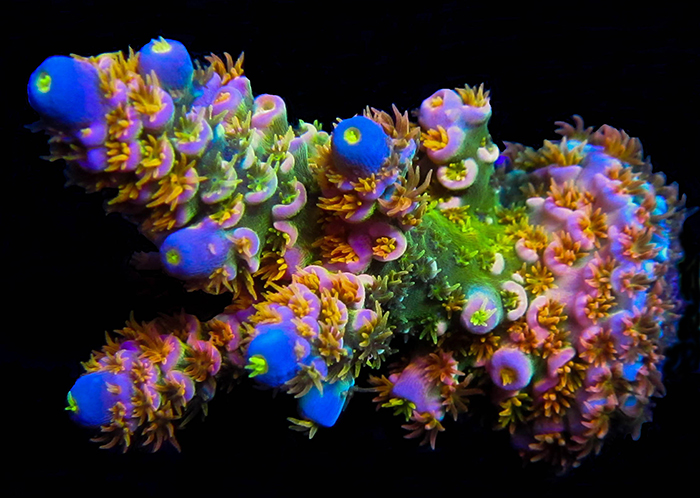 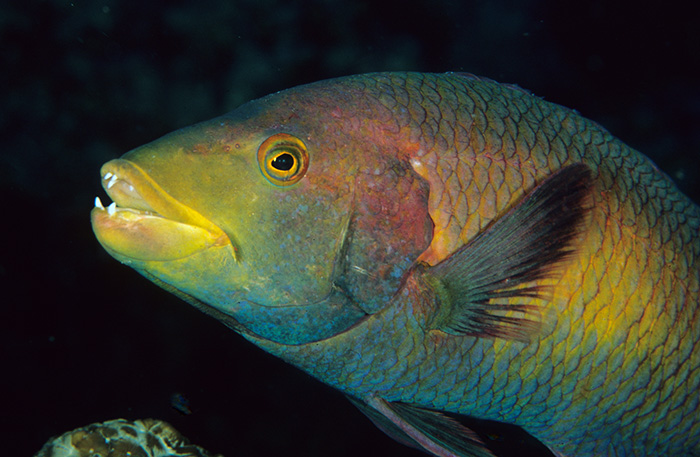 Bodianus rufus, the Spanish Hogfish, is a familiar sight to Caribbean divers and snorkelers. Adults grow up to 40 cm (16 inches) and have an appetite for almost all invertebrates found in a reef tank—except the corals. Juveniles are canary yellow with blue or purple backs. Image: Scott W. Michael. 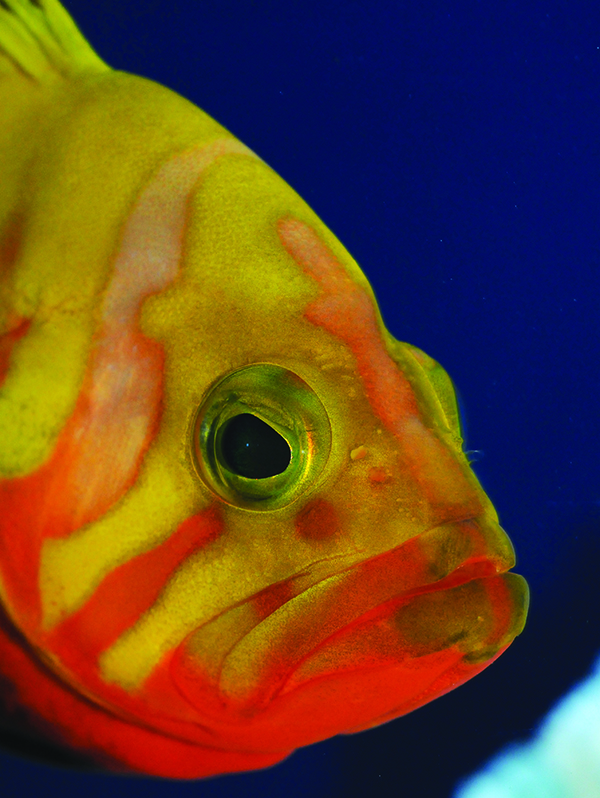 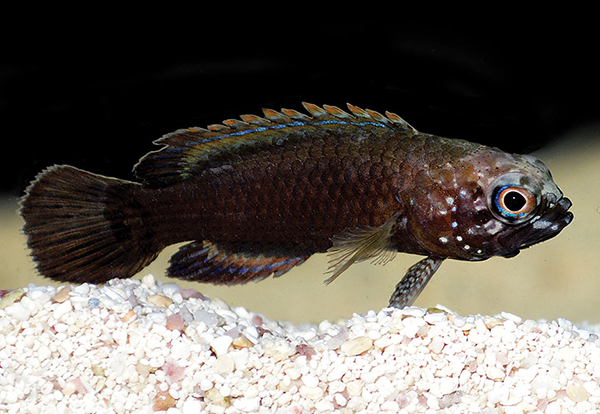 Cousin of the Comet or Marine Betta, this is a juvenile Bluegill Longfin, Plesiops corallicola—a true rarity in the trade. Adults can reach 7 inches (18 cm) in length, and they display a deep rich blue pigmentation. They are safe with corals but predatory on small fishes and benthic invertebrates. This specimen was captive-bred by Biota in Palau, and US local aquarium retailers will soon have access to limited imports of this new species. Image: Matt Pedersen. 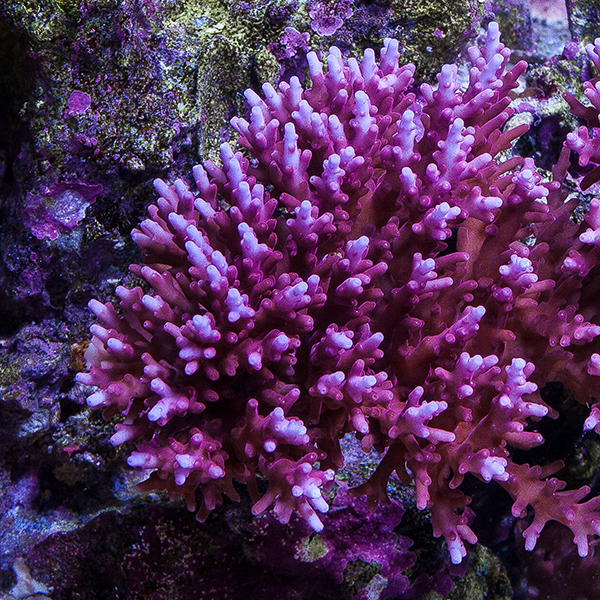 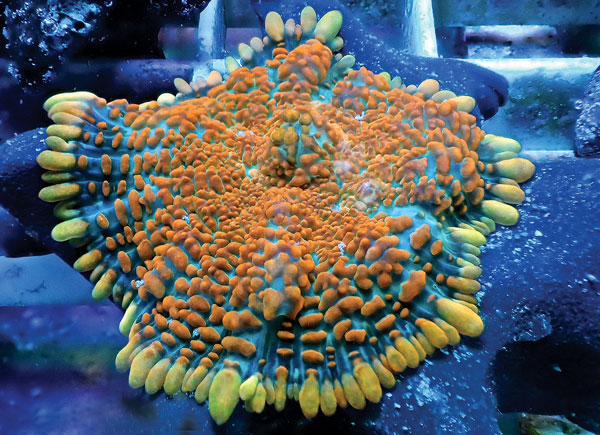 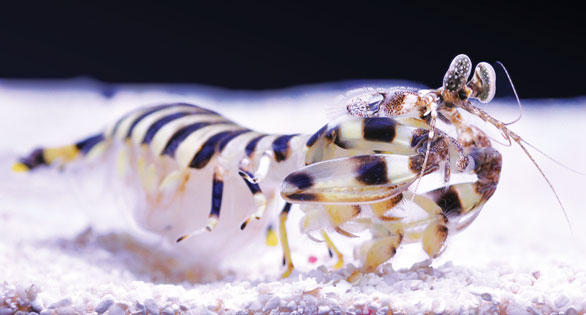 More information for this species at Roy’s List of Stomatopods for the Marine Aquarium, edited by Dr. Roy L. Caldwell at UC Berkeley.