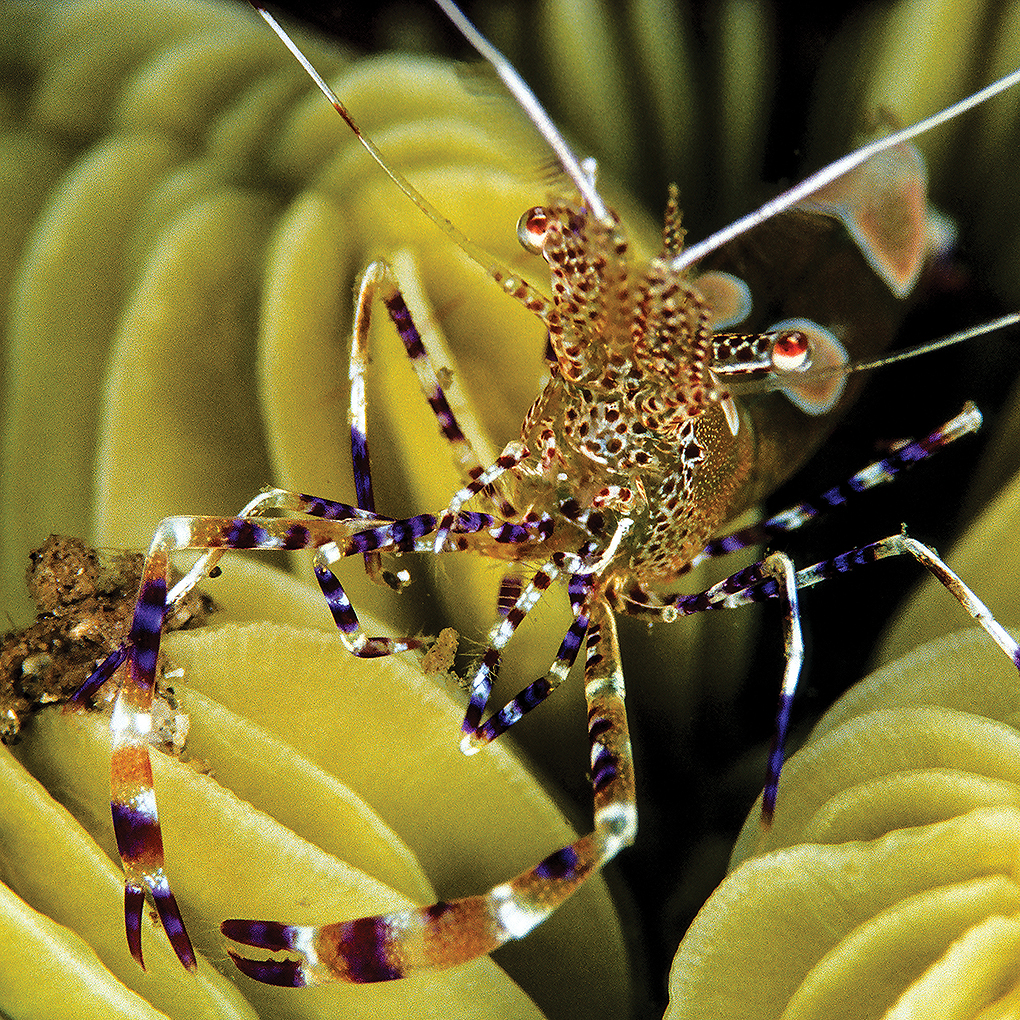 This tiny decapod (ten-legged) shrimp lives with sea anemones and coral colonies and sometimes hitchhikes into the aquarium trade. Grows to a length of about one inch (2.5 cm). Somes called the Anemone Shrimp. Will feed on stray bits of meaty foods. 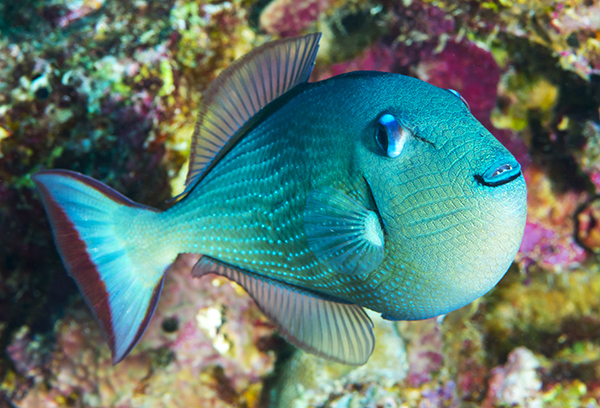 See the January/February 2019 Issue of CORAL for Scott Michael’s profile of this and other reef-safe triggerfishes. Most require a large system but are planktivores that will ignore aquarium corals and most ornamental invertebrates. Image by Gary Bell © Oceanwide Images.com 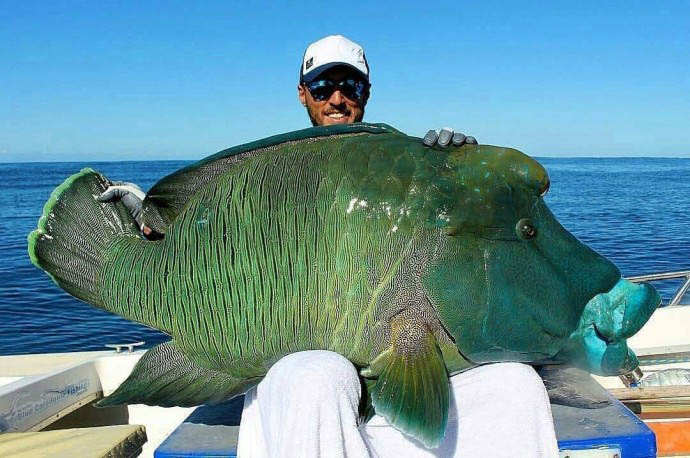 This amazing image is making its viral way around various fishing internet sites with no information about the time, place, or the identities of fisherman or photographer. If you know, please let us know.

The fish itself is a magnificent example of a Napoleon or Humphead Wrasse, the largest member of Labridae family. It grows up to 229 cm (7.5 feet) and 191 kg (483 lbs) and is reported to live to 32 years of age or older. This iconic marine predator ranges from East Africa and the Red Sea to Southern Japan and New Caledonia, east of Australia. (Some sources also call this species the Giant Wrasse,  Maori Wrasse, Truck Wrasse, or Undulate Wrasse.)

Whatever its common name, Cheilinus undulatus is overfished for the Asian live fish restaurant trade and listed as an Endangered Species. Small juveniles are very occasionally seen in the aquarium trade. Aquaculture efforts may eventually help restock regional fisheries and restore some wild populations. We can hope this admirable specimen was released.