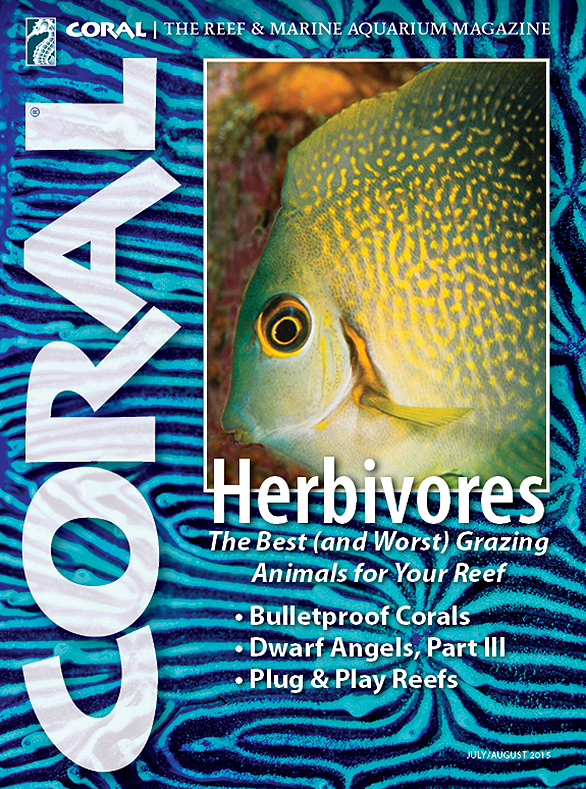 CORAL’s exciting next issue (July/August 2015—to be featured at MACNA 2015) will feature Herbivores that every marine aquarist and reefkeeper ought to know: Fishes, Snails, Hermit Crabs, Urchins and other grazers, large and small. Readable, authoritative articles by a lineup of CORAL experts will look the best—and worst—choices when choosing livestock to help control nuisance algae growth in the aquarium.

And much more….   The July/August 2015 Issue of CORAL will be arriving in homes and stores during the last week of June and first days of July.

Subscribers can anticipate at-home delivery of print copies in the coming days, followed by email links to the simultaneous Digital Edition.  Subscribe to CORAL or buy Back Issues here.