I find it important to take the time to learn the way plants grow and a great way of doing that is setting up a collectoritis style planted aquarium.

The African Freshwater, or Dwarf Red Snout, Pipefish is exotic and rare enough that even expert aquarists assume it is more at home on a coral reef than in a clear freshwater stream 100 miles from the ocean. Now this sometimes brilliantly pigmented little species is being bred in captivity and is starting to enter the aquarium trade.

Amazing Discus parental care captured on video in an aquarium shop Down Under. 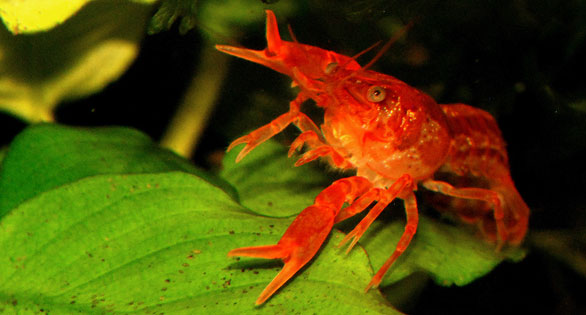 The Dwarf Orange Crayfish, Cambarellus patzcuarensis “Orange,” is a petite and colorful crustacean that is not as well known to freshwater aquarists as it should be, but that it makes a sassy and active addition to a nano aquarium. While some crayfish and “mini lobsters” can be destructive, this species has proved safe with plants, fishes, and other invertebrates.