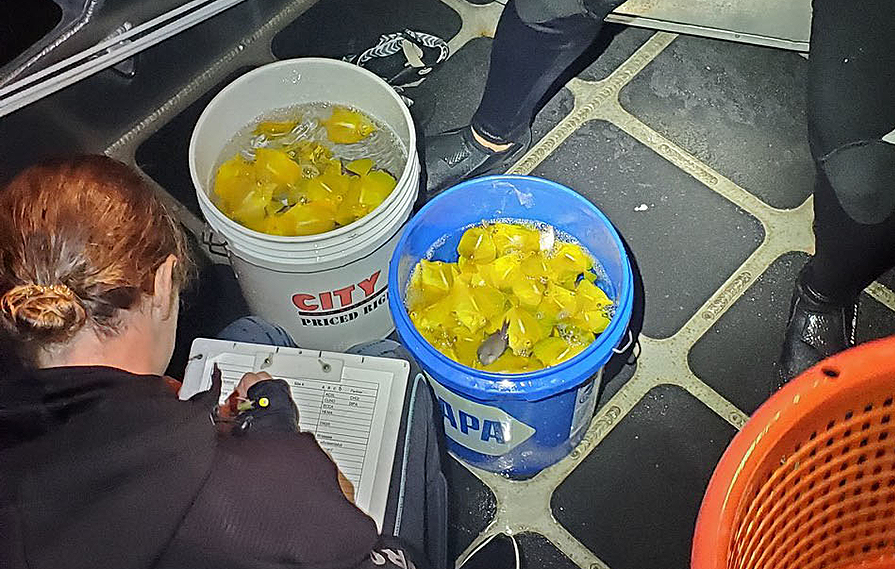 DAR staff taking an accounting of the reef fish discovered during the incident. The value of the illegal catch was estimated at $17,000, and all fishes were returned to the sea. Image: DAR.

“At one time we thought we might be looking for missing or deceased divers. Who drops divers off a boat into the open ocean and then leaves in order to avoid detection?”

Fifty-seven-year-old Steve Howard of Kailua-Kona, a well-known aquarium fisher, was arrested after a bizarre series of events that included a search-and-rescue operation.

Howard was observed launching his boat at DLNR’s Honokohau Small Boat Harbor. When DOCARE officers were alerted, they mobilized, following the boat to the Kailua-Kona pier, where Howard picked up two women.

DOCARE Chief Jason Redulla tells the story. “Our officers observed Howard’s vessel heading out to the ocean, and by this time we were able to deploy our own boat. Officers intercepted Howard in South Kona off Pebble Beach near Ho‘okena. He was questioned about the whereabouts of the women, who were no longer on the boat. Officers report Howard was uncooperative as they tried to determine the location of the women. His voyage was terminated due to equipment violations, and he was escorted back to Honokohau.”

The missing women prompted a multi-agency, land, air, and sea search-and-rescue mission involving DOCARE, the Hawai‘i County Fire Dept., the Hawai‘i County Police Dept., the U.S. Coast Guard, and NOAA’s Office of Law Enforcement. Eventually, authorities received a call that two women with full diving equipment were spotted at a Kona gas station. They were picked up for interviews and admitted that Howard had “dropped them off to go scuba diving. Ultimately, the women told investigators that they’d left approximately 200 fish in a collection basket in the ocean. 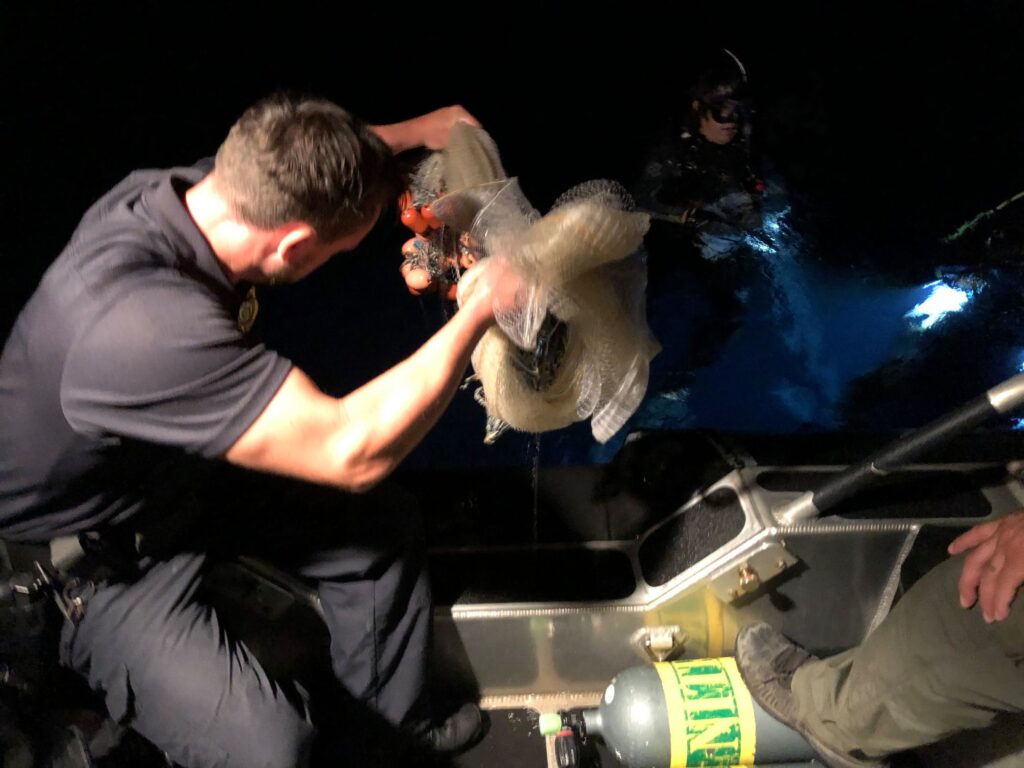 Three People Depart, But Only One Returns

In a virtual news conference held on September 16th, Redulla offered law enforcement’s detailed accounting of the events that transpired on September 15th, 2020.

“At that time, his voyage was terminated and Mr. Howard was escorted back to Honokohau Small Boat Harbor. In the process, he was asked about the whereabouts of the two women that were aboard. He became uncooperative with officers at that point.

“As the investigation continued at Honokohau boat harbor, Mr. Howard was placed under arrest for several aquatic and boating violations. At that point, he admitted to officers that he had left the two women behind in waters offshore of Pebble Beach, and it was that time that a search-and-rescue operation was initiated to determine the location and well-being of the two women.

“Units of the Hawai‘i County Police Department and Fire Department, as well as the NOAA Office of Law Enforcement, responded to conduct a search of the area. Thankfully, several hours later, the women turned up ashore at a gas station in Kona.

“It was confirmed later that the two women at the gas station were in fact the two ladies that were aboard Howard’s boat. They were interviewed by officers, and their role in this incident continues to be under investigation.

“Mr. Howard, again, was arrested for the aquatic and boating violations, and he was also charged with reckless endangering for his disregard for the safety of the two women that were aboard his vessel.

“All of the violations that Mr. Howard is being charged with at this point are petty misdemeanors. They carry both jail and monetary fines if convicted, and our investigation in this incident continues to remain ongoing. There is a possibility that other charges may be levied at some time in the future.

“We’d like to thank the assistance of our division of aquatic resources staff for assisting our officers with the gathering of evidence as well as the identification and account of the fish that were recovered in this incident. Additionally, we’d like to thank our partners for their assistance with the search and rescue operation as well.”

Responding to a question from Max Dible of Big Island Now regarding the involvement of the two unnamed women, Redulla noted that “their role continues to be under investigation. From what we understand, Mr. Howard admitted that he had left them behind in the waters…we can assume that somehow they got to shore. Whether they swam by themselves or had other assistance, at this point, that remains under investigation.”

Poaching of Reef Fishes In a Closed Area

A NOAA vessel located nets and other equipment used for aquarium collection on the shore and then found the ten different species of fish in the basket in the ocean. With the assistance of staff from the DLNR Division of Aquatic Resources (DAR), the underwater cage and the captured fish were recovered. After an accounting of the numbers of fish and species type for evidence, all of the fish were returned to the ocean. The fish had an estimated value of $17,000. 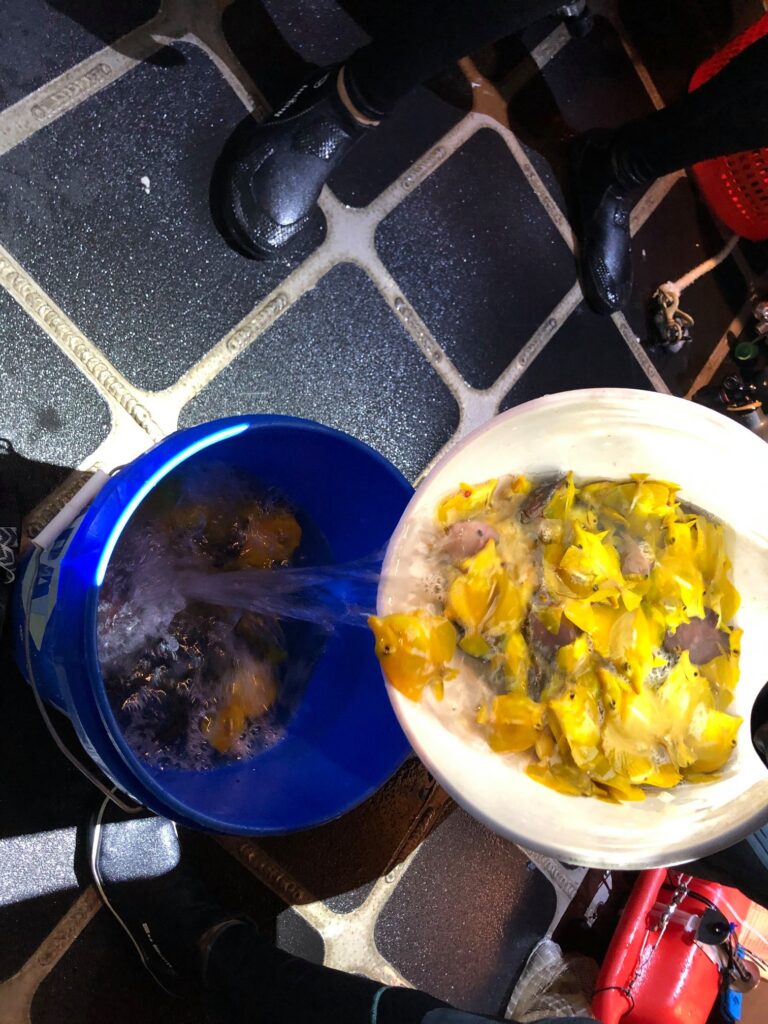 Reef fish recovered during the investigation; they were later returned to the sea.

Brian Neilson, Administrator of the Division of Aquatic Resources, addressed his department’s involvement and findings in the incident. “…We’d like to also thank and acknowledge the officers that worked into the night last night and their persistence and dedication in making the arrest, but also making sure that the [illegally] harvested reef fish were returned back to the wild.

“Our Division of Aquatic Resources staff also assisted with the operation. Divers discovered submerged fish bins at the site containing 239 illegally harvested reef fish. They also found illegal fishing gear associated with the site. Those reef fish [consisted of] 10 different species, and we estimate the retail market value of the catch at above $17,000.

“Illegal collection of aquarium fish in West Hawaii is turning into a persistent problem. This is the third arrest that we’ve seen associated with illegal aquarium harvest in West Hawaii just this year, which indicates that this is a larger problem that the department is going to need to deal with. 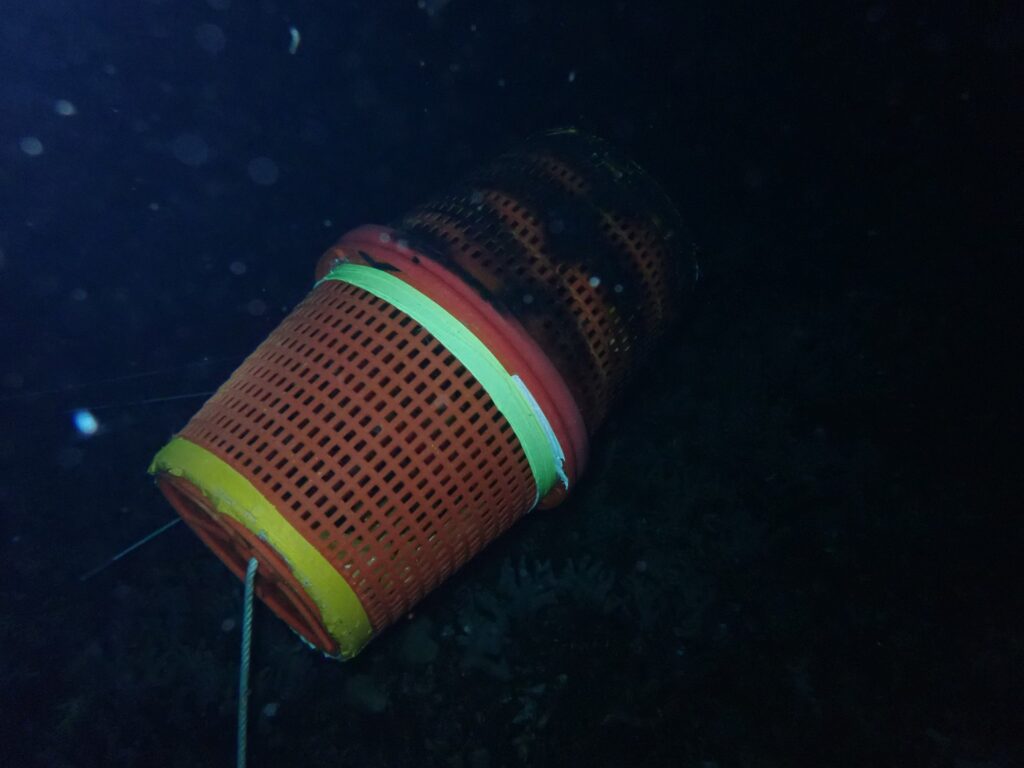 Howard faces multiple charges for resisting arrest, plus aquatics and equipment violations, and for reckless endangerment associated with his dropping the women in the ocean. (At the virtual conference, Redulla outlined the charges: “Right now, Mr. Howard is charged with five violations: Possession of aquarium collection gear within the West Hawai’i Regional Fisheries Management area; expired flares, which is expired safety equipment; no boater certificate; resisting arrest; and reckless endangerment in the 2nd degree.”)

Chair Case explained, “Aquarium collection in West Hawaii is not permitted at this time. Everyone knows the rules, and the industry is under a microscope legally, procedurally, and physically. Why would anyone blatantly flaunt the law to continue to fish illegally for aquarium fish in Kona is beyond me. It’s absolutely wrong. Big kudos to our DOCARE and DAR teams that nailed this one.”

Patricia Tummons, Editor for the monthly publication Environment Hawai’i, sought further details, asking, “I’m wondering what the status is of aquarium collection statewide. I know that there’s been an EIS that was rejected. What’s next?”

“In terms of the status of the EIS, there was, as you mentioned, an EIS that was brought to the Land Board I believe a couple of months ago, and it was rejected. It’s now up to the application to decide what further action they’re going to take with that EIS.

“In terms of Oahu, there was a draft EIS submitted for public comment, I believe last month, so that one is still in draft form, and I believe the comment period has closed for that.”

DAR Administrator Brian Neilson commented, “These people collected 235 fish popular for the aquarium trade in a place that they all know is currently off-limits to any aquarium fish collecting. These are egregious violations and we take them very seriously.”

DOCARE Chief Jason Redulla concluded, “Beyond the impacts on our aquatic resources, the actions yesterday diverted limited law enforcement and emergency services resources into a potential search-and-rescue operation. At one time we thought we might be looking for missing or deceased divers. Who drops divers off a boat into the open ocean and then leaves in order to avoid detection?

“I’m very proud of our DOCARE officers and all of the personnel from other agencies who assisted in the search and subsequent arrest yesterday. These actions potentially endangered the lives of two divers and are clearly detrimental to the aquatic resources in West Hawai‘i. We hope the individual arrested will be prosecuted to the fullest extent of the law.”

This is the video link to this afternoon’s virtual news conference on the Hawaii Island Aquarium Fisher Arrest: https://vimeo.com/458815763