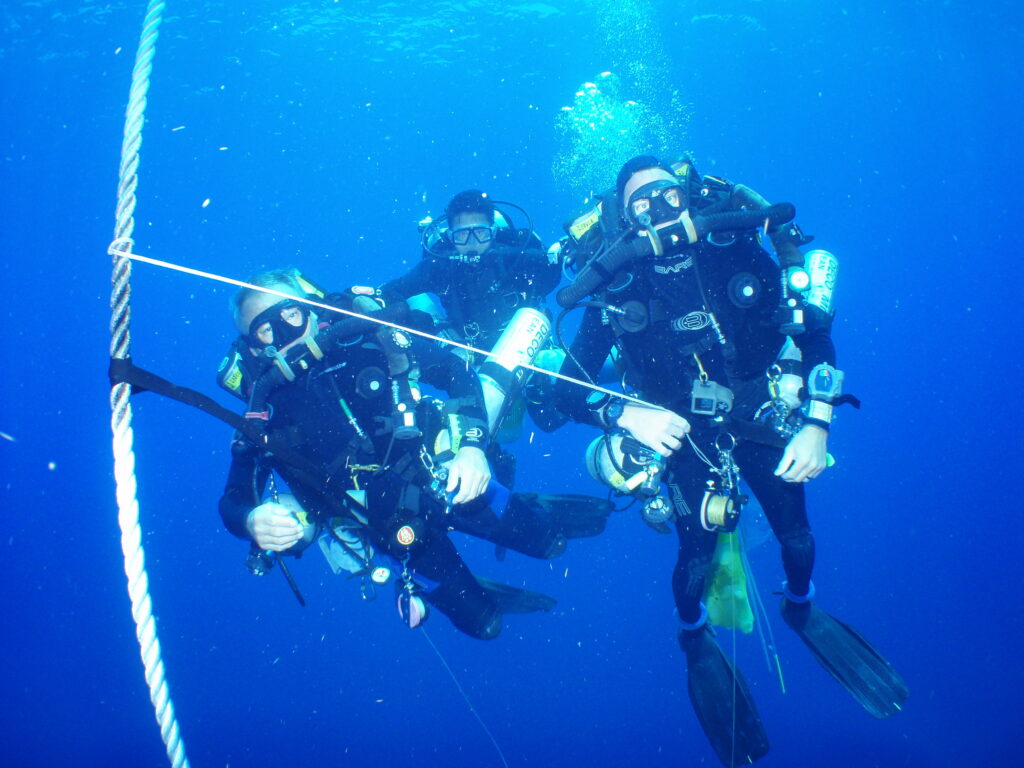 Dynasty’s Director Emeritus Forrest Young, VP of Sales Frank Young, and President Ben Daughtry (L to R) make a decompression stop on their way up from a deep-water collecting dive. Fish are packed in individual containers inside Daughtry’s dive bag.

Marathon, Florida – Over the course of the pandemic, marine aquarium keeping has become popular as people are at home, nesting, and investing in their pets. But international trade of aquarium fish has been stymied this year as reduced flights have driven up shipping costs. U.S. marine aquarium fisheries trading domestically are thus poised to gain increased market share, supporting the livelihoods of fishermen, exporters, wholesalers, retailers, and others in the value chain. But Hawaii’s marine aquarium fishery, well-managed in relation to those at other global locales, has been recently banned. This drove 226 commercial aquarium fishers to provide for their livelihoods through other means, and it eliminated the annual boost of $2 million from the fishery to the State’s economy, according to an environmental impact statement prepared by the Pet Industry Joint Advisory Council in 2019. 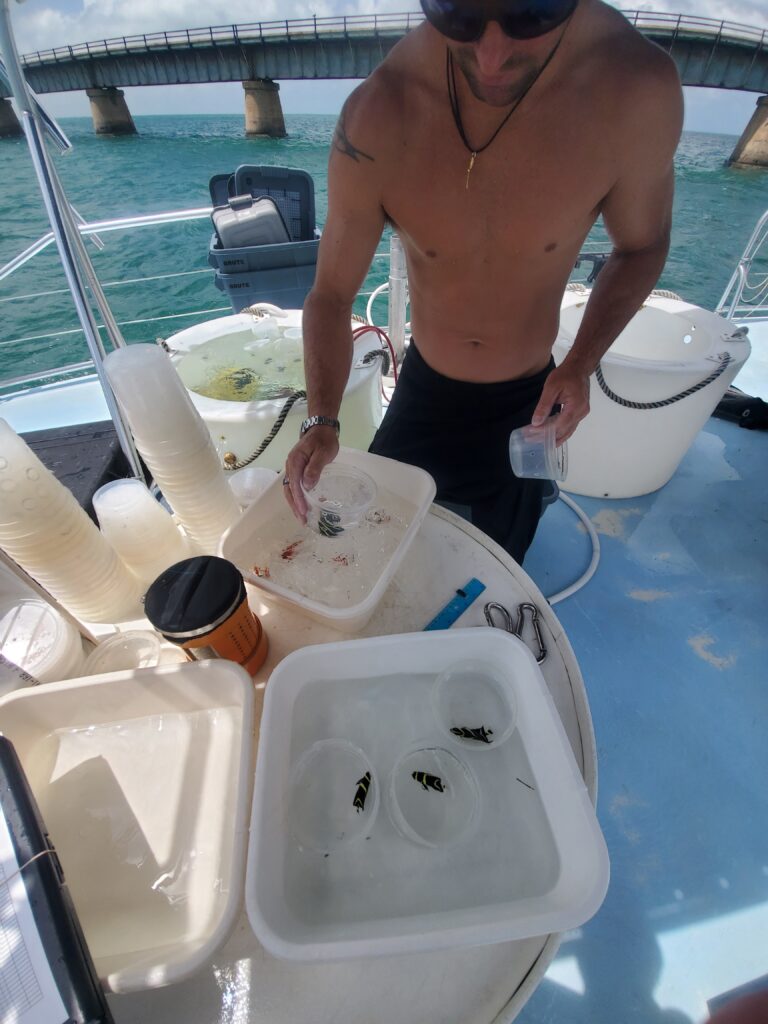 Dynasty’s VP of Dive Operations Bucky Wile packs freshly collected ornamental fish in ventilated containers. The fish will be transferred to large aerated wells for the trip back to shore. These handling practices reduce fish aggression and optimize welfare during transport.

An opportunity for Florida

Dynasty Marine Associates, a leading marine aquarium fisher in Marathon, FL, has invested in research needed to address this question. Ben Daughtry, President of Dynasty Marine, said: “In recent years, deliberations over the sustainability of coral reef aquarium fisheries in some locales have been one-sided. Our approach in Florida is to engage stakeholders of the Florida fishery to invest in an up-close look at the sustainability of our own businesses. We’ve taken the first step, and we invite others to join in the effort.”

Enter the Coral Reef Aquarium Fisheries Campaign, founded by Dr. Paul Anderson, a marine scientist who has dedicated his career to understanding and improving the sustainability of the marine aquarium. Anderson has partnered with Dynasty and Dr. Bob Pomeroy, a fisheries economist, and Dr. Tracey Dalton, Chair of the University of Rhode Island’s Department of Marine Affairs, to answer this question. With the help of a URI graduate student, their goal is to describe the policy framework for marine aquarium fish as an educational tool for regulators and stakeholders in the Florida marine ornamental fishery and as a model for other locales. They will assess the effects of current policies on 1) the sustainability of selected indigenous coral reef fish species, and 2) stakeholders and their businesses. Comparisons will be drawn among policy landscapes for other selected locales. The forthcoming report may offer policy recommendations that have demonstrated successes in sustainability in other locales.

Anderson emphasizes the need for stakeholders from all sides of the issue to weigh in: “We seek to pursue this study objectively and comprehensively, with the support and input of the voices of those who are passionate about coral reef conservation and those who want to see the aquarium trade continue to educate families and children for decades to come. These people are often, though not always, one and the same.”

To lend your support for the project, please get in touch with Anderson at paul@insightbyanderson.com or donate here.

The Coral Reef Aquarium Fisheries Campaign is a multi-stakeholder initiative to empower sustainable coral reef aquarium fisheries that support biodiversity conservation, healthy coral reefs, and livelihoods and food security for those who depend on them across the global value chain.