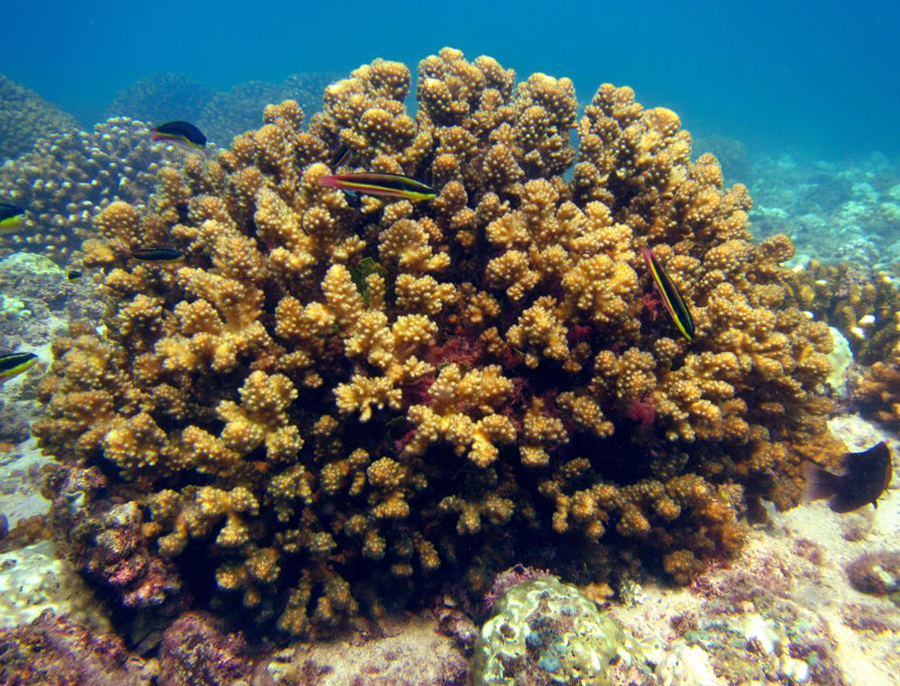 Coral reefs in the Eastern Tropical Pacific are dominated by dense clonal stands of rapidly growing and thermally tolerant species of Pocillopora. Credit: David A. Paz-García

via Odum School of Ecology, UGA

Rising ocean temperatures have devastated coral reefs all over the world, but a recent study in Global Change Biology has found that reefs in the Eastern Tropical Pacific region may prove to be an exception. The findings, which suggest that reefs in this area may have adapted to heat stress, could provide insights about the potential for survival of reefs in other parts of the world.

“Our 44-year study shows that the amount of living coral has not changed in the ETP,” said James W. Porter, the paper’s senior author. “Live coral cover has gone up and down in response to El Niño-induced bleaching, but unlike reefs elsewhere in the Caribbean and Indo Pacific, reefs in the ETP almost always bounce back,” he said. 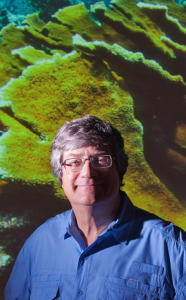 The study was conducted by an international team of researchers from across the region led by Dr. Mauricio Romero-Torres of the Pontificia Universidad Javeriana and Unidad Nacional para la Gestión del Riesgo de Desastres (the National Unit for Disaster Risk Management or UNGRD) in Bogotá, Colombia. The group examined coral cover data for the area, which stretches from Baja California to the Galapagos Islands, from 1970-2014. During that time there were several El Niño events—periods when the equatorial Pacific Ocean reaches unusually high temperatures. Excessive heat can kill the symbiotic algae that inhabit the corals, leading to widespread coral bleaching and death.

The researchers found that while losses of coral cover followed the worst of those episodes, in many cases ETP reefs recovered within 10-15 years.

“So much of my career has been spent documenting coral reef decline that to discover a large area of the tropics where coral reefs are holding their own is very gratifying,” said Porter, professor emeritus in the University of Georgia Odum School of Ecology.

They hypothesized that several key factors allowed the ETP reefs to bounce back.

First, corals in this area are mostly pocilloporids, a type of coral that reproduces at high rates. They also contain species of symbiotic algae that are particularly tolerant to extreme temperatures.

Patterns of weather and geography in the ETP may also play a role. Areas having heavier cloud cover or upwelling of cooler waters may survive locally and be able to reseed more severely affected reefs elsewhere.

Another important factor may be “ecological memory,” meaning that ETP corals may have become conditioned to heat stress over the years, through mechanisms such as genetic adaptation and epigenetic inheritance, whereby parents pass on these survival traits to their offspring.

“The key to survival for future reefs may not be an immunity to stress, but rather an ability to recover and regrow after stress,” said Porter. “ETP reefs show us what this might look like.”

Porter said that the study is also important as an example of the need for maintaining long-term original data, which was crucial to the research.

“As soon as Dr. Romero contacted me, I consulted my original dive logs, made when I was a Smithsonian Pre-Doctoral Fellow in Panama in 1970,” said Porter. “I realized immediately that my hand-written field notes contained everything needed to anchor this study with the oldest data (1970) used in this long-term survey. Particularly in a changing world, we need to archive and store original data carefully,” he said. “Knowing what the world looked like in the past may be the best way to set restoration goals in the future.”

“This research teaches the relevance of doing science with FAIR standards (findable, accessible, interoperable and reusable) so that other researchers in the region can continue the work and estimate the effects of the next El Niño phenomenon on the ETP,” said Romero.

Besides Romero-Torres and Porter, the study’s coauthors are Alberto Acosta of Pontificia Universidad Javeriana; Ana M. Palacio-Castro of the University of Miami and National Oceanographic and Atmospheric Administration; Eric A. Treml of Deakin University, Warun Ponds, Australia; Fernando A. Zapata of the Universidad del Valle, Cali, Colombia; and David A. Paz-García of the Northwest Biological Research Center, La Paz, Mexico. Support for the research came from Colciencias (the Colombian Department of Science, Technology and Innovation) and Colfuturo (the Foundation for the Future of Colombia), Pontificia Universidad Javeriana, UNGRD and the Kirbo Charitable Trust.