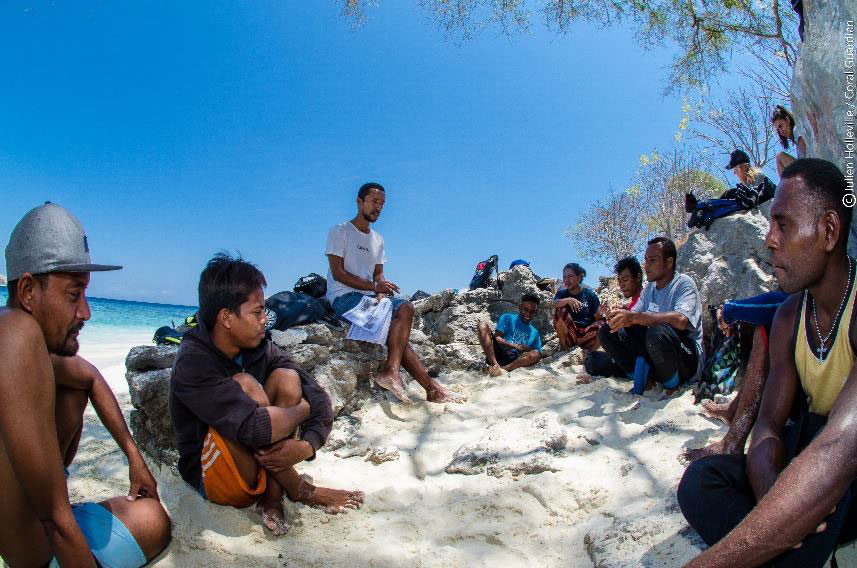 Coral Guardian launches the Blue Center to encourage and support participatory marine conservation and reef restoration projects around the world.

Paris, July 16th 2020 – Coral Guardian offers a training program, the Blue Center, which is dedicated to any project leader wishing to develop their own coral reef restoration project around the world.

In 2015, Coral Guardian launched its pilot project for participatory marine conservation around Hatamin island, near Komodo National Park in Indonesia. The project’s success is defined by positive social and environmental indicators, such as the involvement of local communities in restoring the coral ecosystem they depend on for a living, and the involvement of people worldwide with the “Adopt a Coral” program.

Since the beginning, an official marine protected area has been created on-site, with nearly 38,000 corals transplanted and 30.2 times more fish on the restored area in just four years. Thanks to this success, the NGO now wishes to pass on its knowledge and accompany other project leaders in developing their own coral reef protection and restoration projects. 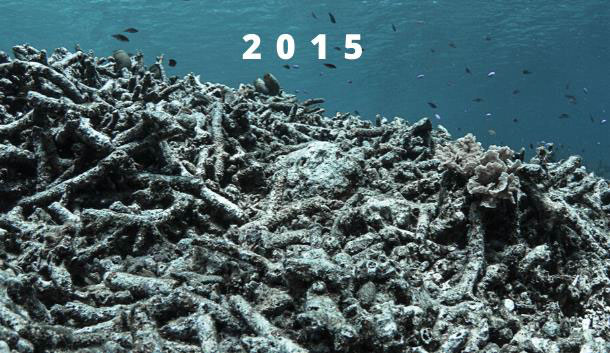 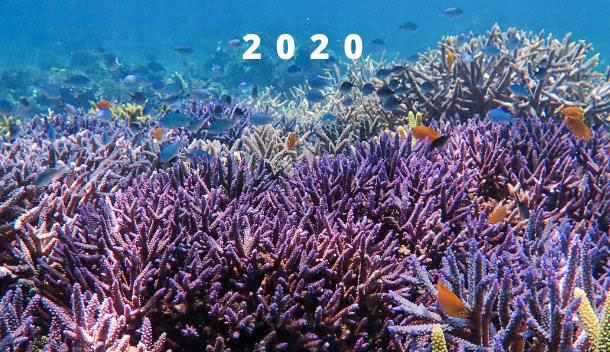 A training program open to all: the Blue Center

In response to the ecological and social crisis we are currently going through, Coral Guardian wishes to share its expertise acquired in the field over the years, and accompany other actors wishing to develop their own coral restoration project.

For this purpose, the NGO has created a training program, the Blue Center, which provides support on a one-off or regular basis, whether on theoretical or practical bases, in developing a participatory marine conservation project. Coral Guardian also offers financial support.

Several candidates have expressed their wish to be accompanied by Coral Guardian in the implementation of their project. Two projects have been selected and are now part of the Blue Center programs, which start in 2020. The first project, called SOS Corals, will take place in the Mediterranean region, in collaboration with the local entity Equilibrio Marino. This project responds to the degradation of marine resources due to anthropological pressures, in particular due to the pollution of abandoned fishing equipment in the Mediterranean Sea. The second project, called Ancestral Anchors, will take place in the Caribbean region in partnership with the local entity Sistema Natural, which also responds to the degradation of the local ecosystem following the increase in tourism in the region.

Coral Guardian is currently looking for financial partners that are interested in committing to these two projects, and the NGO remains open to any other project leader interested in joining the Blue Center program. 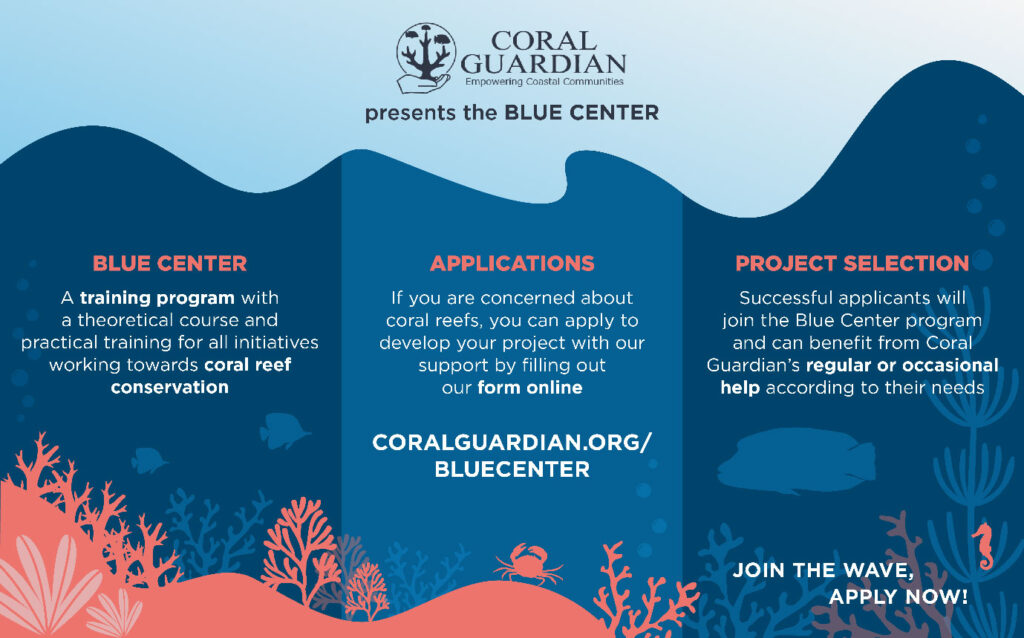 Overview of the Blue Center.