World’s Rarest Living Goby: Who can afford it? 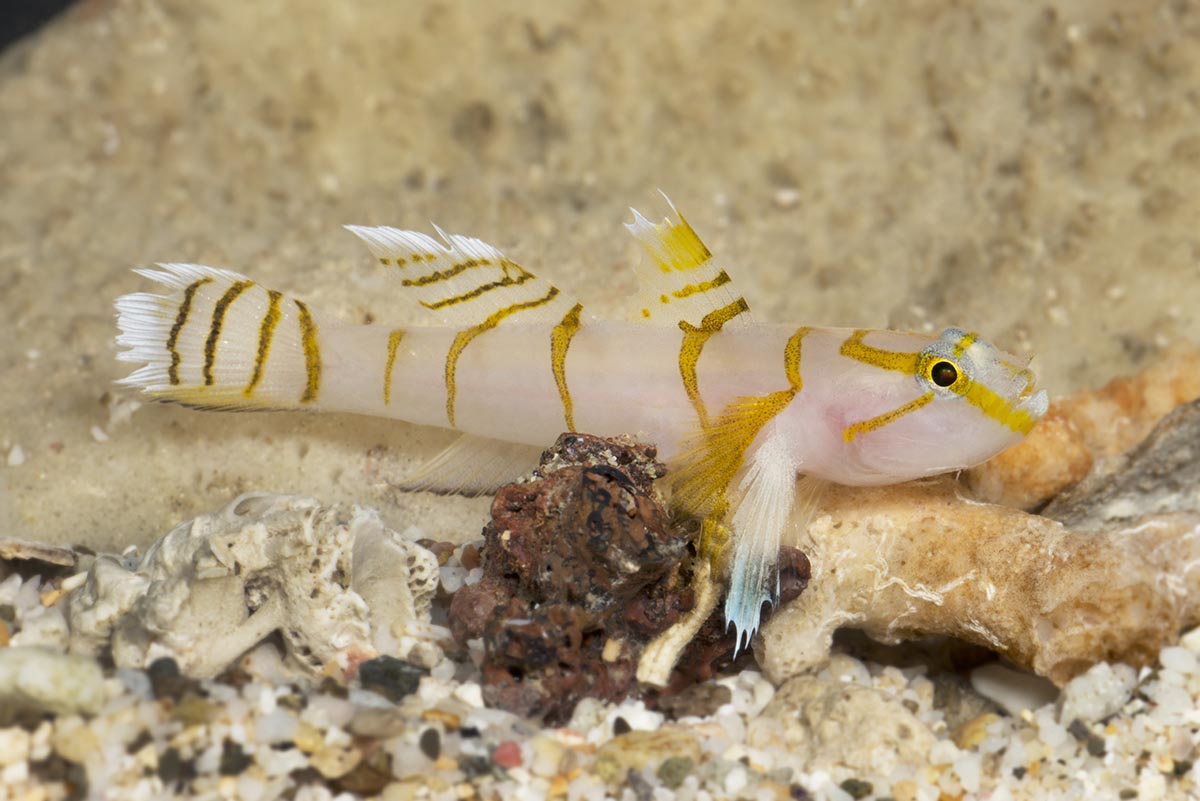 Psilotris laurae, aka. the Thin-barred or Laura’s Goby, is possibly the world’s rarest goby in the aquarium trade. Image © Barry B. Brown.

Perhaps the rarest goby on earth is known from a single male specimen collected by Curasub (a 5-man diving submarine outfitted for reef fish collection and research) between 374–449 feet (114–137 m) in Bonaire in 2013, hiding out in a glass bottle found along a sandy slope well below the usual safe scuba-diving range.

Laura’s Goby (Psilotris laurae Van Tassle, Tornabene & Baldwin 2016) is named for Laura Albini, wife of Adriaan “Dutch” Schrier, the owner of Substation Curacao in the Dutch Lesser Antilles. As with many new species, more than one common name is being advanced by different parties. The Smithsonian Institution’s Deep Reef Observation Project, which first discovered the species, calls it the Thin-barred Goby in their Shorefishes of the Greater Caribbean online information system.

In May 2020, a single living specimen of this colorful deepwater goby, reportedly only the third ever found, was collected by the Curasub at Substation Curacao, and it has made its way into the aquarium trade via Dynasty Marine Associates in Marathon, Florida.

Frank Young (VP and COO of Dynasty Marine, and son of founder and pioneering fish collector Forrest Young) says that the goby is being kept at 68ºF (20ºC), a temperature the collectors have found to be suitable for the many different fishes that originate from Curasub collection efforts. 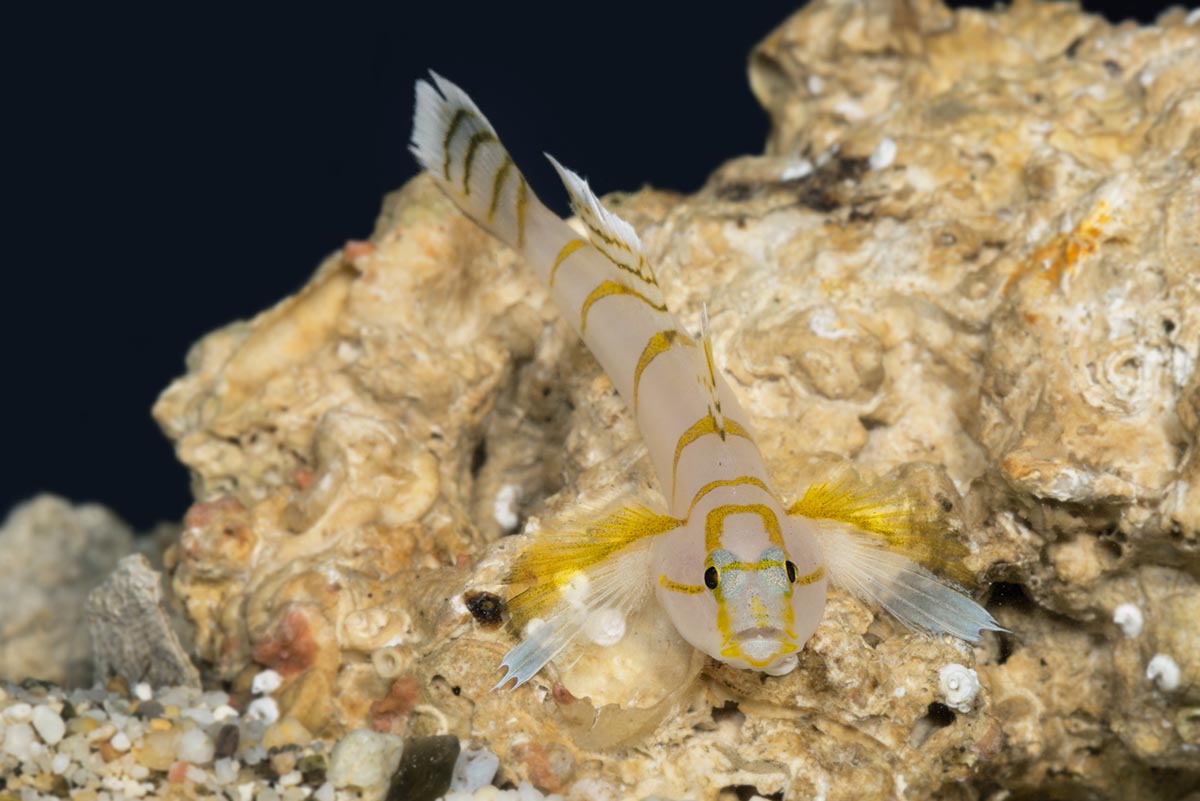 With only one specimen ever collected for the aquarium trade, this species is truly a one-of-a-kind. Image © Barry B. Brown.

Young also revealed the several-day process by which specimens like this are collected, a protocol to bring live deep-reef fishes to the surface in good health. Over a five-day period, starting with the deepest dive at 1,000 feet (305 m), fish are collected by the sub utilizing the mild sedative quinaldine to slow fish down. (Note: This is generally regarded as a safe collecting method when appropriate or required, and it is approved for licensed use in the state of Florida by the Florida Fish and Wildlife Conservation Commission—a far cry from the use of cyanide.) A vacuum apparatus on another arm of the sub sucks in the stunned fishes and stores them in individual containers stationed at the depth where they were collected. Each subsequent day the sub returns, and the collection dive is shallower, while fishes from prior days are moved up to the next decompression stage alongside the day’s catch. Once the fishes from several days of collection reach the relative shallows, divers swim down and feed them live Artemia while still in final stages of decompression.

Young emphasizes that, at this writing, there is still only one Laura’s Goby alive in captivity anywhere in the world. It was collected around 550–600 feet (167–183 m), found residing among rubble on the seafloor, darting from rock to rock. After a month in captivity, routinely eating enriched live adult brine shrimp, the 1.5-inch-long (3.8 cm) specimen is being made available to the aquarium trade. While the asking price is private, Young acknowledged that it is in the thousands, with the majority of the proceeds of the sale going to Curaçao Sea Aquarium. Dynasty Marine is the exclusive aquarium trade distributor of deep-water Caribbean reef fishes collected via Curasub in Curaçao. Interested parties from the marine aquarium trade can inquire at www.DynastyMarine.net.