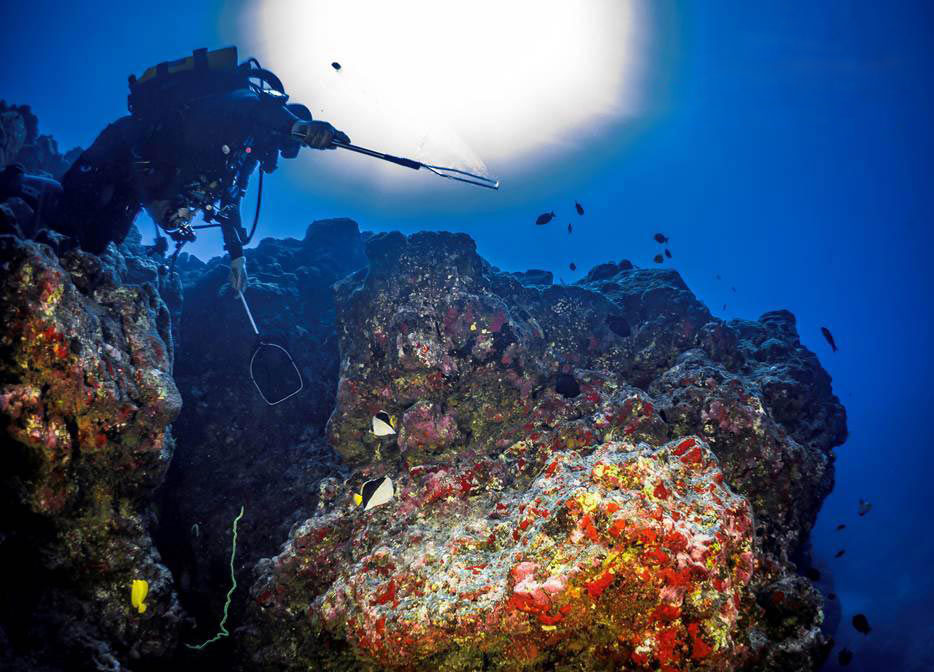 Ron Tubbs collecting Tinker’s Butterflyfish, utilizing a rebreather to reach these deepwater fishes on the Hawaiian reefs, in 2015. Fine mesh nets such as these are not currently permitted as part of the ongoing debate over the marine aquarium fishery in Hawaii. Image courtesy RT Distributors.

The Time to Step Up is NOW

The BLNR’s decision will significantly harm the Hawaii fishers whose livelihoods depend on this fishery, and will likewise have serious implications for other commercial fisheries in Hawaii —including in Oahu, where the Draft Environmental Impact Statement is currently open for public comment.

The fishers need your comments in support, and PIJAC cannot carry on this fight without the funding to do so. The numerous lengthy and costly legal battles and legislative fights, costing hundreds of thousands of dollars, are rapidly depleting the Aquatics Defense Fund (pijac.org/aquatic). The assault is continuous—Earth Justice has now brought a case seeking to revoke the Commercial Fishing Licenses in a way that will apply to ALL fisheries in Hawaii.

Your support is critical. Failure to act WILL mean the end of the Hawaii aquarium fishery.

Ron Tubbs B.S. N.D. N.C. spent 8 years at the University of Hawaii with a degree in nutrition and studies in marine biology, ecology, microbiology, and biochemistry. R.T. Distributors was founded in 1982 and has been a diver direct business collecting and distributing marine fish to the aquarium trade for over 38 years.