Spotlight: the Amazon Puffer (C. asellus) in the wild and in the aquarium 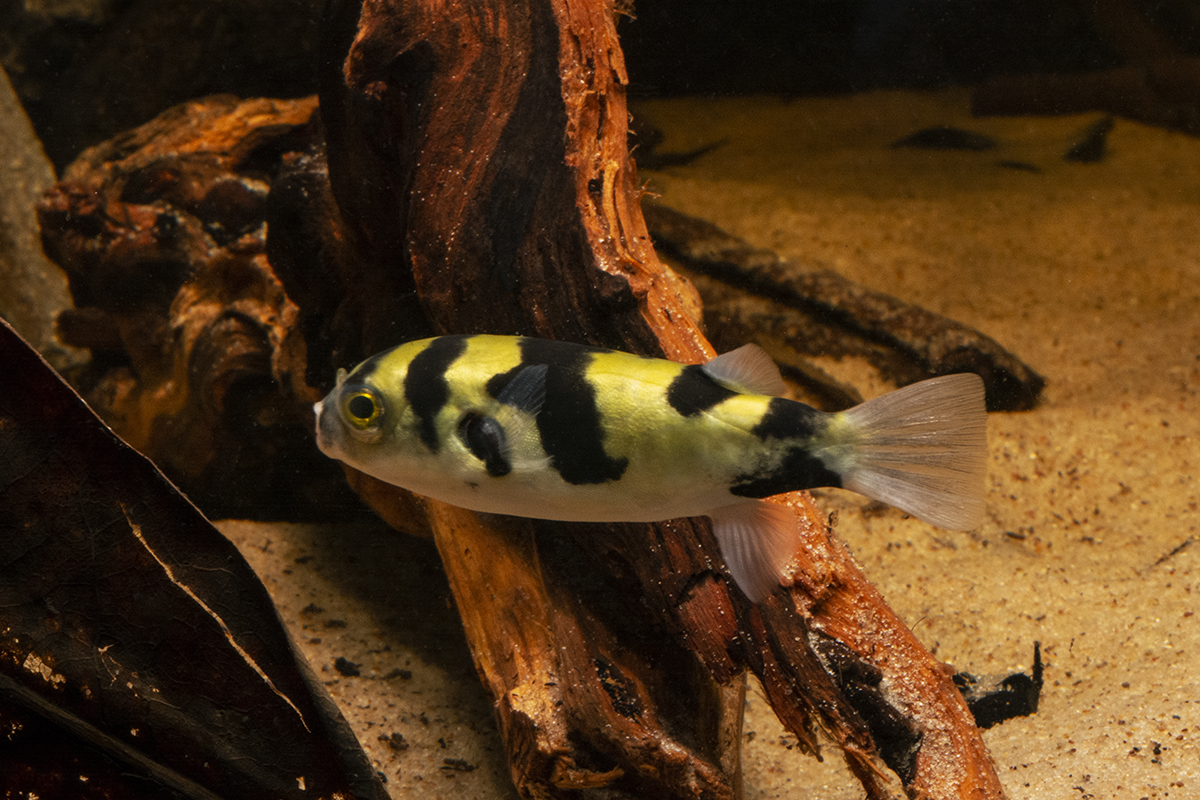 The Amazon Puffer (Colomesus asellus) is the only purely freshwater pufferfish species found in South America.

Although there are a number of marine fish families that have evolved to live in brackish and freshwater environments worldwide, few hold such interest in the aquarium hobby as the freshwater pufferfish (family Tetraodontidae). A number of purely freshwater species of pufferfish can be found throughout tropical Asia and Africa, but interestingly enough only one freshwater puffer is found in South America – the Amazon or South American Puffer, Colomesus asellus. This fish, a popular aquarium species due to its small adult size and active schooling behavior, is found from the mouth of the Amazon in Eastern Brazil to the upper reaches of the river along with certain tributaries such as the Tapajos, Japura, and Napo. 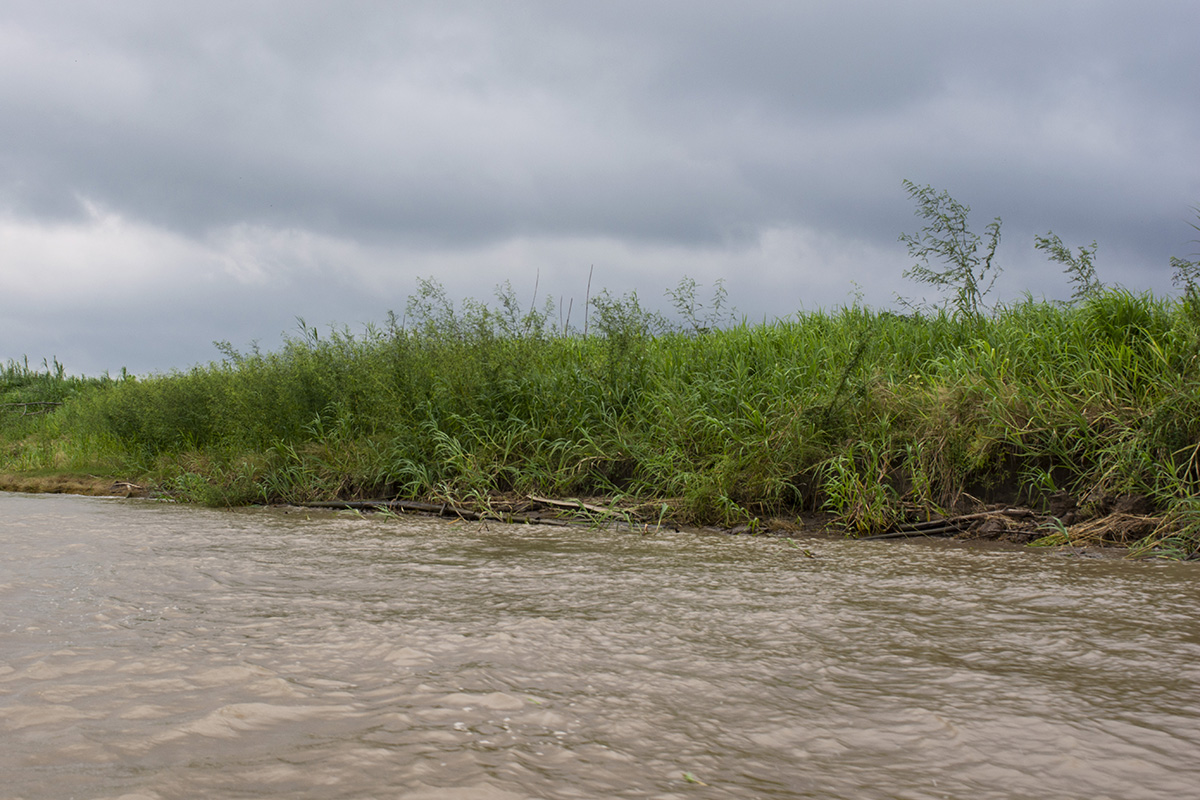 Murky, white water stretches of river are the preffered habitat of this shoaling species

Known to locals throughout most of their range as “pez globo”, this colorful fish lives in open water habitat typically around sandy shallows. These areas are usually white water, meaning sediment-rich, murky water stretches of the river rich with the crustacean and mollusk life that the Amazon Puffers feed on, using their sharp and fast-growing beaks to chew through the tough shells of their prey. In some parts of their range they can also be found in clear water areas as well, although it is a less common occurrence. 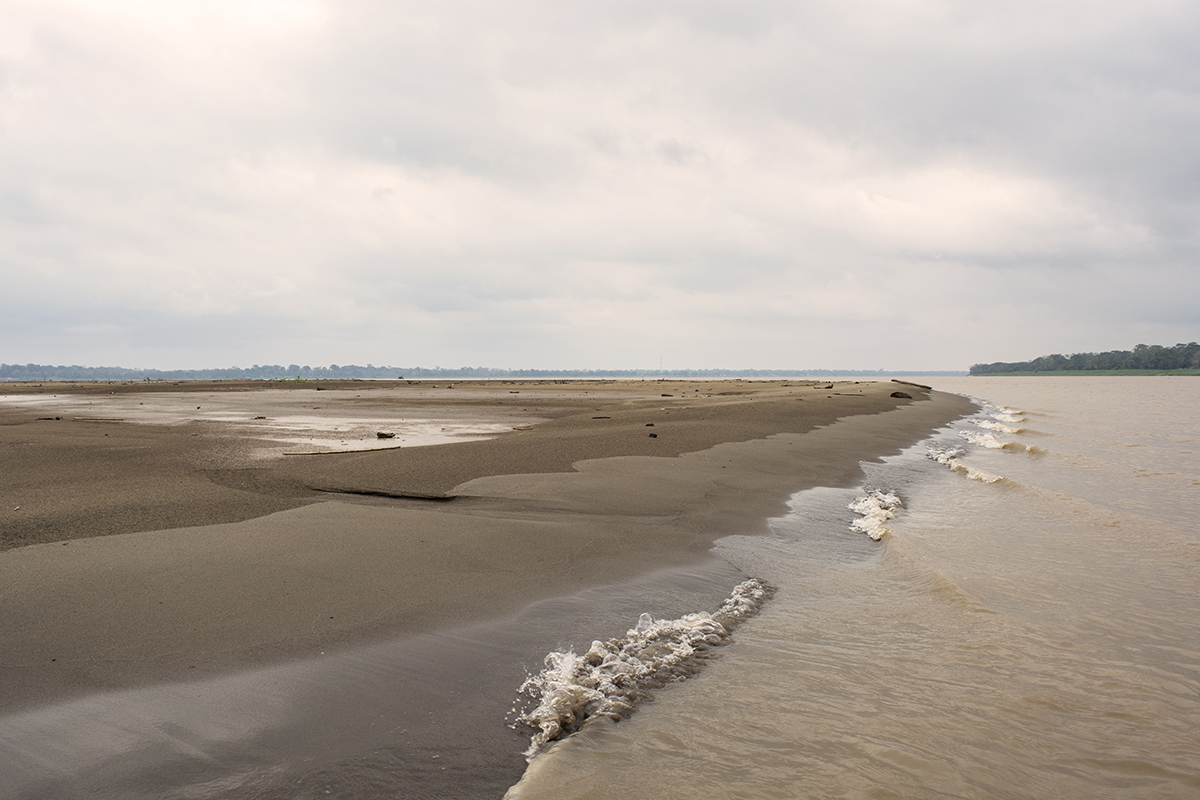 The Amazon Puffer is a popular species in the hobby but a sporadic and somewhat uncommon import due largely to seasonal changes in its wild habitat and the challenges associated with collecting them. The vast sandy shallows where they are found in large shoals only exist for part of the year, being inundated during the annual floods when the river rises and floods the surrounding forests. 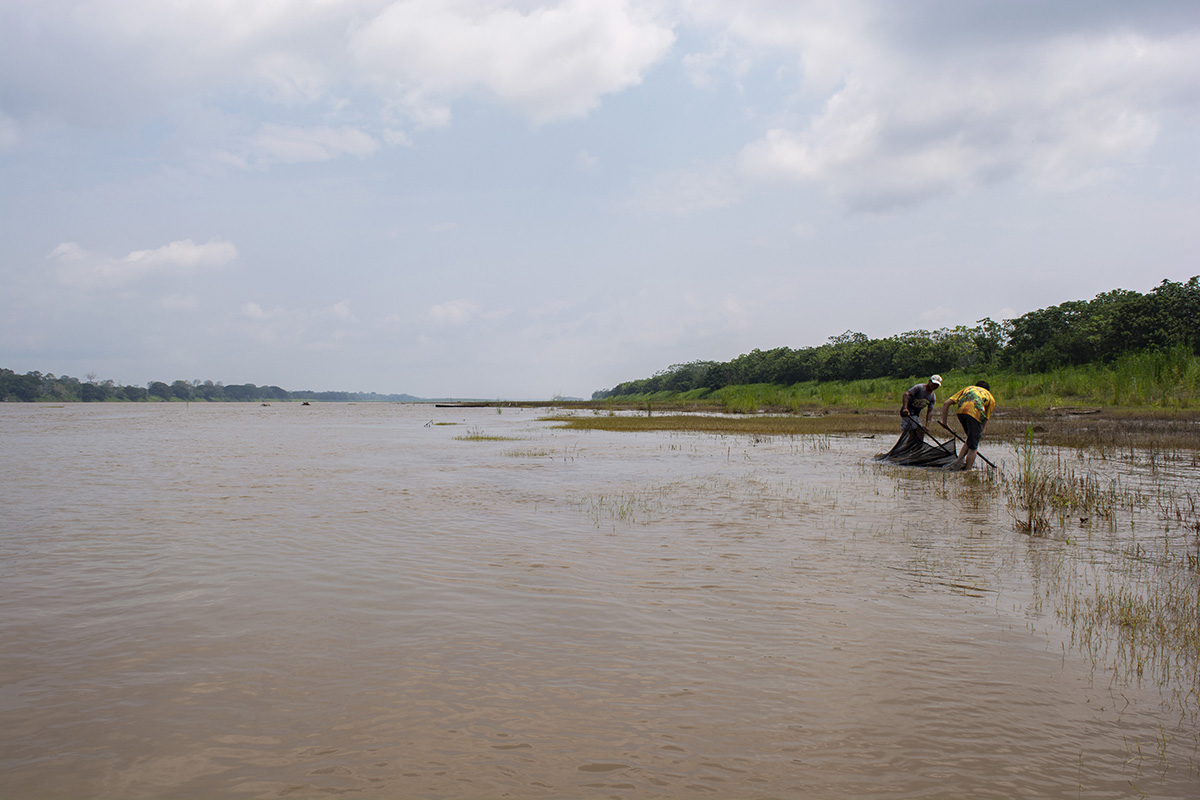 The author and a local fisherman using a seine to collect fish, including dozens of puffers

Several years ago during a long trip through the Amazon Basin, I got to collect this fascinating species in the Tres Fronteras region of the Amazon along the shared borders of Colombia, Peru, and Brazil. When conditions are good, and water levels low, collecting these fish is relatively simple, accomplished by pulling a long seine net up to the sandy shore. A good pull can easily turn up several dozen puffers, along with an assortment of sand-dwelling Loricariids, medium-sized Pimelodids, and thousands of tiny freshwater shrimp which likely make up a large part of the puffers’ diet in the wild. 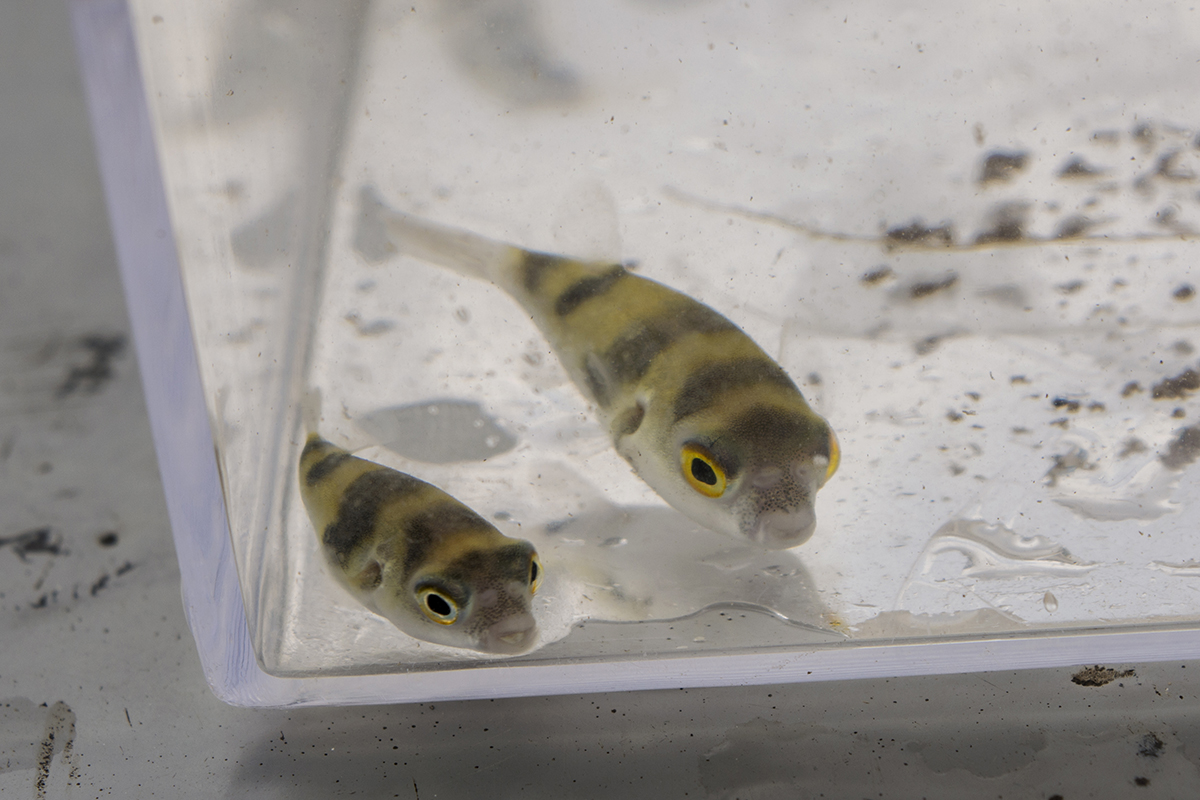 In the aquarium, this fish is relatively simple to care for but does require a tank designed with their needs in mind. They are most comfortable in groups, ideally 6 or more, and given their constant activity should be given plenty of open swimming space and appreciate at least moderate current. Unlike many freshwater puffers, they are not typically aggressive toward tankmates and will do well in a mixed-species tank. This species is known for having a very fast-growing beak and requires frequent feedings of hard-shelled food items or regular beak “trims” in captivity. The aquarium specimens photographed here are from a recent Colombia import I brought in for Aqua Imports in Boulder CO and were collected in the same parts of the Colombian Amazon pictured above. 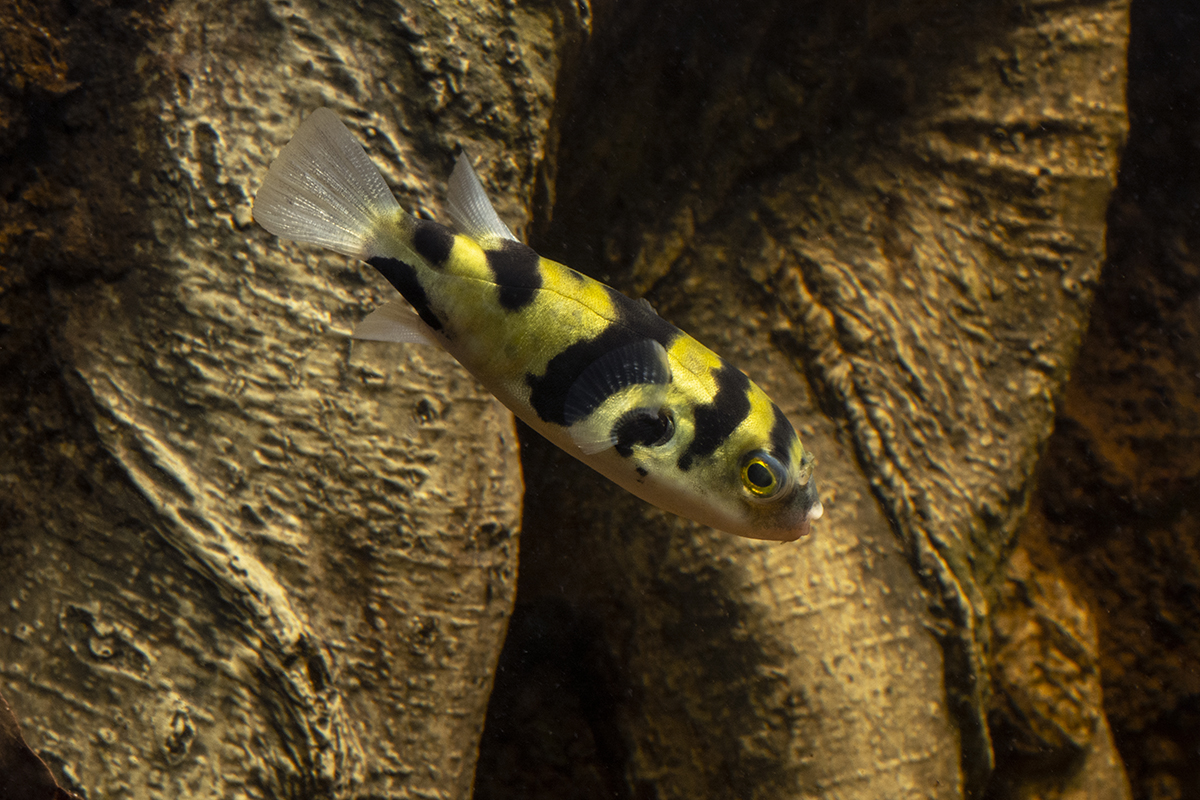 A recently imported puffer in the author’s aquarium