Side by side: Ridged Cactus Coral (Mycetophyllia lamarckiana) mother and captive spawned offspring (highly magnified) at the Florida Aquarium.

via The Florida Aquarium

Tampa, FL – Scientists at The Florida Aquarium have again made history, this time becoming the first in the world to reproduce the ridged cactus coral (Mycetophyllia lamarckiana) in human care. The breakthrough happened over several nights earlier this month at The Florida Aquarium’s Center for Conservation, which is located at the Florida Conservation Technology Center in Apollo Beach. The work is part of a collaboration effort to save the Florida Reef Tract from extinction with the Florida Fish and Wildlife Conservation Commission (FWC) and National Oceanic and Atmospheric Administration (NOAA) National Marine Fisheries Service. 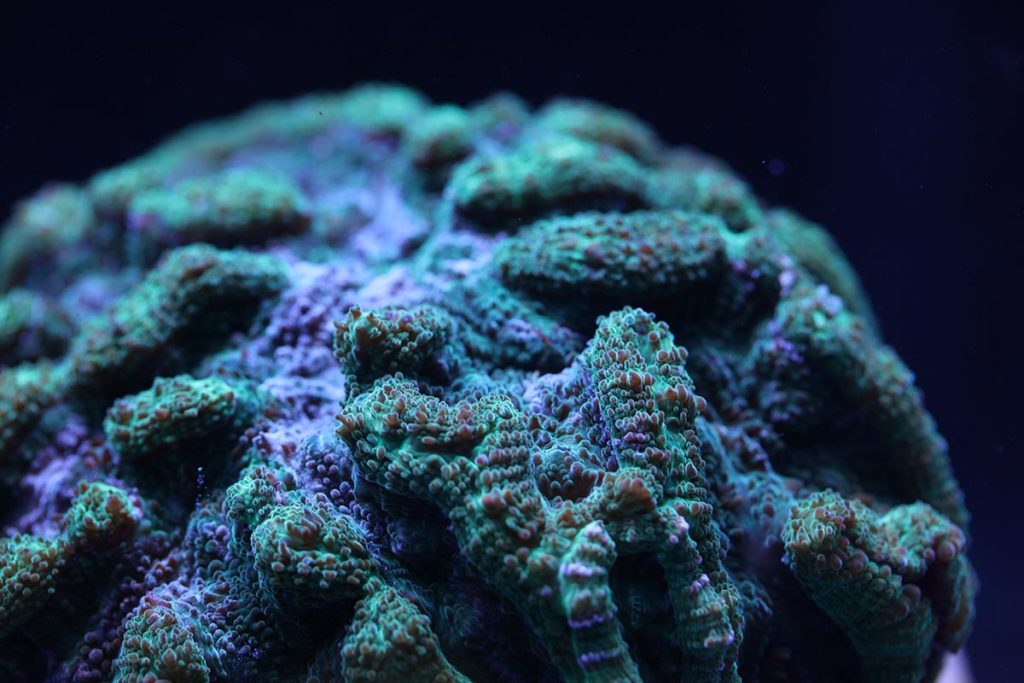 Broodstock of the Ridged Cactus Coral (Mycetophyllia lamarckiana), a native of the Caribbean, Bahamas, and Florida.

“Our resolve to save Florida’s endangered coral reefs continues, and this historic breakthrough by our coral experts, our second in 8 months, provides additional hope for the future of all coral reefs in our backyard and around the globe,” said Roger Germann, President and CEO of The Florida Aquarium. “While our Aquarium remains temporarily closed to the public as we support our community’s well-being efforts, not even a global pandemic can slow us down when it comes to protecting and restoring America’s ‘great’ barrier reef.” 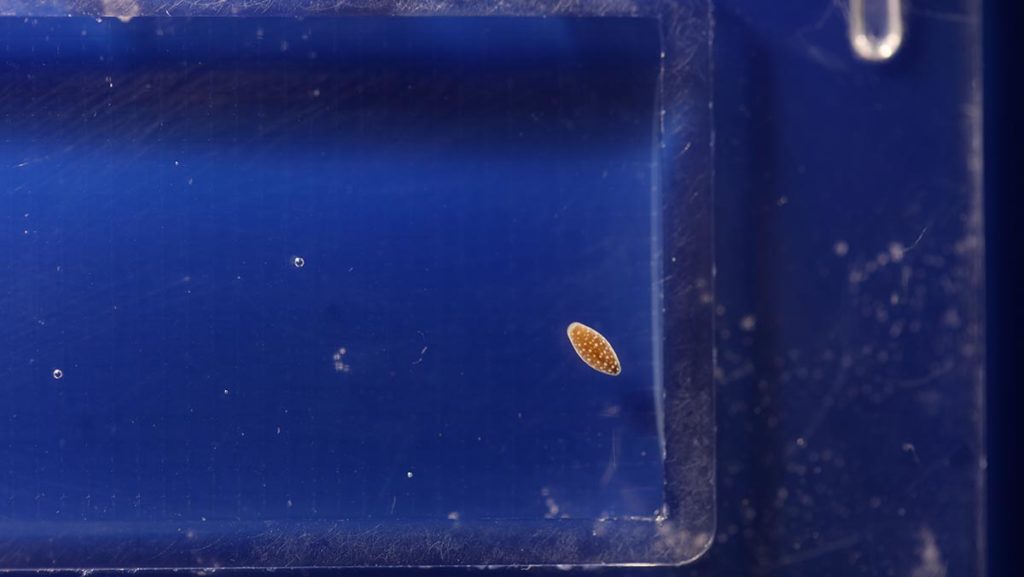 Mycetophyllia lamarckiana larvae searching the aquarium for a settlement site.

“These advances give us hope that the round-the-clock work we are doing will make a difference to help conserve this species and save these animals from extinction,” said Florida Aquarium Senior Coral Scientist Keri O’Neil. “To date, we have now been able to sexually reproduce eight different species of coral affected by Stony Coral Tissue Loss Disease at The Florida Aquarium’s Center for Conservation campus.”

Last year on August 20th, The Florida Aquarium announced a massive breakthrough when it revealed that its scientists were the first in the world to be able to get Atlantic Ocean coral to spawn in a controlled laboratory environment. 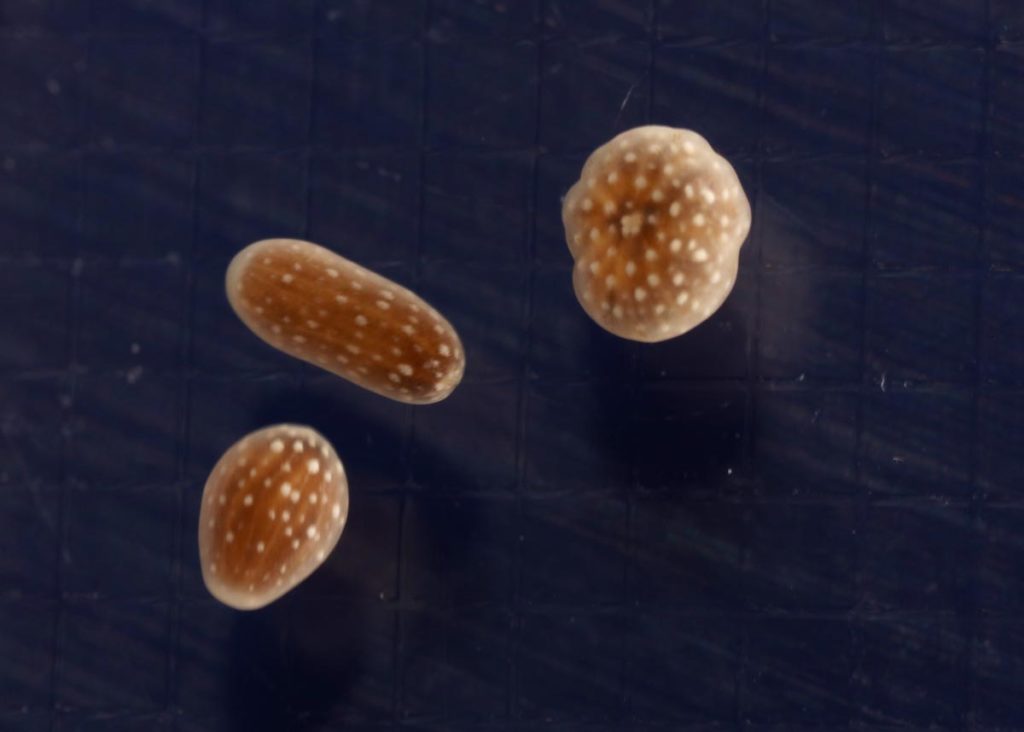 Ridged cactus corals are often brightly colored, with ridges that don’t connect in the center. They are a brooding coral, which means their sperm is released into the water, but their eggs are not, and fertilization and larval development occurs inside the parent coral. The corals release a fully developed larvae that swims immediately after release. Brooding corals release fewer and larger larvae that already carry the symbiotic algae from their parents that is critical for survival. Florida Aquarium coral biologists noted that the larvae of the ridged cactus coral were the largest that they have ever seen, and they are working to document the entire process. 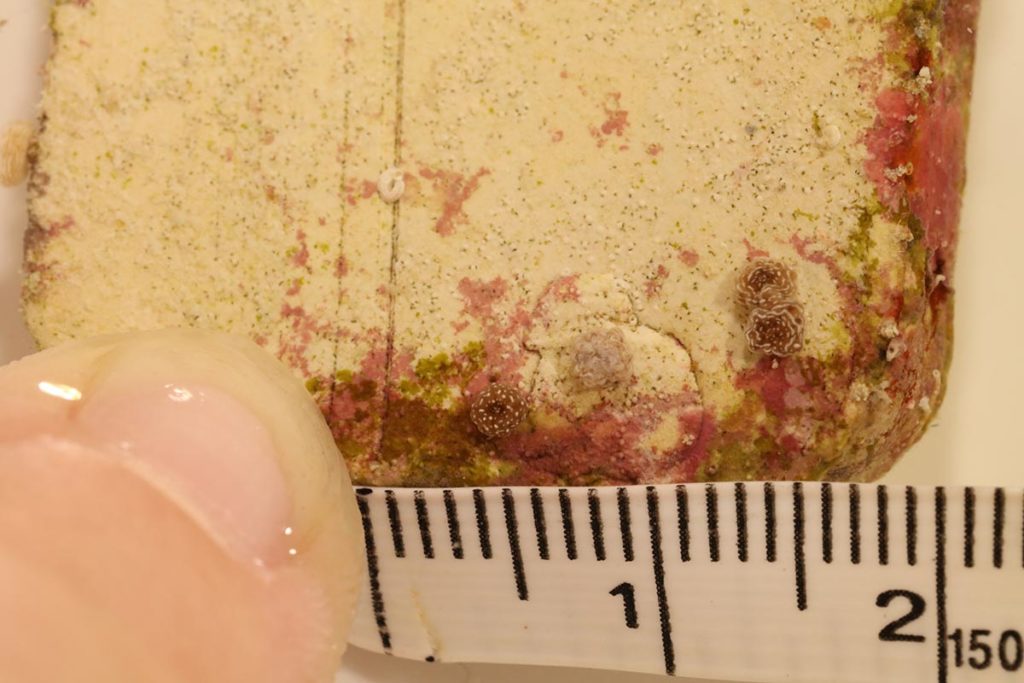 “They are so unusual that I actually was not sure it was coral larvae,” noted Emily Williams, a coral biologist.

No one knows how long the corals will continue to release the larvae or how many will be produced, as no one has documented this process before in this species. 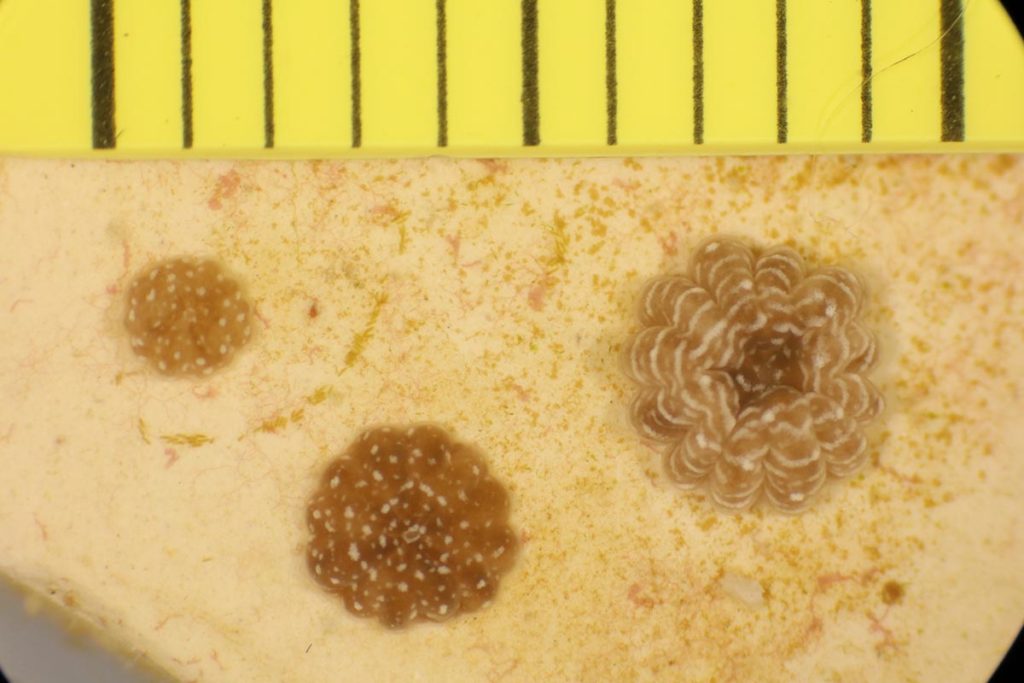 “We certainly could not have achieved these groundbreaking efforts without our partners, including the Florida Fish and Wildlife Conservation Commission, National Oceanic and Atmospheric Administration, Association of Zoos and Aquariums, Great Lakes Dredge and Dock, and TECO Energy. Without their coordination, involvement, and, most importantly, financial investments, the Florida Reef Tract might not survive,” added Germann.

About The Florida Aquarium

The Florida Aquarium actively participates in and promotes stewardship of the natural environment as part of our mission of conservation. As a 501(c)(3) not-for-profit organization, The Florida Aquarium provides an opportunity to see over 8,000 aquatic and terrestrial animals, explore complex ecosystems, look for wild dolphins in Tampa Bay, play at the Splash Pad and more! Ranked #2 Aquarium in North America in a recent USA TODAY’S 10 Best Readers’ Choice Awards, the aquarium is more than a must-see attraction, The Florida Aquarium is working to protect and restore our blue planet on many conservation fronts, including research and rescue efforts that help restore Florida’s sea turtle and coral populations and to ensure that sharks continue to swim our seas. In August of 2019, The Florida Aquarium, in partnership with Project Coral, became the first to successfully spawn critically endangered pillar coral in a laboratory. To learn more, follow us on social media at @floridaaquarium and visit www.flaquarium.org.

Watch the captive release of coral larvae by the Ridged Cactus Coral, Mycetophyllia lamarckiana, as documented by The Florida Aquarium.