The Marine Aquariums and Reef Tanks of Global Pet Expo 2020 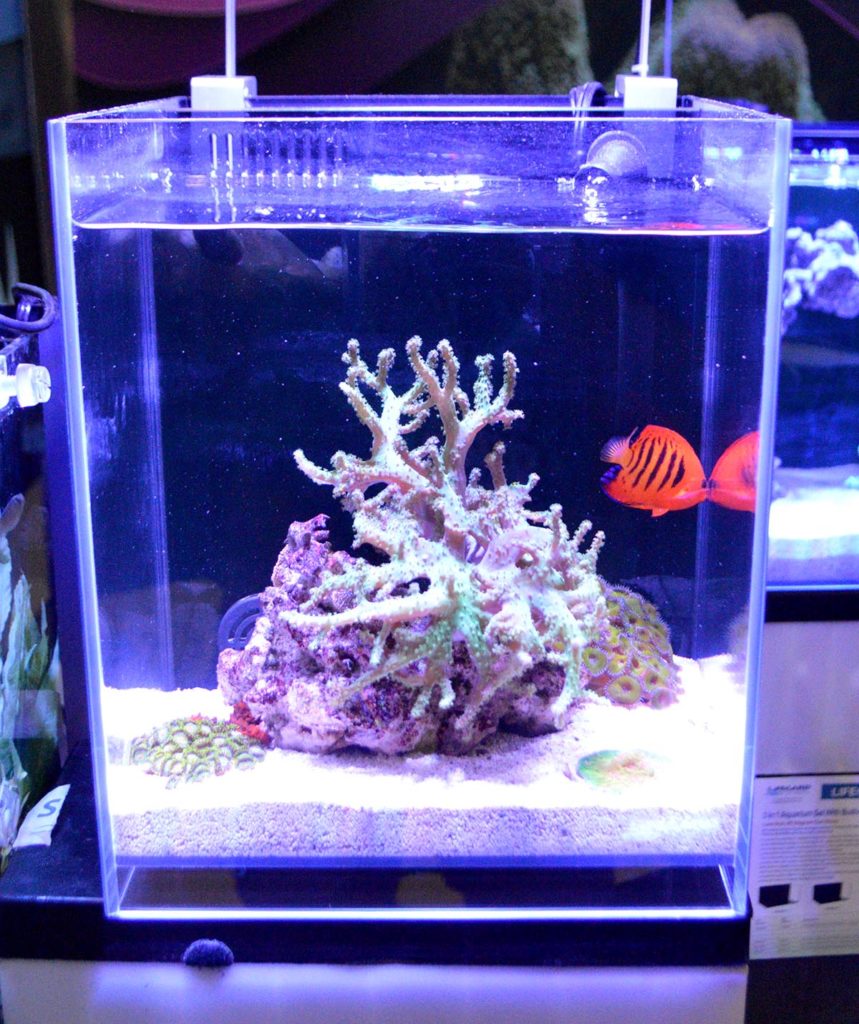 A nano-reef display at Dr. Tim’s Aquatics, featuring Lifegard’s Crystal Aquariums Elevated Series, which raises the bottom pane of the aquarium up off the stand to give a unique appearance.

Our latest photo spread depicts many of the reef aquariums and saltwater fish tanks that were showcased by exhibitors at the 2020 Global Pet Expo. It’s amazing to think that these ephemeral aquarium displays are assembled by professionals just days before the event, and are dismantled after the fact in just a matter of hours—don’t try this at home!

If you’d like even more, check out the freshwater version of this article! 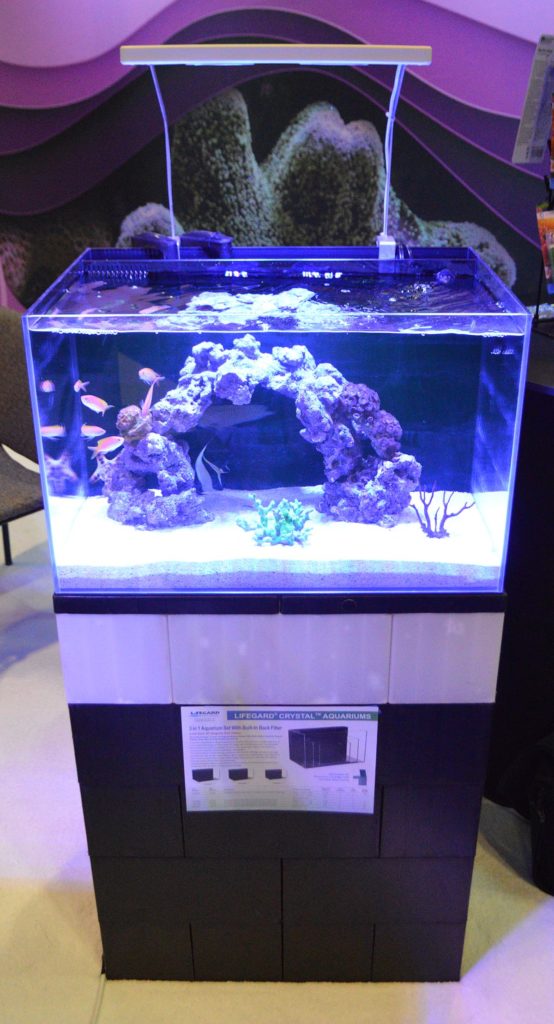 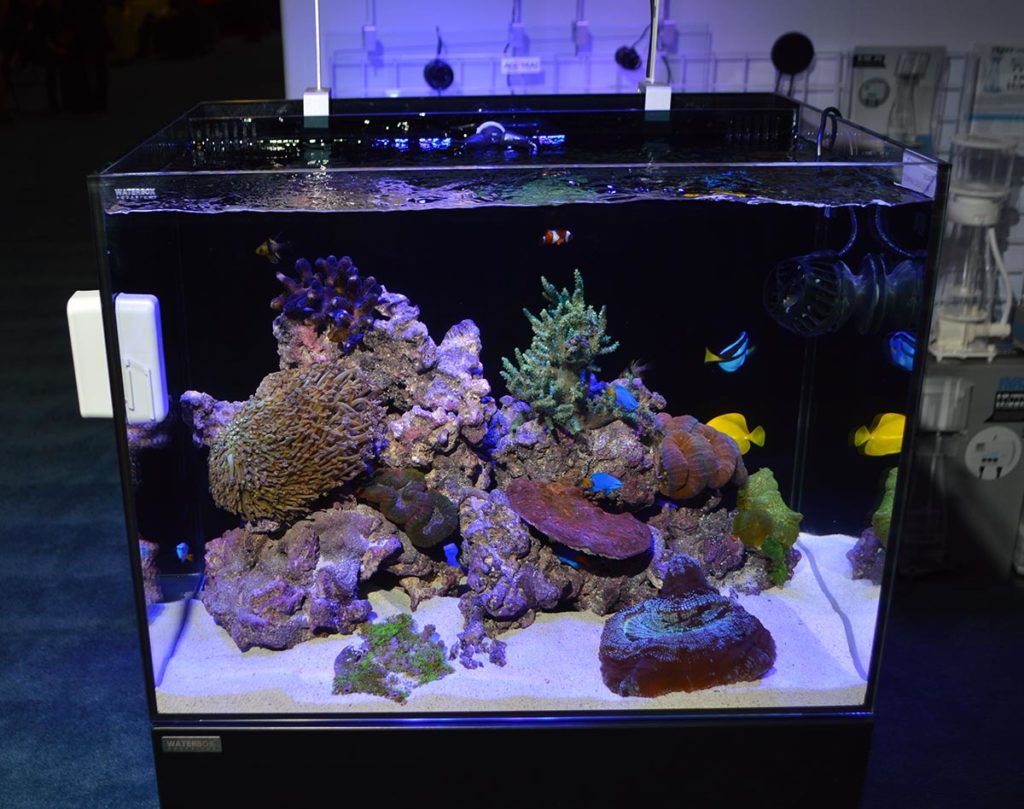 The display reef from AQAMAI/Hydor. 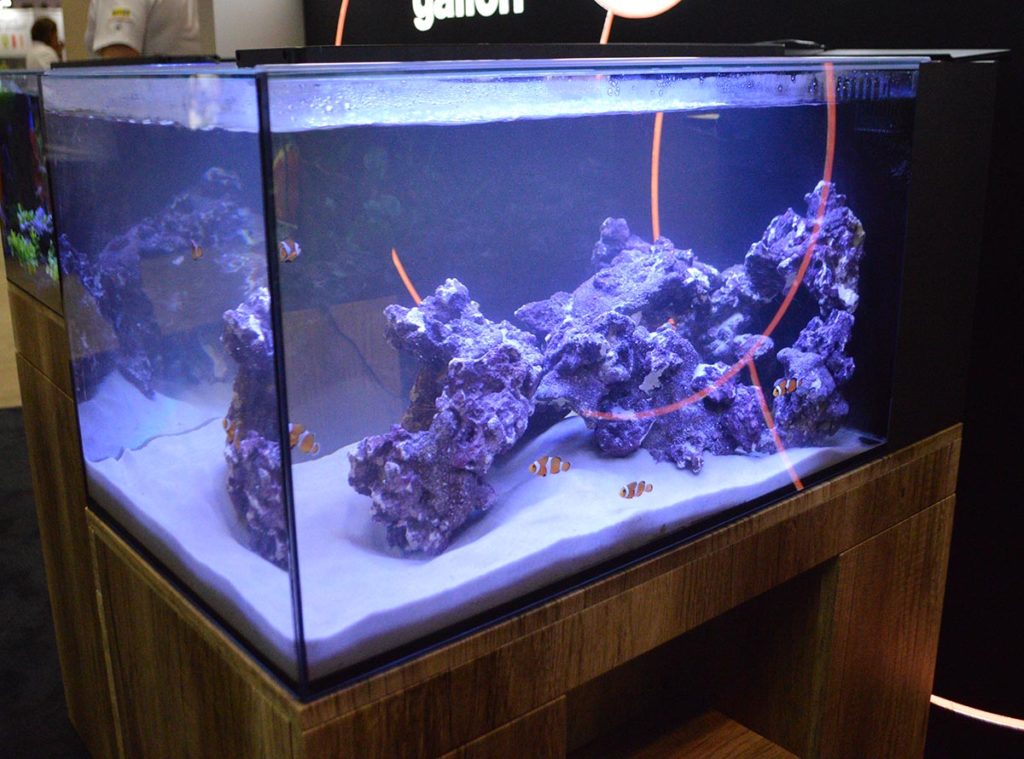 A 25-gallon saltwater aquarium put on display by Marineland. 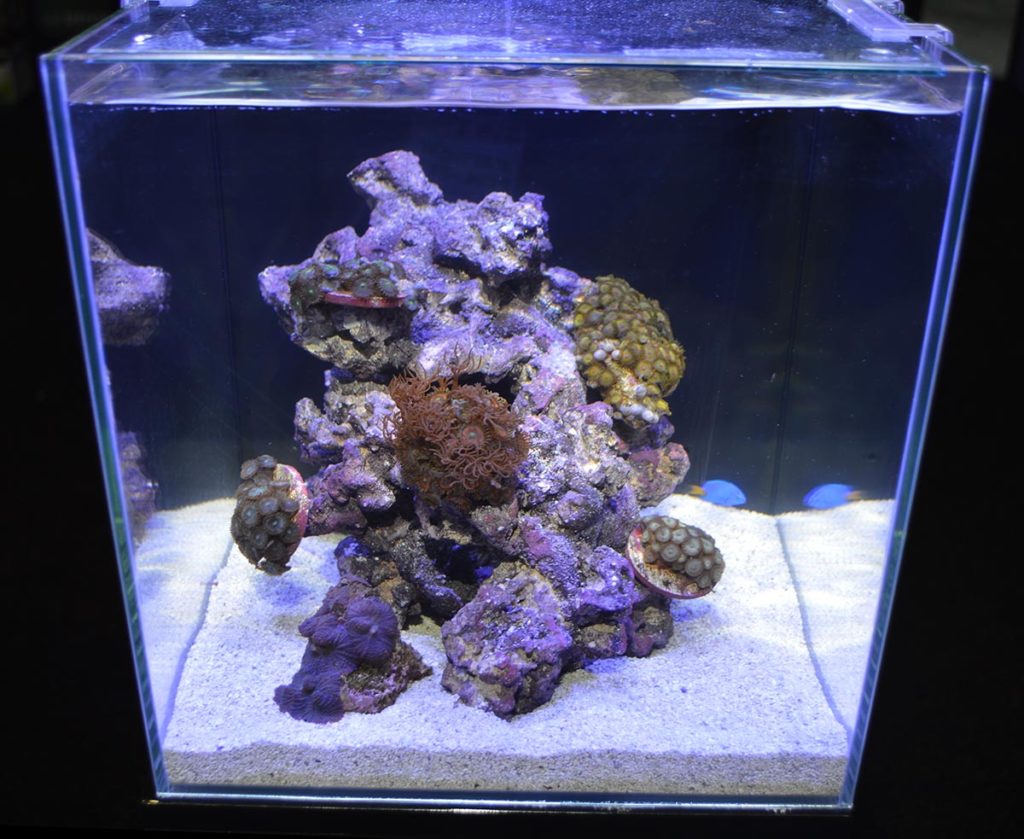 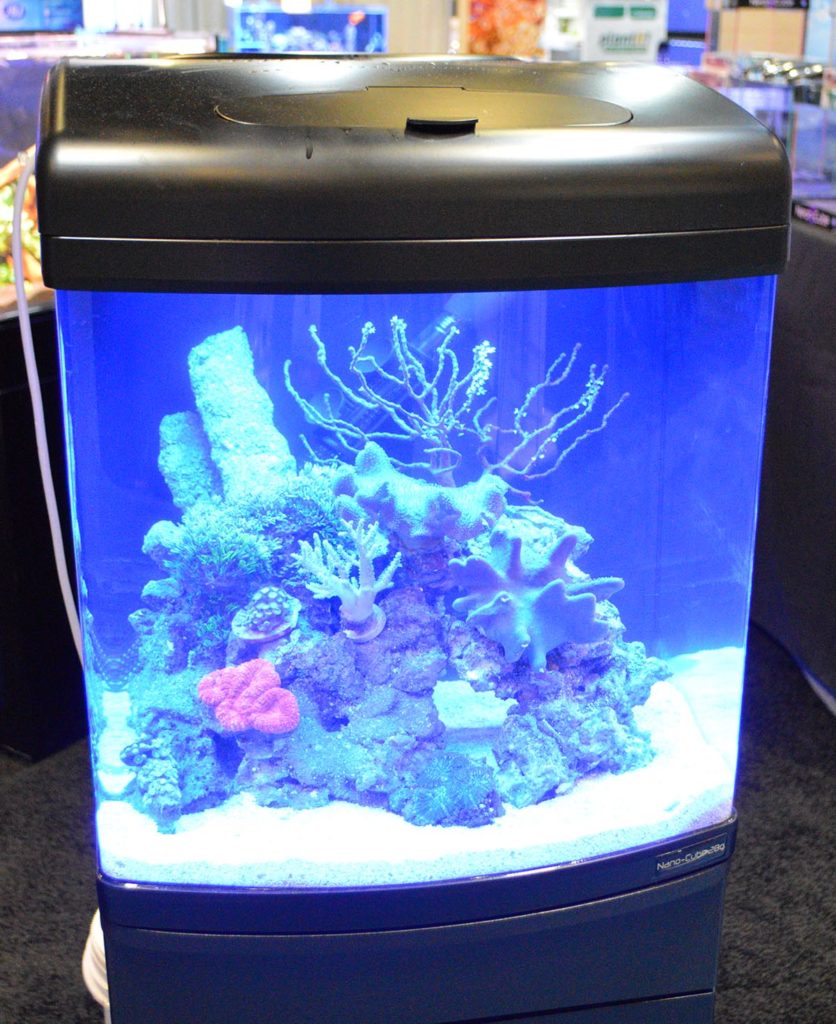 JBJ’s classic Nano-Cube, set up as a reef aquarium. 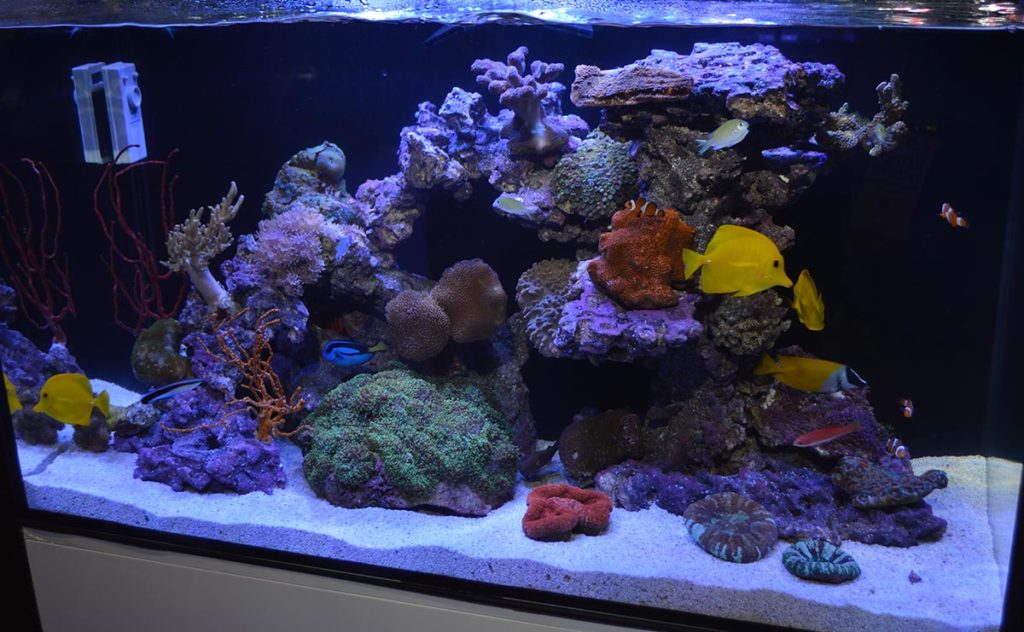 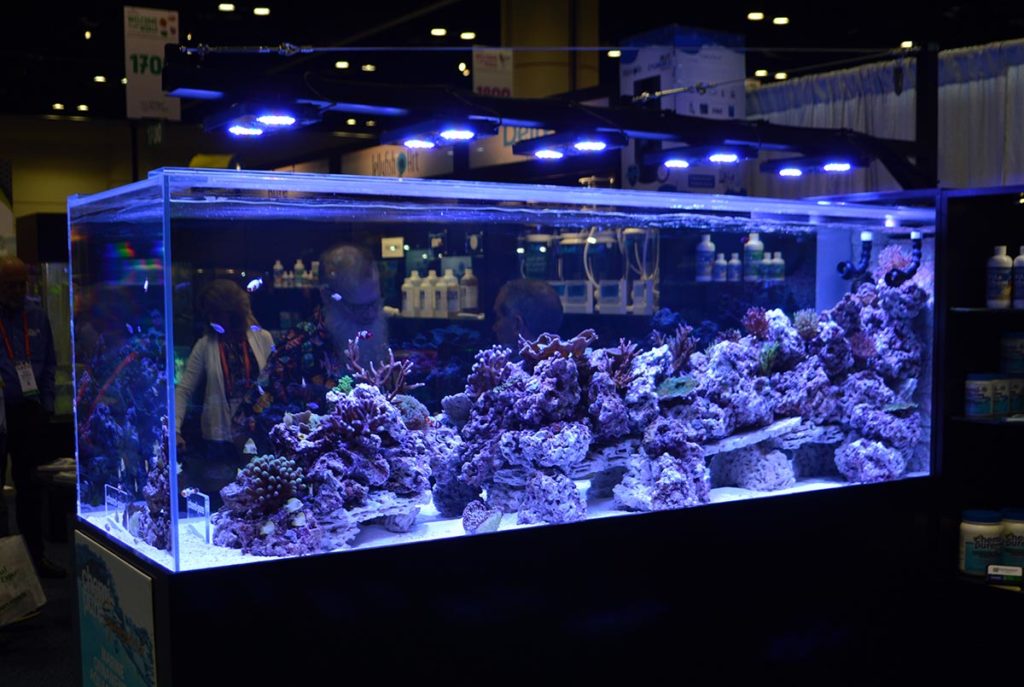 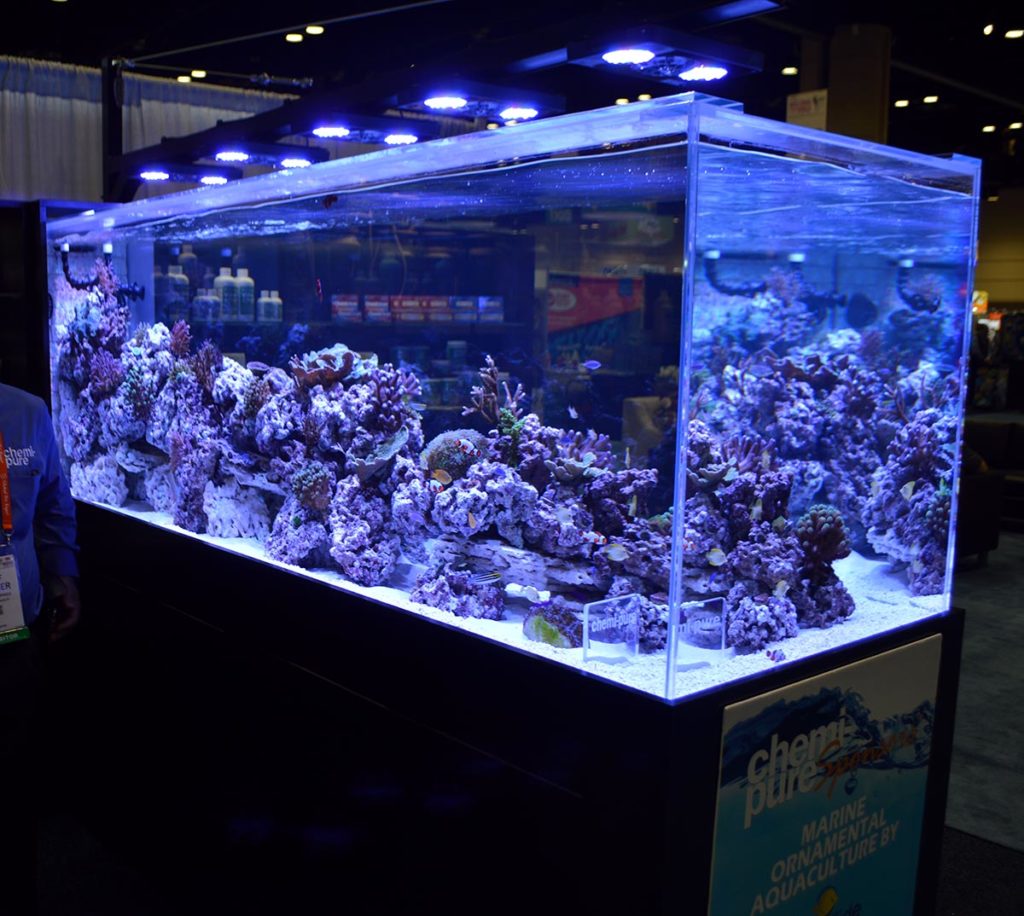 The tank features Radion Lighting and many captive-bred and farmed livestock examples from ORA, Biota, and others! 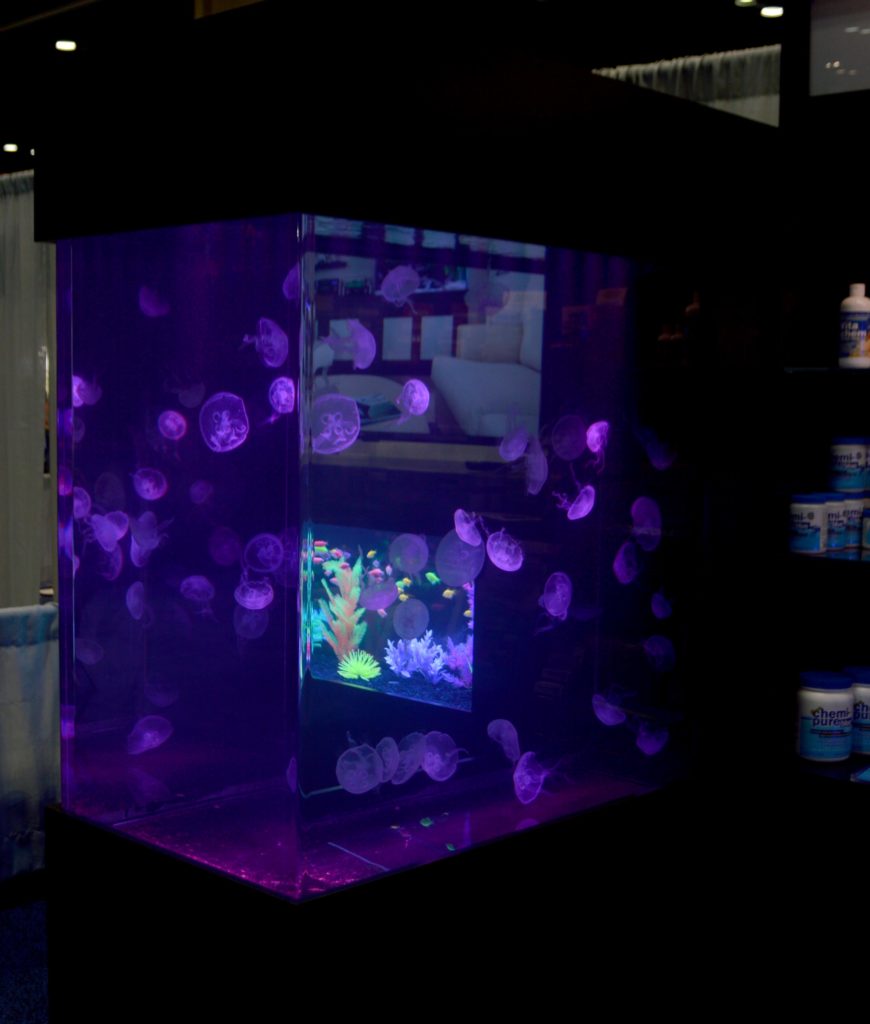 Under the Boyd Enterprises umbrella, jellyfish tanks both big and small come to the home aquarist. Reef Aquaria Design showcased this large-scale display. 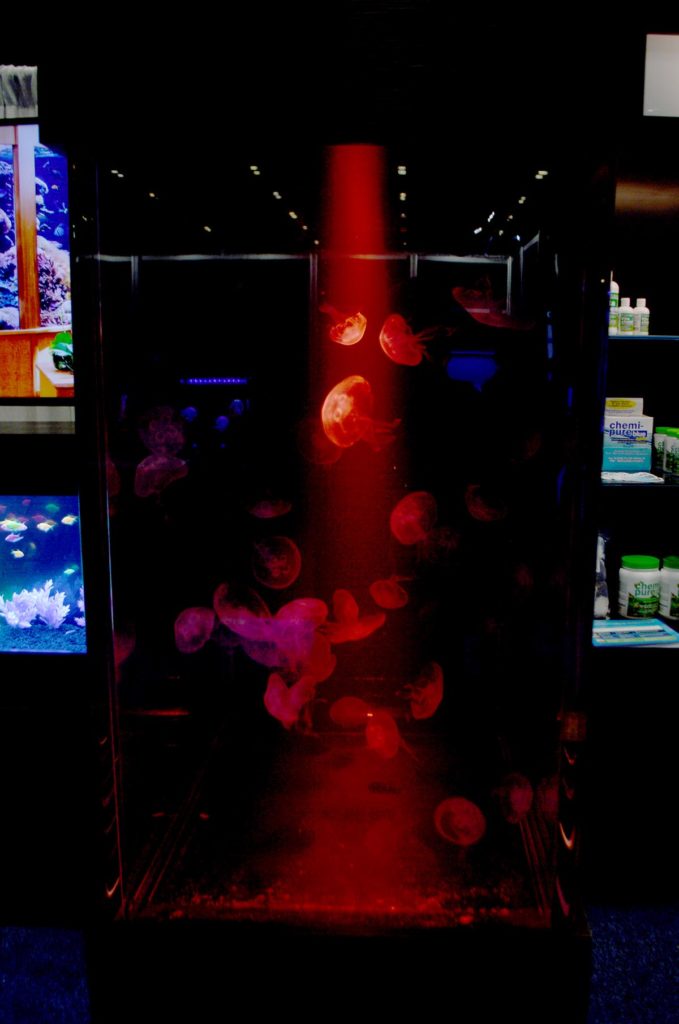 The large jellyfish display was viewable from three sides…. 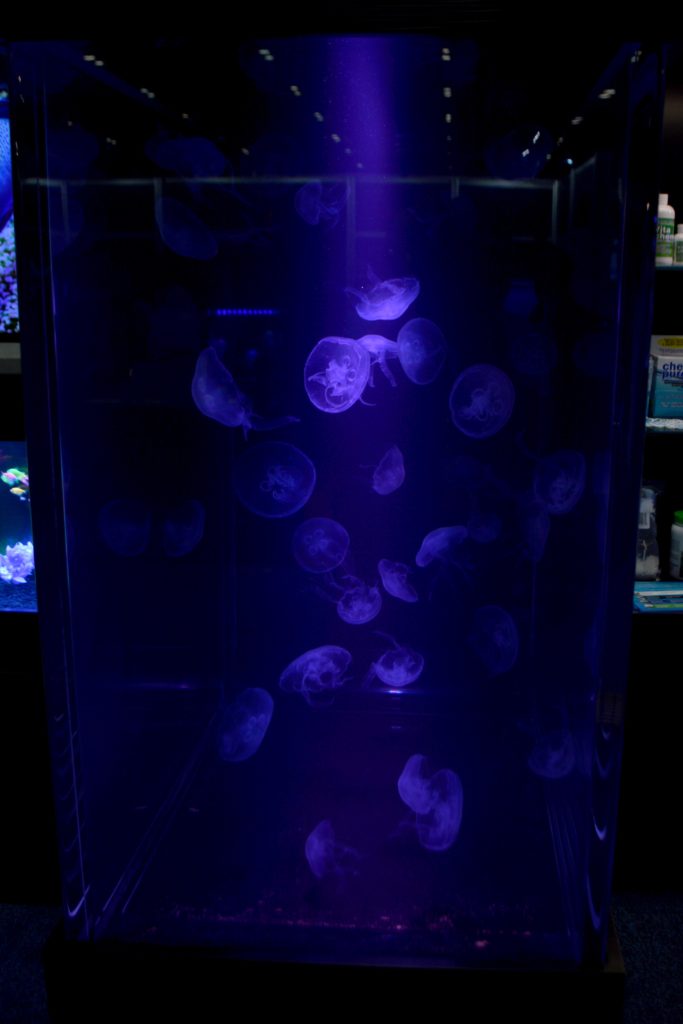 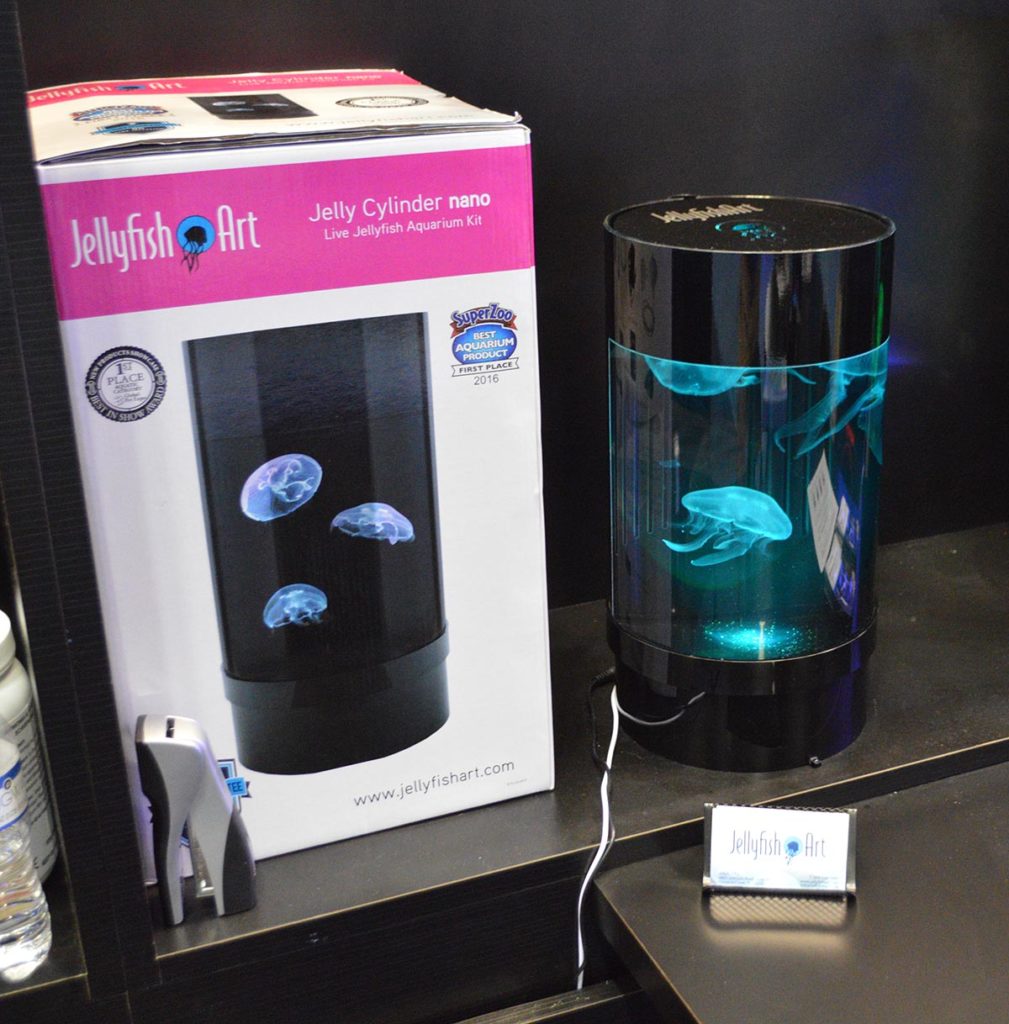 Jellyfish Art was also on display for smaller-scale jellyfish-keeping options. 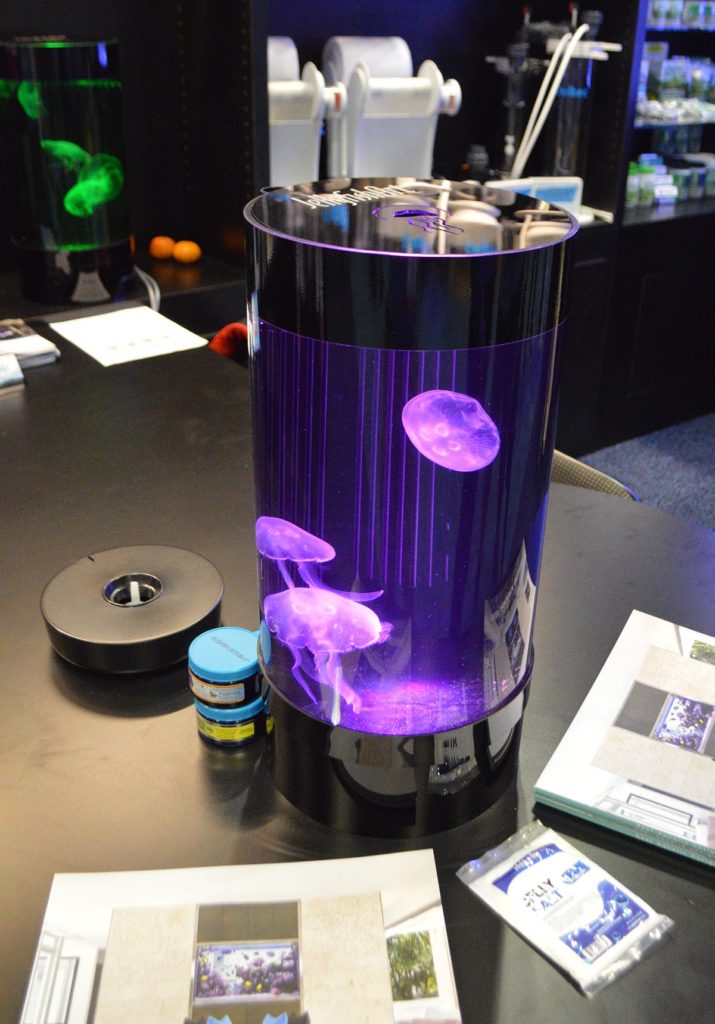 Jellyfish Art noted that they are continuing to improve upon their existing cylinder designs, available in both 2- and 5-gallon sizes. 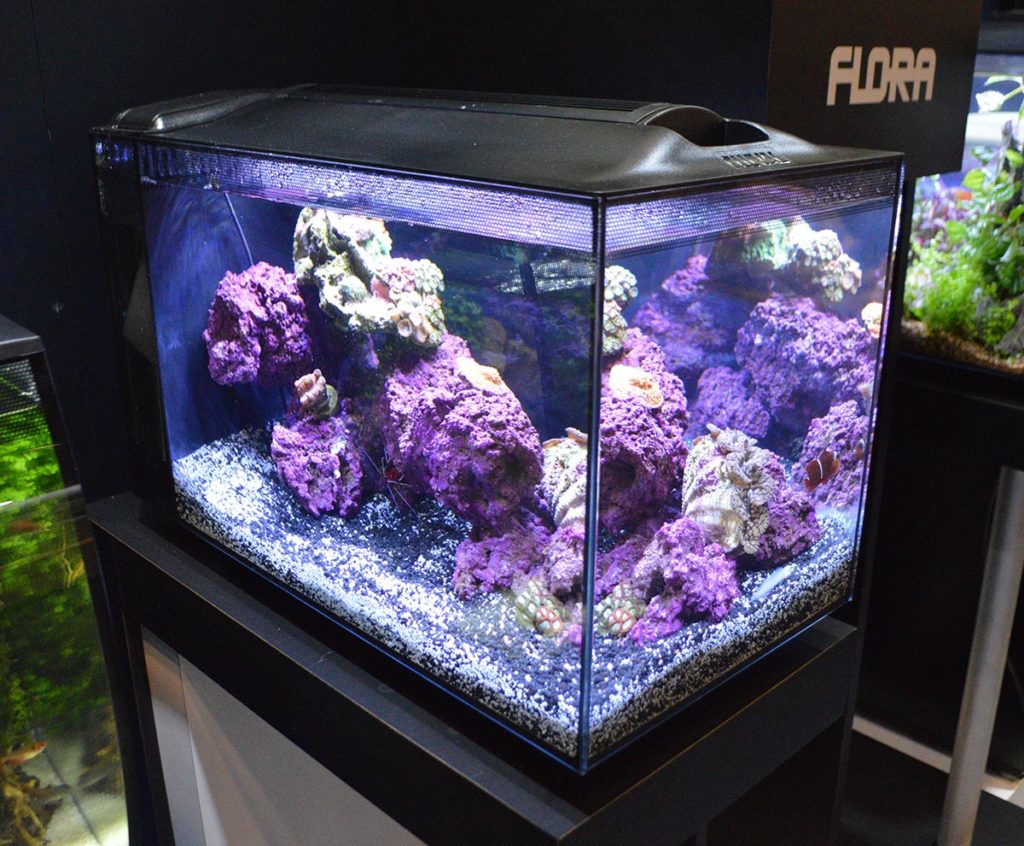 Fluval’s 13.5-gallon EVO marine aquarium was on display. It is viewable from three sides, and is effectively a mini/desktop peninsula aquarium. 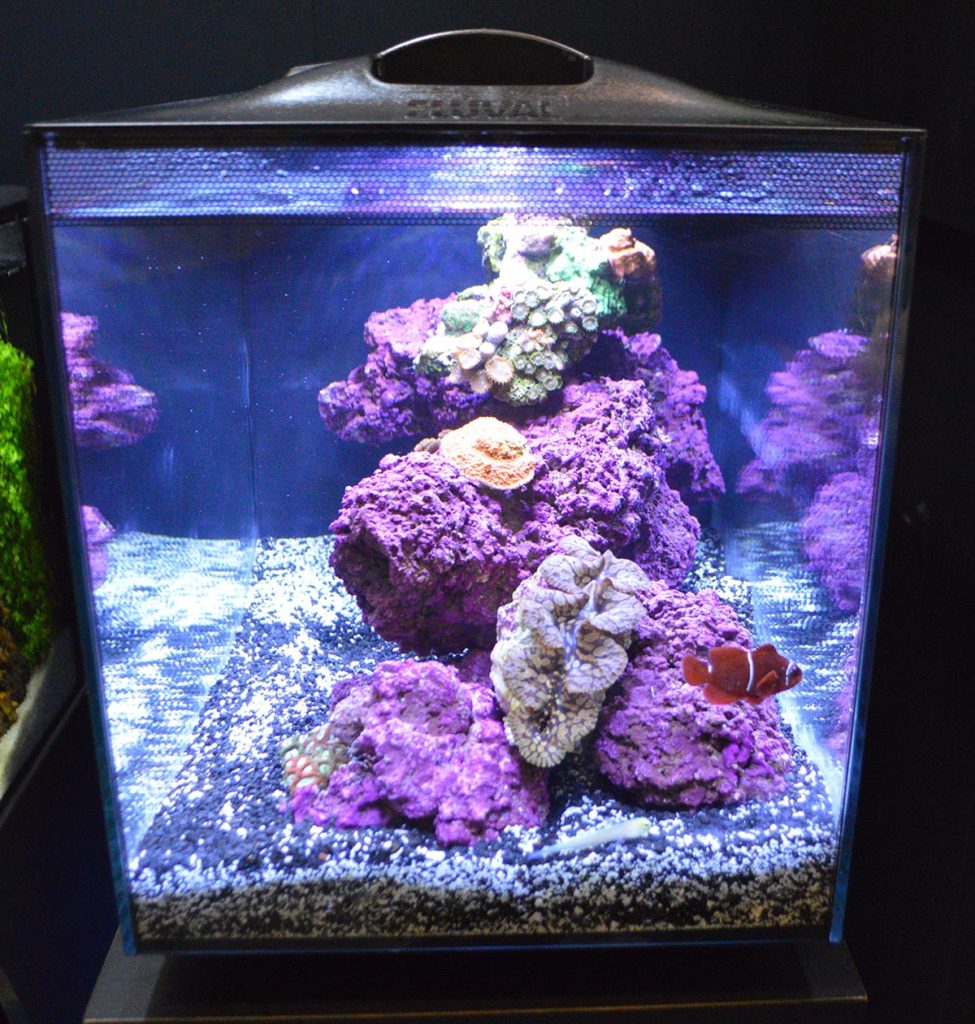 A view of the Fluval EVO from the end. 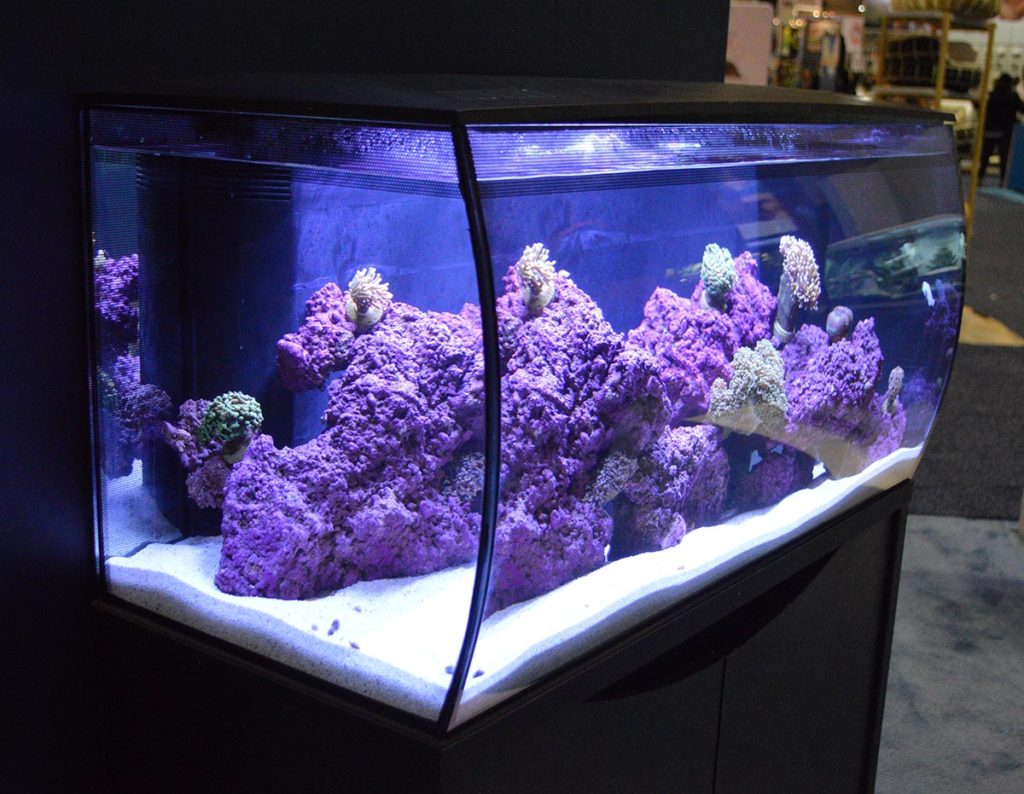 Fluval’s FLEX line of aquariums was on prominent display; this larger version was set up as a saltwater aquarium. 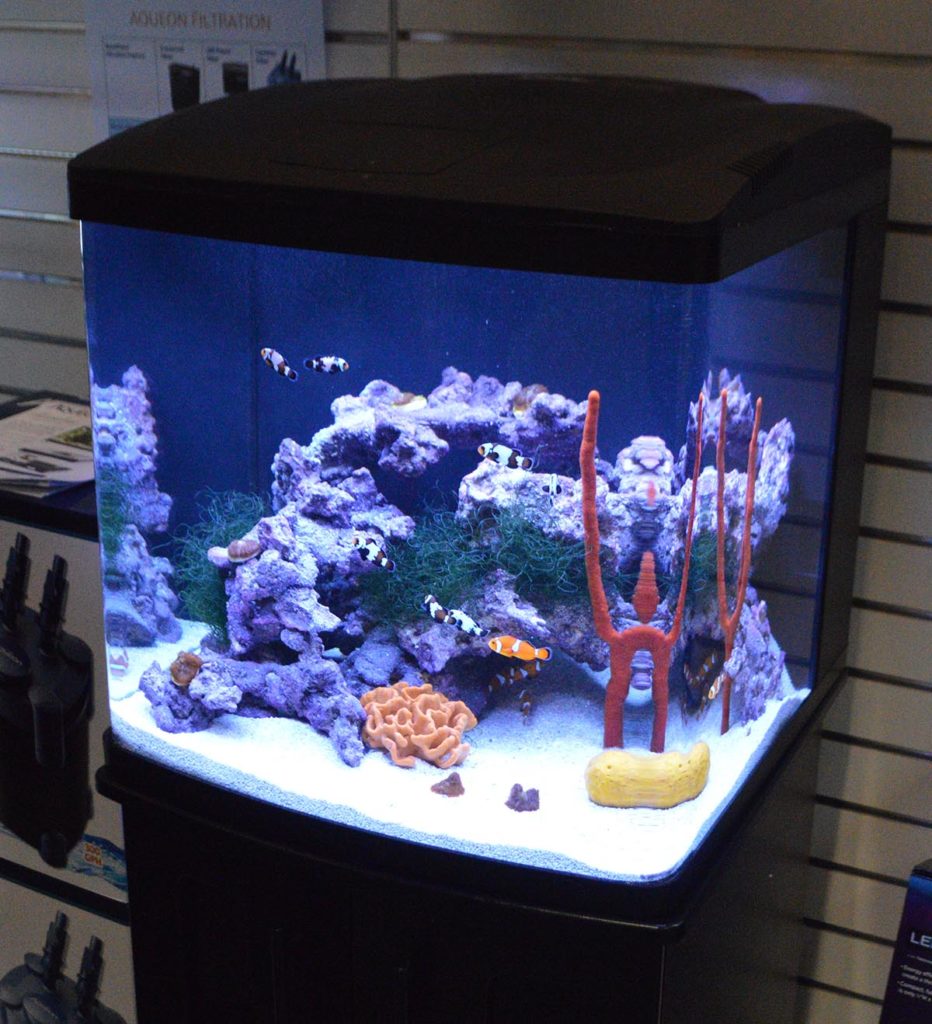 A Coralife LED BioCube on display with Aqueon is a classic all-in-one entry point to the reef aquarium hobby. 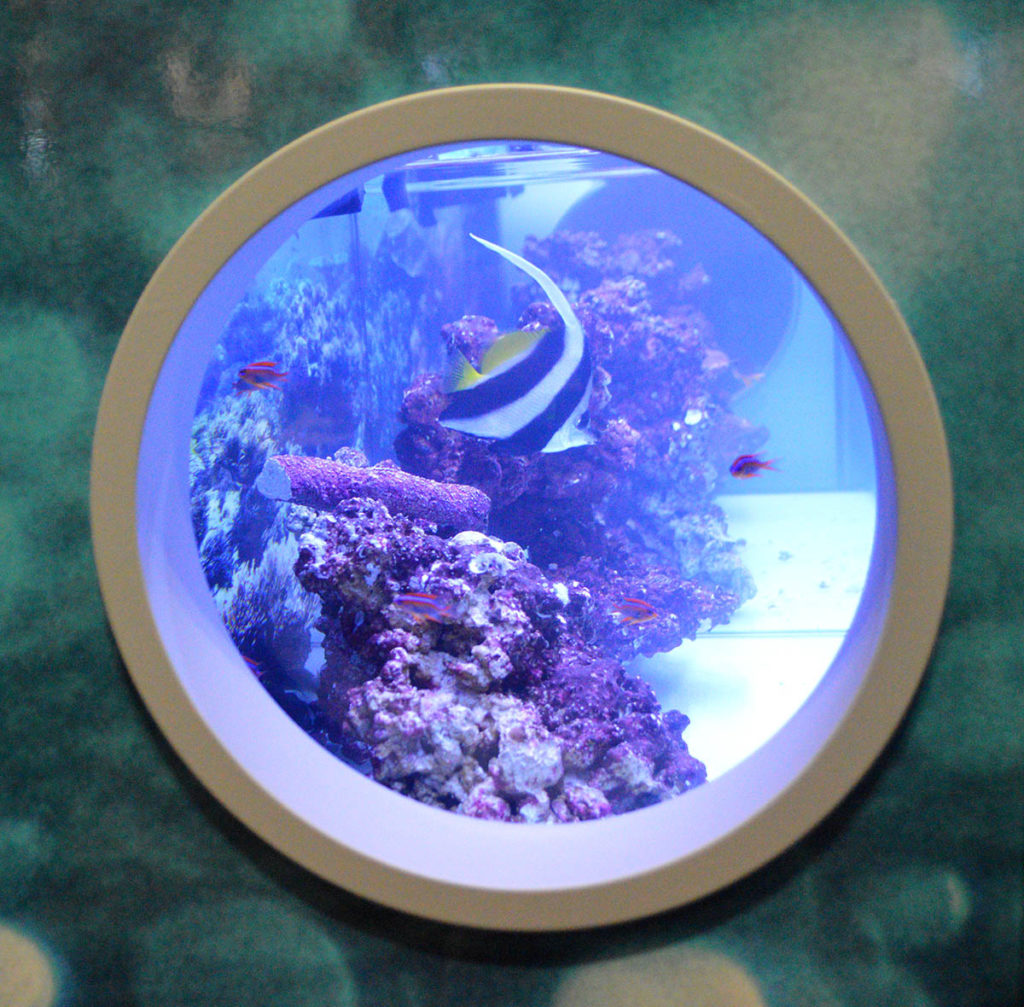 A viewing portal through the side of a commercial-style display housing marine fish from Segrest Farms. 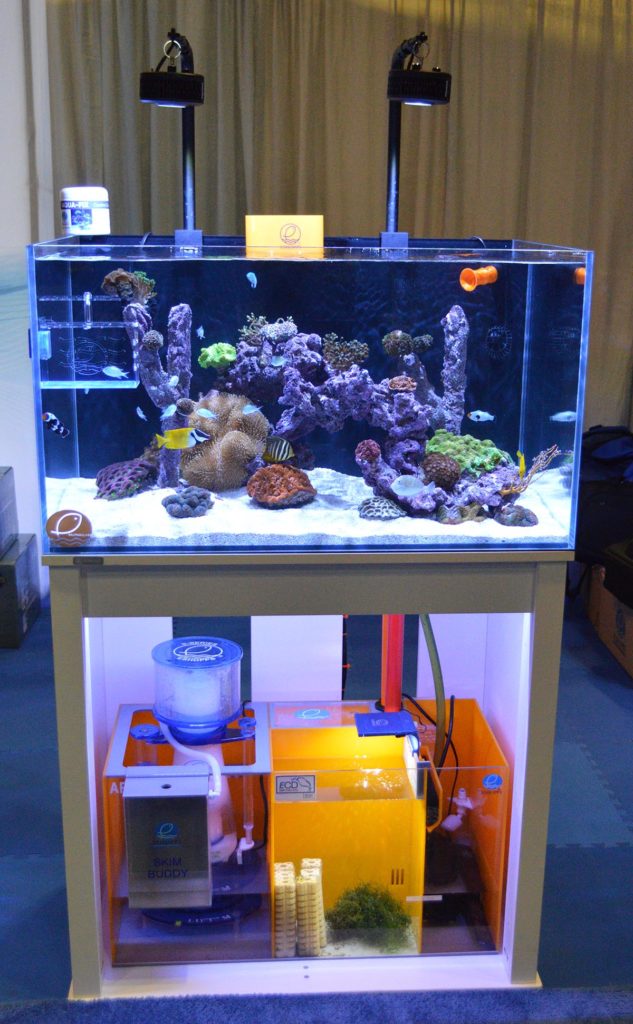 This display reef from Eshopps showcased their entire line of aquarium products. 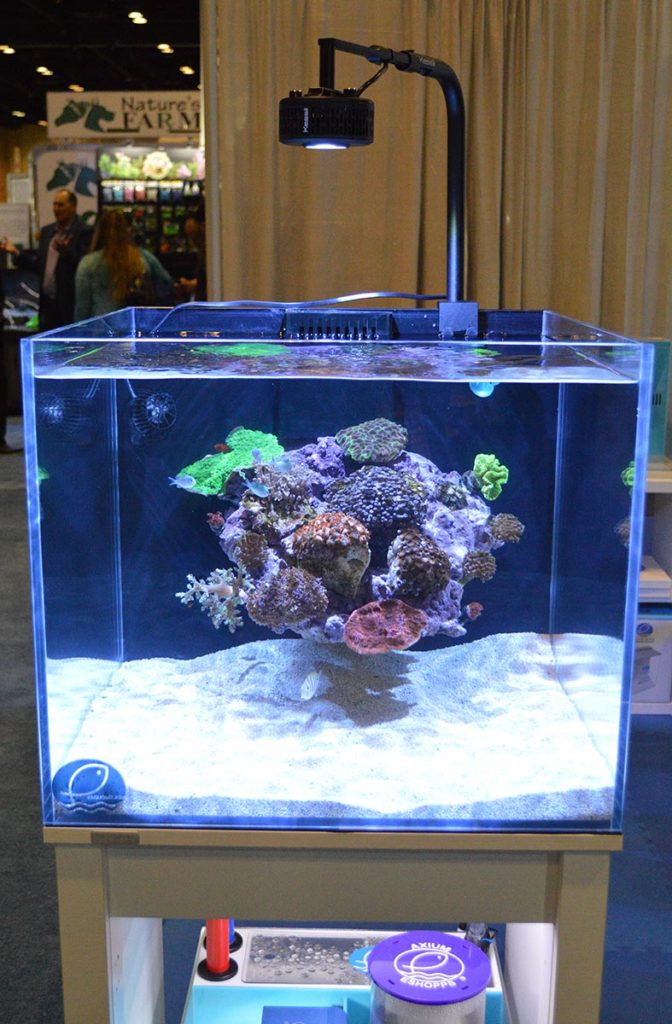 This cube system, a second display tank at Eshopps, caught the attention of many with a lesser-seen aquascaping approach, a reefscape suspended in mid-water. 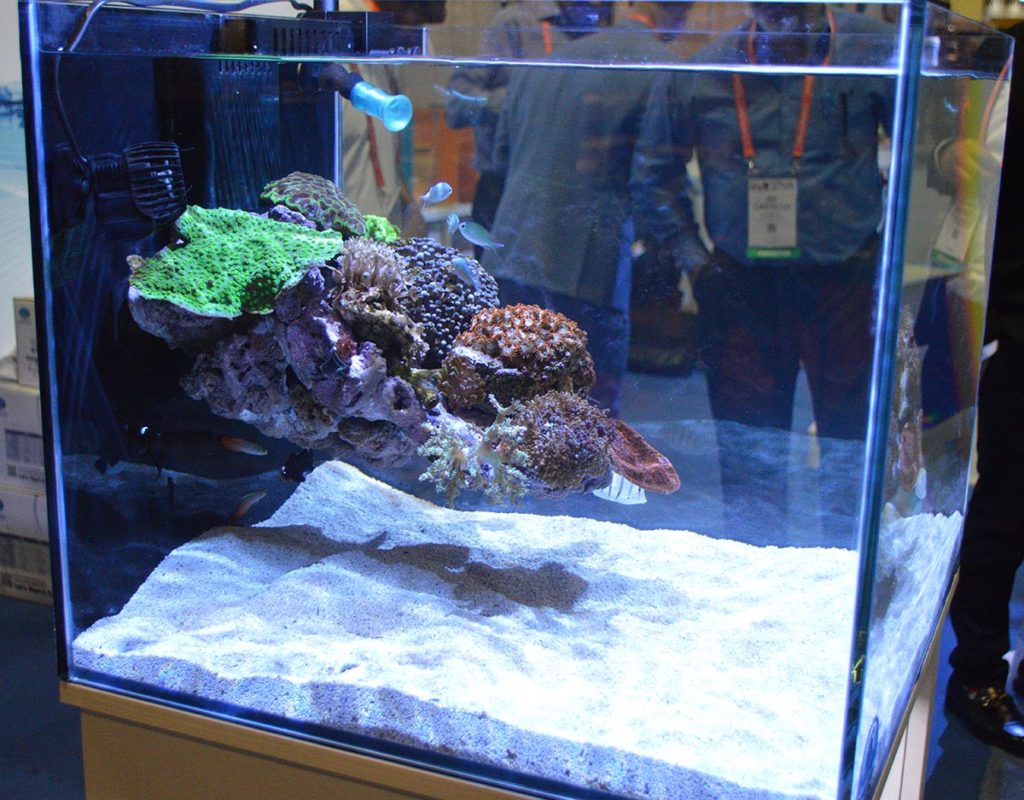 The “free-floating” reef structure and vast expanse of sand substrate really had people pondering “How?” and thinking, “Maybe I should try this too?” 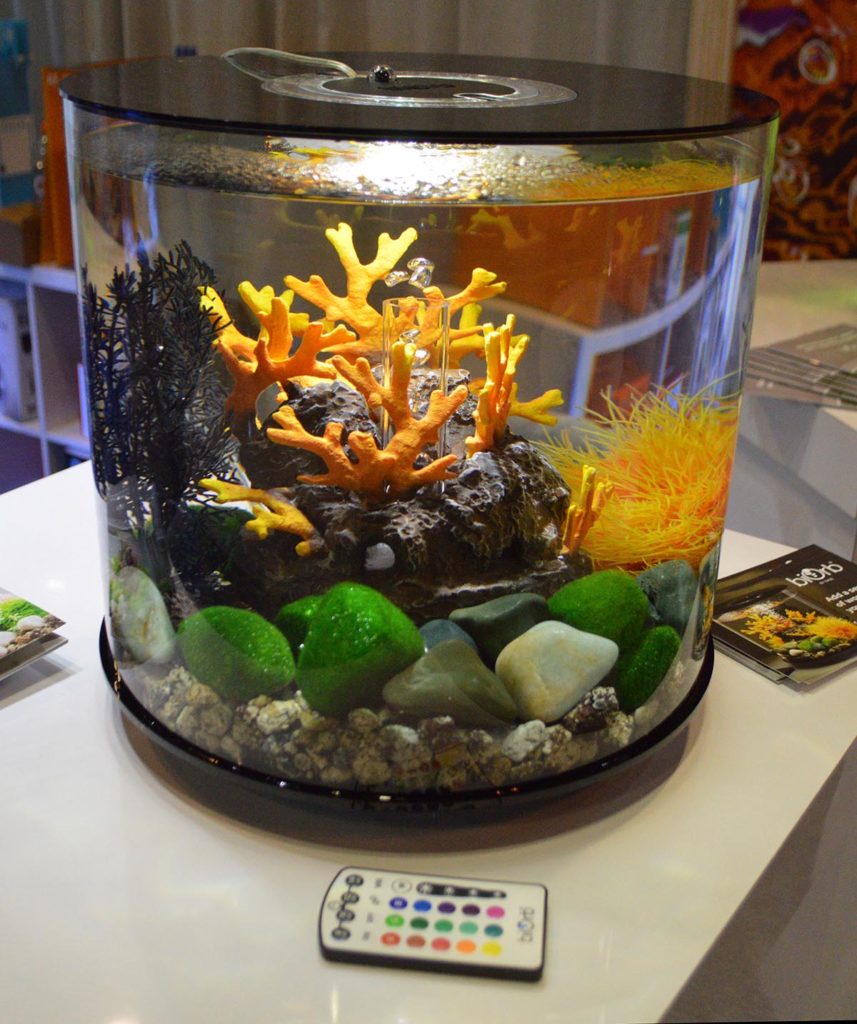 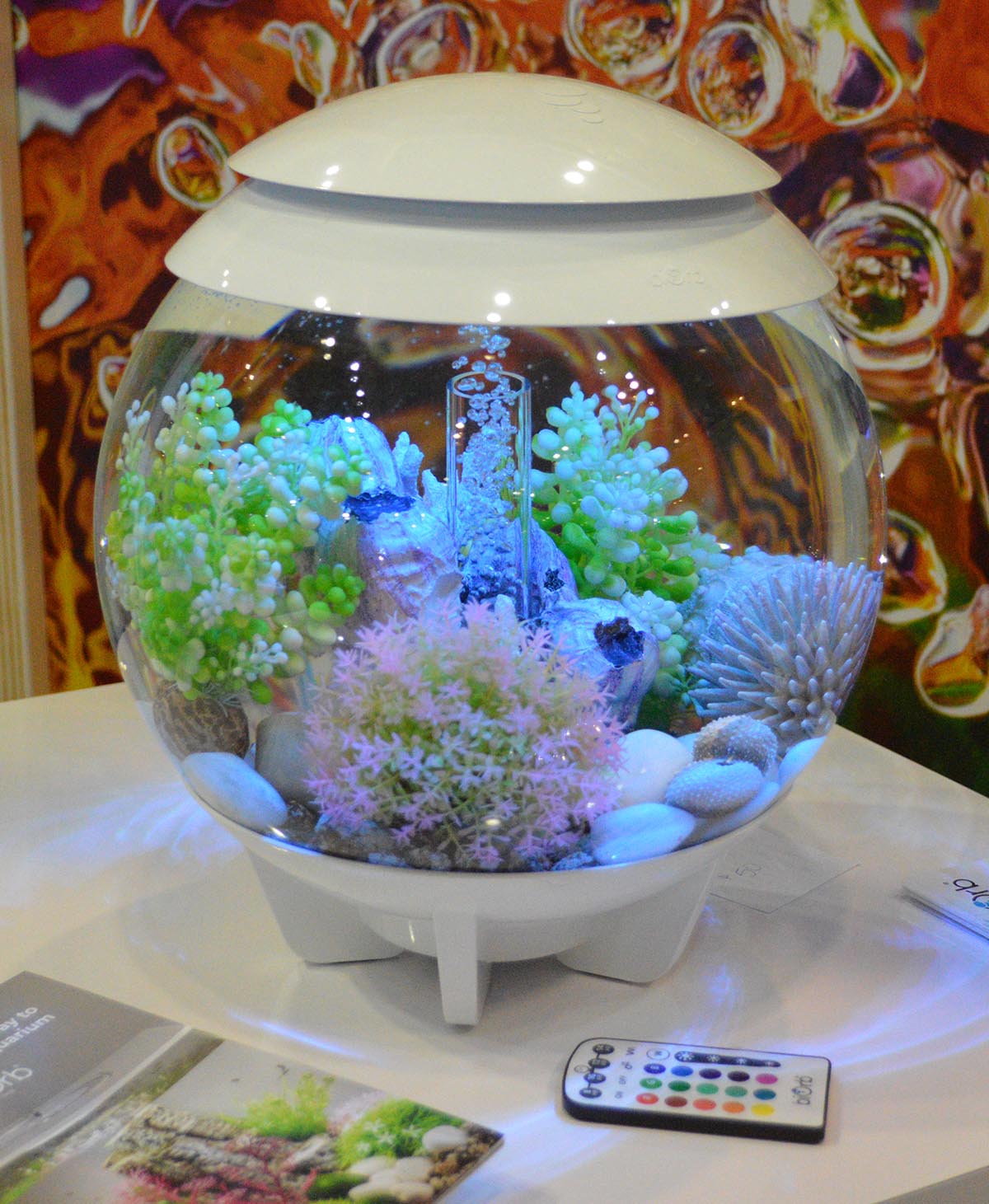 This biOrb HALO also shares a marine theme; one could argue that while such aquariums are not well suited for reef tank use (e.g. built-in lighting might not be sufficient), in the right hands a small aquarium like this might make the ideal home for a small herd of Dwarf Seahorses (Hippocampus zosterae), one of the few fish that may actually do best in a smaller, contained space (with appropriate live feeds and routine husbandry). 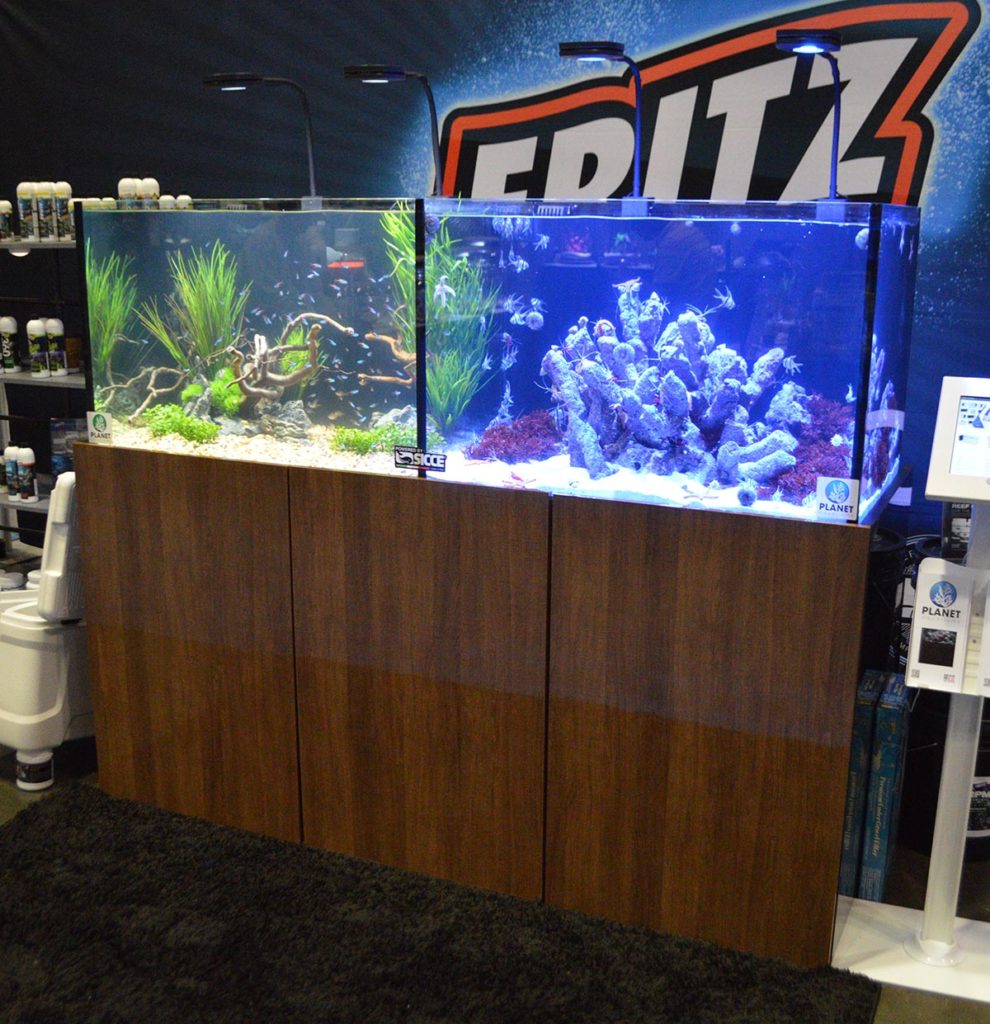 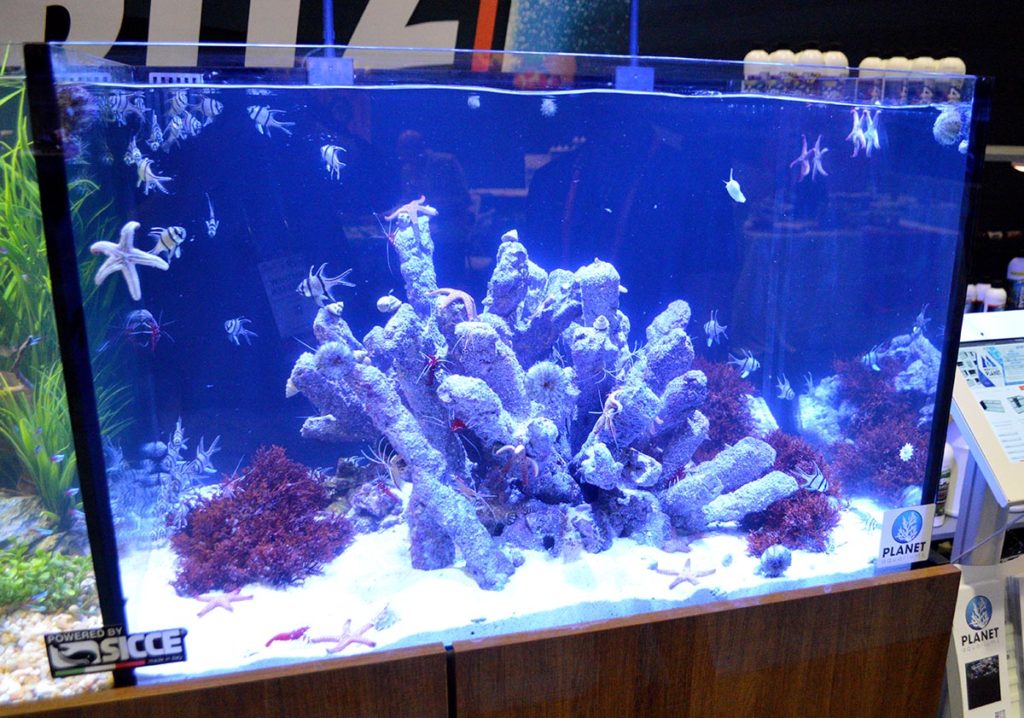 The marine side was one of the more unique marine aquascapes seen at the show. 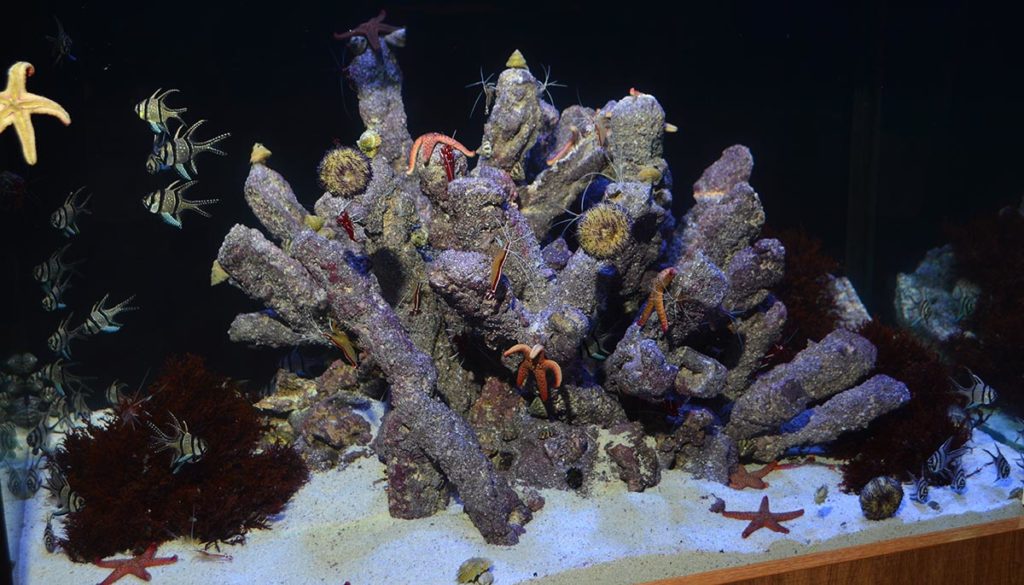