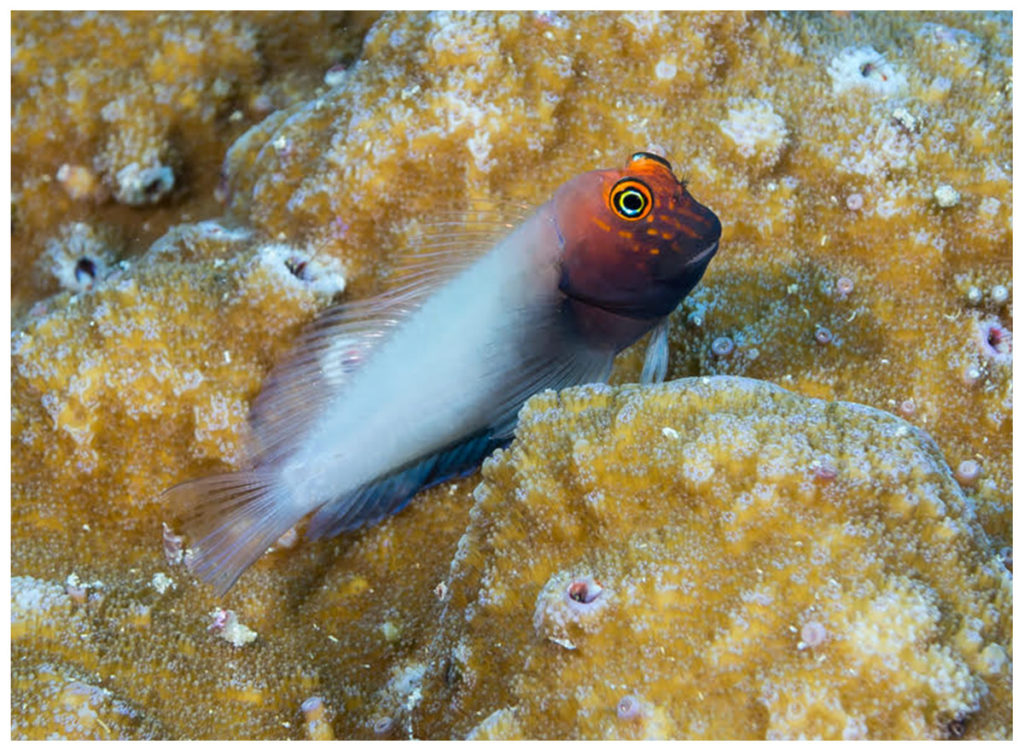 Researchers Mykle L. Hoban​ and Jeffrey T. Williams have described the newest Cirripectes blenny species, C. matatakaro, in an open-access article published in the journal PeerJ. This new species is considered a sister species to one which aquarists may be more familiar with, the Scarface Blenny, Cirripectes vanderbilti. It is also closely related to the more widespread Red Speckled Blenny, C. variolosus, which is not generally collected for the aquarium trade.

The authors provide the common name of Suspiria Blenny for C. matatakaro. The actual species epithet, matatakaro, is made up of two i-Kiribati words: “mata” (eye) and “takaro” (ember/burning coal).

Understanding This Species Through its Relative

The Scarface Blenny a small, 10 cm (4 inches) herbivore and detritivore endemic to the Hawaiian Islands and Johnston Atoll. It is regarded as a common blenny on shallow reefs, although it isn’t a commonplace offering in the aquarium trade, possibly because its preferred shallow habitats (depths of 1–10 meters [3–33 feet]) aren’t where most aquarium fish collecting happens on Hawaii’s reefs. Given its close relationship to C. vanderbilti, it’s likely that the new C. matatakaro would be very similar in both biology and captive husbandry.

Unlike the Scarface Blenny, the Suspiria Blenny is found on outer reefs at depths of 10–32 m (32–105 feet). Based on specimen measurements, Suspiria Blennies might be slightly smaller; the holotype and paratypes ranged from 29.3 mm to 64 mm SL (1.15 to 2.51 inches).

While fish in this genus can be stunning, many individuals are rather bland-looking. For example, not every Scarface Blenny lives up to the images showcased in dive photos online; many are simply dark or gray with reddish hues and some red facial markings. It is likely that only “supermale” Scarface Blennies really live up to their reputation, similar to what is seen in the related Ember Blenny, Cirripectes stigmaticus. It is highly likely that the Suspiria Blenny would follow suit; most specimens depicted in the article are not as vibrant and contrasting as the one we shared above. The authors noted that this species is highly variable in coloration; the described several color schemes that appear to be independent of sex. 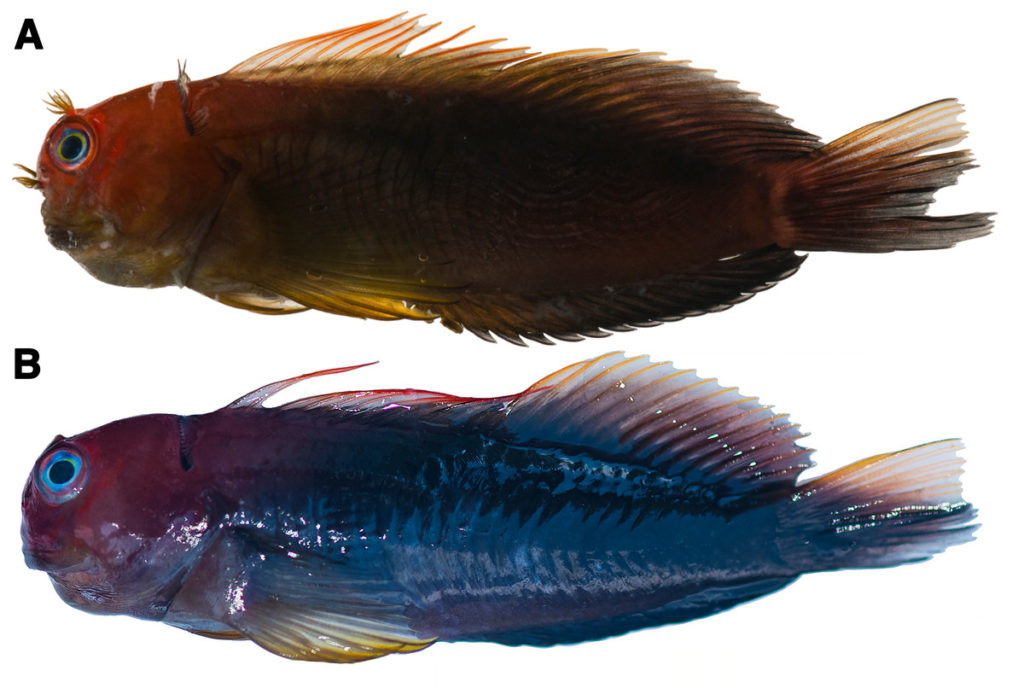 How the New Species Was Found

Per the article’s abstract, “Previous researchers speculated that the geographically widespread C. variolosus was included in an unresolved trichotomy with the Hawaiian endemic and other species based on a morphological phylogeny. Our molecular-phylogenetic analysis resolves many of the previously unresolved relationships within the genus and reveals C. matatakaro as the sister lineage to the Hawaiian C. vanderbilti. The restricted geographic distribution of Cirripectes matatakaro combines with its status as sister to C. vanderbilti to indicate a southern pathway of colonization into Hawaiʻi.”

Distribution, or Why You Likely Won’t See One in Person

Cirripectes matatakaro is known from the Northern Line Islands (Kiritimati and Palmyra), the Marquesas, and the Tuamotus, and from Ducie Atoll and Pitcairn west to the Gambier and Austral Islands. Simply put, most of these Pacific locations aren’t active exporters of marine aquarium fishes, and as such, aquarists are unlikely to see this new species in the aquarium trade.

The exception might be Kiritimati, better known in the aquarium world as Christmas Island, a primary supplier of the Flame Angelfish (Centropyge loricula). This new blenny species has existed there the entire time, so any “Scarface Blenny” that made its way into the aquarium trade through this supply chain could potentially be a representative of either the Red Speckled Blenny or the new Suspiria Blenny. Both species occur in this area, separated by their depth preferences; Red Speckled Blennies are found at depths of less than 5 m (16 feet).