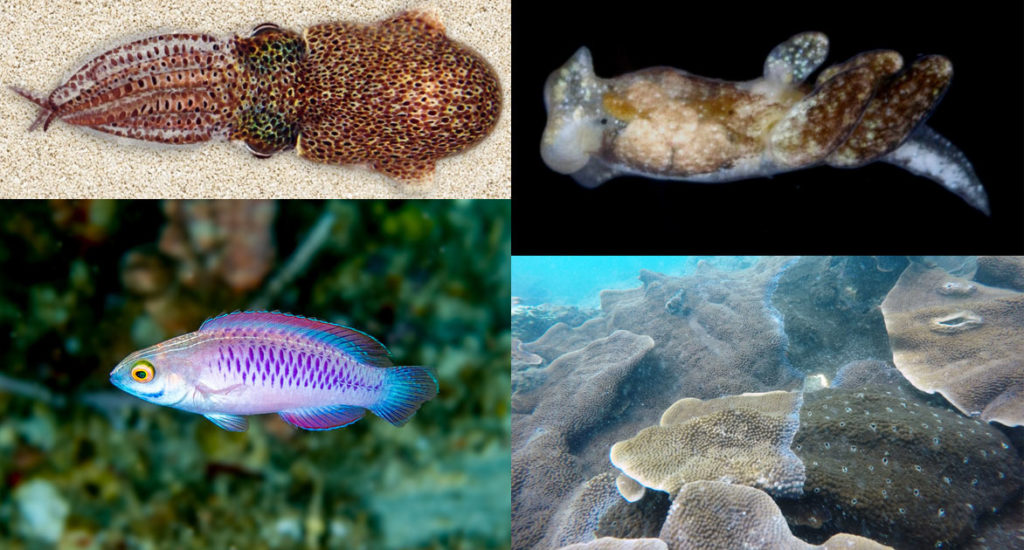 via the World Register of Marine Species (WoRMS)

As they have for previous years, the World Register of Marine Species (WoRMS) has again released its annual list of the top-ten marine species described by researchers during the year 2019 to coincide with World Taxonomist Appreciation Day – March 19th!

Every day in labs, museums, and out on fieldwork, taxonomists are busy collecting, cataloging, identifying, comparing, describing, and naming species new to science. Some 500 experts globally also contribute their valuable time to keeping the World Register of Marine Species (WoRMS) up to date. Today is a chance for us at WoRMS to thank all our editors for this important task. We celebrate the work of taxonomists with the WoRMS list of the top-ten marine species described in 2019, as nominated and voted for by taxonomists and journal editors!

How were the species chosen?

All editors of WoRMS and major taxonomy journals were given the opportunity to nominate their favorite marine species. Nominated species must have been described between January 1st and December 31st, 2019, and have come from the marine environment (including fossil taxa). A small committee (including both taxonomists and data managers) was brought together to decide upon the final candidates. The list is in no hierarchical order.

The final decisions reflect the immense diversity of animal groups in the marine environment (including fish, crustaceans, mollusks, corals, sponges, jellies, and worms) and highlight some of the challenges facing the marine environment today. The final candidates also feature particularly astonishing marine creatures, which are notable for their interest to both science and the public.

Each of these marine animals has a story. This year the chosen species are small, large, hidden, or rather sparkly!

After 250 years of describing, naming, and cataloging the species we share our planet with, we are still some way off achieving a complete census. However, we do know that at least 233,000 marine species have been described, because their names are managed in WoRMS by almost 300 scientists located all over the world.

In 2018, to celebrate a decade of WoRMS’ existence, we compiled a list of our top marine species, both for 2017 and for the previous decade, in order to highlight the fascinating discoveries of the numerous new marine species being made every year (see http://www.lifewatch.be/en/2018.04.23-WoRMS-LifeWatch-press-release).

We decided to continue this process every year as a celebration of the work that taxonomists do and of the fascinating marine species that are discovered each year. Our previous lists of the top-ten marine species described for the decade 2007-2017, for 2017, and for 2018 can be found here:

A list of the top ten species described from ALL habitats and taxa has been announced annually since 2008 (http://www.esf.edu/top10/). The oceans cover over 70% of the surface of our planet, and yet they still include the least explored regions (http://theconversation.com/how-many-undiscovered-creatures-are-there-in-the-ocean-86705). Although the ESF list often contains one or two marine species, we decided to pay homage to the largest habitat on earth by producing our own list of the top marine species.

We hope some of our favorites will make it to the global list!