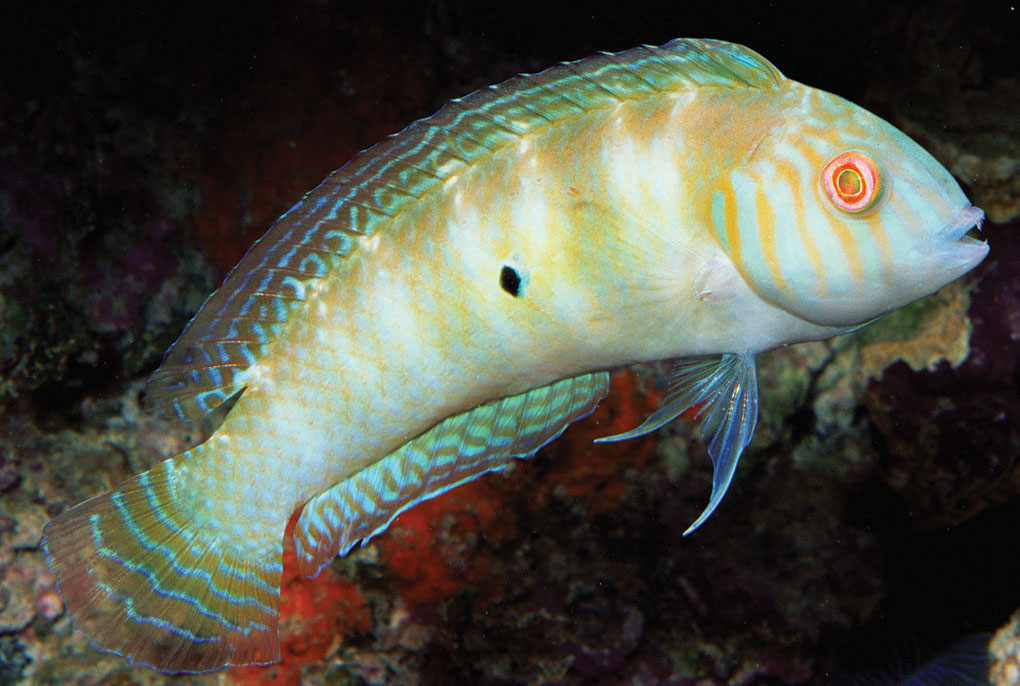 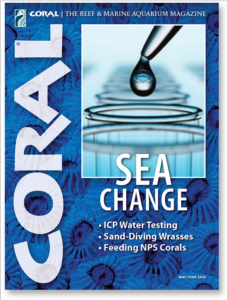 CORAL, May/June 2020 Issue, featuring Scott Michael’s look at the sand-diving wrasses known as razorfish. Click cover to get this issue.

Razorfishes are are group of wrasses, family Labridae, well known from their sand-diving and “sand-swimming” behavior. When they are threatened by predators and at night, when they are most vulnerable, they dive head first into the sand. They can also “swim” under soft sand; many divers have watched a razorfish disappear into the sand, then reemerge one meter (3.3 ft.) or more away from the entry point.

This attractive razorfish is one of the best for the reef tank, as it does not attain a large size and readily adapts to captive life. It also feeds on smaller prey than razorfishes of similar size. It is primarily a zooplanktivore (e.g., copepods).

That said, larger individuals may eat newly introduced ornamental shrimps, and this species can be aggressive toward other labrids and may pick on more docile species in a smaller tank. As for others in this group, provide a deep, open sand bed in which they can bury. Feed meaty foods, including finely shredded frozen seafood, mysid shrimp, frozen preparations, and pigment-enriched flake food. Feed two to three times a day.

Aquarium Size: 75 gal. Temperature: 23° to 28°C (74° to 82°F).
Aquarium Suitability Index: 4.
Remarks: When the Green Razorfish drifts in the water column, it often takes on a barred pattern. This species was formerly placed in the genus Hemipteronotus.

Read more about this and other sand-diving wrasses in the May/June 2020 issue of CORAL. 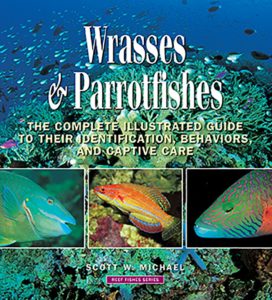