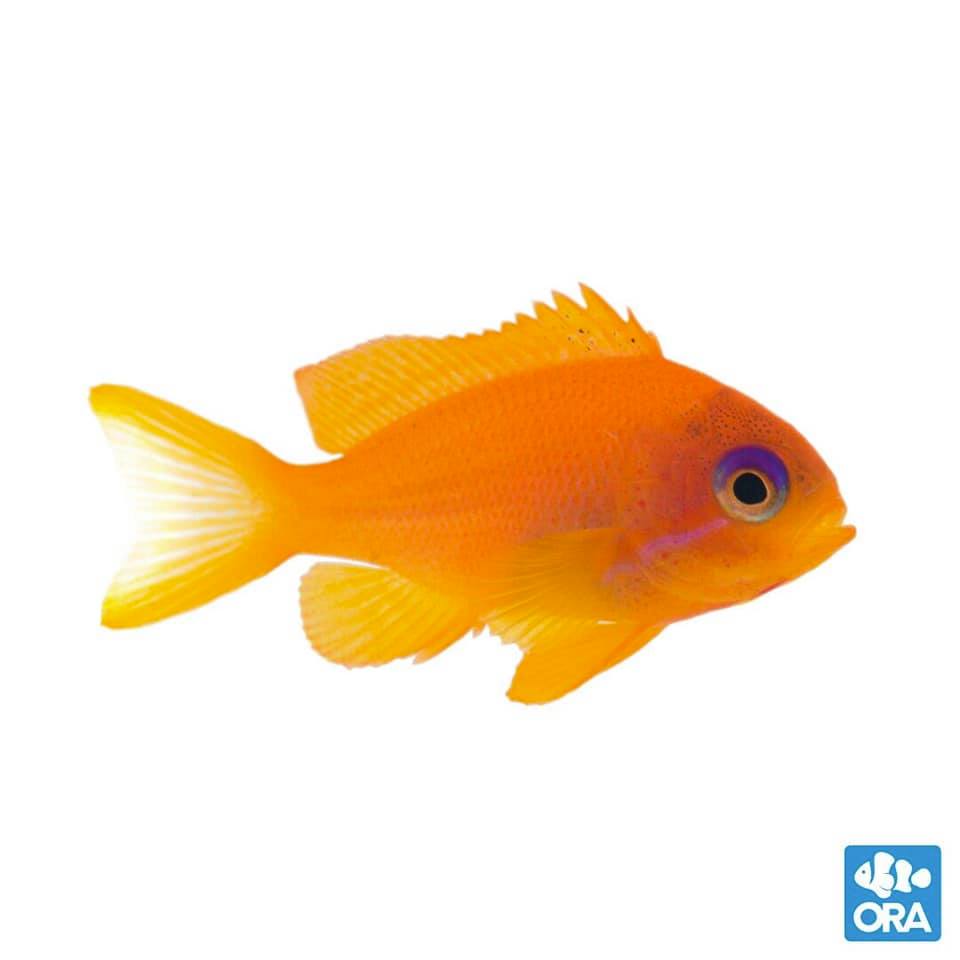 Florida-based Oceans, Reefs & Aquariums (ORA) is no stranger to pushing the boundaries of marine aquarium fish cultivation. Recently, ORA quietly announced that they have targeted a new group of popular species for potential captive propagation, specifically the Anthias.

The first successful captive-bred Anthias produced by ORA were hatched back in September 2019. With this, ORA has successfully spawned and reared the Lyretail Anthias, Pseudanthias squamipinnis, also known as the Sea Goldie. These sexually-dimorphic hermaphrodites are popular shoaling fishes for larger reef aquariums; they are all born as largely orange females, and the dominant fish in the group will turn into an impressive, strikingly reddish-violet male with elongated finnage.

It has only been a few years since the first Anthias were successfully cultivated, and so far only Palau-based Biota Marine Life has produced anthias in commercial quantities, specifically the Blotched Anthias (Odontanthias borbonious, also known as the Borbonius Anthias). We are truly just starting to see captive-bred anthias as a viable option.

Speaking with ORA’s President Dustin Dorton at the recent 2020 Global Pet Expo, we were given a glimpse into the background of these remarkable fish. “I think our first run we only managed to rear one fish,” started Dorton. “Our second run, a dozen. We’re continuing to refine the rearing process…our initial results are very promising. I believe we can produce this species in quantity.”

There’s no word on when reefkeepers can expect a debut of an ORA Anthias, but judging by the other captive-bred offerings on display by ORA at the Global Pet Expo, I am happy to report a certain feeling of optimism for the future.