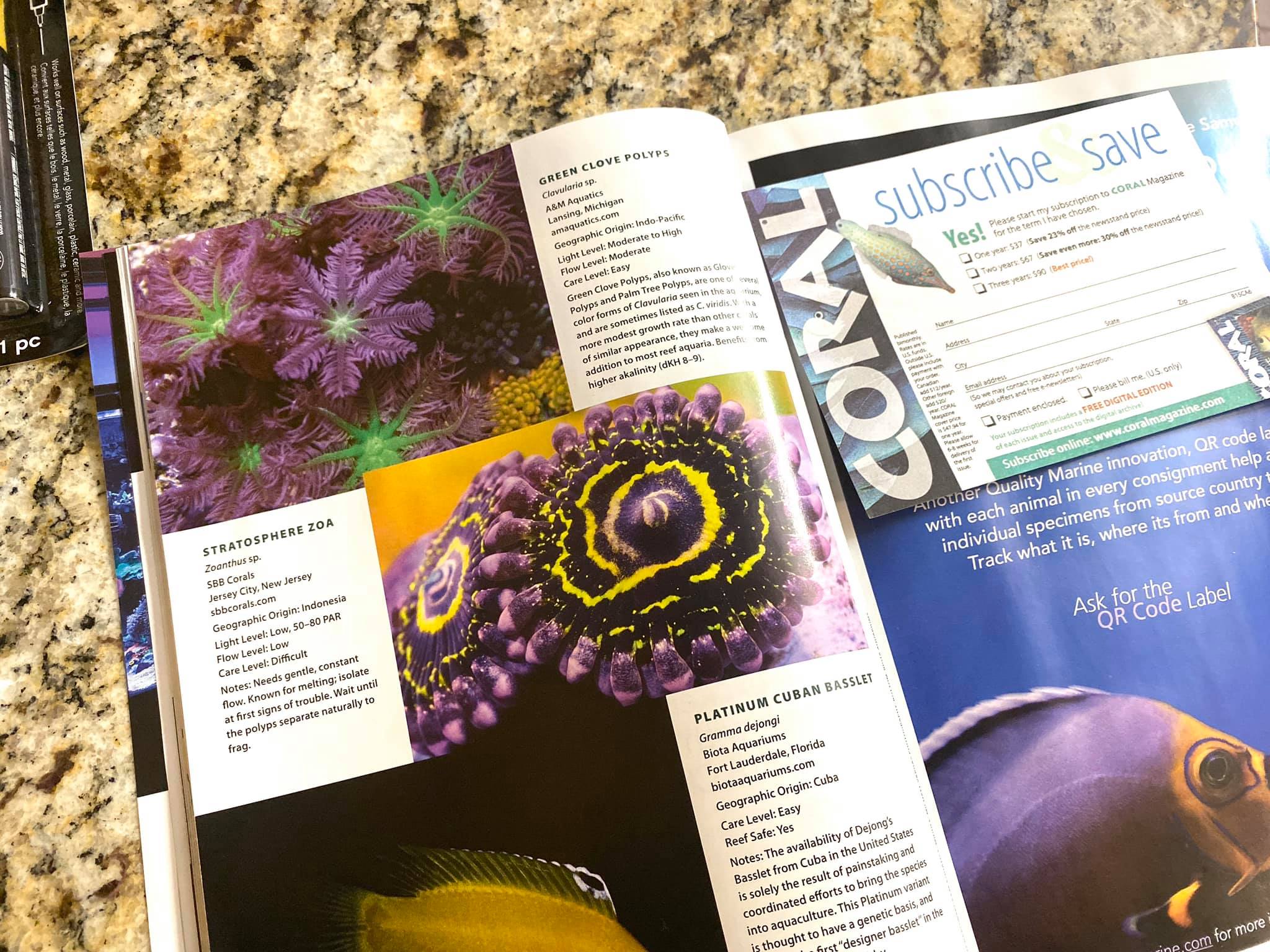 Just what exactly went into creating the Stratosphere Zoanthid portrait captured by Michael Vargas, published in the Jan/Feb 2020 issue?

CORAL Magazine Photographer Michael Vargas shares insights on how he creates his stunning photography. In this installment, the Stratosphere Zoanthid, featured in the January/February 2020 REEF VISIONS column.

I always said that photographing Statosphere Zoanthids (Strats) was one of the last things on my bucket list. When I owned them I was still learning how to take a photo, but my Strats melted (like everyone else’s in the hobby) before I ever captured a good image. I really thought they were gone from captivity until I learned that Shane B. Backer/SBB Corals still had them.

How I Got the Shot

When I look at a coral, I consider a couple things: How is it going to look as a portrait, and what can I do to compliment the coral?

For this photoshoot, we posed the subject with a WWC Bounce Mushroom in the background for color contrast. The disc the Strat frag was on was trimmed, and we tilted the subject slightly for composition.

We used 2 Kessil A360x to light the coral, and the photographs were captured with a Nikon D850.

Getting to the Result

The final image is a composite of multiple images, blended at different apertures so you still get a nice blurry background and focus on the subject. In the process of photographing the Strats, the one on the left stopped cooperating and the mouth started to gape, so I took a portion of the mouth from an earlier shot and used that for the final image. 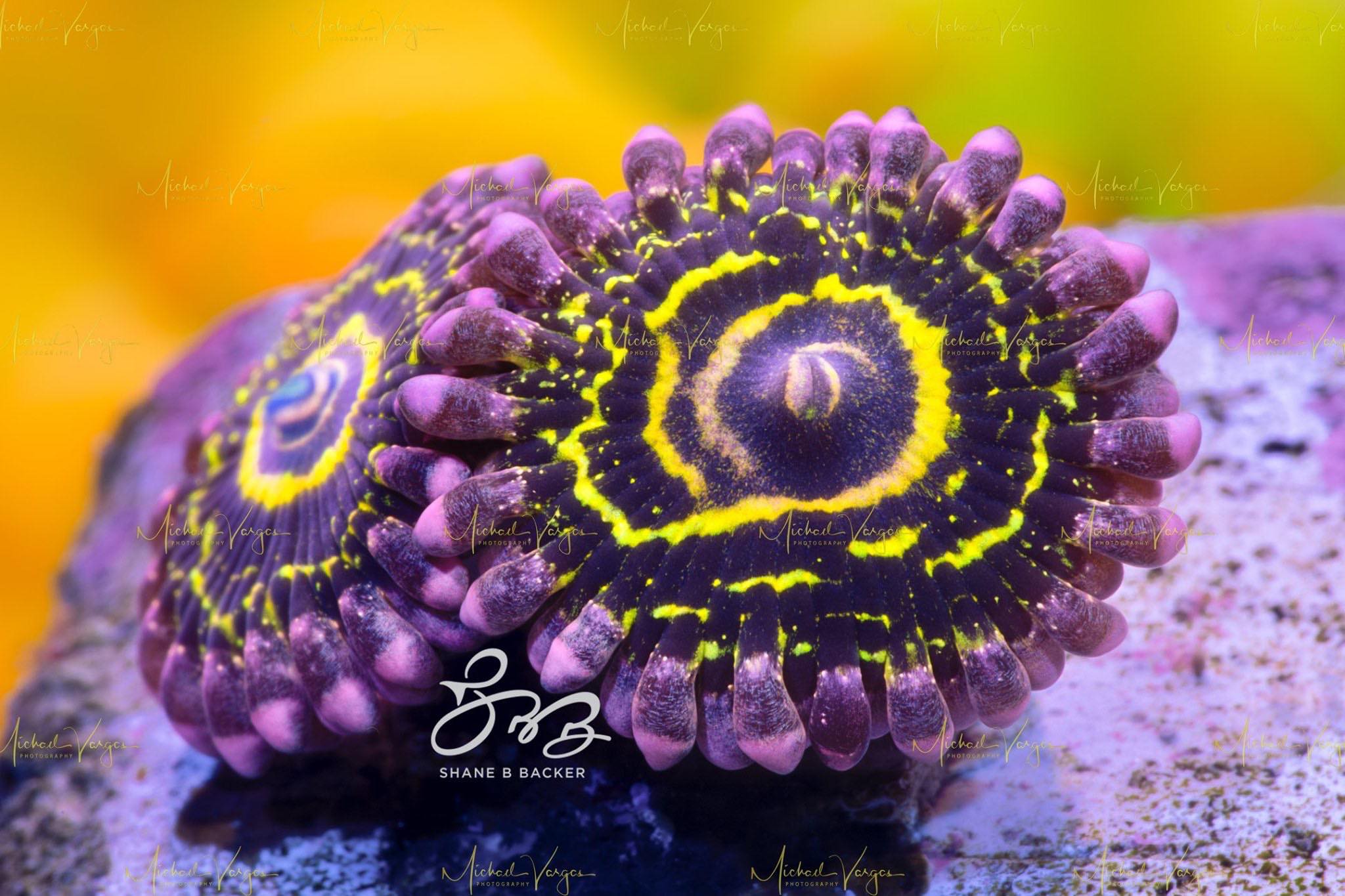 A high-resolution watermarked version of the printed image, shared so you can see the detail captured. The original image is more than double this size!