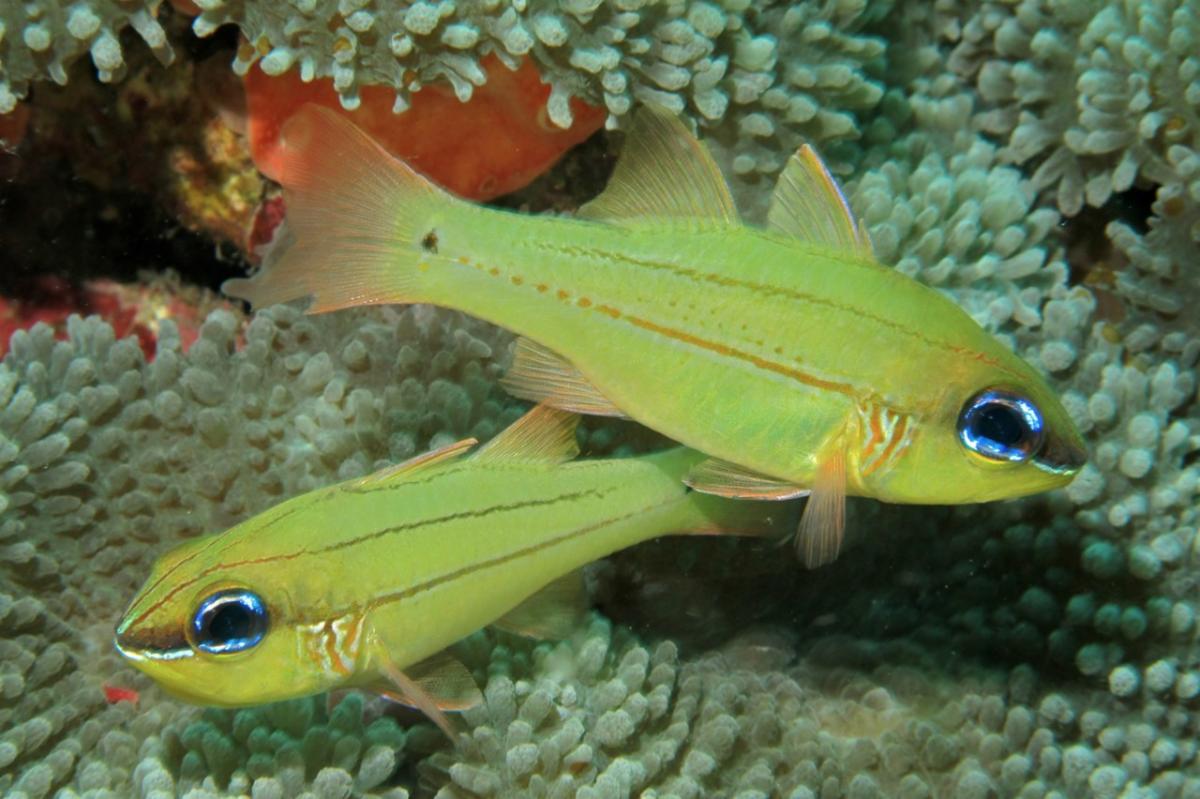 Every new species of marine fish that’s bred for the first time ups the species tally by one: one more proof of concept, one more accomplishment in the world of marine ornamental aquaculture, one more step into uncharted territory, even if the path is somewhat familiar. This is the case with today’s announcement.

With sparkling blue eyes and eyecatching lemony adult coloration, Seale’s Cardinal is a connoisseur’s cardinalfish only sporadically available to reef aquarists. Now, Biota Marine Life Nursery in Palau has succeeded in breeding the shoaling species and is working to ramp up its commercial-scale production. Formerly known as Apogon sealei, Seale’s Cardinal is named Ostorhinchus sealei. Biota Aquariums (Florida) announced today that the first captive-bred Seale’s Cardinalfish will be distributed starting this week.

According to our most current “Captive-Bred Marine Fish Species List for 2019,” O. sealei is the 17th cardinalfish species to have been successfully bred, and it is the 6th from the genus Ostorhinchus. It is suspected that this latest accomplishment follows the methodologies used to breed and rear the many related paternal mouthbrooding cardinalfishes. However, each species often has its own idiosyncrasies, which must be worked out before commercial-scale production is possible. 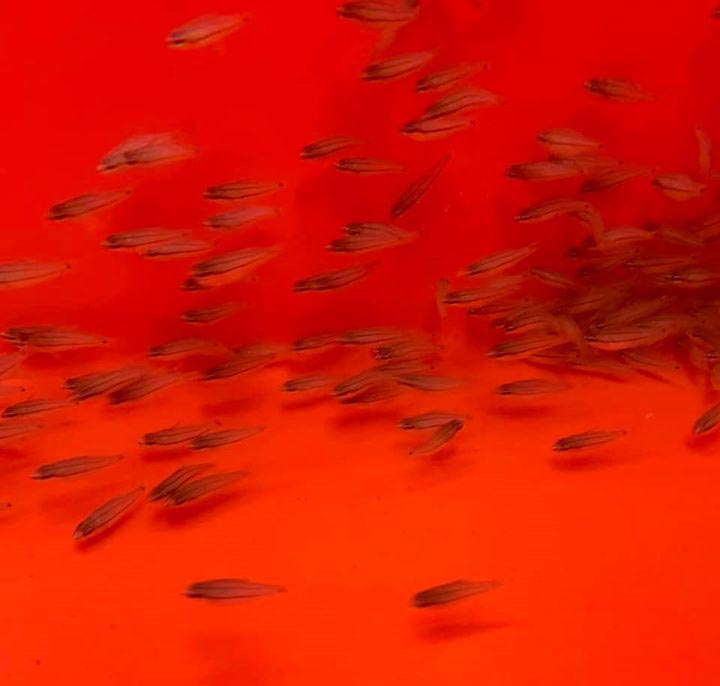 Captive-bred Seale’s Cardinalfish being prepared for export from Palau.

From Biota: “The Seale’s Cardinalfish is a hardy and beautiful shoaling species of cardinalfish. These do extremely well in reef tanks and peaceful community tanks. When they reach adulthood, the Seal’s Cardinalfish have beautiful blue eyes and a yellowish hue with defined horizontal lines.” Biota’s specimens are currently feeding on Reef Nutrition’s TDO C1, Piscene Energetics Mysis pellets, and Hikari mysis shrimp.

FishBase lists a maximum size for this species of 4″ (10 cm), although a size closer to 3″ (7.7 cm) is considered more typical. FishBase also notes that Seale’s Cardinalfish is rather uncommon in nature, but when encountered it’s usually found at depths less than 30 feet (10 meters). 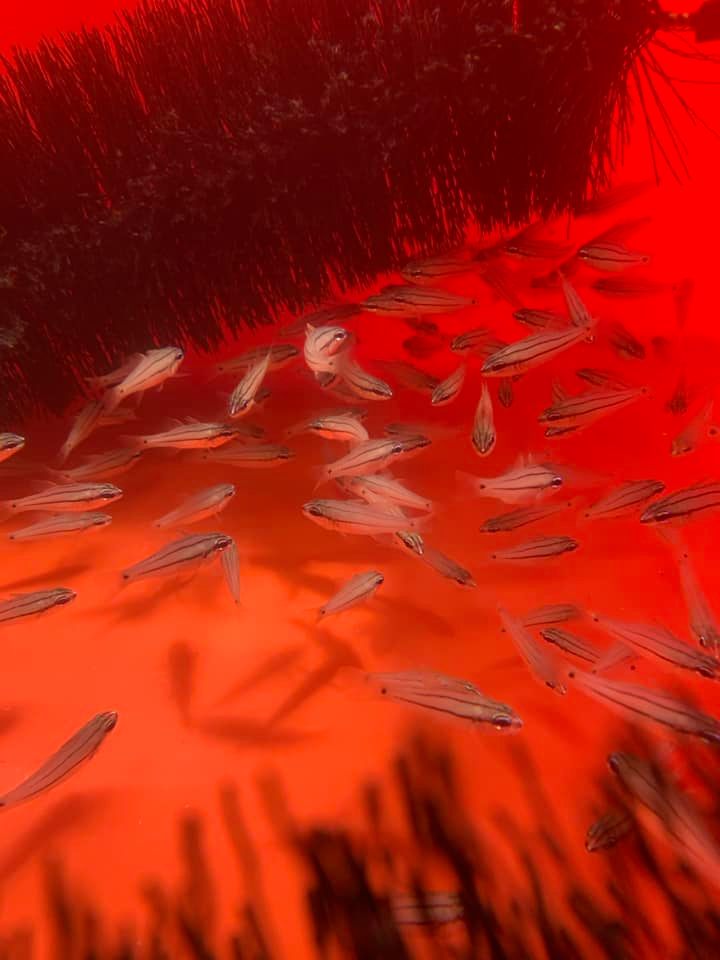 Personally, I think of cardinalfishes as the tetras of the marine world: they’re small, generally attractive fishes which shoal and school, making them an ideal supporting cast for an aquarium’s star fishes. They add movement and interesting behavior to a reef tank. There are dozens if not hundreds of species suitable for our aquariums, yet they don’t seem to get the attention I think they warrant in our aquarium communities, and therefore only a handful of species are routinely available. The captive breeding of Seale’s Cardinalfish offers the potential to take a seldom-seen marine fish species and make it a staple offering in the aquarium trade, but only if aquarists choose them for their tanks!