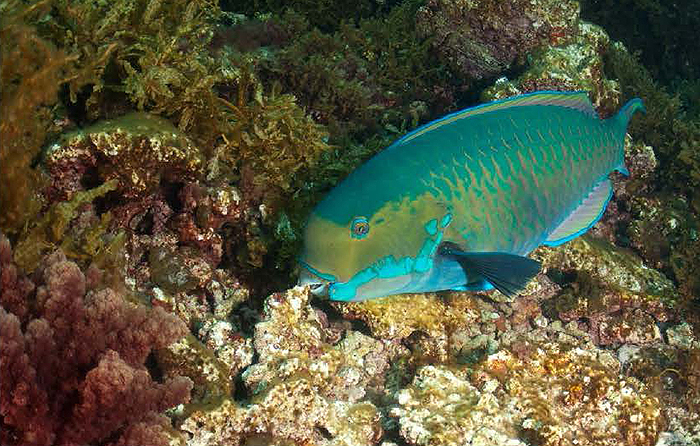 In contrast to most other species, reef-dwelling parrotfish put on weight and their populations boomed in the wake of severe coral bleaching.

The surprise finding came when researchers led by Perth-based Dr. Brett Taylor of the Australian Institute of Marine Science (AIMS) looked at fish populations in severely bleached areas of two reefs – the Great Barrier Reef in the western Pacific and the Chagos Archipelago in the Indian Ocean. 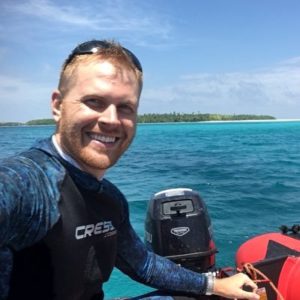 Bleaching is a coral stress reaction, in these cases to prolonged exposure to higher sea surface temperatures.

“Warming oceans place enormous pressure on reefs and if the temperatures remain high for too long the coral will die. The more frequently this occurs there is less time for coral reefs to recover,” Dr. Taylor said.

In the damaged areas of the reefs, the study found that parrotfish populations increased in number by between two and eight times, and individual fish were about 20% larger than those in unbleached sections. Almost every other species of fish was in sharp decline in the bleached areas.

Parrotfish, named because of their tightly packed teeth in a beak formation, use their teeth to scrape microorganisms off coral – and their presence in large numbers on damaged reefs very likely helps the process of repair, Taylor and his colleagues suggest.

“This immediately gets colonised by the microalgae and cyanobacteria, basically an internal and external layer of ‘scunge’, which provides nutritious, abundant food for parrotfish.”

The researchers concluded that the coral and the parrotfish constitute a feedback loop, slowly bringing each other into balance. When reefs are damaged, parrotfish numbers swell. This results in low levels of scunge, giving the coral the best chance to recover. As the reef then returns to health, parrotfish numbers decline again. 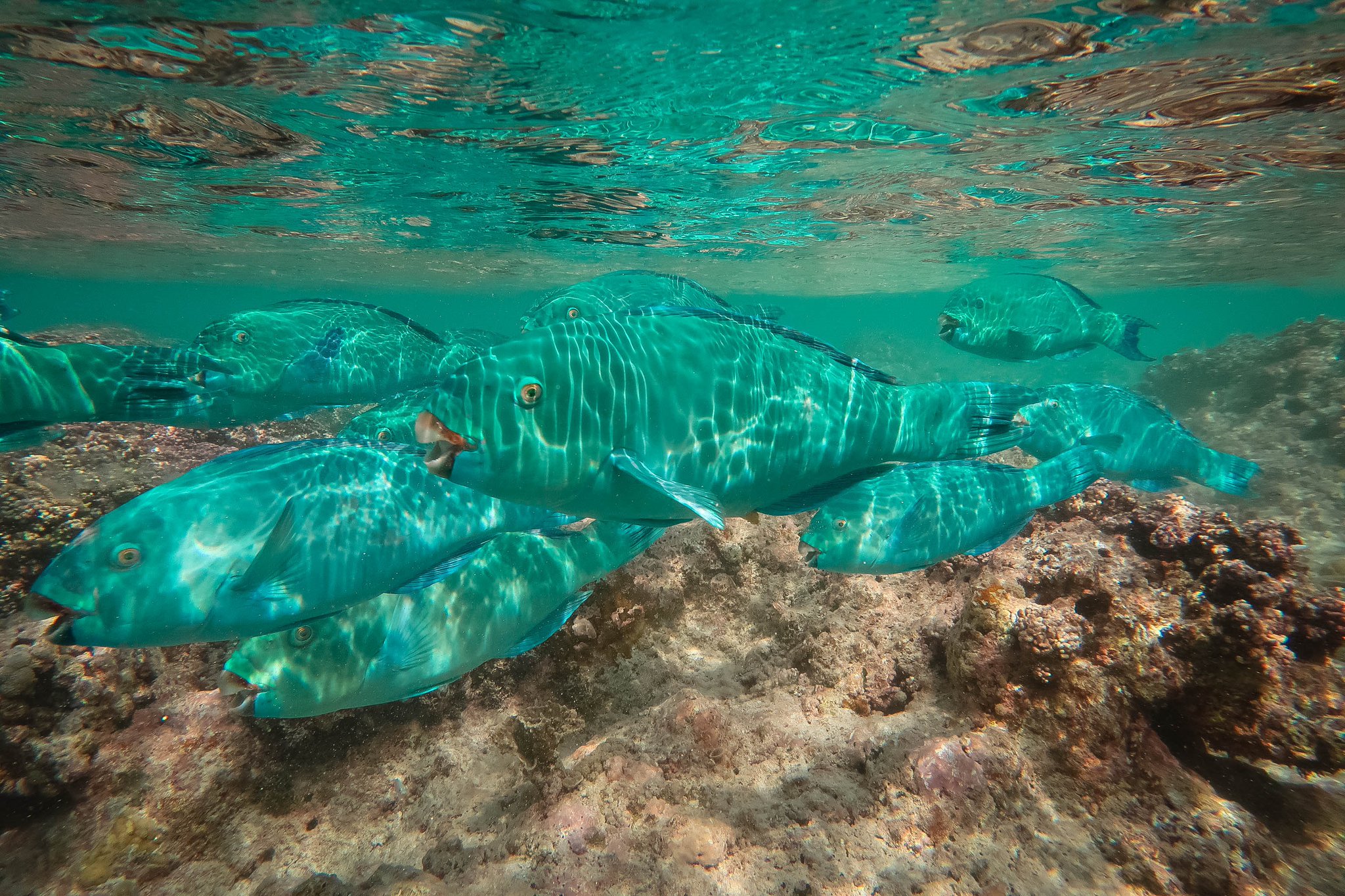 “We found reef ecosystems in two different oceans had the same response to global heat events which is indicative of the current magnitude of climate change effects,” he said.

The fact that plump parrotfish were found in large numbers on both reefs indicates the feedback loop is an inherent part of reef ecology and not caused by local factors. “Parrotfish are a vital link in the reef ecosystem,” says AIMS co-author Dr. Mark Meekan.

“As herbivores, their grazing shapes the structure of reefs through effects on coral growth and suppression of algae that would otherwise proliferate. Because of these important ecological roles, they have been described as ‘ecosystem engineers’ of reef systems.”

Taylor points out that the benefits to parrotfishes are not long-term: “Parrotfishes love bleaching, but they’re not going to love it if things continue the way they have,” he says.

The research was published in the journal Global Change Biology.
https://onlinelibrary.wiley.com/doi/abs/10.1111/gcb.14909

The Australian Institute of Marine Science
The Australian Institute of Marine Science (AIMS) is Australia’s tropical marine research agency. In existence for almost half a century, it plays a pivotal role in providing largescale, long-term and world-class research that helps governments, industry and the wider community to make informed decisions about the management of Australia’s marine estate. AIMS science leads to healthier marine ecosystems; economic, social and environmental benefits for all Australians; and protection of coral reefs from climate change. More here: https://www.aims.gov.au/