Not all African Long-Fin Tetras are Alike 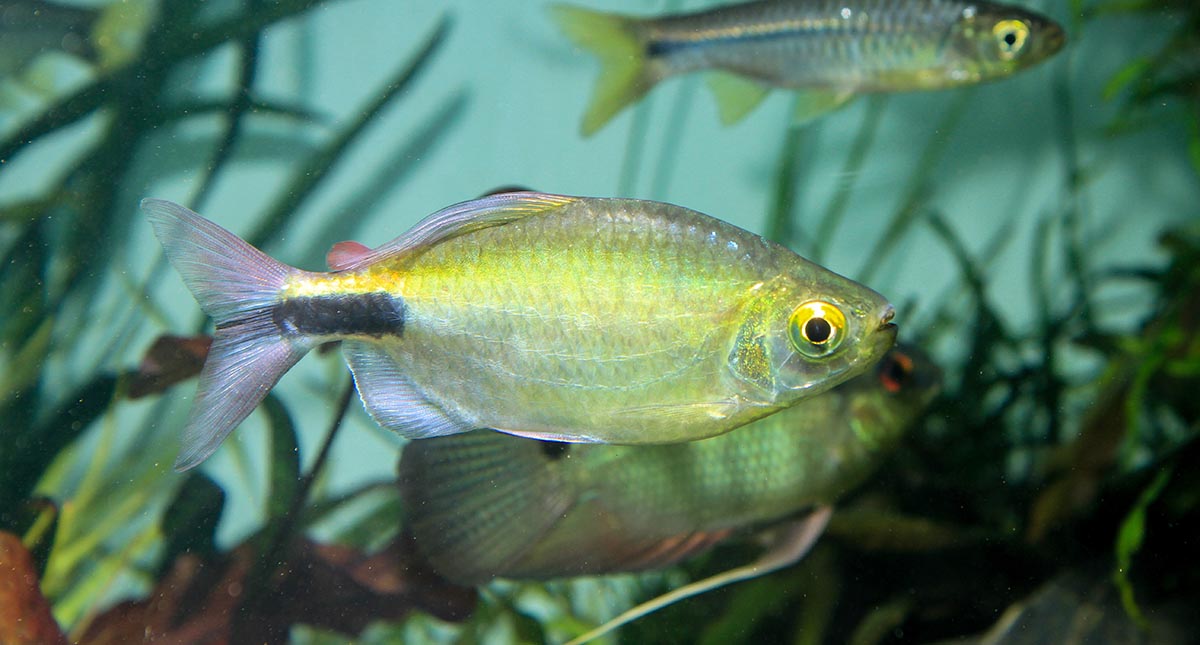 Widely distributed in coastal waters throughout northern West Africa from Gambia to the Democratic Republic of Congo and Gabon, the African long-fin or Alestes tetra, Bryconalestes longipinnis, is available in the trade usually as a wild-caught fish. Not only does the vast distribution call in to question the validity of B. longipinnis as a single species, but morphology also varies between populations (including meristics and pigmentation previously examined by others but disregarded as evidence for taxonomic subdivision).

Arroyave et al. 2019 considered that the current species-level diversity of Bryconalestes may be underestimated and that B. longipinnis is actually a complex of genetically, morphologically, and geographically distinct lineages. It turns out that they were right! Gene sequencing exposed levels of genetic differentiation among samples (up to 18%) that are greater than the “rule of thumb” threshold of the 3% required for a new branch on a phylogenetic tree. Their phylogeographic analyses produced eight novel clades with >4% genetic variation and potentially represents cryptic members of a species complex. They discovered a distinct pattern where lineages group geographically into Upper Guinea (Liberia and Guinea) and Lower Guinea (Cameroon, Gabon, and the Democratic Republic of Congo), two ecoregions of the African continent. At a smaller geographic scale (i.e., river drainages), phylogenetic relationships are not as concise. What this means is that fish from one site might be related genetically closer to fish from another basin then from a different population within the basin. Variation at a local scale is not explained by geography.

Despite strong genetic differentiation, there is considerable overlap in body shape variation between African long-fin tetras from Upper Guinea and Lower Guinea based on geometric morphometric analyses. Therefore, based on body shape alone, one cannot definitively distinguish between ecoregions. 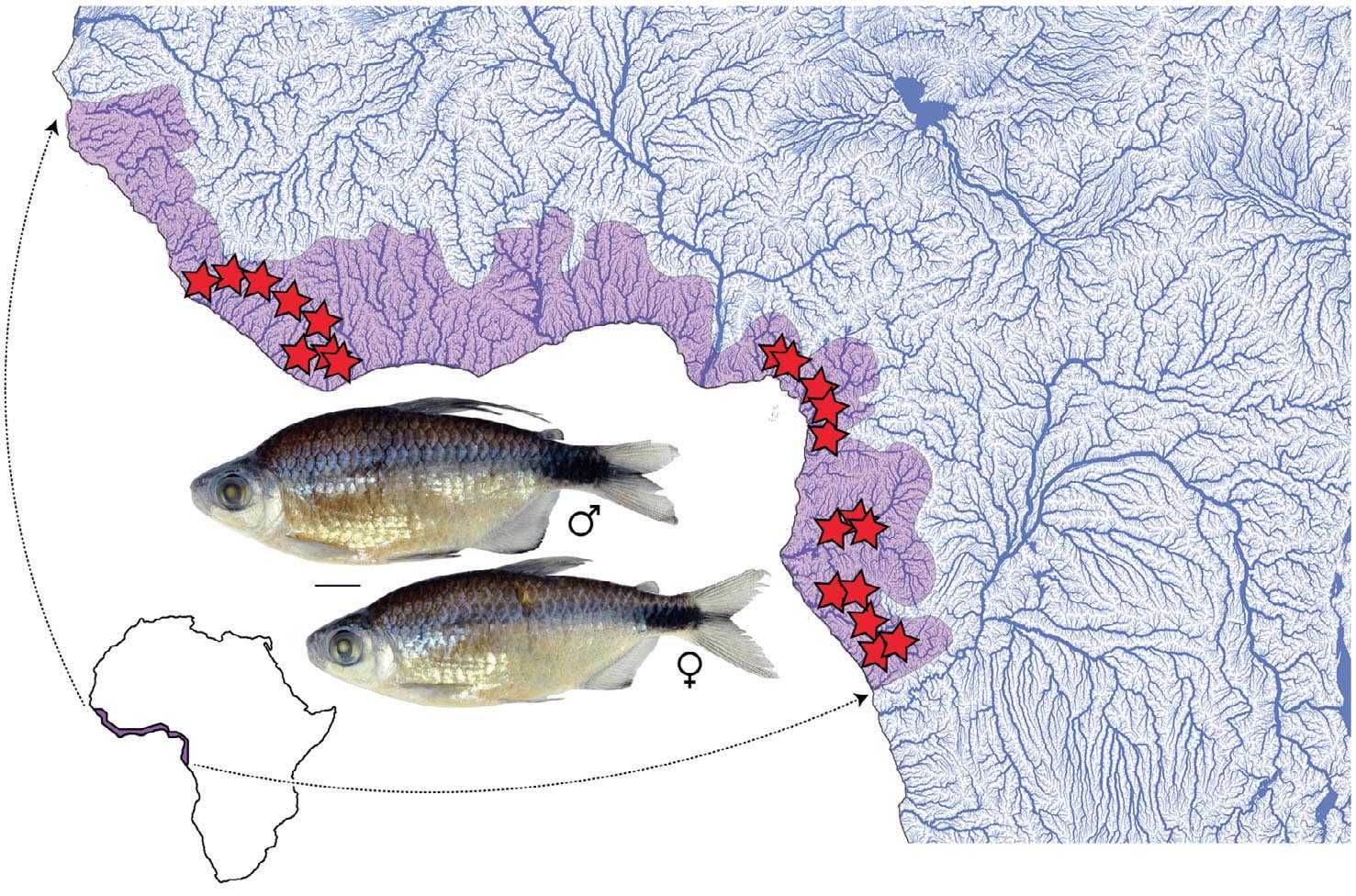 The study by Arroyave et al. 2019 concludes that B. longipinnis is not a single widespread species, but rather a species complex of phenotypically similar, but genetically and evolutionarily different entities. Additional studies will be required to further untangle this cryptic species complex.

What does this mean for the hobby? It really depends on the hobbyist. Although B. longipinnis is not known to breed easily in aquaria, keeping fish from populations from one geographic region might be a good idea for those interested in keeping pure lines together. Another consequence of this and similar studies is that in the future B. longipinnis may split into two or more species. Alestid fans will have to keep a watchful eye.