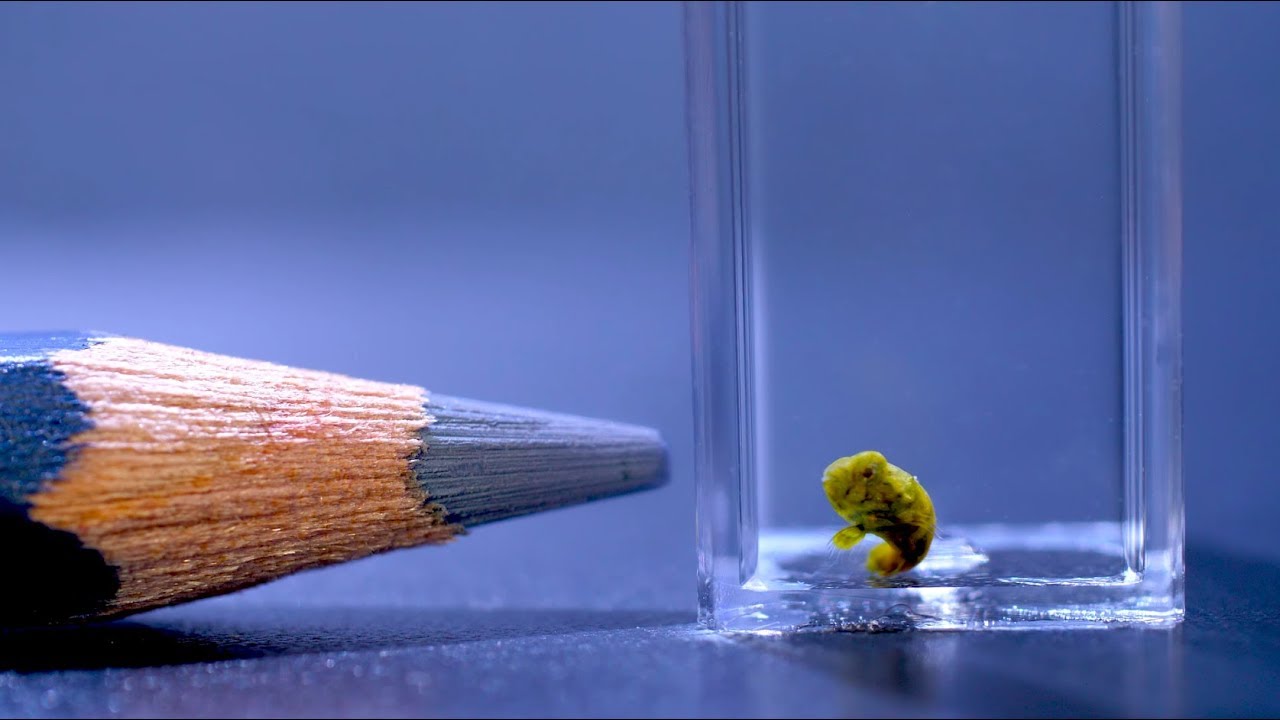 Exactly how big is a baby Mandarin Dragonet (Synchiropus splendidus)? A new video from the Oceanographic Museum of Monaco will give you a sense of scale!

The Oceanographic Museum of Monaco (Musée océanographique de Monaco) has been busy breeding marine aquarium fishes behind the scenes. A fascinating and well-done short new French-language clip offers a quick glimpse into one of their projects.

Whether you can understand the narrative or not, the payoff in this video is a tank full of extremely small, beautiful green post-settlement Green Mandarin Dragonets, Synchiropus splendidus. Once a pipe dream, breeding the pelagic spawning dragonets no longer represents the challenge it once was. In the last decade, improvements in larval feeds and nutrition, along with a deeper understanding of marine fish larviculture, has seen the rise of commercial-scale production of S. splendidus, along with past production of the Target Mandarin, S. picturatus.

Captive-bred mandarins represent a complete shift in the husbandry of these often difficult-to-keep fishes; while they are still slow, methodical, bottom-picking substrate feeders, captive-bred mandarins will arrive eating inanimate pellet feeds when properly weaned during the early rearing phases. Dragonet breeding is a challenging project that the dedicated home aquarist can take on, and with only Synchiropus splendidus in active commercial cultivation at the moment, there is an opportunity for several other species (including the less-seen Red Mandarin) to be produced as captive-bred offerings.

Perhaps this footage from the Oceanographic Museum of Monaco will serve as the inspiration. Watch it and then browse our past coverage of Mandarin breeding, which goes back as far as 2006!

When do Spotted Mandarins Get Their Spots?