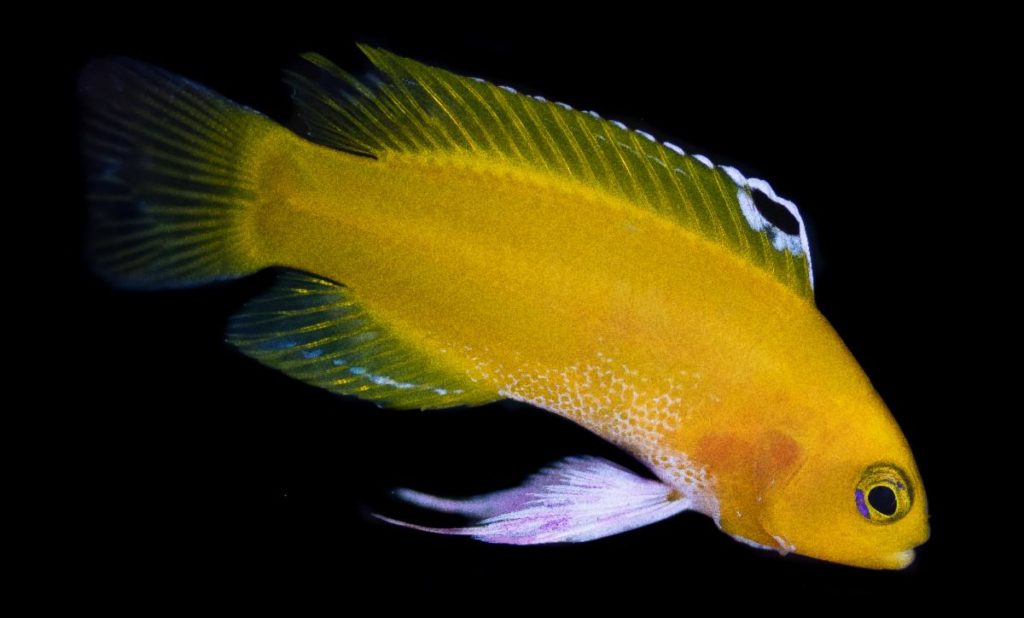 Captive-breeding has produced a variant of this rare species called a Platinum Dejongi. The normally magenta markings on the fins are replaced with near-white coloration.

After their debut at MACNA 2019, the first-ever white variants of Biota’s Dejongi Basslet are now being formally introduced to the aquarium trade. After patiently awaiting to ensure the unique coloration wasn’t a fluke, a consistently low-level occurrence of white-finned Gramma dejongi in Biota’s captive-bred offspring has allowed their introduction into the aquarium hobby.

The Cuban or Dejongi Basslet (Gramma dejongi) is already one of the rarest fish in the country, but the Platinum Dejongi, adorned with a bright white coloration instead of the deep purple we’re accustomed to seeing, is now available. These individuals are also among the largest Dejongi that Biota currently has available; most are over 3 inches long! 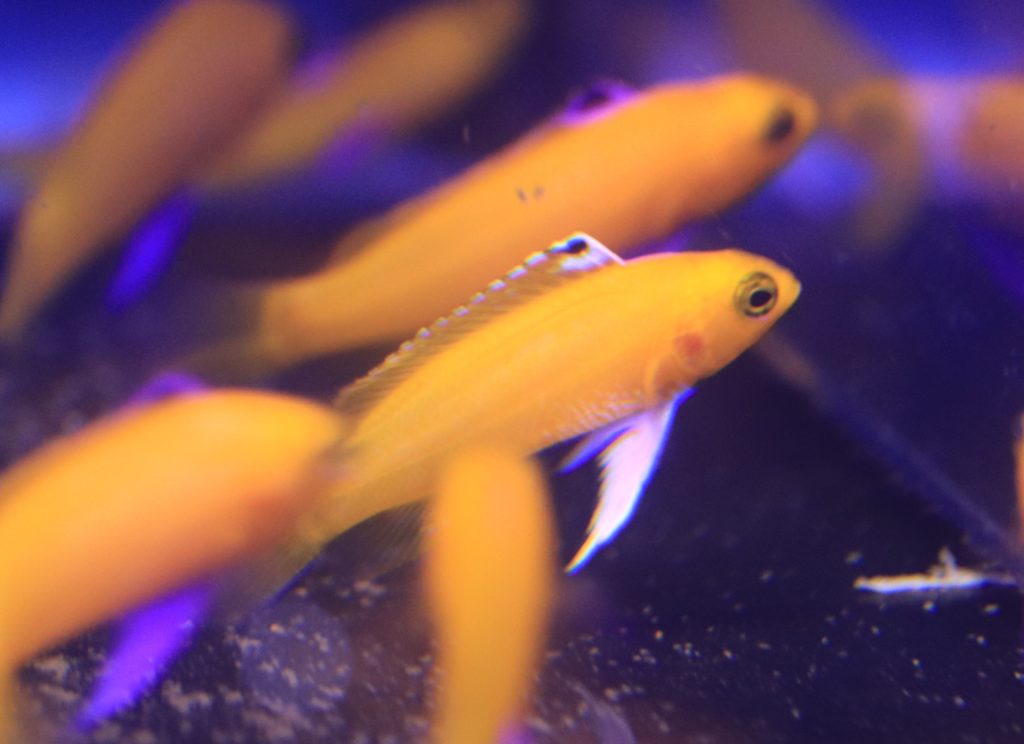 A “Platinum” or “white” form of Gramma dejongi swimming among its normally-colored siblings. 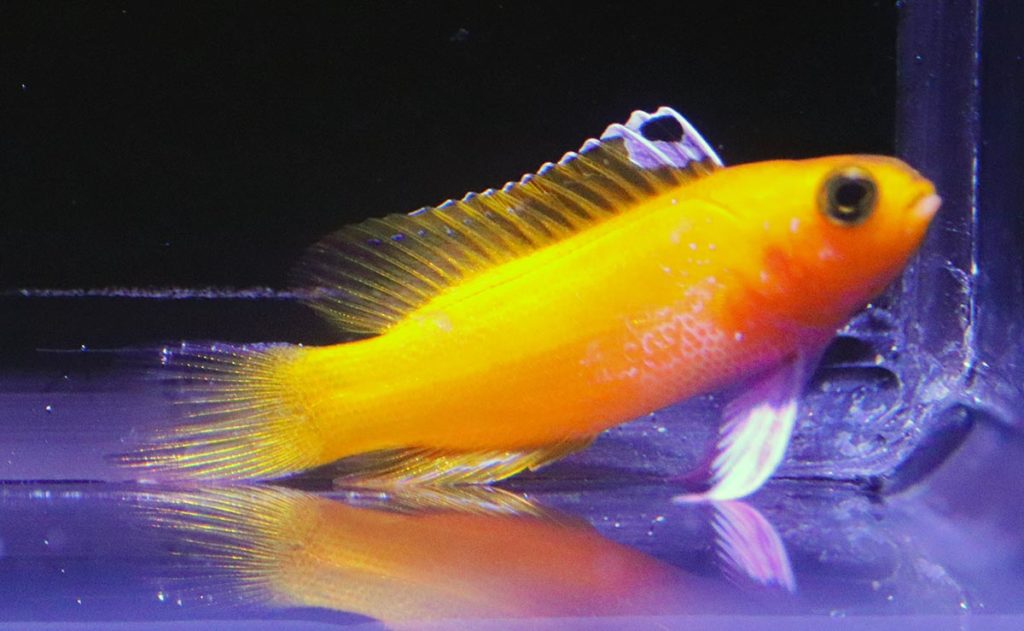 One more look at the unique white fin highlights that make the “Platinum” variant of the already rare Gramma dejongi.