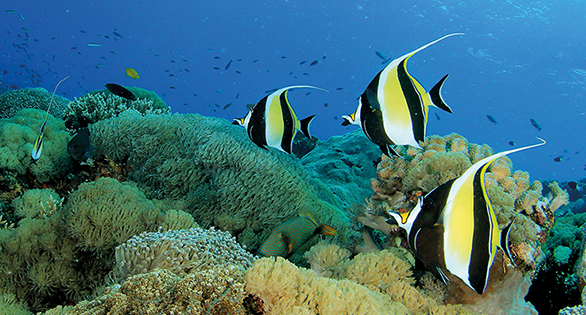 Aquarium livestock trade associations from across the globe have issued an open letter to the CITES Secretariat expressing their concern about a new proposal to study the trade and conservation of marine ornamental fish.

CITES, the Convention on International Trade in Endangered Species of Wild Fauna and Flora, is an international treaty meant to monitor and regulate international trade in specimens of wild animals and plants to ensure that trade does not threaten their survival. CITES regulations can and do have significant impacts on the aquarium trade, both marine and freshwater.

Ornamental Fish International, the Ornamental Aquatic Trade Association, the European Pet Organization and Pet Industry Joint Advisory Council (USA) have banded together to highlight their areas of concern over what is being proposed by CITES. They are arguing that the proposed study has a rushed timetable and lack of robust inquiry.

The open letter, which has also been sent to a wide variety of interested companies, academics and non-governmental organisations across the world, outlines the main concerns with the approach being advocated by CITES, which would see background studies into trade completed within a matter of months with a workshop then scheduled by the end of next year and proposals to reach the Animals Committee by mid-2021.

“The global ornamental aquatic industry is eager to support the recently agreed CITES initiative on the conservation of and trade in marine ornamental fish. We can help to provide the provision of good quality, up-to-date baseline data that is not currently available,” said OATA’s Chief Executive Dominic Whitmee.

“This will help ensure effective and well-considered solutions to support a long-term and sustainable future for the industry. We are concerned that this valuable opportunity could be lost if the process is hurried as is being suggested. We could not support this as it risks poorly considered outcomes that do not deliver truly sustainable conservation solutions. We believe that, as the global authority on fisheries management, United Nations FAO should be integral to delivery of this initiative.”

The open letter states: “The global trade is highly complex, made up of an enormous number of very small, widely dispersed artisanal fisheries across many countries, trading in over 2000 species from a wide variety of habitats, through numerous small and medium sized businesses via complex supply chains. It is low impact, low volume and high value. When managed well it can provide a net biodiversity and economic gain in some of the world’s poorest countries. This small scale and the diverse nature of the trade can mean that, whilst there may be questions over the sustainability of stocks in some areas, it does not necessarily mean those issues exist elsewhere for the same species. The task set by COP18 is therefore a huge endeavour and we must not underestimate the substantial effort that will be required from all parties involved if we are to achieve useful and beneficial outcomes.

“However, from information presented to and comments made during COP18, it is clear that there is a deep lack of understanding of the marine ornamental fish trade.

“We do not believe that rapidly prepared background studies, as has been proposed, will be able to demonstrate an accurate picture of the global trade. Official data does not contain sufficient depth to identify species in trade and is often inaccurate. For example, it suggests that Spain is a major exporter of marine ornamental species when in fact there is little to no trade from there – possibly a case of incorrectly recording marine food fish as marine ornamental fish. This data cannot therefore be relied on to provide a good baseline to describe the global trade.

“Data from academic/scientific reports is, on the whole, out of date (by 15-20 years) and does not accurately reflect current trade patterns. The results from these studies are often based on incorrect assumptions about the trade and unsound data extrapolations, ultimately resulting in outcomes that do not reflect the real world trade (which changes according to changing demand) and in misleading or inappropriate conclusions.

“We cannot support any approach that prioritises administrative expediency over good baseline data and a constructive approach to decision-making. We do not therefore support it.”

However, the global trade bodies do welcome the idea behind the proposal – to build a better understanding of the trade in marine ornamental fish, provided it is done well using reputable and independent organisations experienced in doing this kind of research. The open letter adds:

“We are keen to identify outcomes that can secure a long-term sustainable trade and, as we have stated both at the COP and since, we are eager to work in partnership with key intergovernmental organisations, such as the UN’s Food & Agriculture Organisation (FAO), WCMC and International Union for Conservation of Nature (IUCN) to ensure this. We therefore offer our support and cooperation and the input of our member businesses to work with these organisations and CITES in defining a trade data collection method that can engage, and be supported by the global industry and ensure the delivery of sound baseline data for future decisions.”