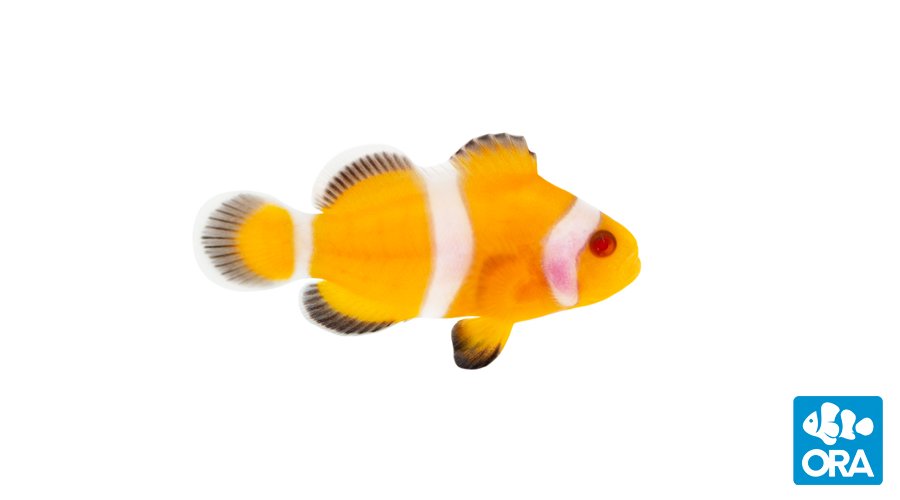 ORA’s commercial release of the Zombie Clownfish makes another designer mutation available to the mainstream market. This is how they start out, as a bright orange juvenile with gleaming red eyes.

ORA Zombie Clownfish are a thing. And yes, they’re weird and look like a living dead fish. Just in time for Halloween! 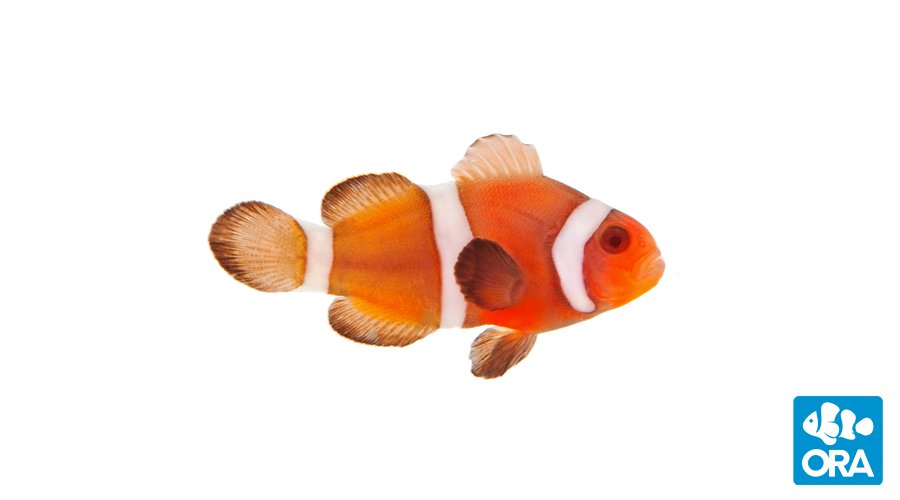 Intermediate coloration of a Zombie Clownfish as the fish starts to mature.

Their final form is something like a soggy ORA Black Ocellaris that swam up from the depths of the underworld, looking spectacularly like a living DOA. 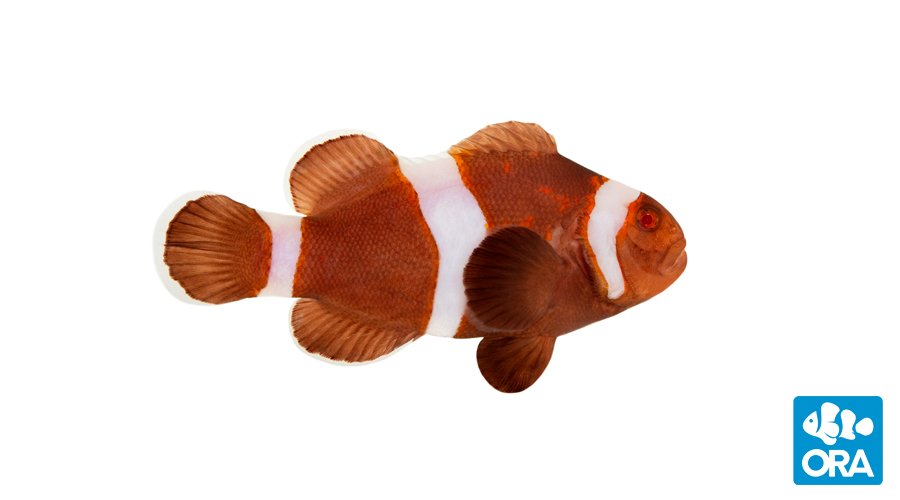 Our broodstock descends from specimens ORA obtained from clownfish breeder Robert King.  Robert named these fish Zombies when he first spotted them in a batch he raised from two normal-looking wild-type Black Ocellaris parents.

Some initial Internet chatter has suggested that the Zombie clownfish are blind, but that is not the case. ORA notes that their visual acuity is reduced, however.

Also, take note, there is a second genetic addition in the work; Zombie albinos with the Snowflake gene. The combination of Snowflake and Zombie genetics means that only a very small percentage of the offspring currently fit this phenotype. No word yet on any release date for this fish, which ORA president Dustin Dorton said, “We don’t have a final name for them but have been calling them Snow Zombies. I call them White Walkers.” More varieties are the works. 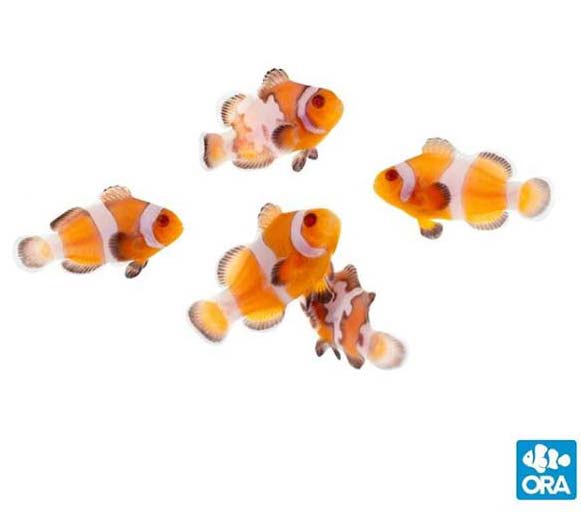 Zombie clownfish with siblings that also carry the Snowflake gene. What would you call these new and very rare variants?

The original discovery of the Black Zombie Albino Ocellaris, some seven years ago, as reported on Reef Builders.

During the summer of 2019, briefly labeled as “Zombie” Clowns, the mystery was unraveled as we obtained insights on what we now know as the Moonlight Clownfish, unrelated to the true Zombie lineage that ORA is now producing.