Characterizing the US Trade in Lionfishes

Eight species of lionfishes present in the U.S. ornamental fish trade from April 2016–2017, from the new open-access journal article, Characterizing the US Trade in Lionfishes. Image credits: John E. Randall

The well-developed global trade in marine ornamental species supports collectors, wholesalers, and retailers economically, and can produce conservation benefits through public exposure and outreach. However, the global trade in these species is not without its drawbacks, including the potential introduction and establishment of non-native species, which can lead to economic, social, and ecological costs. Eradicating or slowing the spread of introduced species post-establishment can be extremely difficult. Environmental damages and control programs for invasive marine and freshwater fishes in the U.S. cost managers and stakeholders an estimated US$5.4 billion each year.

The global trade in marine ornamental species encompasses over 1,800 species of fishes from at least 125 different families, including taxa from the small-bodied Chromis viridis (10.0 cm) to the largest member of the family Labridae, Cheilinus undulatus (229.0 cm). Included in trade are the ecologically and economically important venomous lionfishes in the subfamily Pteroinae, a group with known invaders. As such, it is important to evaluate the variety and volume of potentially risky species in the marine ornamental trade to inform proactive management approaches

Given the sheer volume and diversity of the marine ornamental trade, evaluating the risk of every species that may potentially be introduced into a non-native range is both cost-prohibitive and unfeasible. However, it is possible to evaluate the risk of species traded that share common characteristics to known invaders. This information can be used to inform proactive management approaches, and ultimately reduce or prevent the number of risky species that get introduced.

“We used federally- and state-collected trade data on lionfishes to draw the following conclusions: The marine ornamental trade is a potentially strong introduction pathway for just two species of lionfishes, namely the Red Lionfish (Pterois volitans) and the Zebra Lionfish (Dendrochirus zebra). The trade is a moderate to very weak pathway for all other species of lionfishes that can be found in the trade. Lionfish import is highly concentrated at the port of Los Angeles, and most specimens originate from the Philippines and Indonesia. Retail surveys indicated a much more limited diversity of lionfishes available to hobbyists than previously thought, especially when compared to stock lists provided by online vendors.”

Total volume of lionfish species imported into the United States from April 2016–2017.

“These data have several implications. The first is that there is likely significant lionfish mortality occurring from the time lionfish enter the country to the time that they are available in retail aquarium stores. Second, our analysis suggests that broad, blanket regulations on the trade of lionfishes at the genus level, such as those imposed by Florida state regulatory agencies, may be unnecessary. Finally, our data suggest that the riskiest species of lionfish from a trade volume perspective is still the Red Lionfish. While this species is already established in Florida waters, the vast number of species in trade are still imported from the Indo-Pacific. Therefore, secondary introductions have the potential to introduce new novel genes or traits that strengthen the impacts of the current lionfish invasion in the Atlantic Ocean.”

Read it now: “Characterizing the US Trade in Lionfishes” is freely available online at PLOS ONE.

In 2017, MASNA introduced the Dr. Junda Lin Memorial Fund for Publishing Open Access Marine Aquarium Research with the goal to off-set the cost to students of publishing research as open-access articles in order to promote the spread of scientific ideas to not only scientists, but to anyone who is interested in the research, by making it freely available

Dr. Junda Lin was a Professor of Biological Sciences at the Florida Institute of Technology and the Director of the Institute for Marine Research (IMR). Dr. Lin’s Lab focused on the development of aquaculture technology for marine ornamental species to offset and replace wild collection. Dr. Lin’s lab studied the basic biological processes of several shellfish and fish species, evaluated their aquaculture potential, and developed cultivation technology.

Rather than the traditional scientific publishing scheme where the reader of the scientific article incurs a cost to access the article, open-access articles charge the author a fee when the article is accepted by the publisher, resulting in scientific literature that is freely available to the entire world.

Therefore, the Dr. Junda Lin Memorial Fund for Publishing Open Access Marine Aquarium Research is a fund sponsored by individuals, aquarium clubs, businesses, and universities that provides students with a financial offset to the costs of publishing a scientific article as an open-access article. More information on how to apply and the donation link can be found here: http://masna.org/masna-programs/memorial-publishing-fund/

Scientific research has historically been published and distributed by for-profit companies that require readers to pay to access content, comprising a 19.6 billion dollar industry that results in inaccessibility for most hobbyists. However, open access publishing has been gaining traction in recent years. Project S, an initiative that promotes specific open-access publishing requirements for scientific research funded through public grants, has recently been endorsed by several international governments. Additionally, research institutions have begun terminating long-standing subscriptions to for-profit journals, and many independent researchers have taken an active stance on information dissemination by opting to publish in open-access formats. MASNA fully supports open-access publishing, and firmly believes that research relating to aquarium science should be available to anyone who wishes to read it. For more details on recent open-access publishing developments, read HERE.

MASNA would like to thank the donors that have contributed to the Junda Lin Memorial Fund thus far. Open-access publications allow the rapid dissemination of research to the non-scientific public that would otherwise not be able to access this information.

The modern marine sciences increasingly recognize the importance of informed hobbyists and citizen scientists in data collection, volunteer work, and in their ability to drive changes in public outlook and policy. MASNA welcomes donations from any organization or individual who shares the belief that advancements in science should be freely available to the general public, and those that support MASNA’s mission to encourage the sustainability and ethical growth of the marine aquarium industry through the education of its members and the wider hobbyist community.

MASNA is proud to release this Quarter 3, 2019, publication funded by the Dr. Junda Lin Memorial Fund for Publishing Open Access Marine Aquarium Research. It is now freely available to the public as an open-access article. 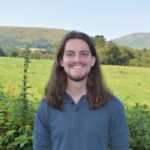 Our 2018 Q3 recipient is Tim Lyons, MSc, a conservation scientist based out of the New Mexico BioPark Society in Albuquerque, New Mexico.

Tim is the primary author of the paper entitled “Characterizing the US Trade in Lionfishes,” which was published by PLoS ONE in August of 2019. In his original research article, Tim and his coauthors identify the volume and diversity of lionfishes exported from source countries and imported into the United States, and ultimately lionfish availability in retail settings. This information is intended to provide managers and policymakers with a proactive evaluation of lionfishes traded within the country that are closely related to the highly invasive Red Lionfish in the Gulf of Mexico and the Caribbean. Together with character trait evaluation and rapid risk screening protocols, these data can reveal potentially risky species that may present an invasion threat if released into the environment.