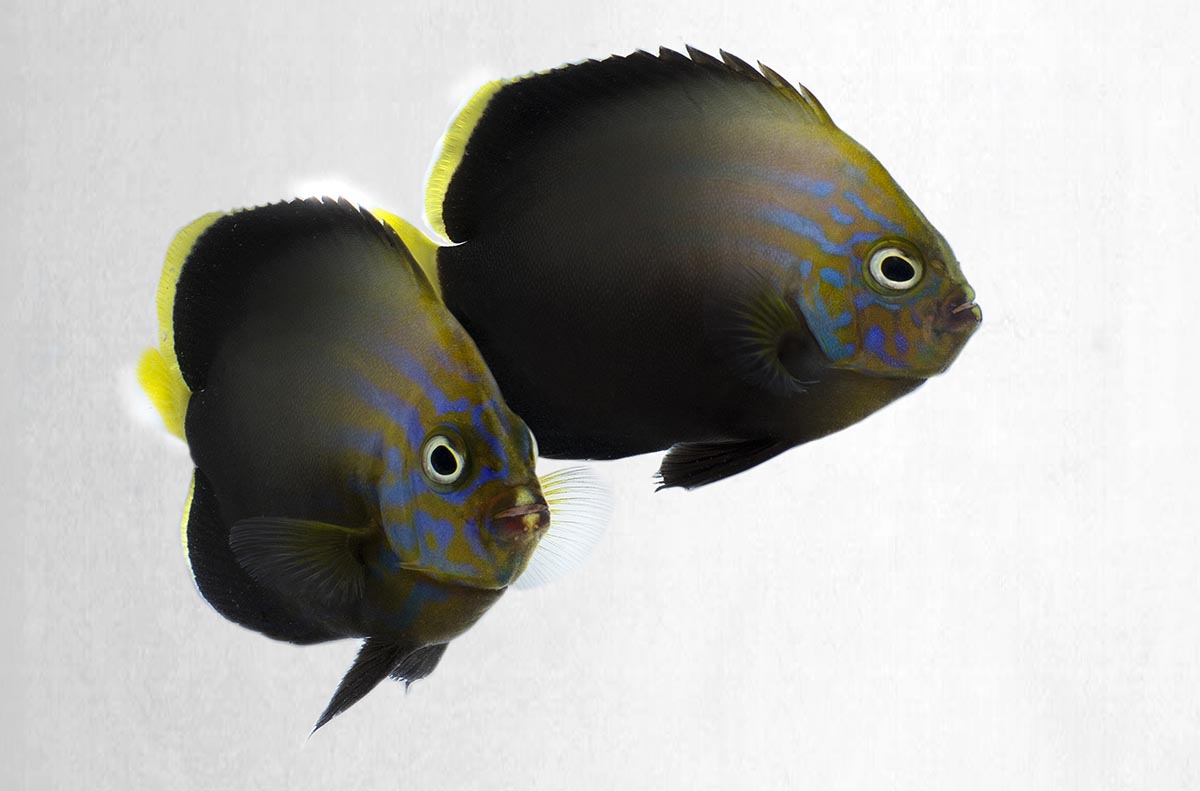 These new Blue Phantom hybrid Chaetodontoplus angelfish from Poma Labs are just starting to reveal hints at their adult coloration.

Poma Labs founder Dr. Matthew L. Wittenrich has an unabashed predilection for angelfishes of the genus Chaetodontoplus, and his latest captive-bred introduction is almost unlike anything you’d find in nature. Almost.

The Blue Phantom Angelfish was briefly shown off at MACNA for those who got to see it before Hurricane Irma caused several Florida-based aquarium companies (including Poma Labs) to depart early, a necessary move to ensure the safety of coral farms and fish hatcheries around the state. For most of us, this is the first opportunity to see and learn about this interesting new form.

As Dr. Wittenrich explains in his detailed article, “We often place a pair of Blueline angels [Chaetodontoplus septentrionalis] into tanks containing pairs of other angelfish in hopes of getting an accidental hybrid like our Conspic x Blueline cross. Several years ago we obtained a pair of [the undescribed] Black Phantom Angelfish and worked hard to get them healthy and conditioned. We raised this species earlier this year and started seeing some oddballs in the grow-out tanks. Some looked like Blueline angels and some looked like Black Phantom. Others looked a bit different. It is often difficult to tell exactly what is happening with Chaetodontoplus juveniles because so many species look so similar. It can take a year or more for the adult colors and patterns to start showing through the black and yellow juvenile colors. It soon became apparent that we had hybrids—hybrids between Blueline and Black Phantom angels.”

Of course, a few selected fin clips sent to the right researchers could also be of value. Perhaps a scientist out there could compare genetics between these know hybrids with samples of wild Maze Angels and come up with some interesting findings? 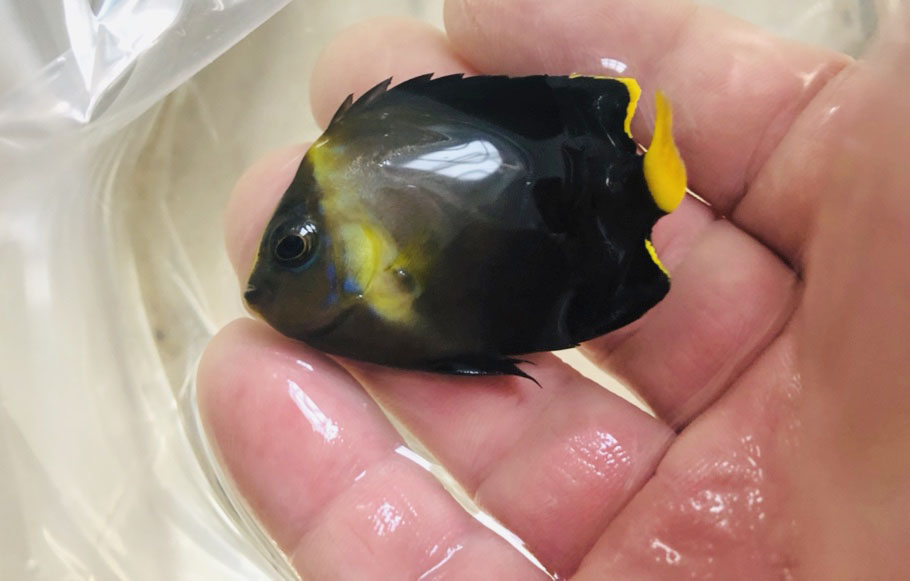 Another look at a very young juvenile Blue Phantom hybrid Angelfish. Only time will reveal what the adults look like, but they are anticipated to be similar to the Maze Angelfish.

Get It While You Can

Also in stock at Poma Labs right now: Captive-bred Conspicuous Angelfish for $4,000, and captive-bred Singapore Angels for only $89!

You can read a more in-depth look at this new variety in Dr. Wittenrich’s article, Introducing the Blue Phantom Angelfish, on the Poma Labs blog.