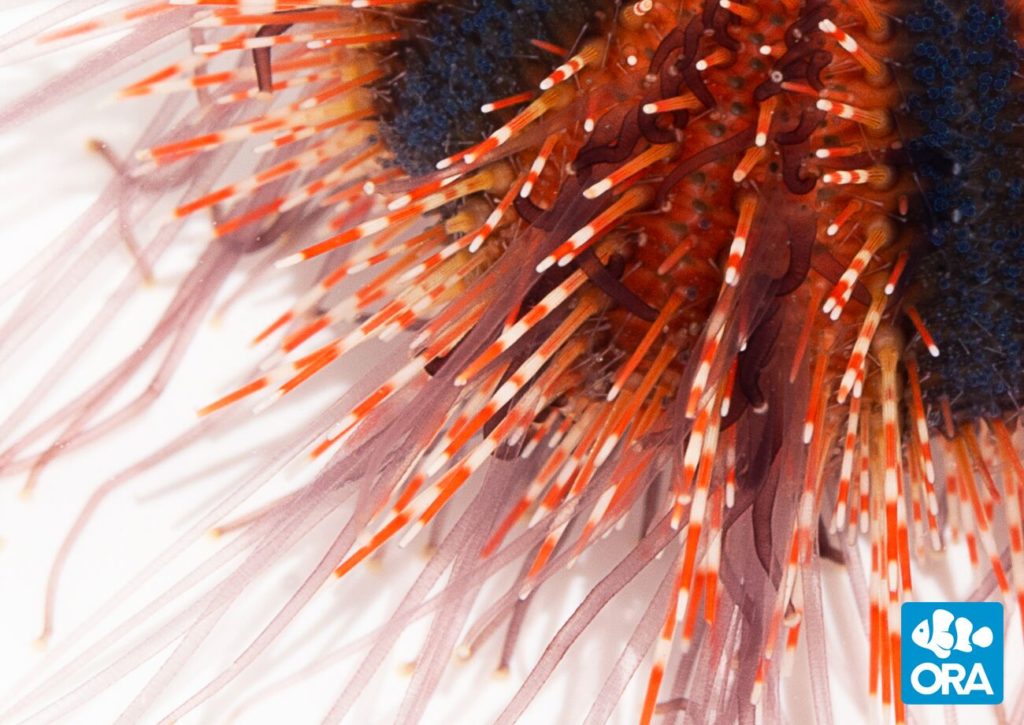 A captive-bred algae eater for the masses!

With some aquarists seeking to stock their aquariums with aquacultured marine organisms, one of the biggest hurdles met can be finding “cleanup-crew”–type organisms.

Generally speaking, our reef tank janitorial staff is made up of inexpensive, wild-harvested small marine snails and hermit crabs, which represent species that usually feed on the nuisance algae and detritus we encounter in our aquariums. With wild-harvested organisms sometimes sold at bargain-basement prices, there’s little opportunity for captive-bred alternatives to make headway in the aquarium livestock market.

Even with the stated goal of providing “a full range of aquacultured products that will ultimately lead to the 100% aquacultured reef aquarium,” Florida-based Oceans, Reefs & Aquariums (ORA) has had little to offer on the functional invertebrate front over the years—we have seen occasional offerings of Trochus and Cerith snails, Peppermint Shrimps, and the Variegated Urchin (Lytechinus variegatus).

This week, ORA announced the debut of an especially desirable invertebrate destined to wage war on the algae in your marine aquarium.

The Tuxedo Urchin, Mespilia globulus, has been bred many times before, but 2019 seems to be the “Year of the Tux,” with small-scale breeder Vossen Aquatics attempting to bring them into cultivation again (after past successful efforts); concurrently, aquarists at Omaha’s Henry Doorly Zoo and Aquarium raised batches behind the scenes. Additionally, spawns and rearing attempts were reported from the recently expanded biology labs at Augsburg University in Minneapolis, MN. All of a sudden, it seemed everyone was working on Tuxedo Urchin breeding projects, and this is just what’s been going on in the Midwest!

None of these efforts, however, have amounted to commercial availability of captive-bred Tuxedo Urchins this year. With a large-scale producer like ORA making this announcement, perhaps the idea of obtaining vibrantly-colored captive-bred sea urchins to rasp the pest algae from your rocks is no longer a pipe dream.

Of particular interest, ORA has recognized that they are producing two distinct color morphs of this attractive urchin species. The first they’ve dubbed the “Blue Tuxedo Urchin,” which they note “showcases darker blue” and appears to be almost a blue and purple color form. 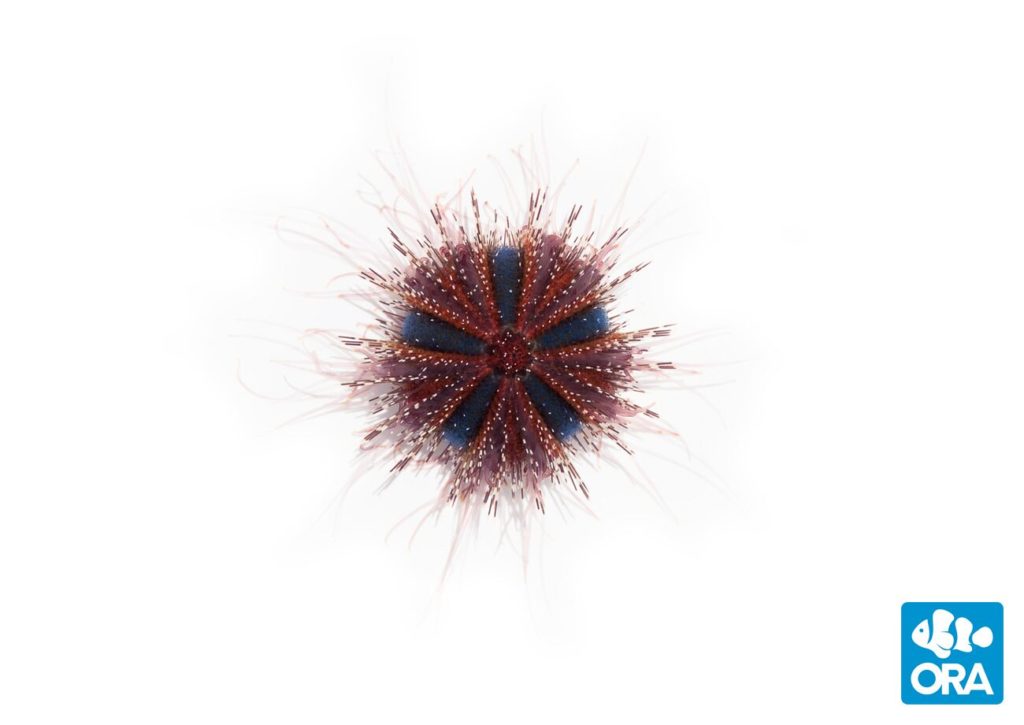 A representative of the blue variant of Tuxedo Urchin being produced by ORA.

The second phenotype has been dubbed the “Red Tuxedo Urchin”—a higher-contrast version of the blue form. 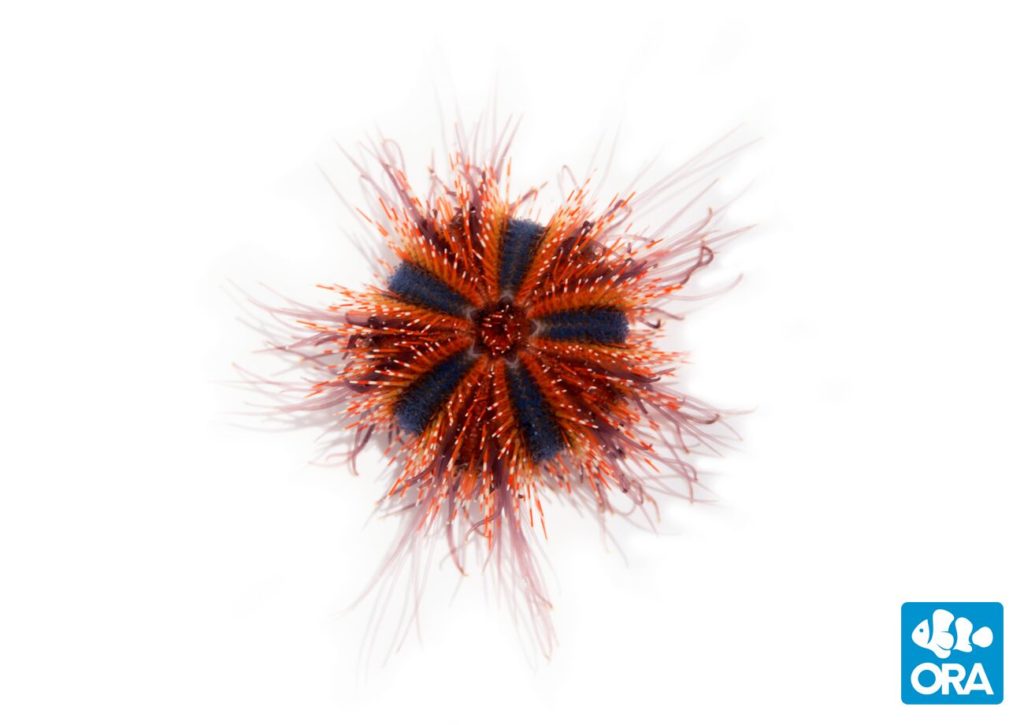 A representative of the red variant of Tuxedo Urchin being produced by ORA.

ORA notes that the Tuxedo Urchins are “mostly nocturnal; they will hide out in the rock work, coming out at night to consume all sorts of nuisance algae from hard-to-reach places.” These urchins are hitting the market at a size of 3/4″ to 1″ in diameter and are available through retailers that carry ORA fish and corals. The initial pricing  suggests they will be in the same ballpark as a wild-harvested version, eliminating most of the price competition from the aquarists’ decision-making process.

Should these urchins manage to eliminate all the problematic algae from your aquarium (or if you just want to keep a group together), they can be fed sheets of dried algae. 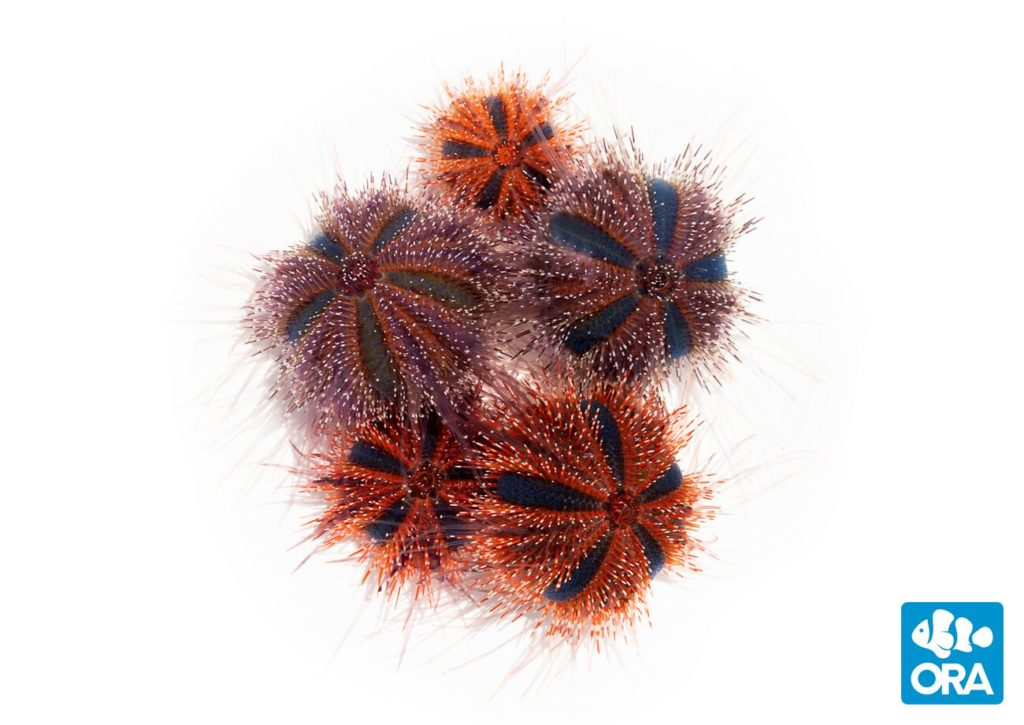 Seen together, ORA’s blue and red variants of Tuxedo Urchins are quite distinctive and attractive. So much for boring, drab, cleanup crews!