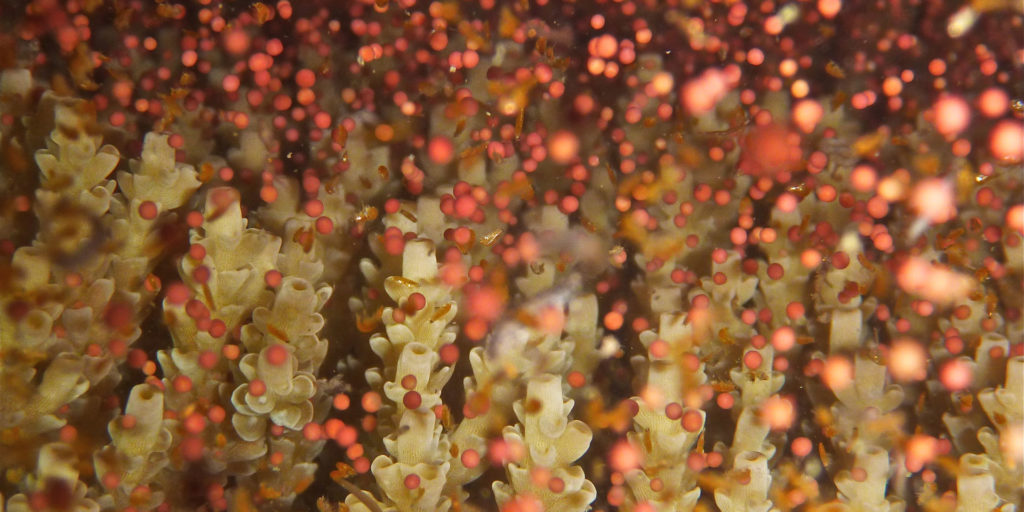 Some Red Sea Corals Are Spawning Out of Sync, and That Could Be a Very Bad Sign

Once a year, in the dark of night around the time of a full moon, as the water rises to a precise temperature, corals spawn, releasing billions of red, pink, yellow, and orange globules into the water—a visually stunning natural phenomenon that can be seen from space. The exact mechanism of synchronous coral spawning, also known as broadcast spawning, is not fully understood; not all corals spawn at the same time, but each species has a specific synchronized annual timing for the release to ensure that mature gametes meet in the water. There they form planulae, or coral larvae, which float around and eventually settle on hard substrate, where they bud and turn into new coral colonies, ensuring the continuation of the species. The mass spawning event also provides a feast for fish and other animals.

Corals, most of which are hermaphroditic, simultaneously release both eggs and sperm into the water. The timing of this spawning is crucial; if it is off even slightly, the corals may not breed sufficiently, and that can negatively impact the health of a colony. In recent years, scientists who have been tracking synchronous spawning noticed that corals in the Red Sea—which spawn at various times from June to September—were releasing their gametes in an unsynchronized fashion. The timing was erratic, different from years past, and unpredictable. 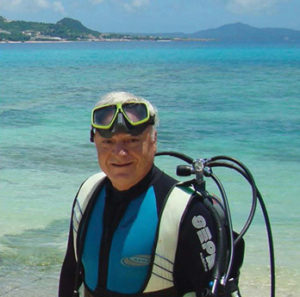 In a new paper published in Science titled “Breakdown in spawning synchrony: A silent threat to coral persistence,” Prof. Yossi Loya and PhD candidate Tom Schlesinger from Tel Aviv University in Israel write that climate change, and the warming of the oceans in particular, is most likely to blame for the desynchronization of coral spawning. (The ocean’s temperature in the Red Sea area of study is rising fast: 0.31 degrees Celsius per decade.) Another possible factor is the increase in endocrine-disrupting pollutants in the ocean, which are on the rise due to human industrial activity. Consistency is key for successful spawning, and the scientists posit that the volatility that warming oceans and pollution have introduced into the delicate equation is throwing the entire process off balance. The result of this desynchronization is less coral propagation, which leads the scientists to worry that if this trend of unsynchronized spawning continues, large swaths of older coral populations could die off from lack of successful spawning.

Loya and Shlesinger note that the problems with synchrony, unlike coral bleaching, are invisible, but that they pose at least as great a threat to the reefs’ future as ocean acidification and bleaching do. Because synchronous spawning is reliant on water temperature (among other factors, including the phase of the moon, wind speed and direction, solar irradiance, and time of sunset), warming seas can throw off the timing of the event. Since the coral gametes survive for only a few hours, timing is everything; if it’s off by just a few hours, the fertilization potential takes a nosedive. The problem might not be immediately noticeable, Loya and Shlesinger write, because a colony can appear healthy for years even if it is experiencing desynchronized spawning.

Unlike a bleaching event, which has a dramatic physical effect on corals, loss of breeding synchrony is a danger hiding in the subtle timing of gamete release. No one would notice it if they weren’t paying extremely close attention to the spawning events, as Loya and Shlesinger did. They monitored spawning events in the five most populous coral species in the Gulf of Eilat/Aqaba in the Red Sea during 225 multi-hour night dives over a period of four years. They mapped areas of the reef and counted coral specimens in those plots over the study period and compared their findings to records from the same area from the 1980s. They found that the species that were experiencing desynchronized spawning lacked numbers of juvenile specimens as compared to species whose spawning was properly synchronized. Loya and Shlesinger posit that what is occurring in the Gulf of Eilat/Aqaba is occurring in coral communities around the globe. Failure to reproduce could result in a major die-off in coral colonies of species that use synchronous spawning, a collapse as bad as or worse than what we have seen with bleaching events.

Intervention while there is still time

The one positive outcome of this research is that diligent scientists like Loya and Shlesinger make it easier to pinpoint where corals need helpful intervention going forward. By identifying desynchronized spawning early, before the colonies begin to die off, they have provided scientists with a road map of how to target research funding to save the corals in the Gulf of Eilat/Aqaba and in other parts of the world where this may be occurring. Tweaking with evolutionary timing and natural phenomena is a difficult task, to be sure, but the future of some coral species depends on our assistance to get their spawning back on track to correct the havoc humans have wreaked.