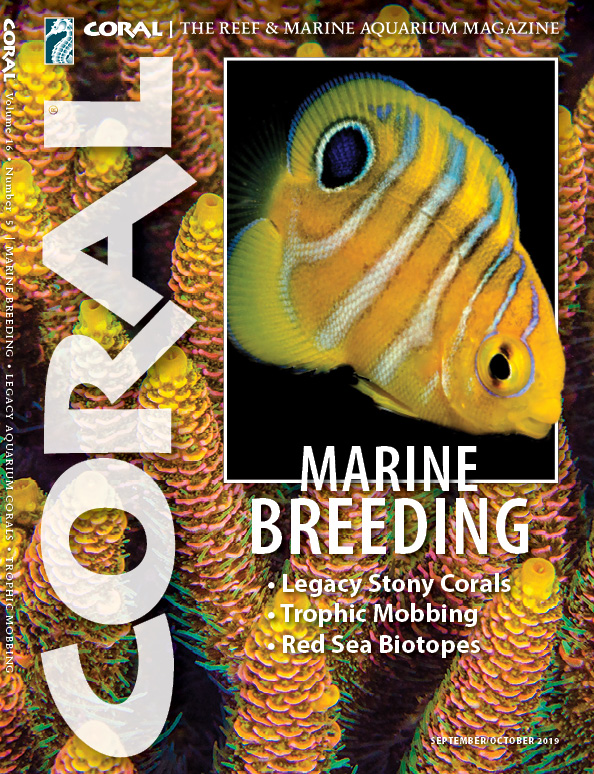 Go to the Digital Edition—Now Live for Immediate Reading

The September/October 2019 Issue of CORAL is printed and on its way to subscribers and leading local retail shops—on sale September 3rd, 2019, at the best marine aquarium retail stores everywhere.

Readers of the Digital Edition can have immediate access—just log in here: CORAL DIGITAL EDITION 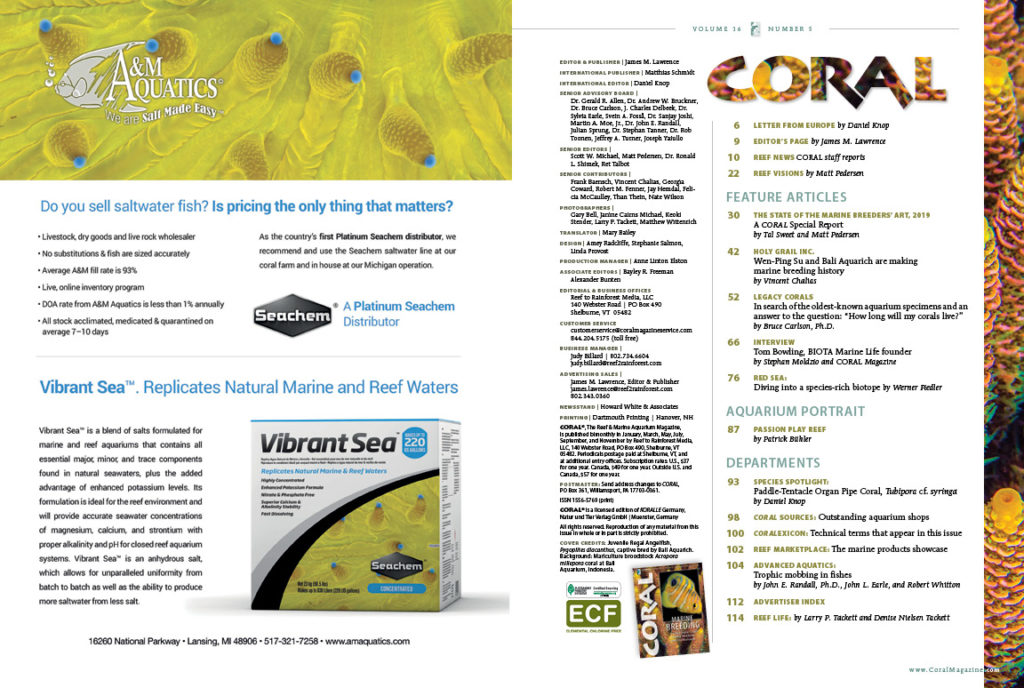 The Table of Contents for the September/October 2019 issue of CORAL Magazine. You can view this TOC online. 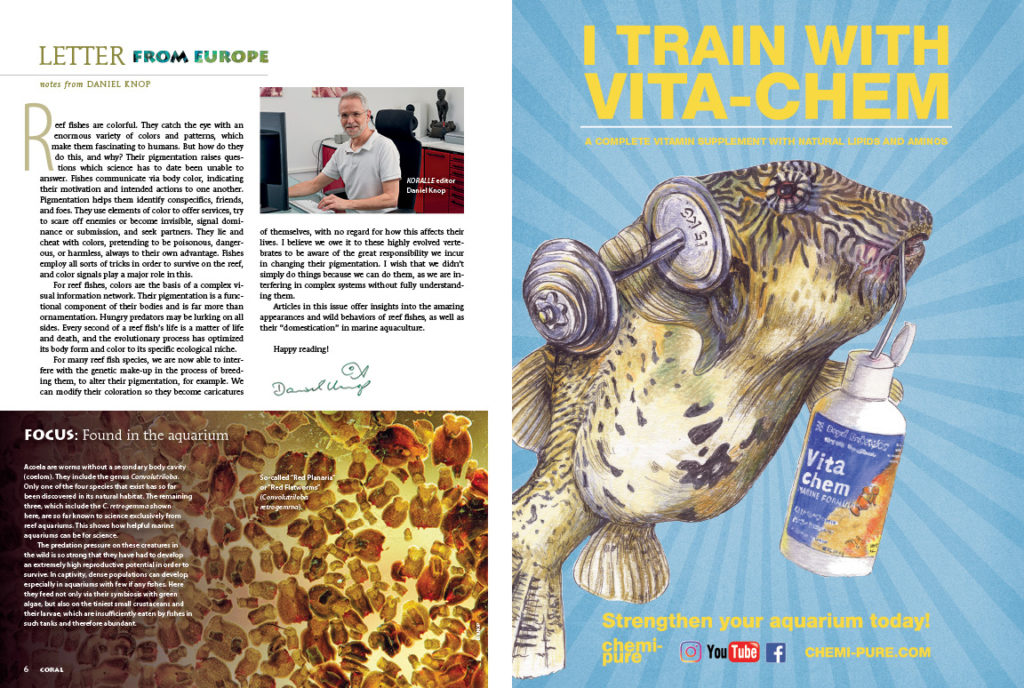 KORALLE Editor Daniel Knop ponders the “domestication” of marine fishes and asks, “Just because we can do something, should we?” Read more in his Letter from Europe. 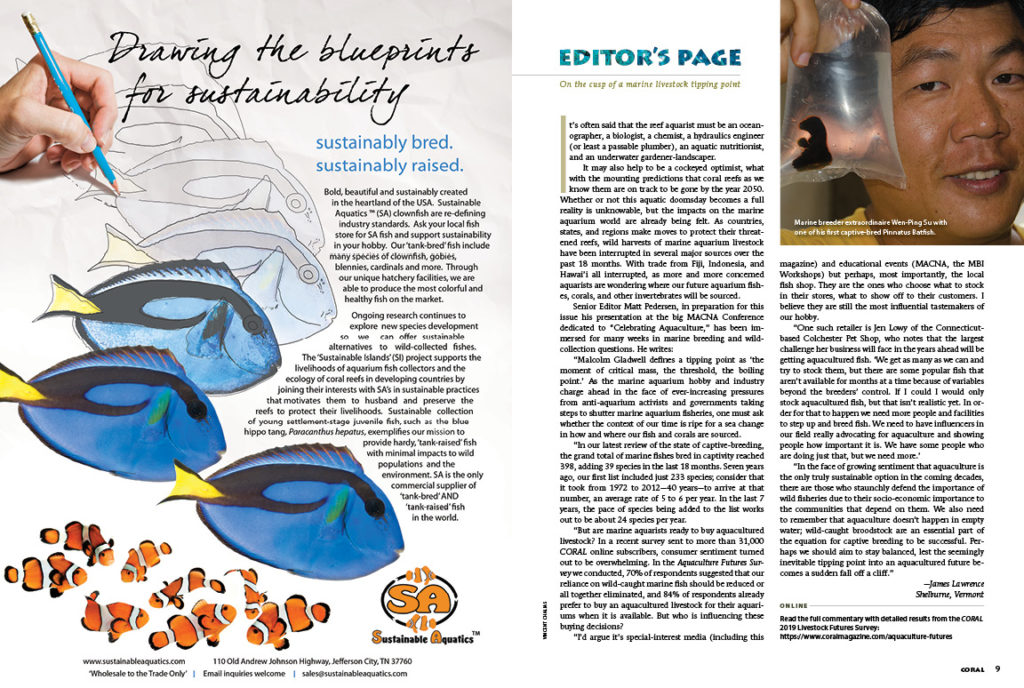 This issue’s Editor’s Page, with commentary from James Lawrence and Matt Pedersen, asks whether we are at a tipping point in the world of marine ornamental aquaculture. Read an expanded edition here. 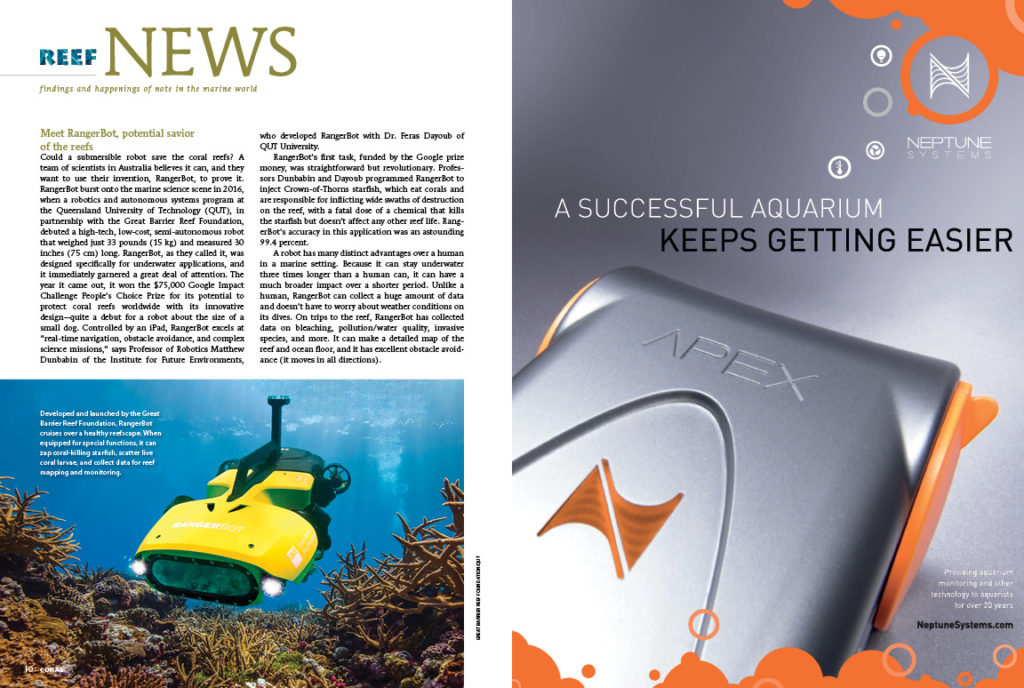 Reef News presents findings and happenings of note in the marine world. In this issue: RangerBot, nitrogen runoff as a significant reef killer, and clownfish as a model animal for aging research. Read more here. 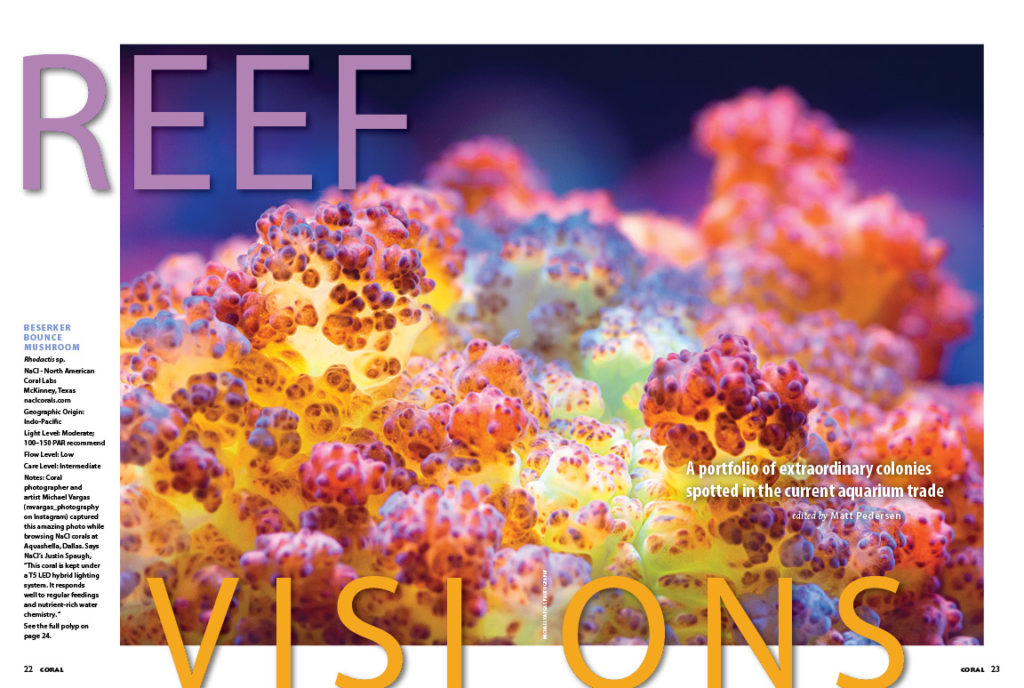 REEF VISIONS returns with a visual feast of rarities and oddities sure to delight reef aquarists. 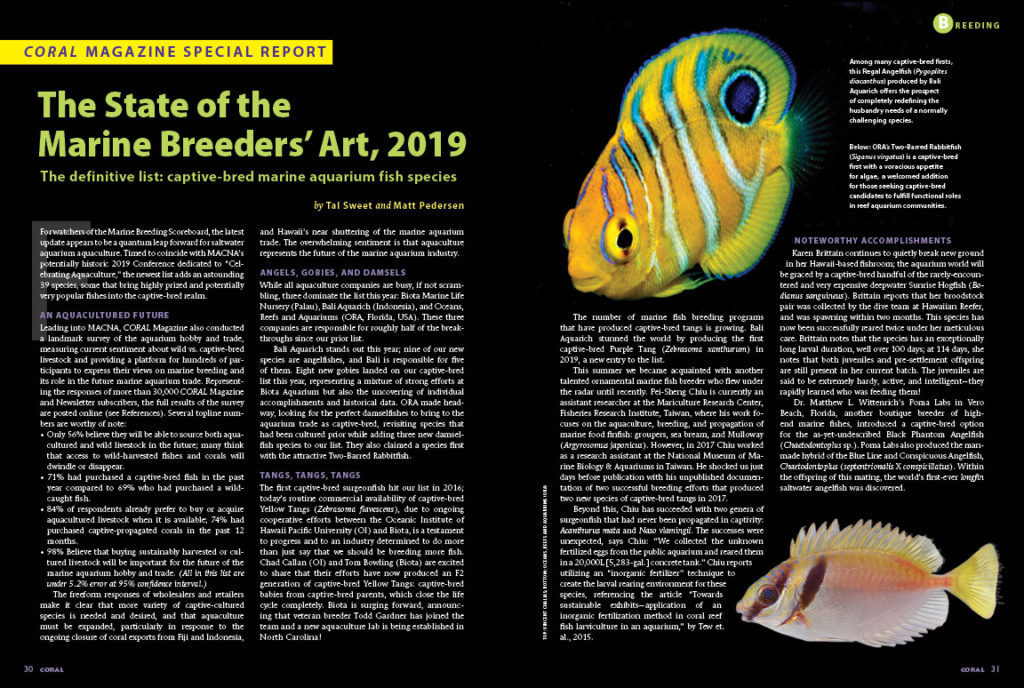 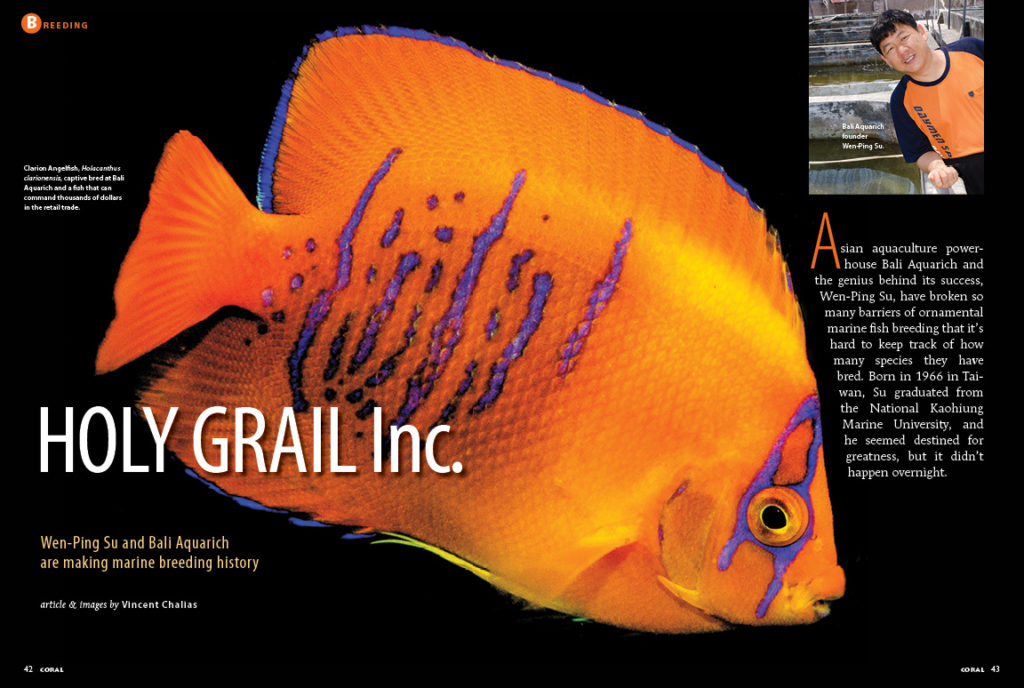 Asian aquaculture powerhouse Bali Aquarich and the genius behind its success, Wen-Ping Su, have broken so many barriers of ornamental marine fish breeding that it’s hard to keep track of how many species they have bred. Learn more in HOLY GRAIL Inc., by Vincent Chalias, recent Keynote Speaker at MACNA 2019. 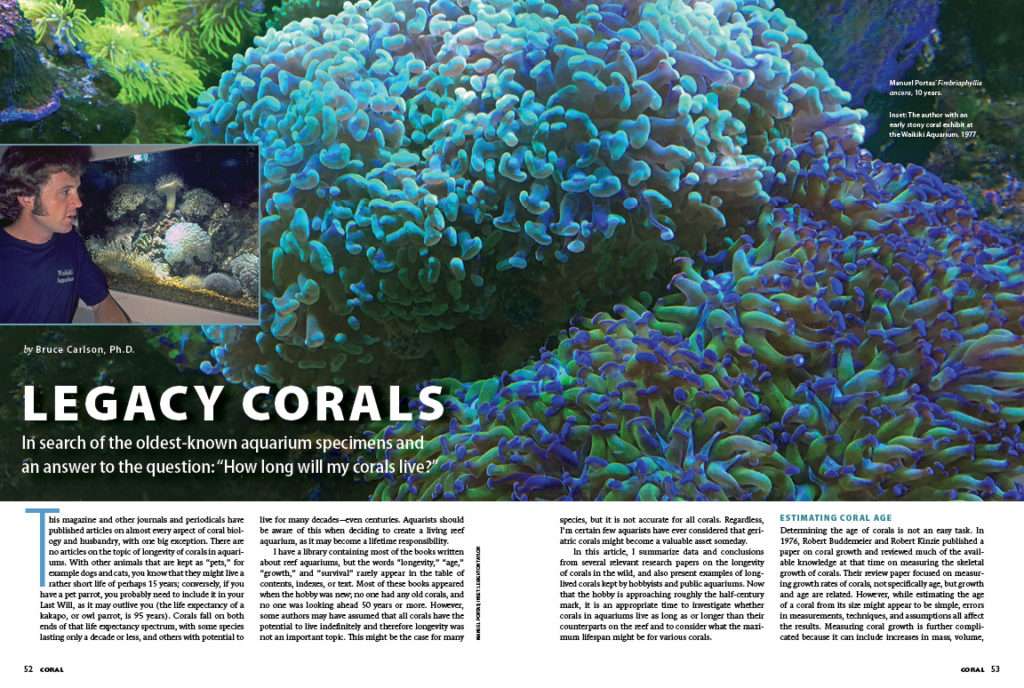 Dr. Bruce Carlson has been in search of the oldest-known aquarium specimens and an answer to the question: “How long will my corals live?” Find the clues and living examples in “Legacy Corals.” 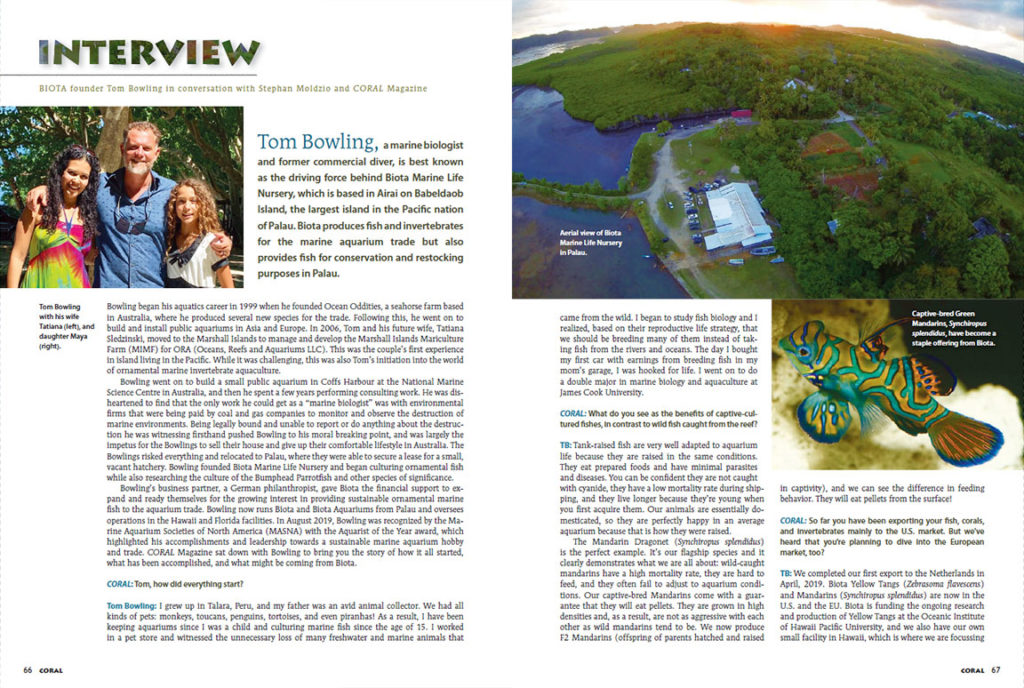 Learn more about the 2019 MASNA Aquarist of the Year, Tom Bowling, and his growing business, Biota, in a candid interview with CORAL Magazine staff. 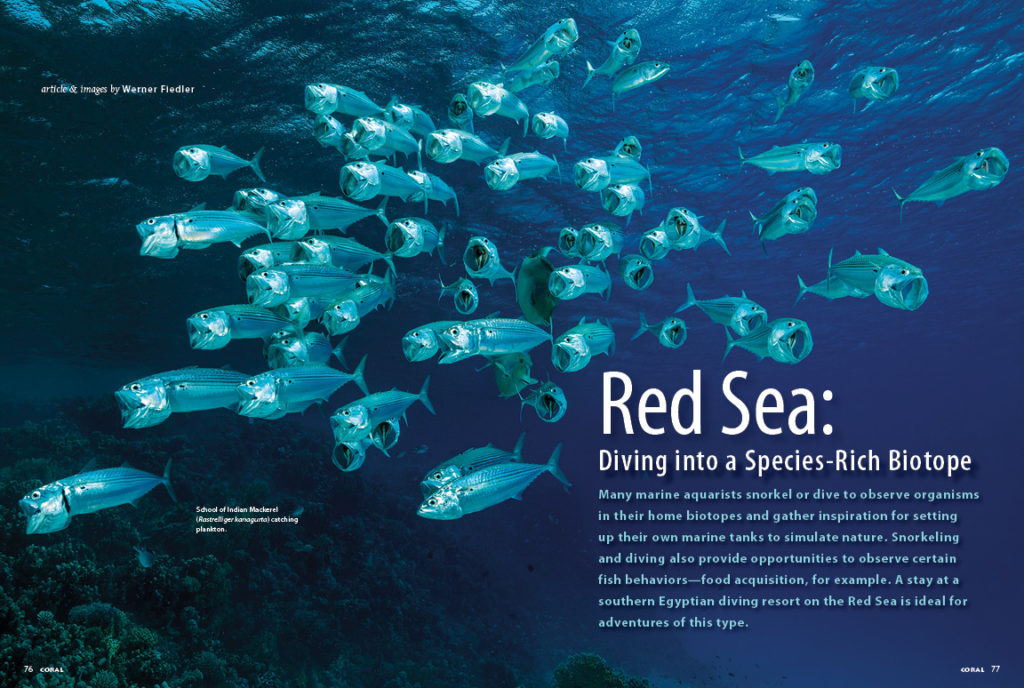 Join Werner Fiedler as he takes you on a memorable dive journey to the Red Sea. 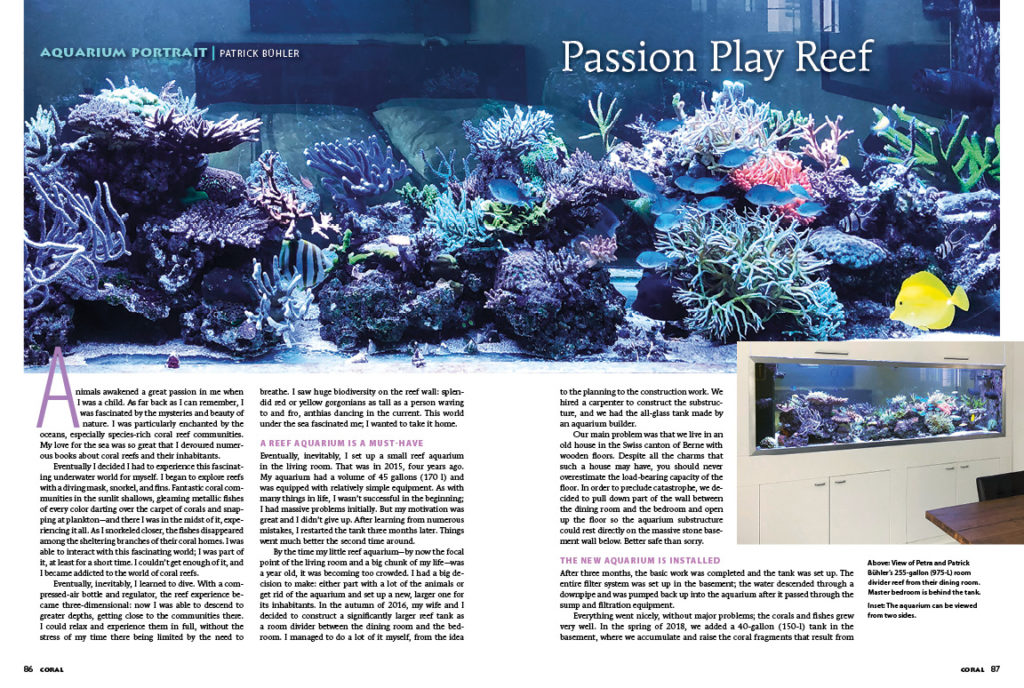 A view of Petra and Patrick Bühler’s 255-gallon (975-L) room divider reef from their dining room. Learn more about the evolution of this Swiss system in Aquarium Portrait (“Passion Play Reef”). 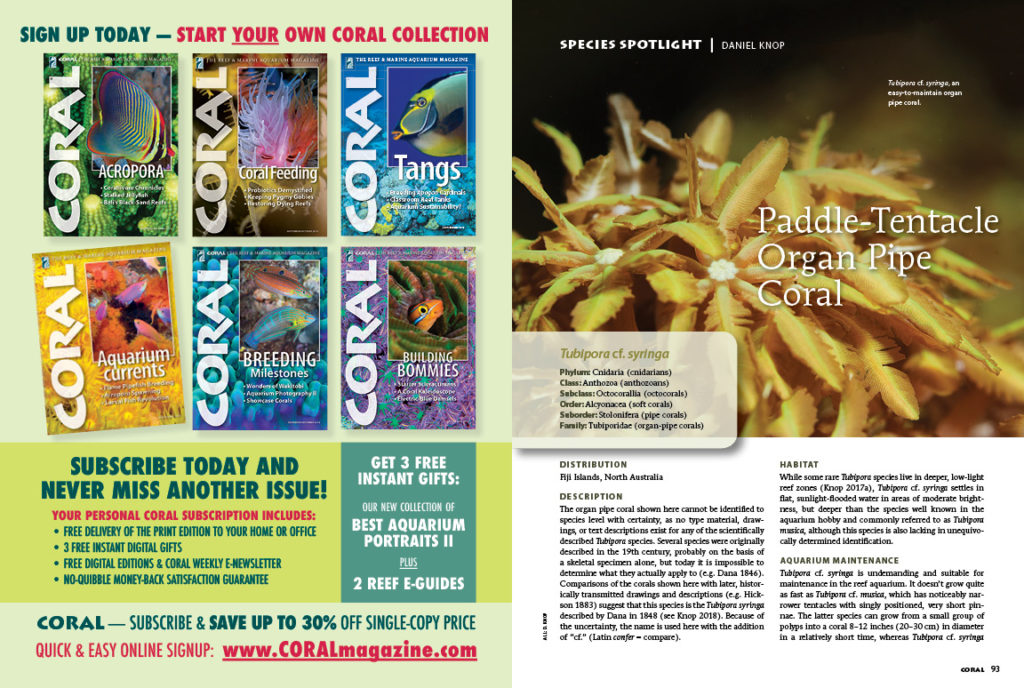 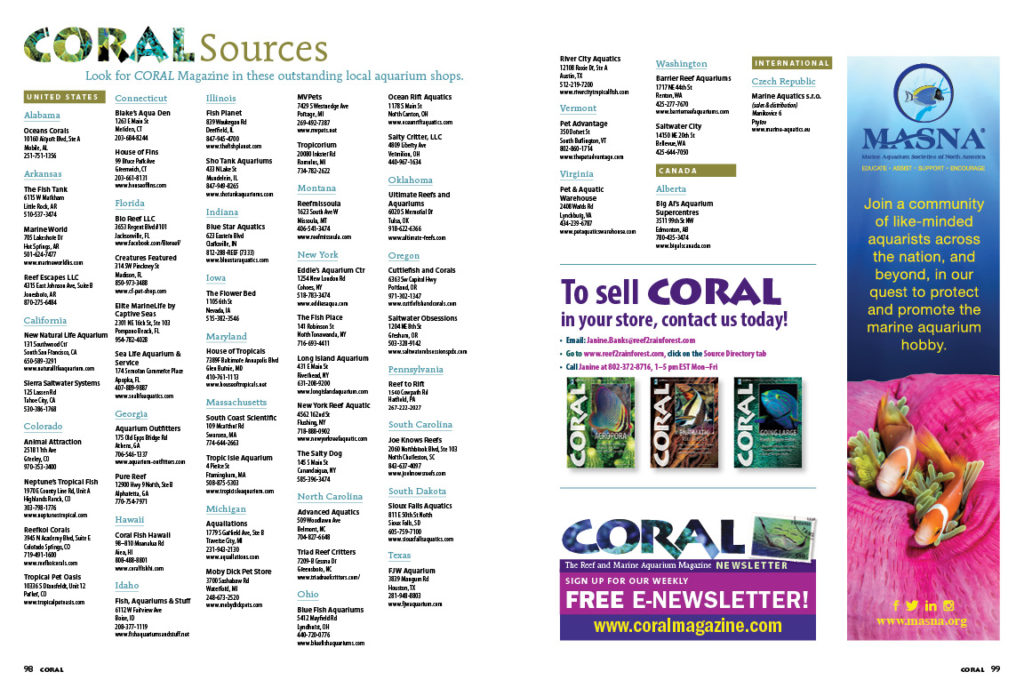 Find a directory of destination aquarium retailers with outstanding livestock, as well as your source for current and hard-to-find back issues of CORAL Magazine! You can view our sources list online anytime. 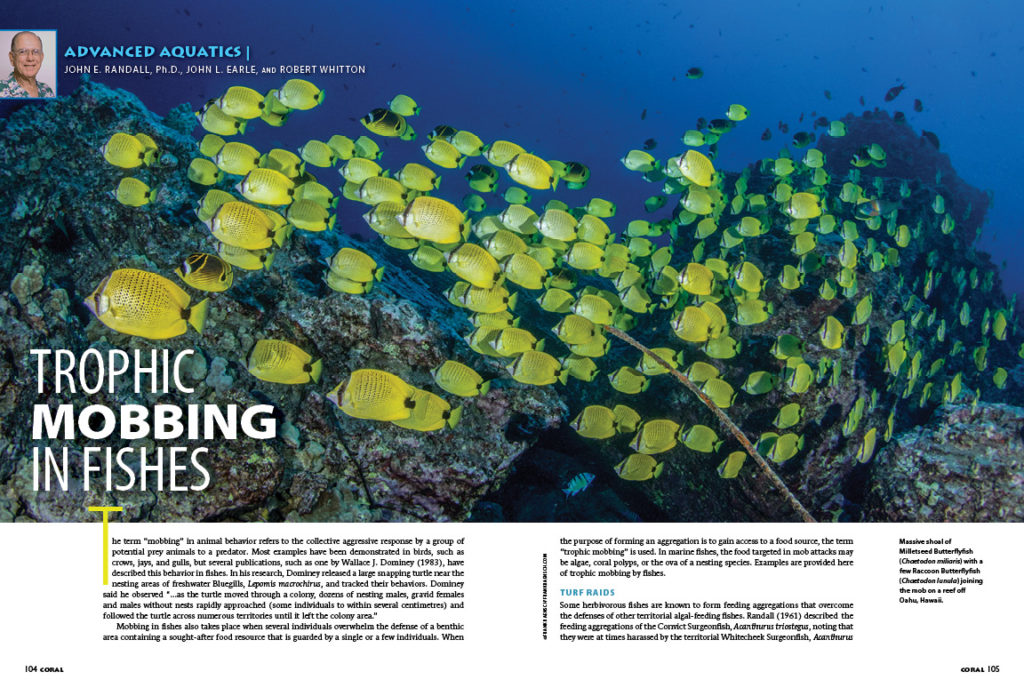 The term “mobbing” in animal behavior refers to the collective aggressive response by a group of potential prey animals to a predator. Most examples have been demonstrated in birds such as crows, jays, and gulls, but what is “trophic mobbing” as seen in reef fishes?” Dr. John E. Randall, John L. Earle, and Robert Whitton document and explain this fascinating piscine behavior.