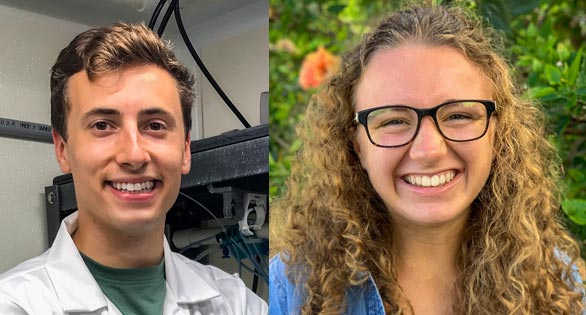 The faces of future marine science: J. Alexander Bonanno and Lauren Block are recipients of the 2019 MASNA Student Scholarships.

Orlando, FL. – August 27, 2019. At MACNA 2019, MASNA will be awarding its annual student scholarships at the banquet on Saturday, August 31st, 2019. Two $4,000 scholarships will be granted, one to an undergraduate student and one to a graduate student. 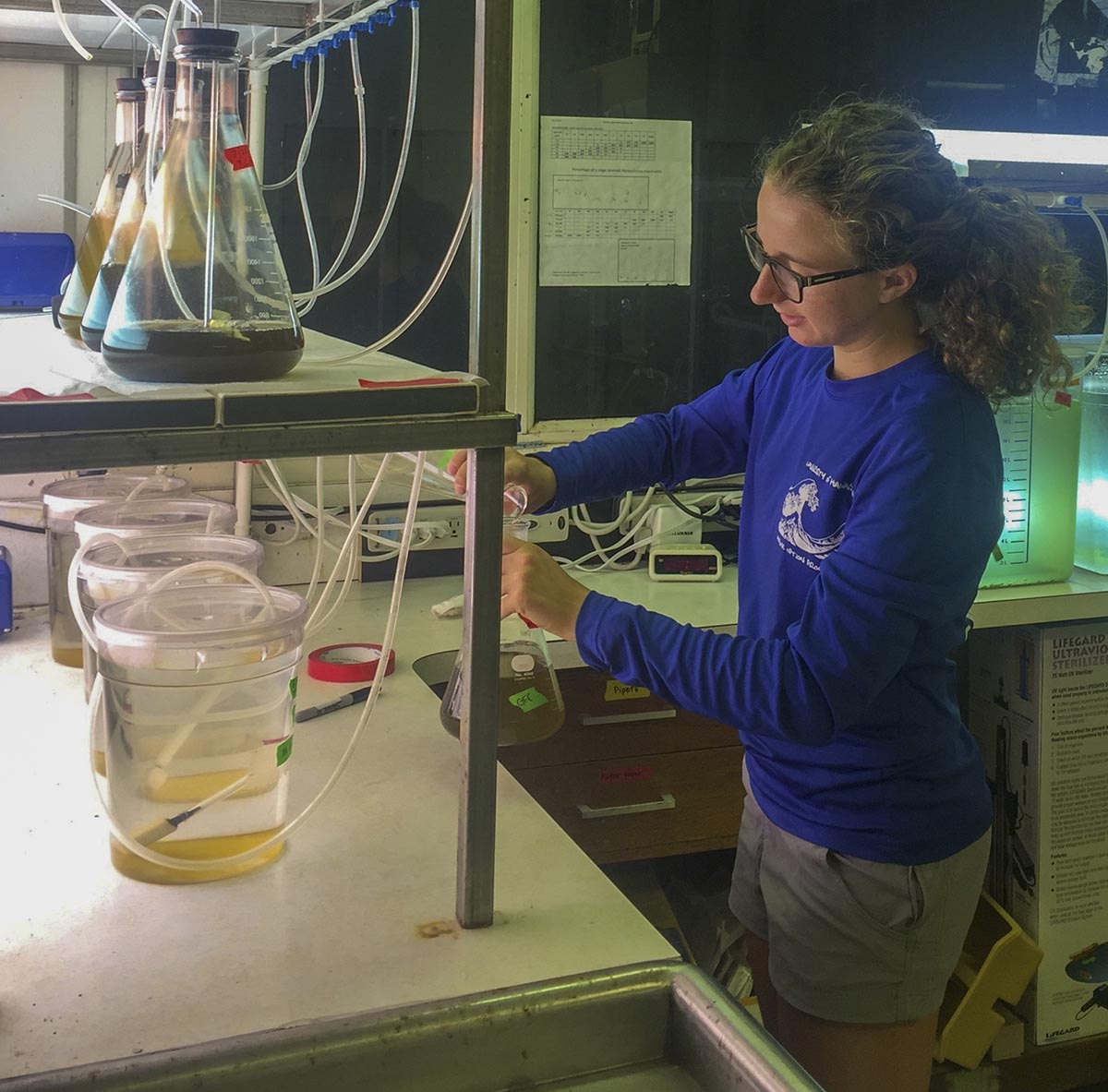 The 2019-20 MASNA Undergraduate Student Scholarship recipient is Lauren Block. Lauren is a full-time junior pursuing a Bachelor of Science in Marine Biology at the University of Hawai’i at Mānoa (UHM). 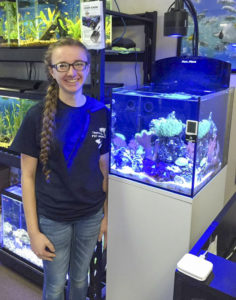 Lauren got involved in the aquarium hobby while working at a local fish store in her hometown. Her freshman year at UHM, Lauren began working in the Lenz-Hartline Lab culturing copepods (Parvocalanus crassirostris and Bestiolina similis) and phytoplankton. Since then, she has had the opportunity to assist in other ongoing research in the lab, including behavioral studies of copepods, feeding experiments of a sub-arctic copepod (Neocalanus flemingeri) in Alaska, RNA extractions, and the investigation of diseased copepods in Kaneohe Bay, Oahu. She has enjoyed learning a variety of scientific techniques through her involvement in various projects, and she loves the problem-solving that comes with culturing copepods. She is currently developing an independent project with Dr. Petra Lenz to create a co-culture that allows for larval clownfish (A. ocellaris) and copepods (P. crassirostris) to be timed and raised together in such a way that the age distribution of the copepods in the tank mirrors that of the feeding needs of the clownfish to maximize their growth and health.

Lauren’s passion for fish, culturing, and the aquarium trade has led her to pursue a career in marine ornamental aquaculture. In the future, she hopes to develop new, feasible methods for marine captive breeding, with the goal of providing a sustainable source of fish and invertebrates for the aquarium industry. 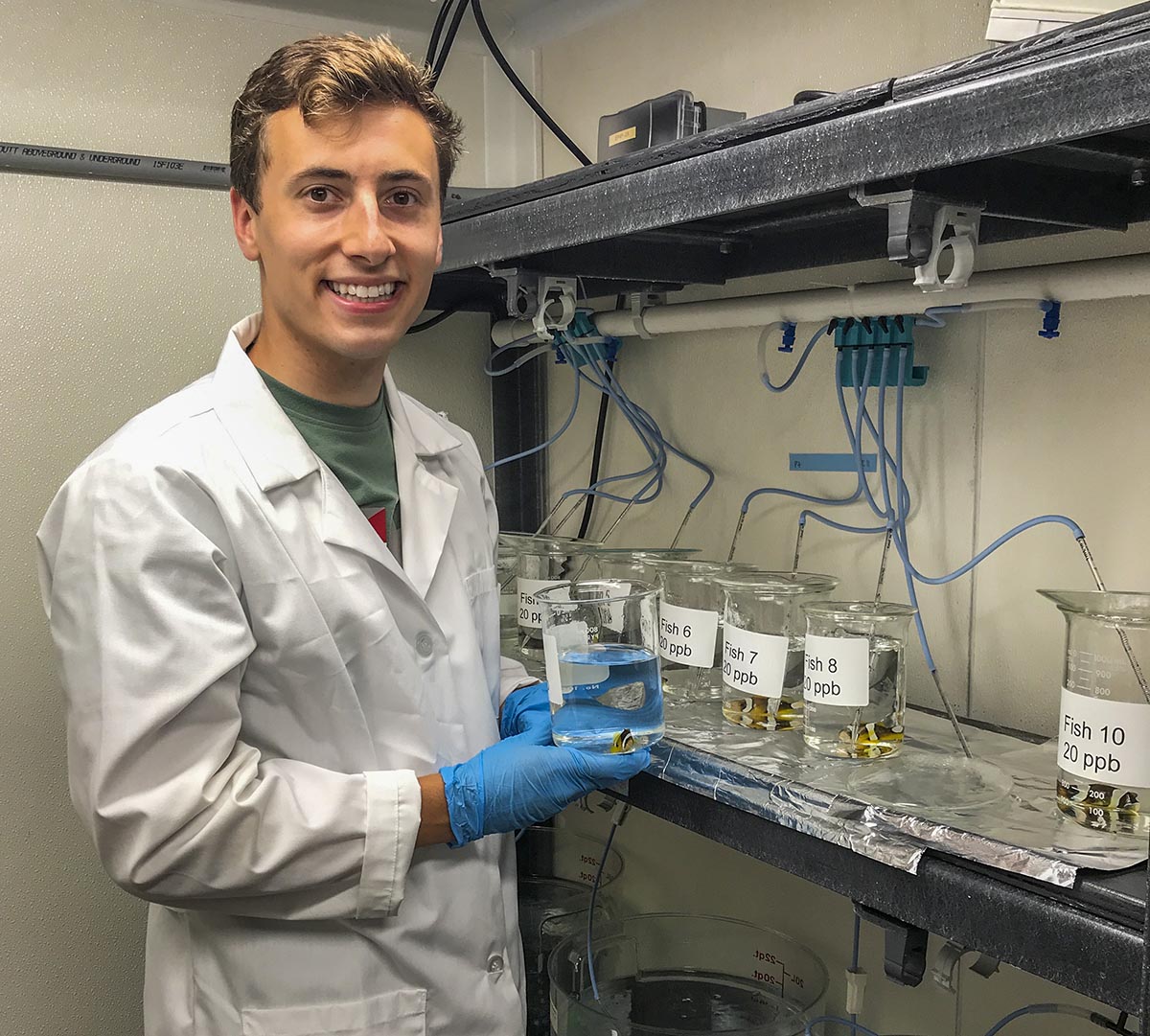 Alex received his B.S. in Marine Biology from Roger Williams University, where he gained several years of experience researching and caring for aquatic organisms by working in the Roger Williams University’s CEED Marine Laboratory and at the Audubon Society of Rhode Island’s Nature Center and Aquarium. Alex’s undergraduate research was focused on marine ornamental aquaculture; he worked on developing techniques to rear fish and invertebrates popular in the marine aquarium trade in captivity to reduce strain on wild populations and save them from exploitation. Alex was also able to study abroad during his time at Roger Williams University in Townsville, Australia, where he had the opportunity to assist in research on a local food fish called barramundi.

Alex’s current graduate research is conducted at the Intercampus Marine Science Graduate Program under his advisor Dr. Michael Tlusty of UMass Boston. Alex has dedicated his graduate work to preserving coral reefs by preventing a destructive fishing practice using cyanide. He has teamed up with Dr. Andrew Rhyne and Dr. Nancy Breen from Roger Williams University, along with researchers from Mystic Aquarium, to develop an efficient and reliable test to detect whether or not a fish was captured using cyanide. This test would allow for the screening of captured fish, giving law enforcement a way to crack down on the illegal practice.

To achieve this goal, he combined chemistry, toxicology, and genetics to study the toxico-kinetics of cyanide exposure and traces of exposure up to several weeks post-capture. The development of a cyanide detection test will not only help preserve valuable coral reef ecosystems, but will also significantly reduce the mortality rate of fish in the marine aquarium trade supply chain. Alex will continue to help answer questions critical to developing a verified detection method to combat cyanide fishing. While conducting this research, Alex will share his work through publications and presentations. After completing his M.S. degree, Alex is dedicated to advancing his efforts to protect and conserve the oceans, either through pursuing his Ph.D. or working in the industry. 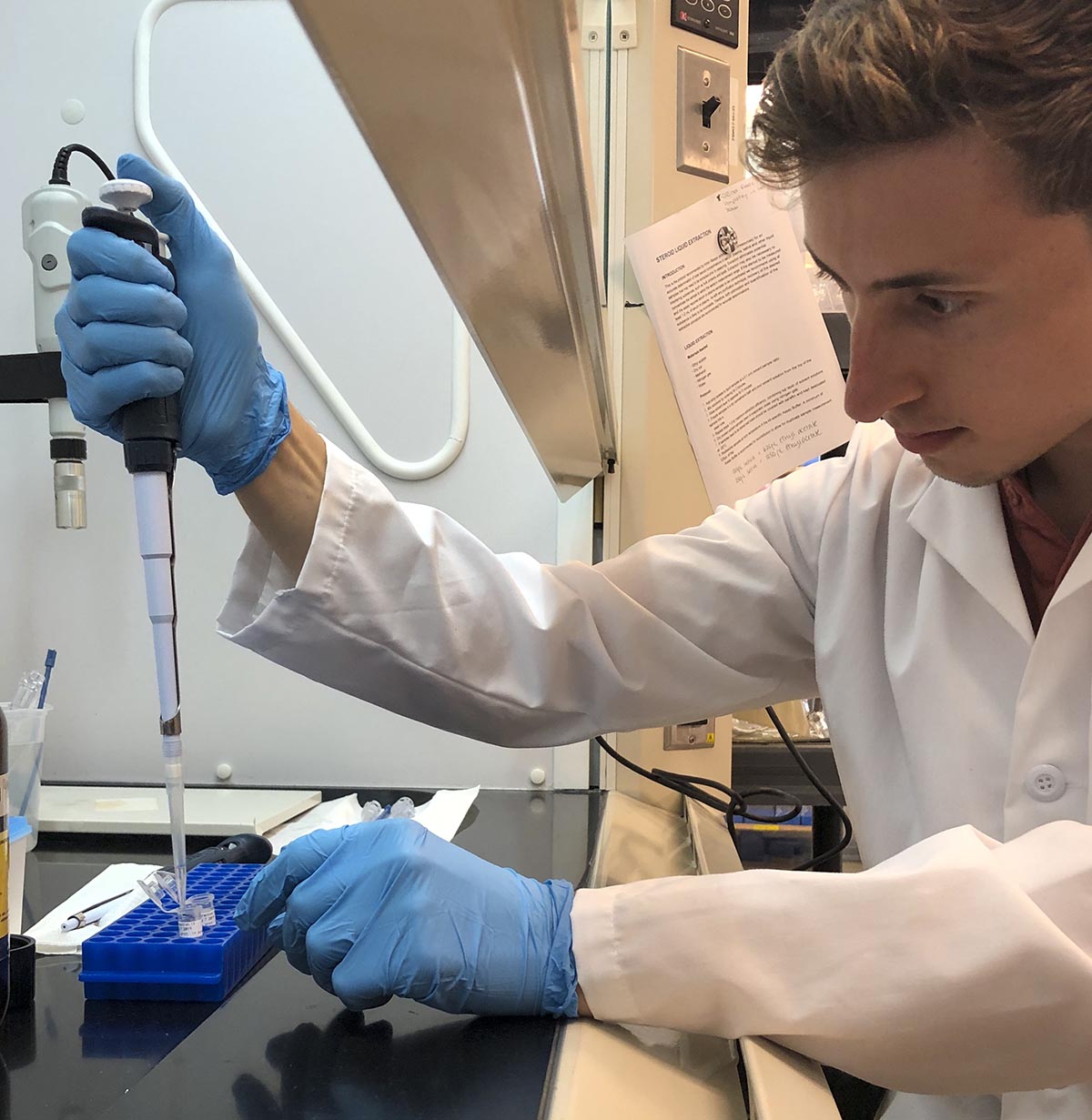 Over the past 11 years, the Marine Aquarium Societies of North America (MASNA) has provided $68,000 in funding for undergraduate and graduate college students to help them continue their degrees in the marine science discipline. The MASNA Scholarship Program has grown significantly to include applicants from North America and abroad. It is a competitive, esteemed award.

MASNA would like to thank LiveAquaria.com, Ecotech Marine, and Two Little Fishies. Without them, the two $4,000 MASNA Student Scholarships would not be possible.