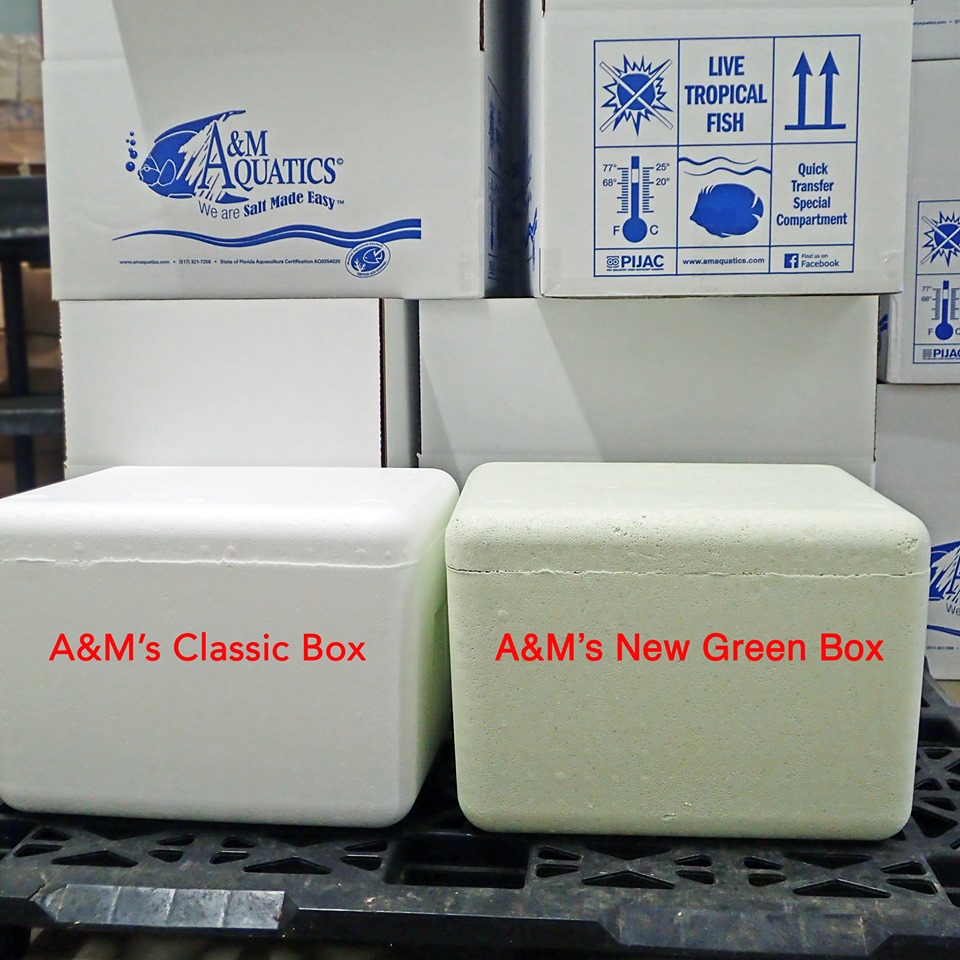 A&M Aquatics’ new shipping boxes, known to the trade and aquarium hobby as “Styros,” are a bit greener, both literally and figuratively.

New green “Styros” are both biodegradable and recyclable

“Our continuing commitment to healthy oceans is leading us to make a change in the Styrofoam boxes that we ship out. In the near future, you might notice that the Styrofoam you receive from us looks a little greener. It also behaves in a way that is greener.

“If you are unable to recycle or reuse the boxes, there is a small amount of an additive in the Styrofoam that will allow it to oxidize and then biodegrade. In dry storage, this process could take decades, but when left out in the sunlight it could take as little as a couple of years. 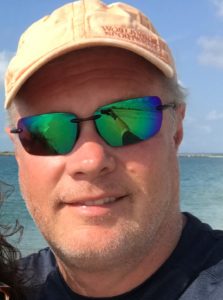 Expanded polystyrene foam boxes clad in exterior cardboard boxes (generally shorthanded as “Styros”) are the gold standard of the aquarium livestock industry. They insulate the life inside, mediating temperature swings, while also providing a relatively strong and lightweight container that can cushion a heavy, fragile load inside. When the shipment is lined internally with a large plastic bag, one would have to really mishandle a fish shipment before disaster struck (resulting in a leaky box and problems inside).

Polystyrene (recycling #6) is often touted as being highly recyclable; however, it is generally not accepted for curbside recycling. While these shipping boxes are often reused many times, most are ultimately destined for the landfill or incineration. Generally speaking, polystyrene is not biodegradable, although as A&M Aquatics announced, that appears to have changed.

We reached out to A&M Aquatics’ president Bill Backus to get more insight on what might be an industry-leading shift that addresses the polystyrene waste stream produced by shipping fish and coral around the globe.

Patent-pending REFOAM was introduced by IntegriTemp, the shipping packaging division of the Plastilite Corporation, in early 2019.

“The product is called REFOAM,” started Backus. “We have brought the product in now for about three months and have been testing it heavily. Everything we have been able to determine is that it works as well as standard Styrofoam in the same size.

“We have poured water in these REFOAM boxes; they held water without incident. We have them stored outside in the rain, and they are fine. They don’t degrade remotely as quickly as the biodegradable packing peanuts [which are made out of cornstarch and instantly disintegrate in contact with water]. Instead, the additive in REFOAM basically causes the boxes to oxidize or ‘rust’ over time. They are perfectly acceptable for the timeframes in our industry. The cost is about 15% higher than standard foam, but in our minds [it’s] well justified.”

Backus explained that examining the aquarium trade’s waste stream from all sides is important, and  after testing their shipping containers, it was an easy decision to make. “We work with live animals that come from the ocean and we are passionate about protecting that environment any way that we can. This is a new way that we can be environmentally responsible, while also supporting businesses that are making positive changes.”

What’s Up with This Foam? 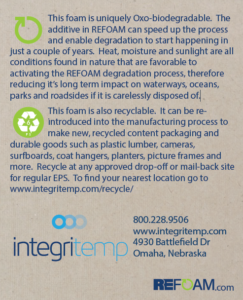 What’s up with this foam? (A REFOAM infocard from IntegriTemp)

From IntegriTemp: “This foam is uniquely Oxo-biodegradable. The additive in REFOAM can speed up the process and enable degradation to start happening in just a couple of years. Heat, moisture, and sunlight are all conditions found in nature that are favorable to activating the REFOAM degradation process, therefore reducing its long-term impact on waterways, oceans, parks, and roadsides if it is carelessly disposed of.

“This foam is also recyclable. It can be reintroduced into the manufacturing process to make new, recycled content packaging and durable goods such as plastic lumber, cameras, surfboards, coat hangers, planters, picture frames, and more. Recycle at any approved drop-off or mail-back site for regular EPS. To find your nearest location go to www.integritemp.com/recycle/”