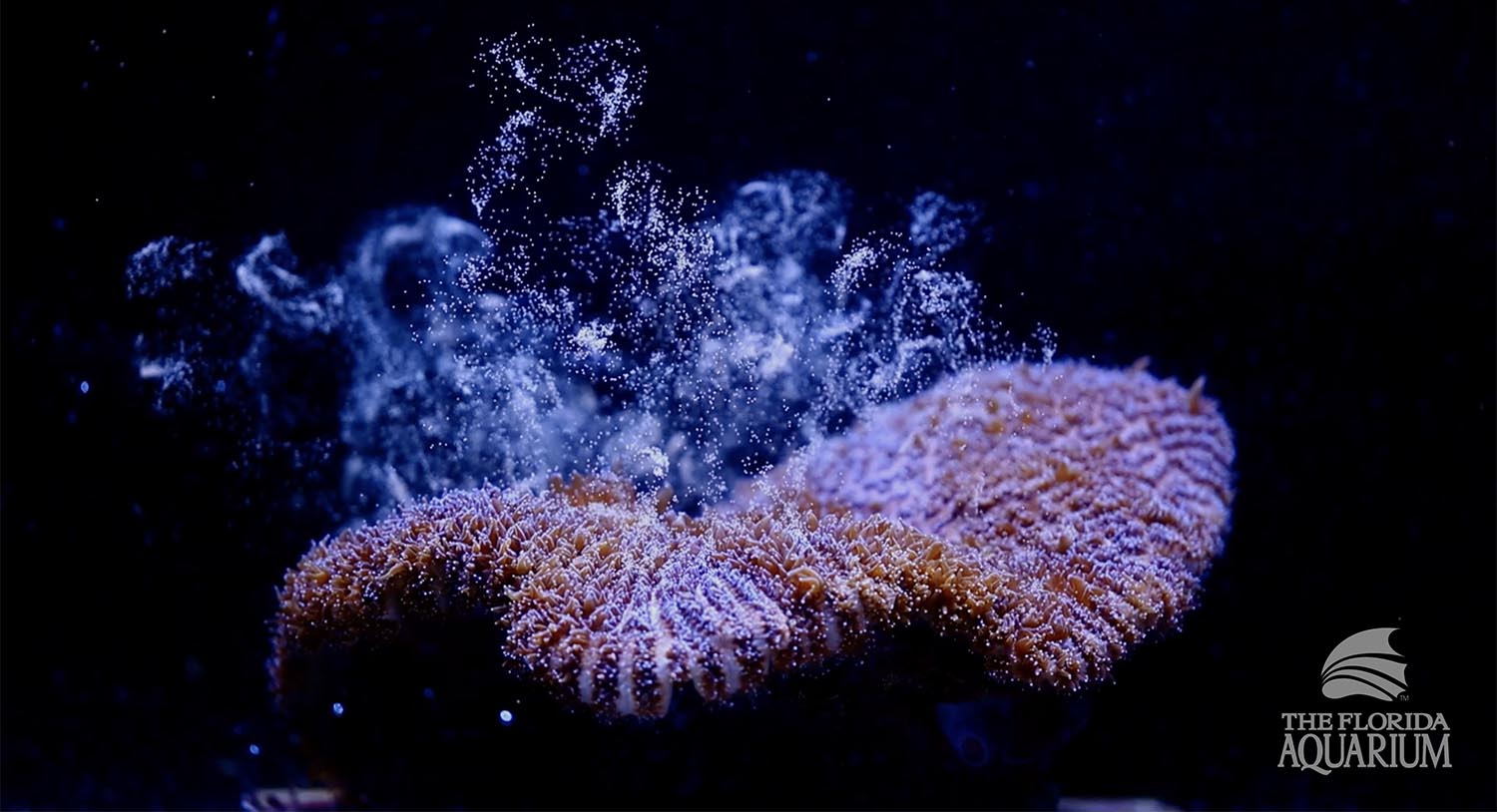 Pillar Coral, Dendrogyra cylindrus, spawning in captivity for the first time. This species is listed as threatened under the Endangered Species Act. Image credit: The Florida Aquarium

New hope for a disappearing Florida and Caribbean Reef Icon

via The Florida Aquarium

Apollo Beach, FL – For the first time ever, threatened Atlantic Pillar Coral has spawned through lab-induced techniques. The scientific breakthrough occurred this week in a research laboratory at The Florida Aquarium’s Center for Conservation in Apollo Beach as part of Project Coral. Scientists believe the historic breakthrough could ultimately help save corals in the Florida Reef Tract from extinction.

This conservation effort uses innovative technology to enable coral sexual reproduction to occur entirely outside of the ocean. This is a world-first coral reef restoration and research advancement in which Atlantic coral, living for several years at the Center as part of a genetic archive, has been reproduced through induced spawning, setting a new stage for saving coral reefs in Florida and the Caribbean. 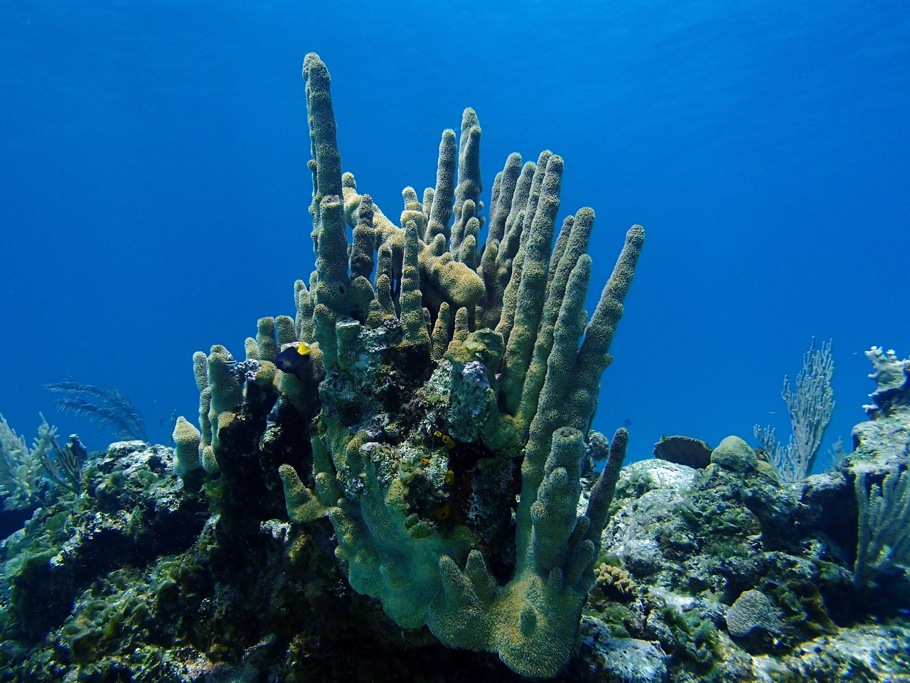 “And, while many coral experts didn’t believe it could be done, we took that challenge to heart and dedicated our resources and expertise to achieve this monumental outcome. We remain fiercely committed to saving North America’s only barrier reef and will now work even harder to protect and restore our Blue Planet.”

The Florida Aquarium and the Horniman Museum and Gardens, based in London, joined forces in late 2017 to save coral reefs by predictably inducing corals to spawn in the laboratory–a major technique to aid coral restoration that has only been accomplished with Pacific coral species. The partnership with The Florida Aquarium took the research protocols developed in the Horniman’s lab and applied them in The Florida Aquarium’s state-of-the-art coral conservation facilities.

The Florida Aquarium coral conservation team spent months mimicking the natural environment of corals using advanced technology to reproduce the timing of sunrises, sunsets, moonrises, and moonsets to trigger the animals to spawn.

“The massive and fully synchronized spawning at The Florida Aquarium’s Center for Conservation, which occurred exactly at the predicted wild spawning time, indicated perfect aquatic conditions for pillar corals in our Project Coral system,” said Senior Coral Scientist Keri O’Neil. “When you have great husbandry, great water quality, and all of the right environmental cues, this is what you can do: you can change the game for coral restoration.” 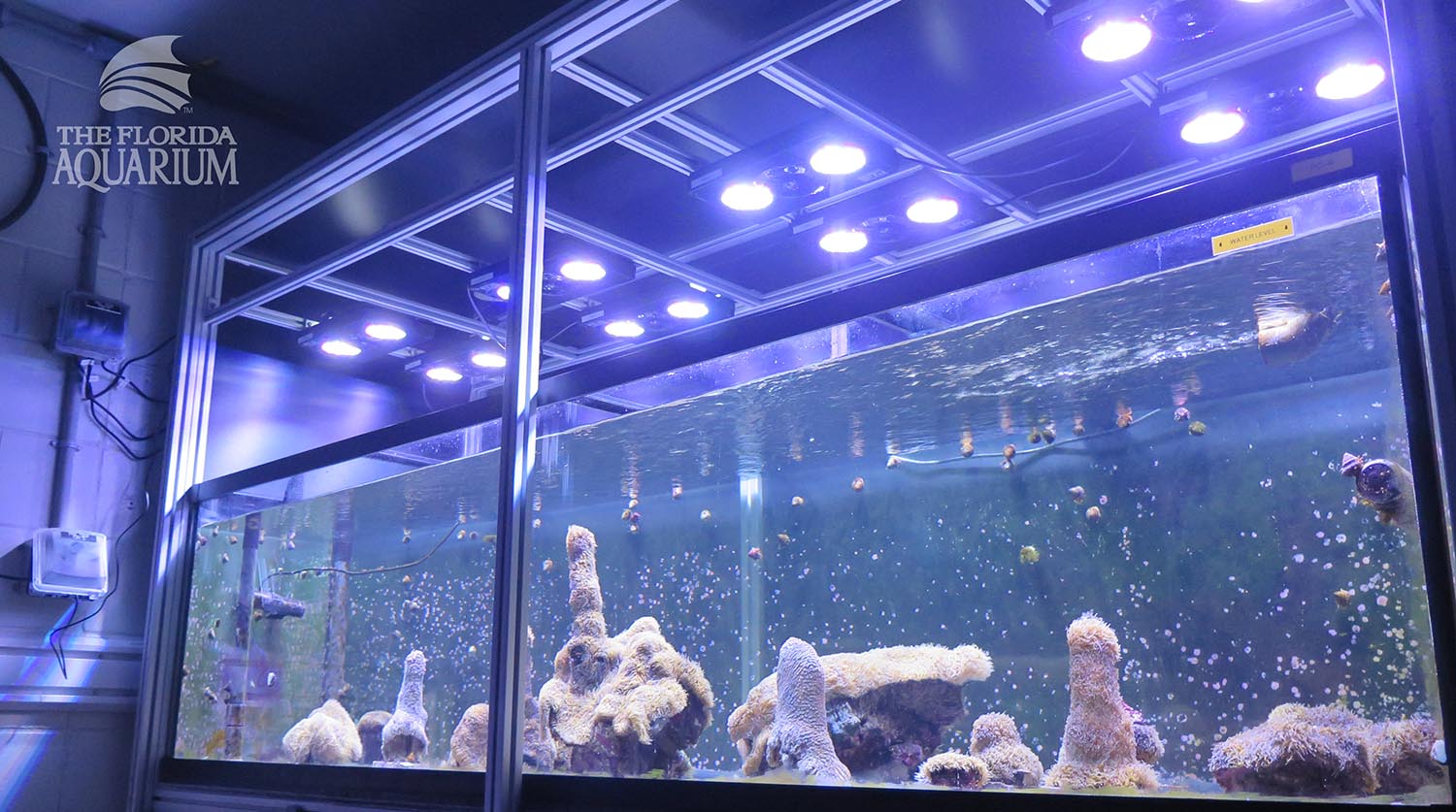 Now, The Florida Aquarium is providing even more expertise to enhance this project with plans to repopulate coral reefs along the Florida Reef Tract.

“We couldn’t have done this important work without our amazing partners, especially Horniman Museum and Gardens, Florida Fish and Wildlife Conservation Commission, Florida Keys National Marine Sanctuary, Nova Southeastern University, and the National Oceanic and Atmospheric Administration. Working together, the future of the Florida Reef Tract just got a lot brighter,” added Germann.

This project is a “head start” program for coral – the Aquarium will raise the juvenile corals long enough to give them a better chance of survival than they would have had as larvae in the ocean. This effort brings The Florida Aquarium Center for Conservation scientists a huge step closer to helping restore Florida’s reefs.

This breakthrough is just one of The Florida Aquarium’s coral projects currently underway. Aquarium researchers are working on different approaches to save multiple endangered species of coral that are imperative to the restoration and overall health of the Florida Reef Tract.

Additional reading and video is at CNN’s story, A scientific breakthrough at the Florida Aquarium could save America’s ‘Great Barrier Reef’.