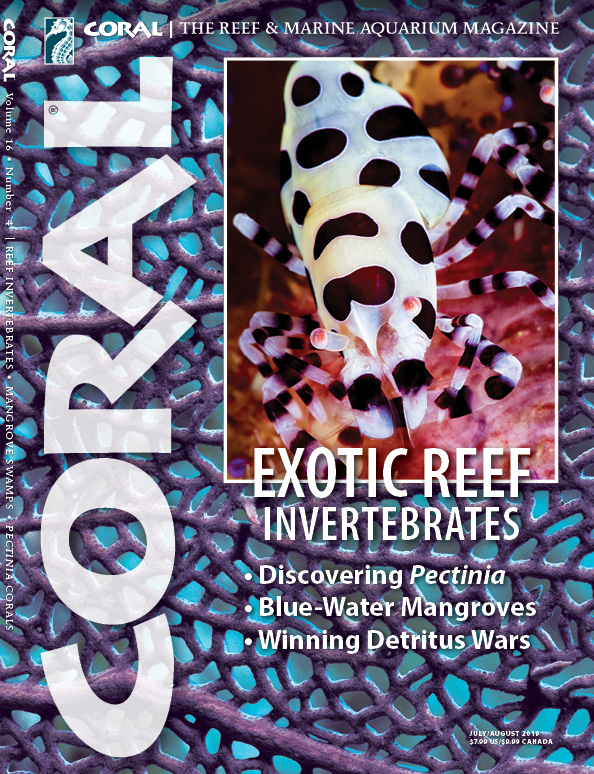 Go to the Digital Edition—Now Live for Immediate Reading

The July/August 2019 Issue of CORAL is printed and on its way to subscribers, local aquarium shops, and select bookstores—on sale July 9th, 2019, at the best marine aquarium retail stores everywhere.

Readers of the Digital Edition can have immediate access—just log in here: CORAL DIGITAL EDITION 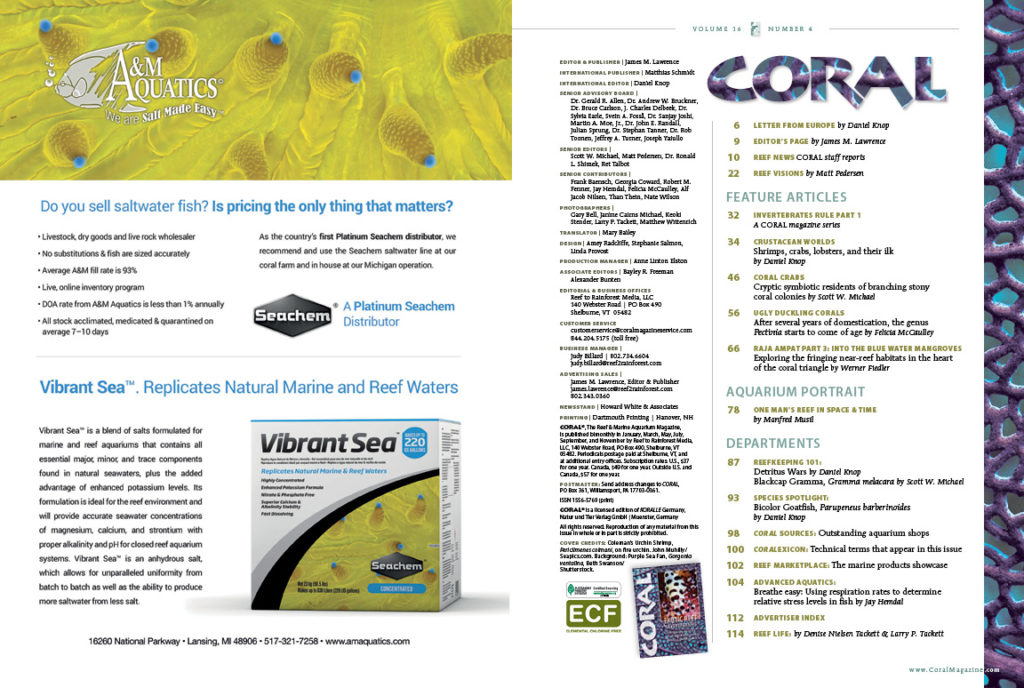 The Table of Contents for the July/August 2019 issue of CORAL Magazine. You can view this TOC online. 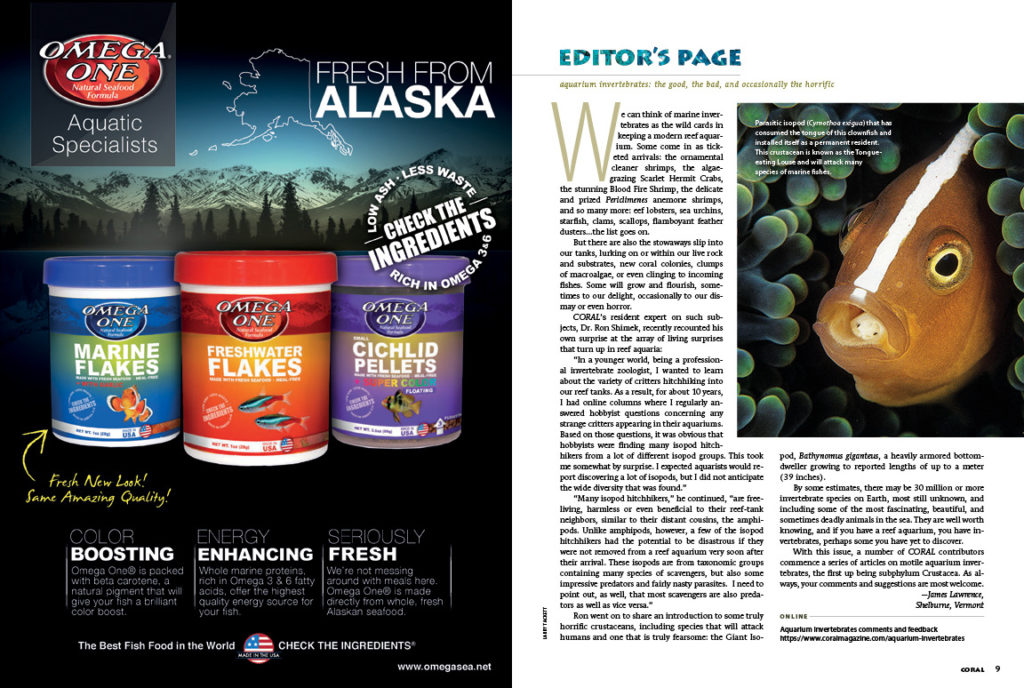 “We can think of marine invertebrates as the wild cards in keeping a modern reef aquarium…” writes James Lawrence, CORAL Editor & Publisher. 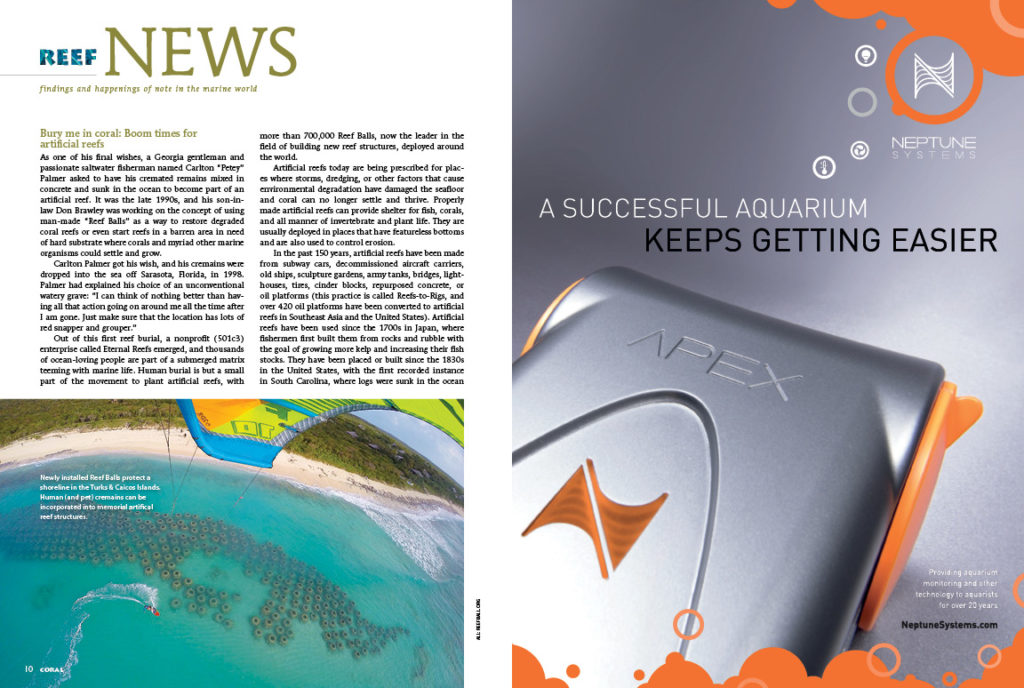 “As one of his final wishes, a Georgia gentleman and passionate saltwater fisherman named Carlton ‘Petey’ Palmer asked to have his cremated remains mixed in concrete and sunk in the ocean to become part of an artificial reef.” In this issue’s REEF NEWS: “Boom times for artificial reefs (Reef Balls),” “Wrasse & mirrors: Is a fish self-aware?” and “Microplastics: The invisible plague in aquatic food webs.” 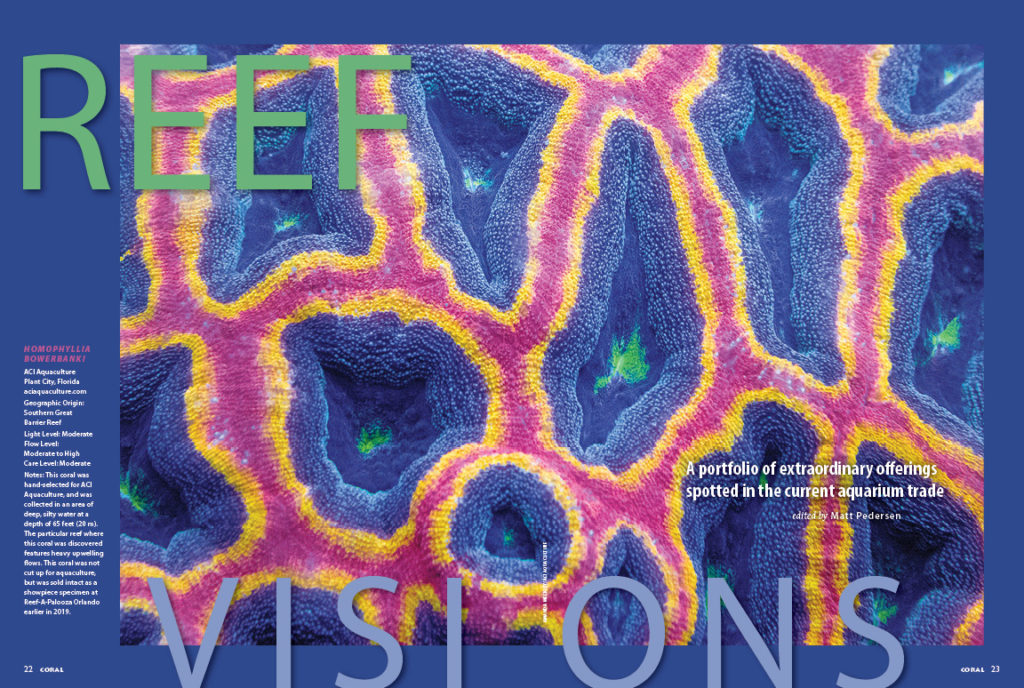 REEF VISIONS returns with a visual feast of oddities and rarities sure to delight coral enthusiasts and rare fish connoisseurs alike! 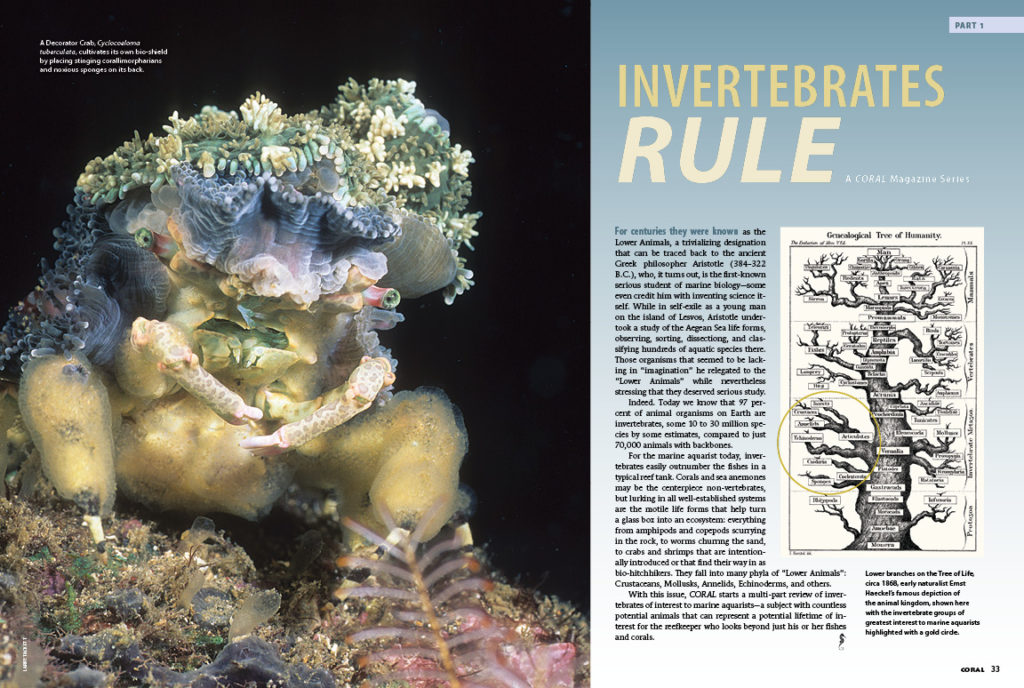 With this issue, CORAL starts a multi-part series on motile invertebrates of interest to marine aquarists—a subject with countless potential animals that can represent a potential lifetime of interest for the reefkeeper who looks beyond his or her fishes and corals. 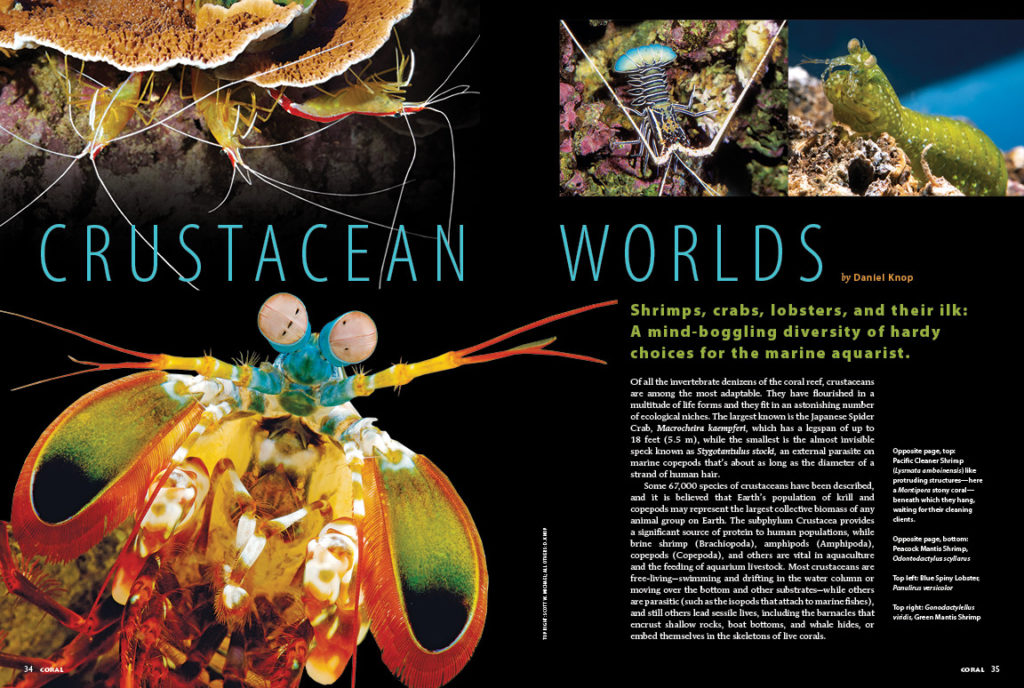 Shrimps, crabs, lobsters, and their ilk: A mind-boggling diversity of hardy choices for the marine aquarist. Step into “Crustacean Worlds” with Daniel Knop. 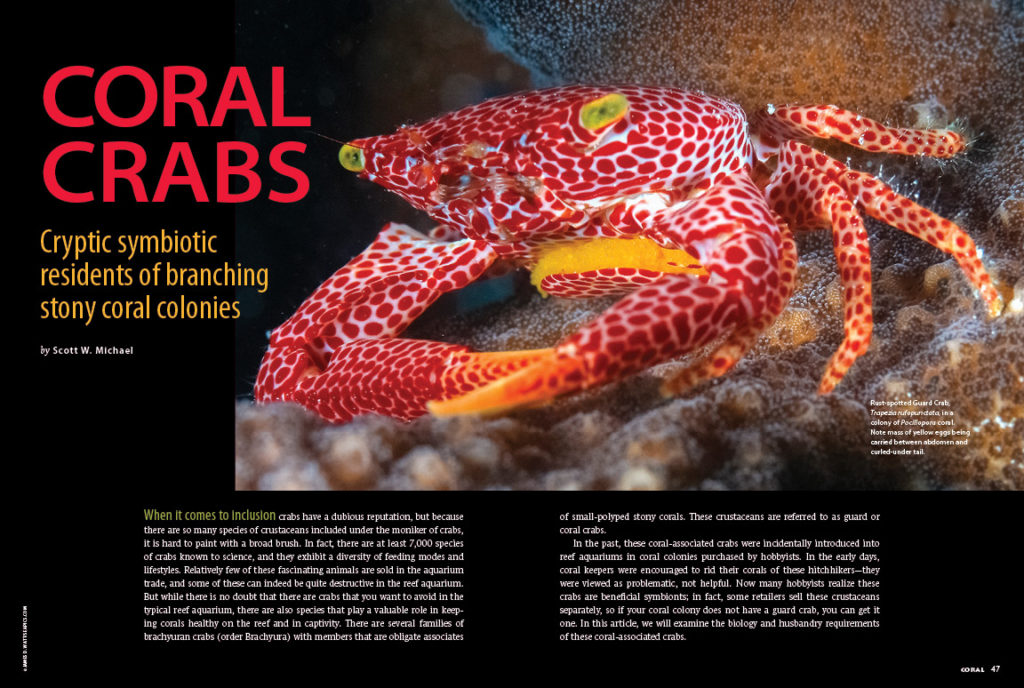 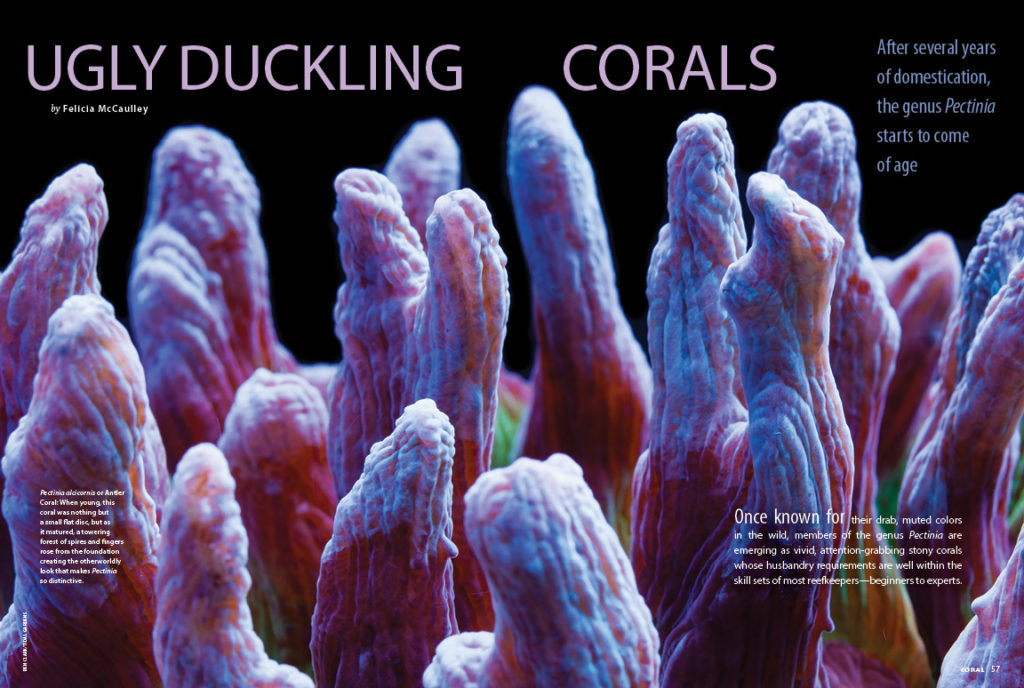 Once known for their drab, muted colors in the wild, members of the genus Pectinia are emerging as vivid, attention-grabbing stony corals whose husbandry requirements are well within the skill sets of most reefkeepers—from beginners to experts. Felicia McCaulley shares the “Ugly Duckling Corals.” 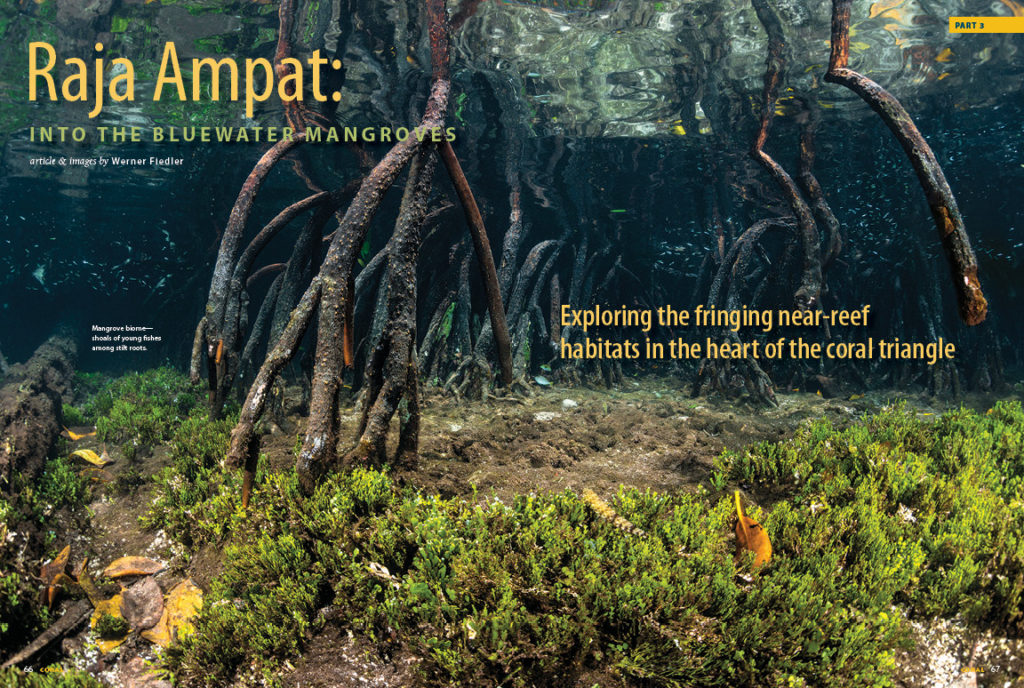 In the final installment of his series about Raja Ampat, Werner Fiedler brings us to a lush coastal habitat. Journey to the mangrove biome, or mangal, in “Raja Ampat Part 3: Into the Blue Water Mangroves.” 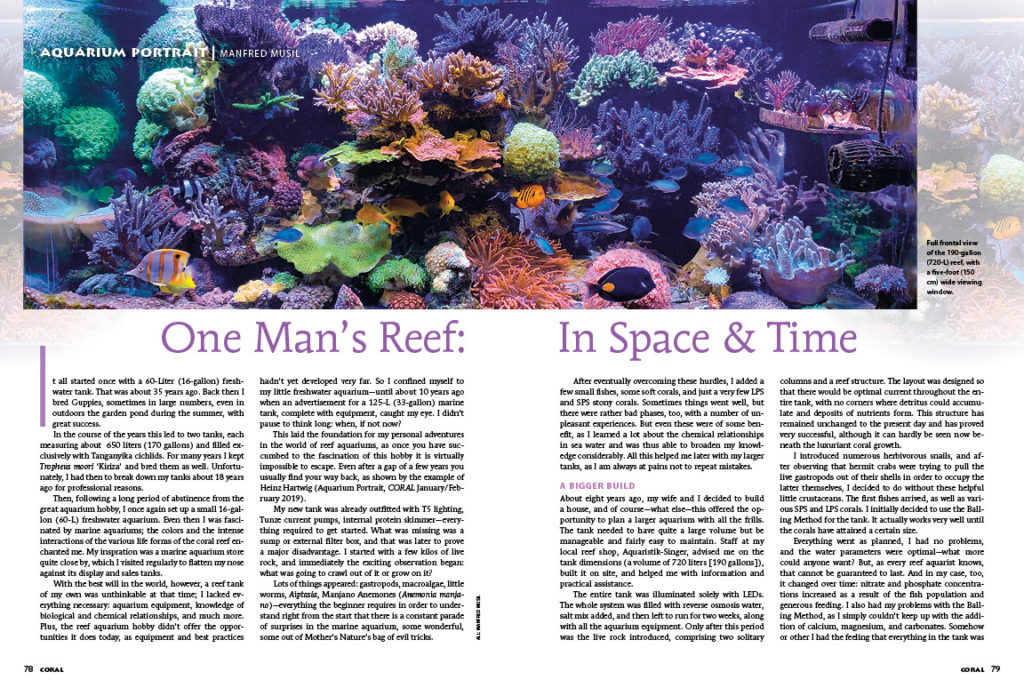 “It all started once with a 60-Liter (16-gallon) freshwater tank. That was about 35 years ago.” – Manfred Musil, describing the innocent start of his aquarium hobby, the focus of our AQUARIUM PORTRAIT, which features his stunning 310-gallon reef aquarium. 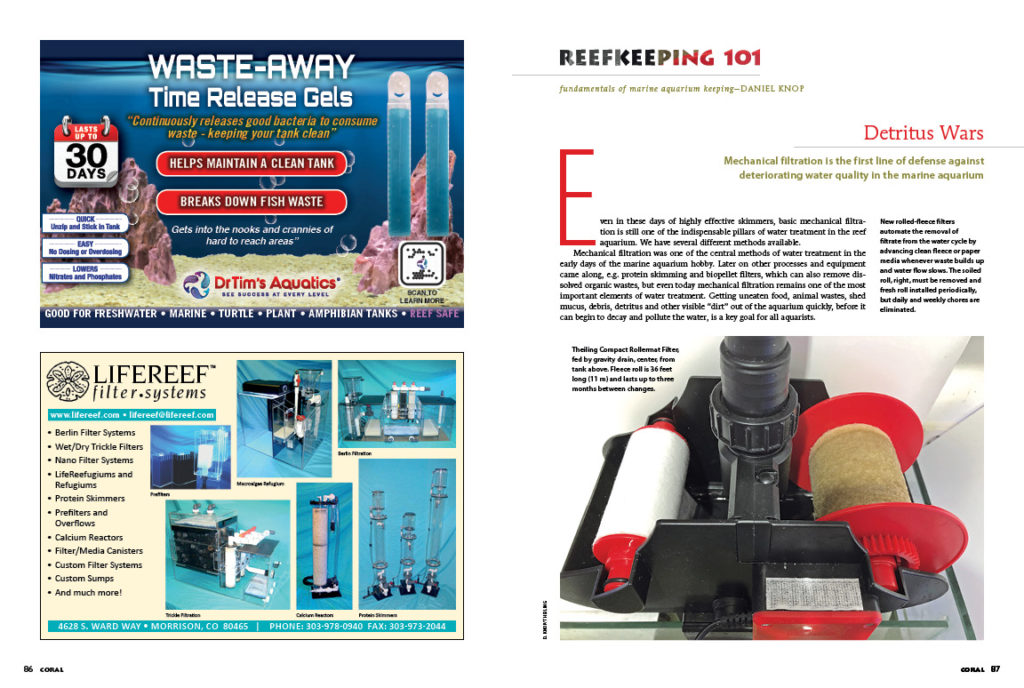 Mechanical filtration is the first line of defense against deteriorating water quality in the marine aquarium. Daniel Knop discusses all your options, including the new roller-mat filters, in REEFKEEPING 101. 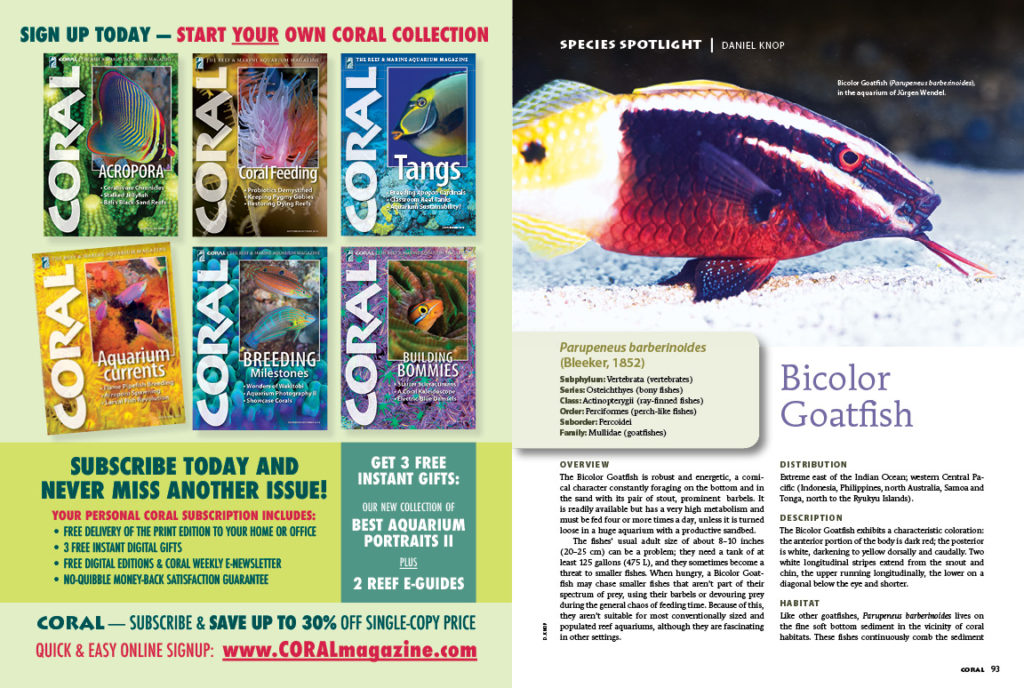 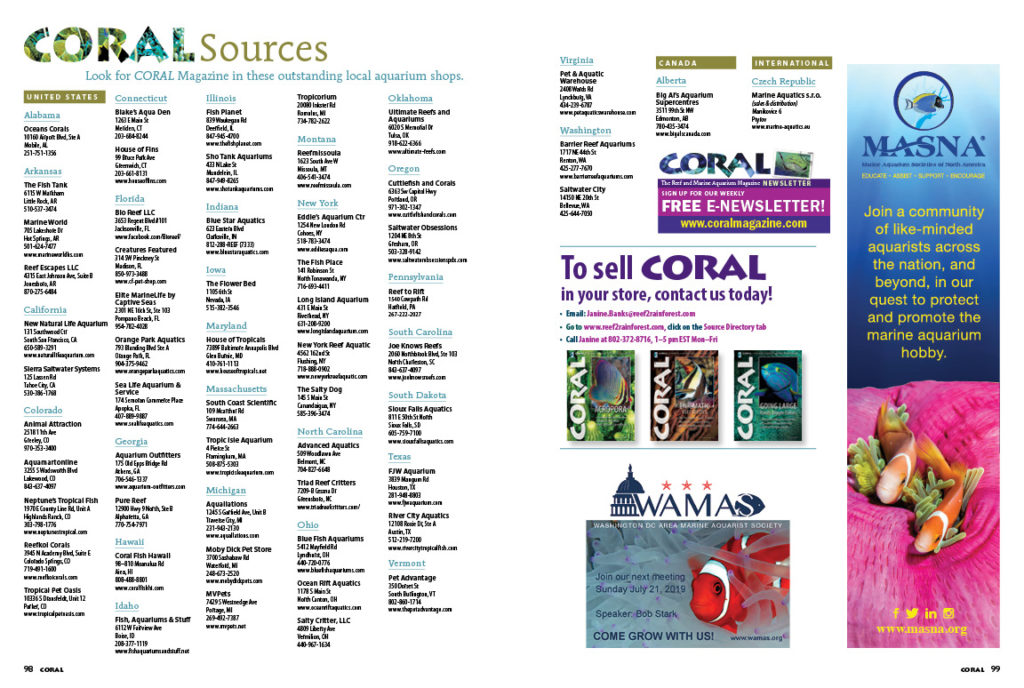 Look to the finest aquarium retailers as your source for current and hard-to-find back issues of CORAL Magazine! 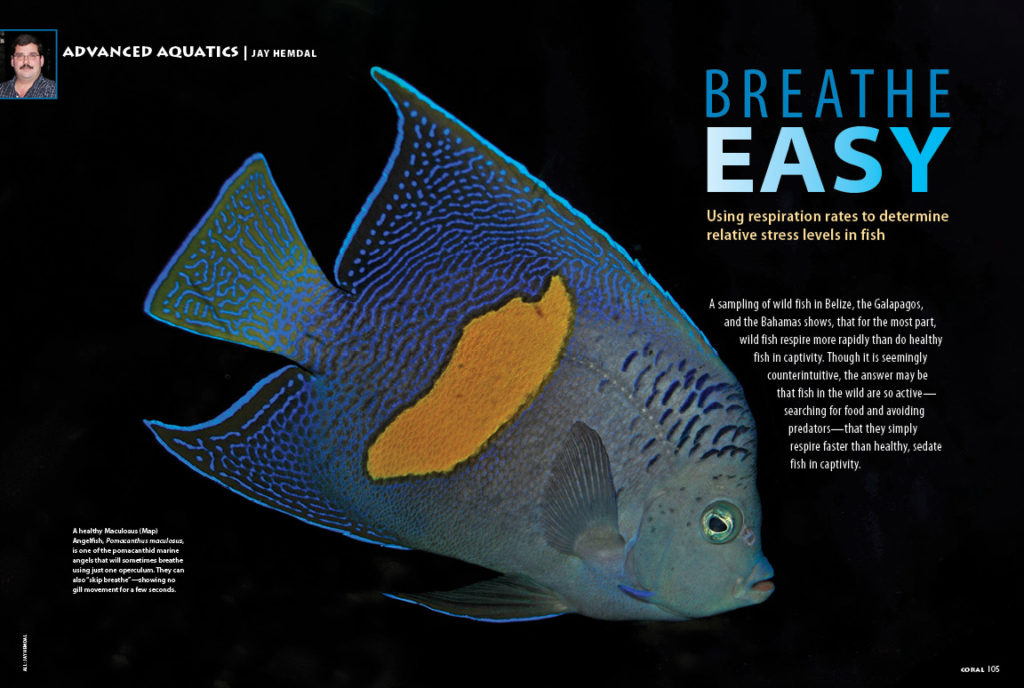 What does it mean to say a fish is “breathing rapidly,” often one of the first indicators that something has gone awry? Author and veteran public aquarist Jay Hemdal eliminates the guesswork in our ADVANCED AQUATICS feature, “Breathe Easy.”