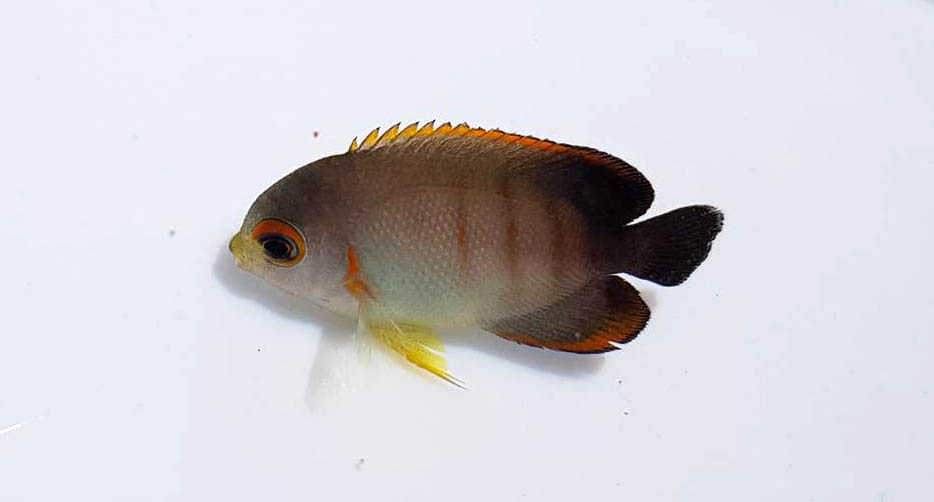 Call it Eibl’s Angelfish, the Red Stripe Angelfish, or the Blacktail Angelfish (or even call it half of the recipe for a Tigerpyge), but whatever common name you chose, Centropyge eibli is a charming dwarf angelfish that somehow escaped the focus of the world’s marine angelfish breeding experts–until now. Bali Aquarich, in a flurry of breeding firsts in the first half of 2019, has captured another species-first, showing off their captive-bred C. eibli. 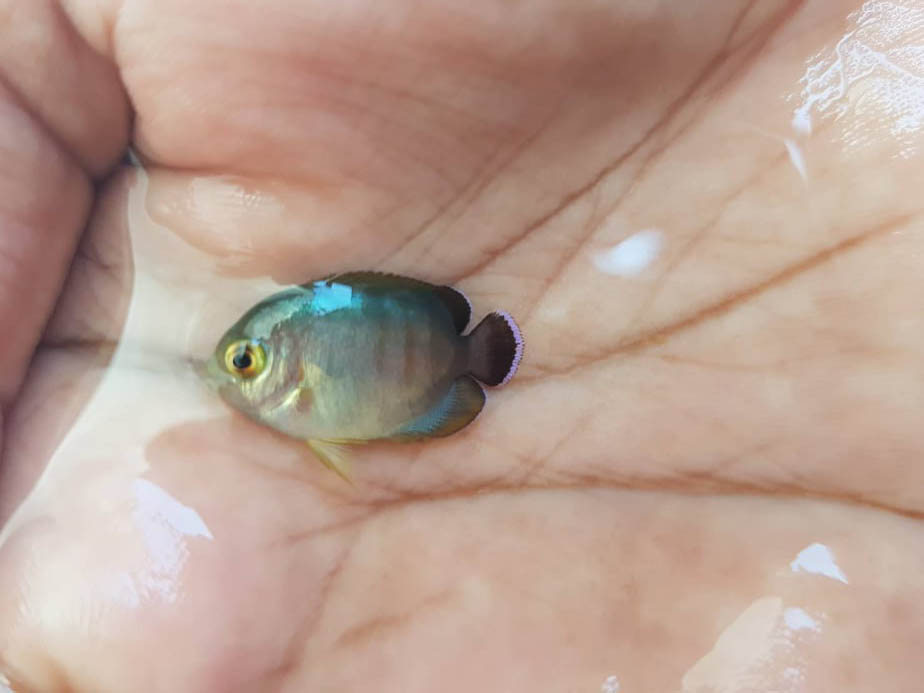 This accomplishment was, admittedly, overlooked by CORAL editors for a little while, and Bali Aquarich hadn’t heavily promoted the news. Wen-Ping Su, Bali Aquarich founder, relayed that his farm had been producing the species for several months. “We sent some to De Jong Marinelife [in the Netherlands] about 3-5 months ago,” said Su in a chat. After further examination, it appears that the first C. eibli were produced by Bali Aquarich in the fall of 2018. 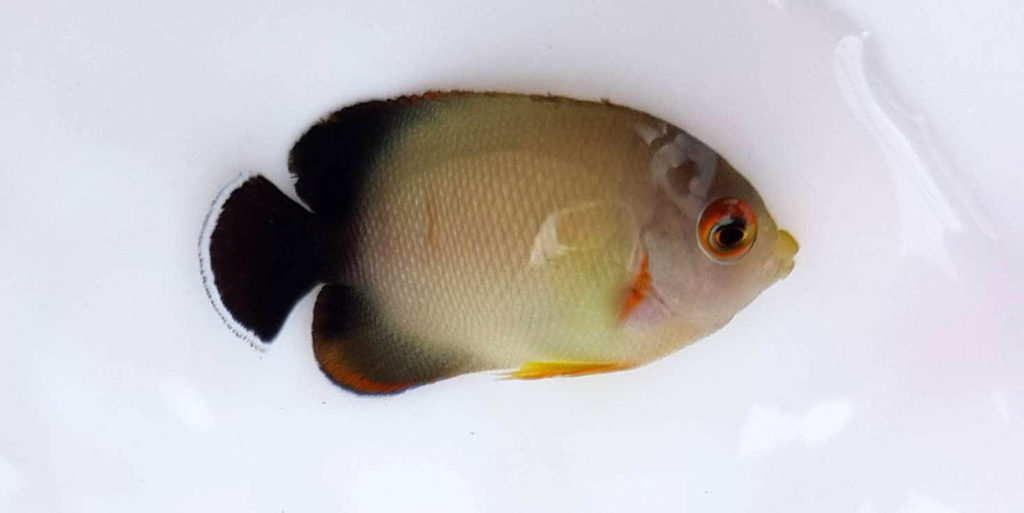 Time to earn its stripes: a juvenile Eibli Angelfish is just starting to show the hallmark orange vertical stripes of an adult.

Su has noted that C. eibli is not a species currently targeted for large-scale commercial production. Instead, the captive-breeding project represented a research and development opportunity, which is simply an effort to learn how the species would respond to culture methodologies. The astute observer will also note that Bali Aquarich has been actively producing a small but steady stream of the closely related Lemonpeel Angelfish, Centropyge flavissima. 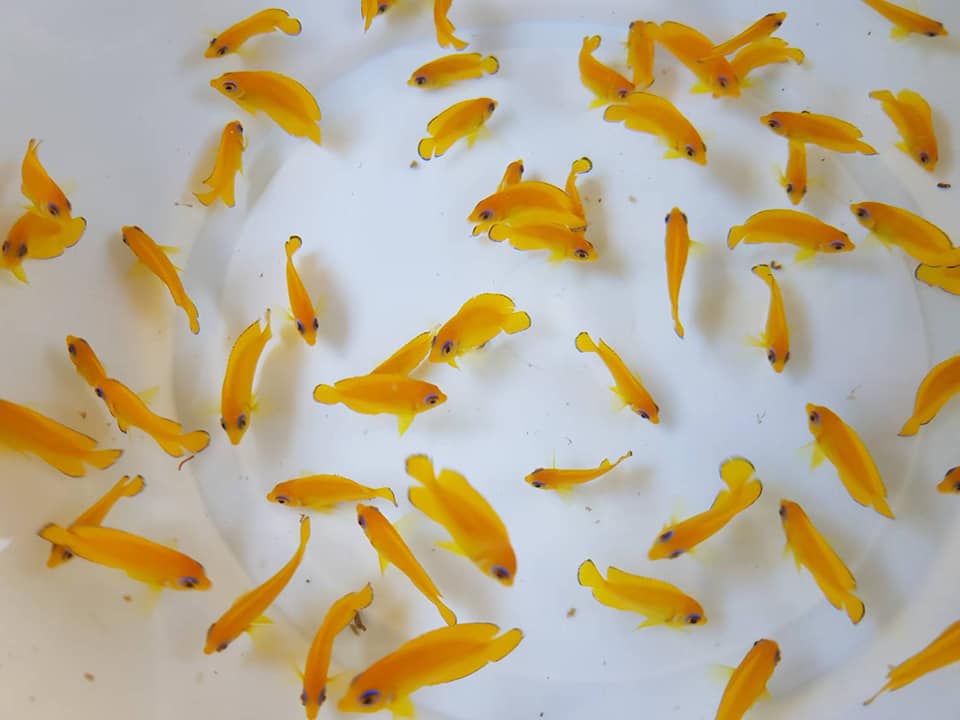 From May 2019, a beautiful group of captive-bred Lemonpeel Angelfish, Centropyge flavissima, produced by Bali Aquarich and headed out into the marine aquarium trade.

Perhaps it’s up to the reader to speculate as to what the talented marine fish breeders in Bali might be up to!