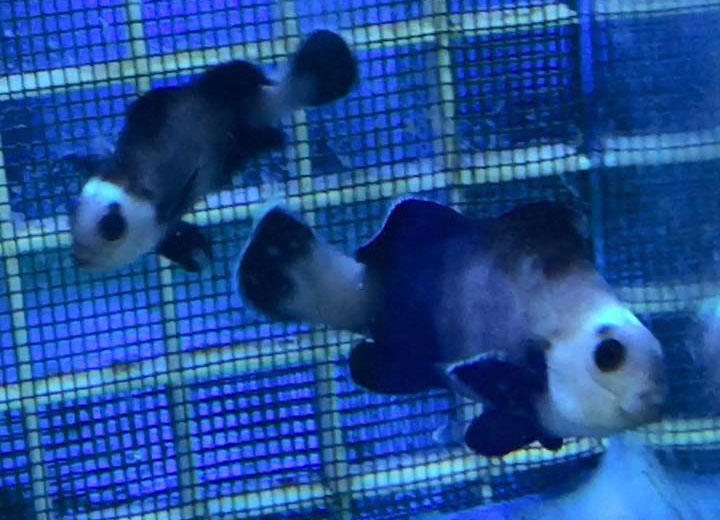 These highly unusual designer clownfish have been recently circulated as “Zombie” Clownfish on the Internet, with virtually no information behind them. Image credit: Evyn Malcomson.

We put it out there: unknown mysterious clownfish with an unusual color pattern, called “Zombies.” For a few weeks, virtually everyone directly involved with these fish failed to respond to direct inquiries.

CORAL readers came through once again. Special thanks to clownfish breeder Brian Williams for connecting us with Evyn Malcomson, who shared many more images and examples of these clownfish (he owns some and knows the backstory well). Plus, a critical piece of the puzzle was independently verified by aquarist Joe Rhode, and we’ve now heard from the producer of these clownfishes!

First, we know that the pair featured in the Lunar Aquatics video is, in fact, a pair owned (and not for sale) by Tropicorium based in Romulus, Michigan. Fresh documentation was sent in just last week by Rhode, who stopped in and verified that they are still on display. He reported back that Tropicorium has been trying to breed them, but hasn’t had luck. They are in the Black Ocellaris group, which routinely take 3-4 years to spawn (unlike their regular Orange counterparts), which means they could still just be getting ready! 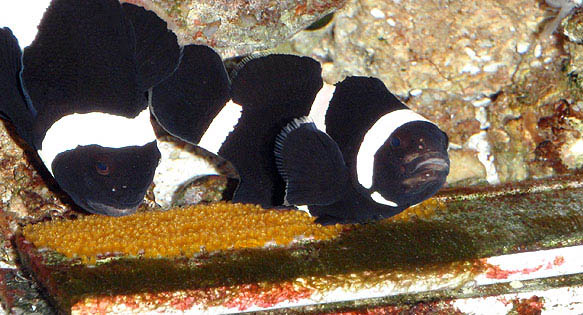 A reminder: this is what the normal, wild form of the Darwin Black Ocellaris looks like, including 3 well-defined body stripes. Image credit: Matt Pedersen.

We’ve been able to trace these “Zombie Clowns” back to a former clownfish breeder who is well known in the Michigan reefkeeping community as “Boon.” The husband and wife team of Boonserm and Noppawan Sajjakulnukit, who are based in Rochester, MI, are responsible for producing these unusual clownfish. It took trying a couple of email addresses, but we found one that worked, and Noppawan responded.

What had initially come in as second-hand information is now confirmed by Noppawan; they produced these new, aberrant clownfish in 2014.

The parents of the mystery clownfish were a pair of normal Black Domino Clownfish they had purchased in 2012 from IL-based clownfish breeder Mitch May of Booyah’s Reef. Domino Clownfish are generally regarded as pure black Ocellaris carrying a Naked gene, which reduces or eliminates stripe formation. The expression of the Naked gene varies in the amount it is expressed, creating a range of fish from the heavily misbarred to the completely stripeless (the latter are known in the trade as Midnight Ocellaris).

This broodstock information rules out any rumors that the mystery fish were the progeny of a hybrid pairing.

Video of the Parents

Noppawan shared some details about these interesting clownfish: “They hatched with the same midnight body color (not black right away, some had full stripes, some had just dots with no stripes, some missed bars, and 8-10% had no dots or bars at all). In a week or two, the midnight ones would have the grayish body color, while the rest had a brownish body color. There was only one dot (on the top of the head) that had a grayish color. None of the babies from this parent pair ever turned pure black; they all had a grayish color.”

Video of the Offspring

Noppawan’s observations are clearly supported by the above video, and the number off offspring showing the “Moonlight” trait could be significant.

Noppawan recognized her fish in our prior article and CORAL Magazine newsletter, but the name caught her by surprise–she wouldn’t have named them Zombie! As is generally accepted practice, the originator gets to name the discovery, so these unusual clownfish will be dubbed “Moonlight” Ocellaris. 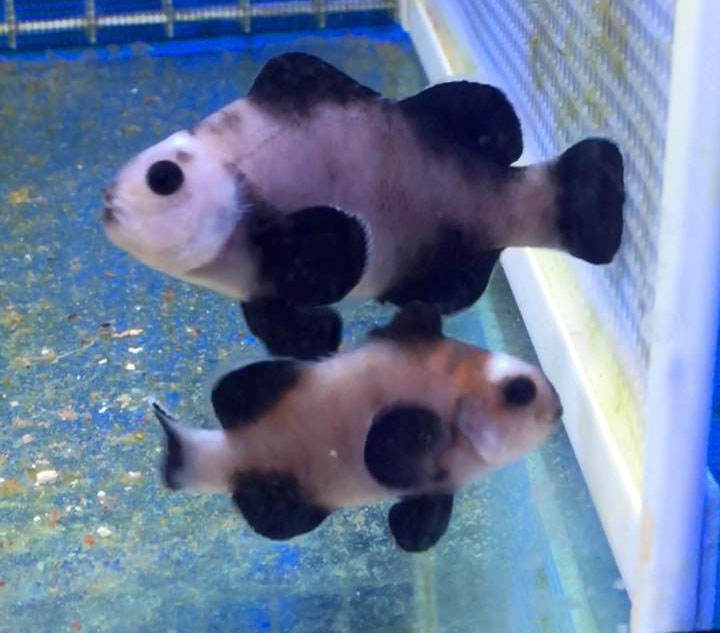 Moonlight Ocellaris, produced by “Boonfish” in Michigan. Whether the trait can be recreated or refined in subsequent breeding remains unanswered at this time.

Noppawan is hesitant to proclaim these as a new strain or variety. “I don’t think this is a new breed of clown,” she wrote, but she is open to the possibility. “In my opinion, the lighting system could have been part of the grayish body color. Or maybe the broodstock pair had some hidden internal gene.”

Indeed, if the number of “Moonlights” in a batch is hovering around 25%, that would be a strong indicator of a recessive gene being present in both parents, which itself is more likely given that the parents are from the same source, and thus possibly siblings themselves. Linebreeding, a form of inbreeding, is tolerated among fishes for a few generations and tends to help uncover hidden genes and new traits. Such breeding can be detrimental over many generations.

While Noppawan remains skeptical, the fact is that these Moonlight Clownfish have retained their unusual coloration for multiple years, which lends some support for this being a genetically-driven trait, as opposed to something caused by interactions with the environment.

Anyone lucky enough to have a pair of these Moonlight Clownfish might be able to put the “hidden” gene theory to the test: if the trait shows up in subsequent generations, it’s pretty safe to presume a genetic component and solidify the validity of the phenotype as a viable strain. 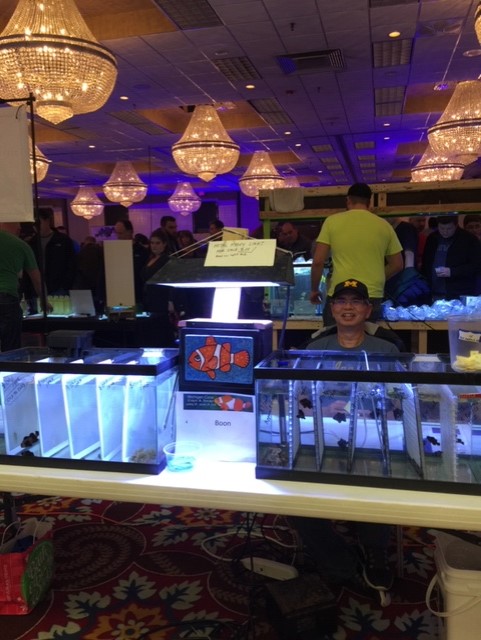 Noppawan and her husband “Boon” Sajjakulnukit have since left the hobby of breeding clownfish, and they no longer own the pair that produced these unusual clownfish. Whether we’ll see more Moonlight Clownfish in the future now rests in the hands of the clownfish enthusiasts who have them.