Fall in Love with Corazon’s Damselfish 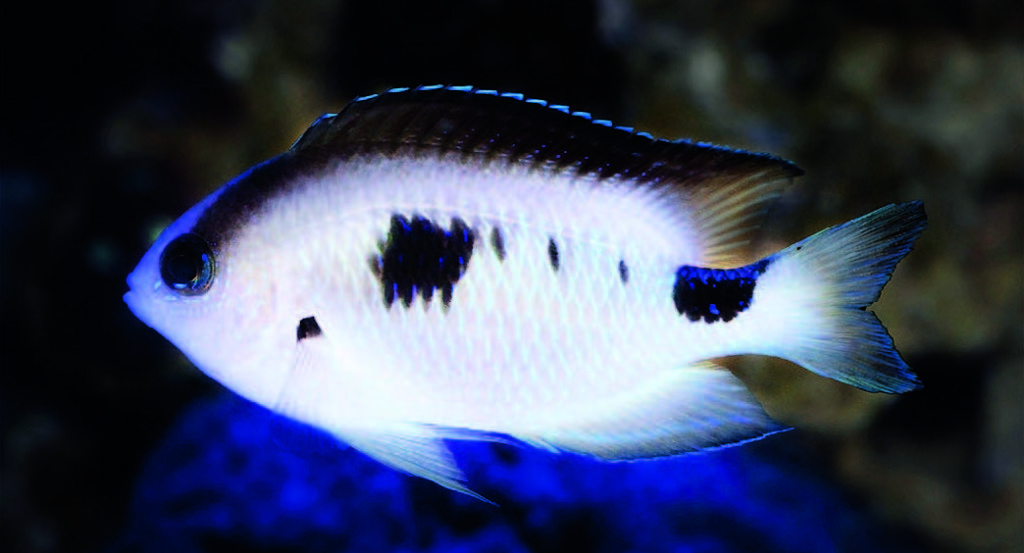 Corazon’s Damselfish, Pomacentrus vatosoa, was discovered in 2018 and formally described this week in the journal Copeia. Image credit: Yi-Kai Tea.

It hasn’t even been a year since the first images surfaced of a remarkable new damselfish species discovered by aquarium fish collectors working in Madagascar. While specimens of this new fish have been entering the aquarium trade alongside other rarities exported by Blue Ocean S.A.R.L. Madagascar and RVS Fishworld Inc., ichthyologists have worked at a brisk pace to lay down a solid foundation for the new species description.

“A New Species of Damselfish (Teleostei: Pomacentridae: Pomacentrus) from Nosy Faho, Madagascar,” has just been published in the journal Copeia by co-authors Benjamin W. Frable and Yi-Kai Tea.

This morning, co-author Yi-Kai Tea announced the publication: “Our new paper out today in Copeia! Meet Pomacentrus vatosoa, Corazon’s Damselfish. This stunning and exciting new species of damselfish hails from Nosy Faho, Madagascar – and surprise! Molecular phylogenetics and morphological examination of dentition, infraorbital bones, and degree of squamation suggest that it’s a species of Pomacentrus, not Chrysiptera as previously thought.

“The species name means ‘beautiful stone’ in Malagasy, after the pearlescent body colouration. We also briefly comment on the current systematic contention within Pomacentrus and the Pomacentridae.” 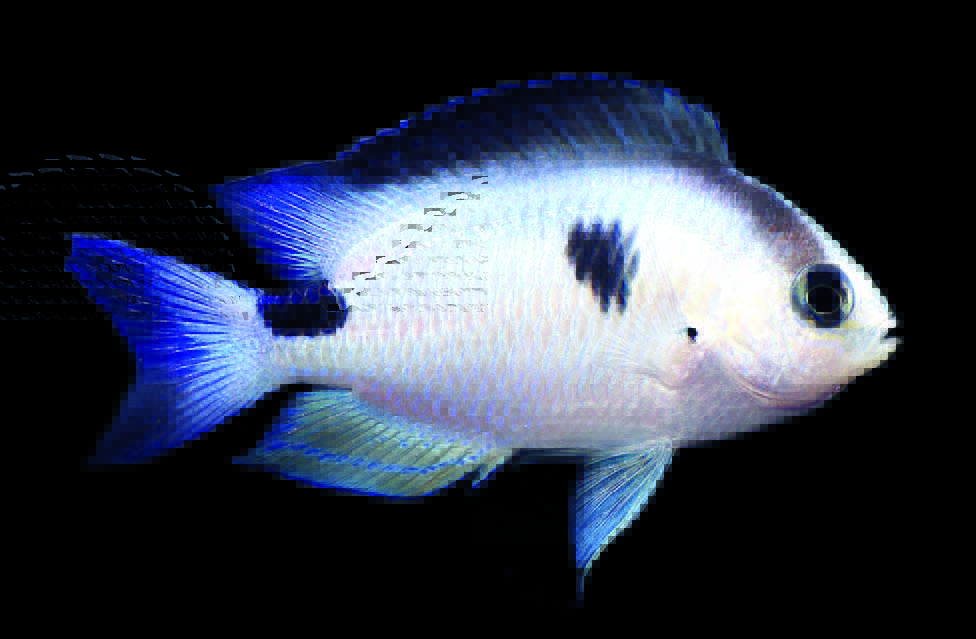 Discovered at Nosy Faho, an island off the east coast of Madagascar, Corazon’s Damsel is currently only known from this locale. Observations suggest that this damselfish is generally found either singly or in pairs at depths of 15-20 meters (roughly 50-65 feet). The specimens used for the species description were all approximately 5 cm (2 in) in size, and retailer LiveAquaria, one of the fish sources for this species, suggests a maximum size of roughly 9 cm (3.5 in). An omnivorous diet is recommended.

Kevin Kohen, Director at LiveAquaria, who worked with several specimens in the past few months, shared his care insights: “As for husbandry of this damsel, they can be bold once settled into the home aquarium, so, ideally, add them towards the end of the stocking plan to established displays with similar-sized and larger tankmates. From the aggression side, I would consider them very similar to Chrysiptera starcki from a demeanor perspective.” (C. starcki are considered less aggressive than many other damsels, but conspecifics may fight, especially in a smaller aquarium.)

Given their current scarcity and the long distances they must travel, you can expect Corazon’s Damselfish to retail in the price range of $200-$250 USD, making it a “collector’s” damselfish, to be sure.