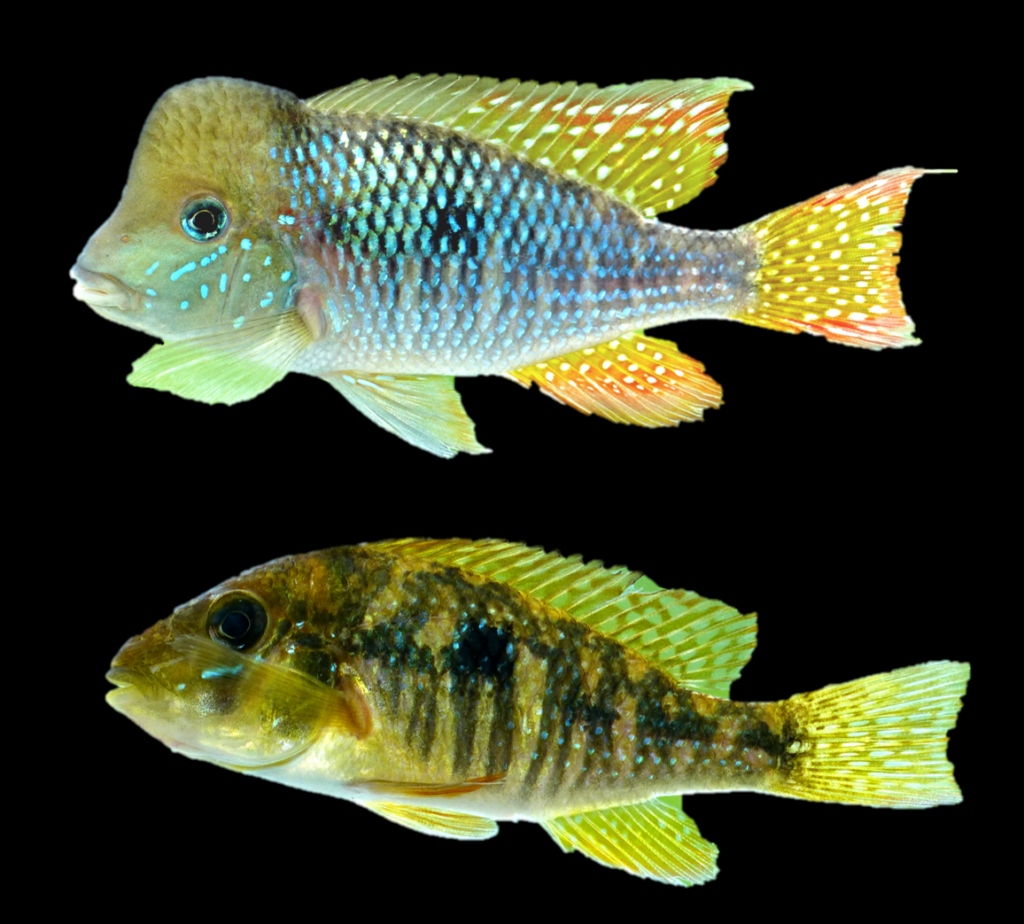 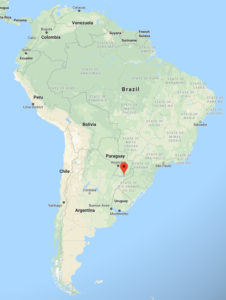 The location within Argentina where this species was collected. Photo from Google Earth.

Great news! Another beautiful eartheater has been described!

Gymnogeophagus jaryi is from Southern tributaries of the Middle Paraná basin in Misiones, Argentina (see map). This new species is the sister species of G. caaguazuensis from the Paraguay basin and is closely related to G. australis.

For you Geo-Philes, the authors give additional details including the fine differences between G. jaryi and G. caaguazuensis. Specifically, G. jaryi has a longer caudal peduncle, non-lyrate tail fins, and light iridescent blue and by white spots in the soft portion of dorsal fin in adult males.

Other characteristics of this species are outlined in the article by Felipe Alonso and colleagues entitled, Description of a new species of the Neotropical cichlid genus Gymnogeophagus Miranda Ribeiro, 1918 (Teleostei: Cichliformes) from the Middle Paraná basin, Misiones, Argentina. The article is published open source in PLoS ONE.

If you haven’t ventured into keeping cichlids, it is an amazingly diverse group of fishes found across the world – with almost 600 species in the neotropical region alone! Within the genus Gymnogeophagus, there are 18 species across two species groups, the G. gymnogenys group (mouthbrooders) and the G. rhabdotus (substrate brooders). This species is likely very similar in husbandry to other eartheaters – fine substrate, good water quality, and an insectivorous diet.

AMAZONAS Editor and Publisher Mike Tuccinardi suggested that aquarists not get their hearts set on obtaining this new species. “It’s unlikely we’ll see these in the hobby or trade due to their origination in Argentina and Paraguay (there are only limited commercial exports from these countries). The genus Gymnogeophagus has a pretty limited following in the hobby—while colorful, most of them require cooler temperatures for at least part of the year as they are from more temperate regions if the hope is to see any reproductive activity.”