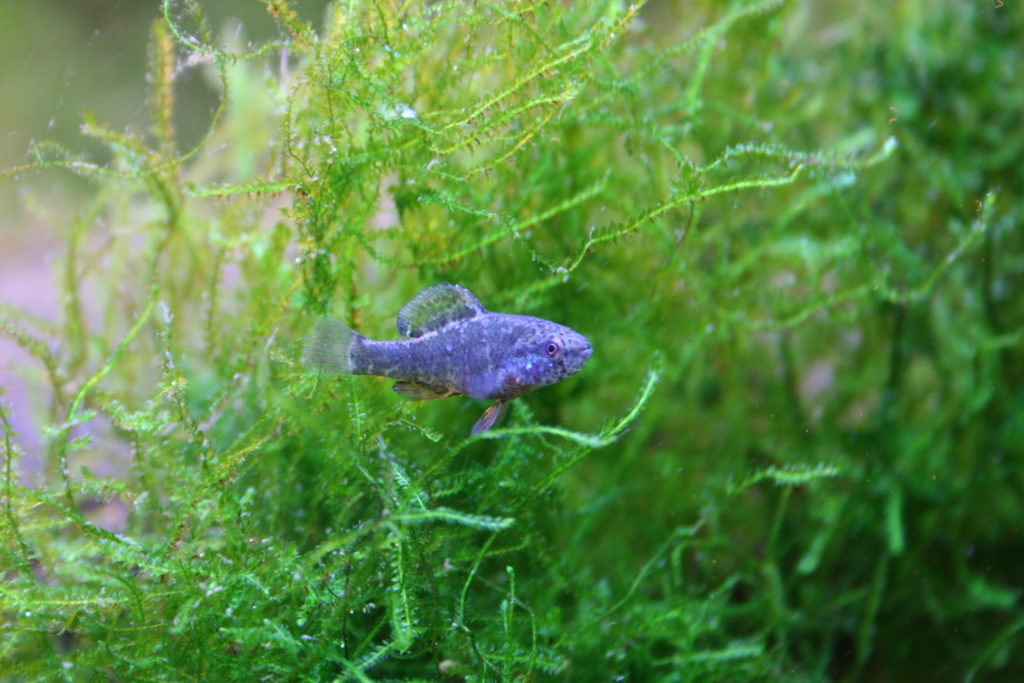 The tiny Spring Pygmy Sunfish, Elassoma alabamae, is endemic restricted to just two small springs in northern Alabama. It is considered to be critically endangered by the IUCN. Image credit: Conservation Fisheries

via the Center for Biological Diversity

May 29, 2019 – HUNTSVILLE, Ala.— Following a lawsuit filed by the Center for Biological Diversity, the U.S. Fish and Wildlife Service announced today that it will protect 1,330 acres and 6.7 stream miles of critical habitat for the federally threatened spring pygmy sunfish under the Endangered Species Act.

“These habitat protections will help guide the sunfish back from the brink of extinction and onto the path to recovery,” said Elise Bennett, a staff attorney at the Center. “After watching these tenacious little fish cling to survival for decades while their springs were polluted and destroyed, it’s a relief to see them finally get the safeguards they need.”

Critical habitat for the sunfish includes parts of Beaverdam Spring and Creek, Pryor Spring and Branch, and Blackwell Swamp and Run. These areas have spring systems with the water quality, vegetation and prey the sunfish needs to survive. While the fish currently occupies the Beaverdam and Blackwell complexes, Pryor Spring and Branch has been designated as a reintroduction site essential to the species’ eventual recovery.

“Healthy springs are important for everyone,” said Bennett. “These protections will help safeguard clean water for people and secure habitat for other animals that also depend on these exceptional springs.”

The new critical habitat protections may also provide incidental protection for species like the endangered slender campeloma snail and an unnamed species of salamander, which also depend on clean springs in northern Alabama.

The spring pygmy sunfish is a tiny fish that rarely grows more than an inch. It lives in the dense aquatic vegetation around springs in the Tennessee River Drainage. Since its discovery in 1937, the sunfish has twice been considered extinct. Industrial agriculture, urban development and impoundments have pushed it out of the springs it historically occupied, polluting the water and altering natural flows.

The Center petitioned to protect the spring pygmy sunfish under the Endangered Species Act in 2009. In 2013 the Fish and Wildlife Service protected it as a threatened species and was required to designate critical habitat at the same time. Today’s critical habitat designation completes those mandatory protections for the species.

Critical habitat includes areas essential to the conservation of an endangered or threatened species. Once designated, critical habitat receives special consideration when activities funded, permitted or carried out by federal agencies might damage it, enabling the agencies to avoid or minimize harm.

About the Center for Biological Diversity

The Center for Biological Diversity is a national, nonprofit conservation organization with more than 1.4 million members and online activists dedicated to the protection of endangered species and wild places.