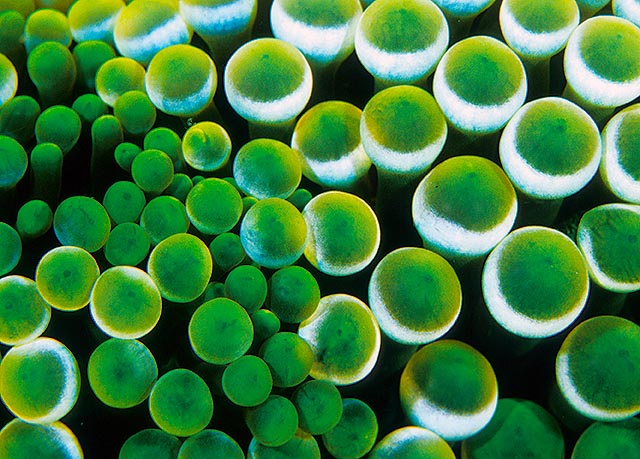 OVERVIEW: Easily the best choice of sea anemones for the aquarist wanting to observe the symbiotic relationship with clownfish. If fed meaty foods regularly, the Bubbletip Anemone should prove hardy and may even reproduce, with daughter clones splitting off the base of the parent. Captive-cultured specimens are most likely to thrive and are highly recommended. Also called Bulb-tip or Bulb-tentacle Anemones. 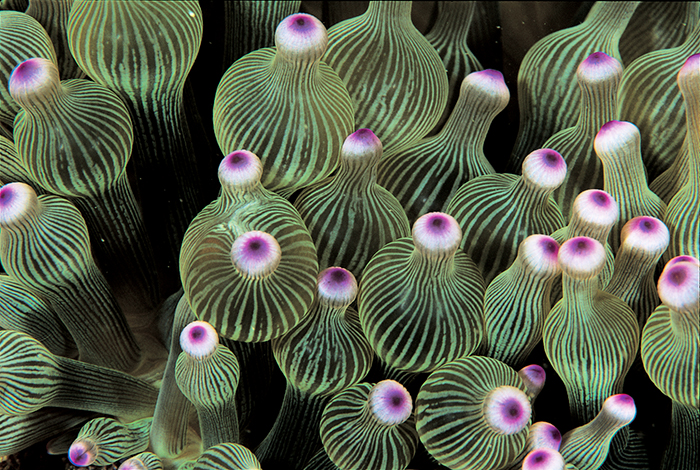 Classic Green Bubbletip Anemone (BTA) with purple tips. This anemone will serve as a host for most clownfish species in the aquarium.

FEEDING: Is partially nourished by its zooxanthellae. Must have regular feedings of meaty foods such as krill, whole or diced shrimp, and marine fish, such as silversides. Some very successful anemone keepers feed daily.

AQUARIUM COMPATIBILITY: May sting nearby corals. May capture and consume aquarium fishes on rare occasions.

SPECIAL CARE: Does best with moderate to strong currents. Needs a rocky substrate where it will bury its attachment disc in a tight niche.

NOTES: Colors vary from brown to bright green. Tentacle tips may be plain or colorful and swell when the animal is thriving. A healthy specimen may split into several (two to five) smaller individuals that may or may not remain together. A prized variant is sold as the Rose Anemone. 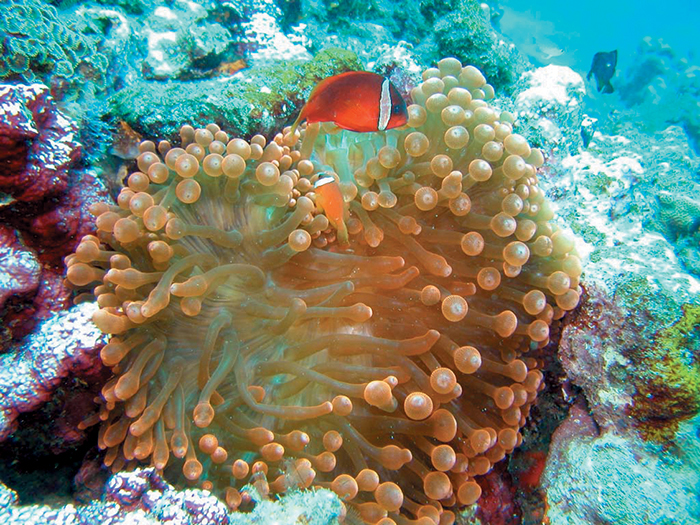 So-called Rose Anemone. Seen in many shades of red and pink, this is considered to be a color variety of the Bubble-tip Anemone. It usually commands premium prices, is less common, and is sometimes sold as a separate species, which it is not believed to be. Image: Robert Fenner. 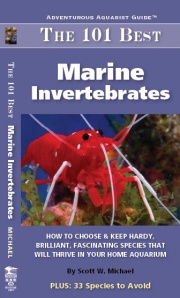