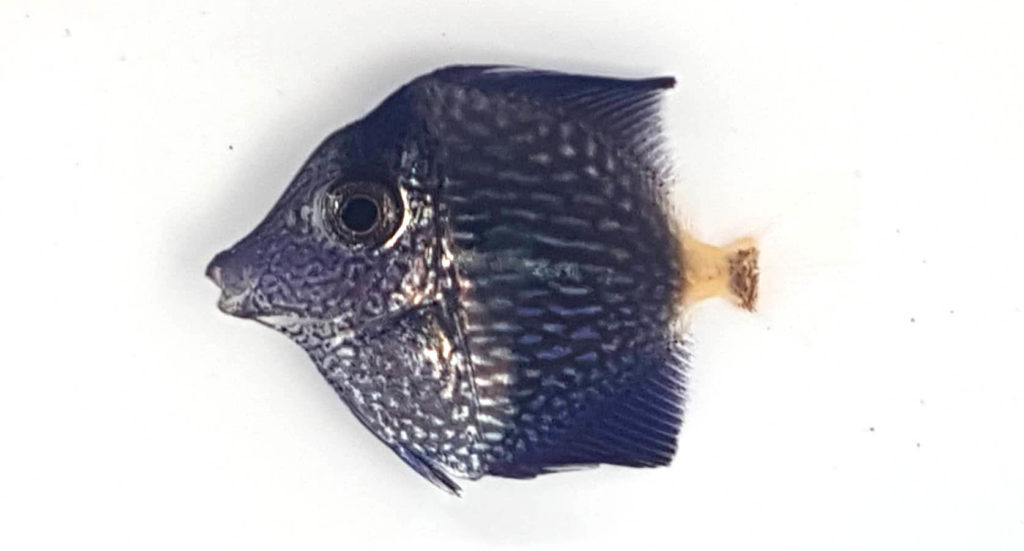 Another species milestone has fallen; Zebrasoma xanthurum, the Red Sea Purple Tang, has been captive bred by Bali Aquarich. 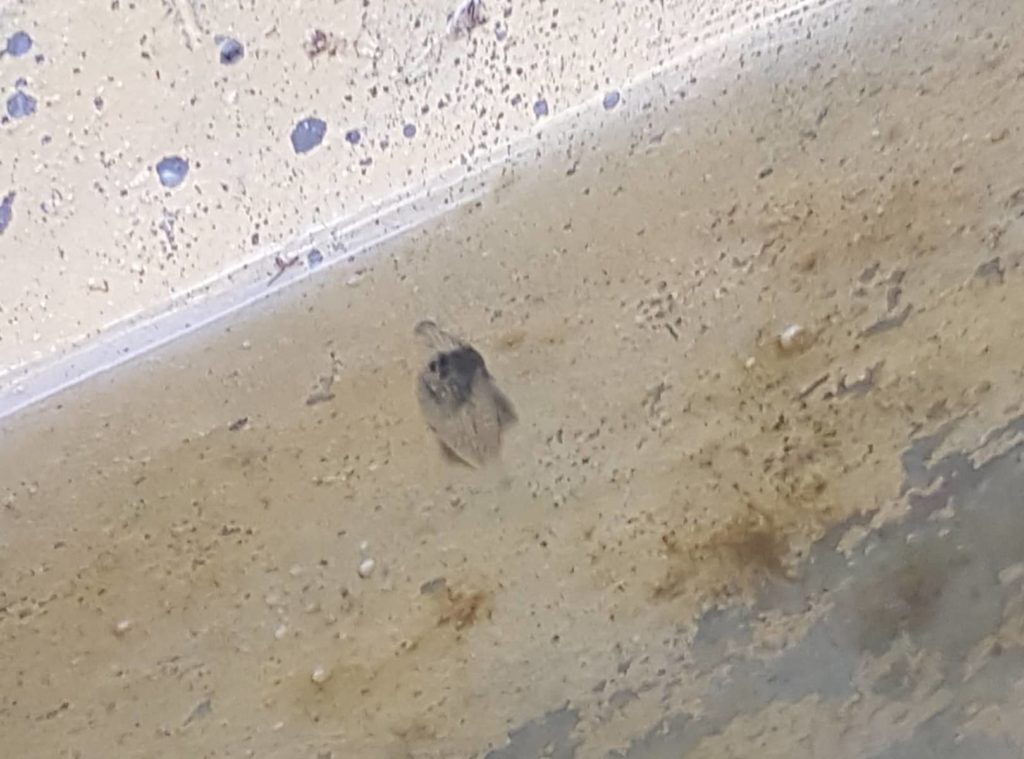 While completely transparent, this fish is unmistakable as a larval surgeonfish/tang. But at the time, Bali Aquarich staff weren’t sure (or weren’t publicly disclosing) which species they were rearing! 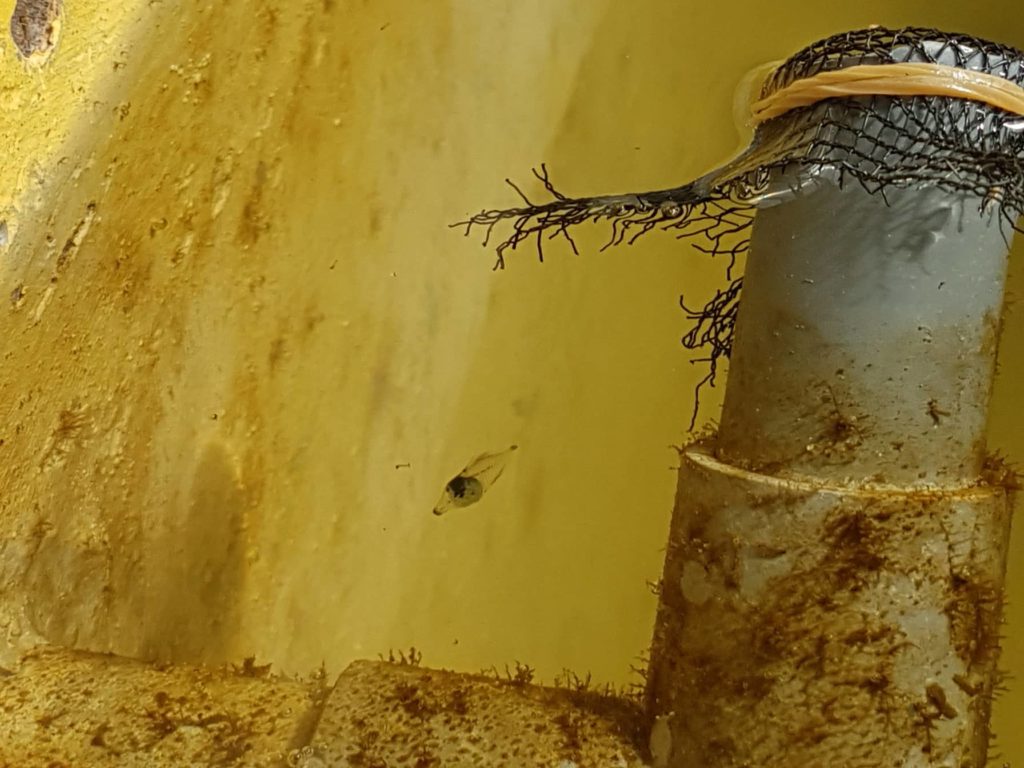 Another look at a larval Purple Tang, nearly final metamorphosis and adoption of juvenile coloration. 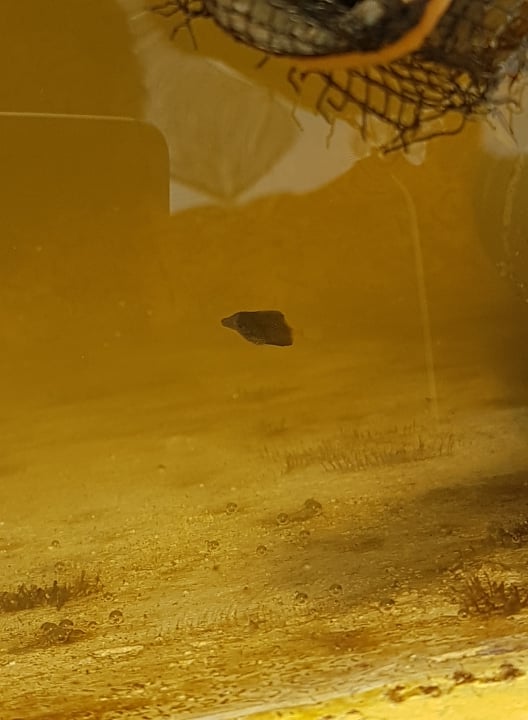 An experienced marine fish breeder might note the color of the water in this photo of a newly-settled and metamorphosed Purple Tang; it’s a clue as to at least one of the phytoplanktons likely involved in this first successful culture of the species.

With the news of this success, Bali Aquarich becomes only the third institution worldwide to have succeeded in producing a captive-bred Acanthurid, behind the Oceanic Institute (OI) at Hawaii Pacific University (Yellow Tang, Zebrasoma flavescens) and University of Florida’s Tropical Aquaculture Laboratory (the Pacific Blue Tang, Paracanthurus hepatus). Add in the successful culture of tank-raised tangs by Reef Culture Technologies at the hands of Frank Baensch (Convict Tangs, Acanthurus triostegus, from wild-collected eggs) and it’s safe to say we’re well on our way to a future with many more tangs being cultured in captivity. 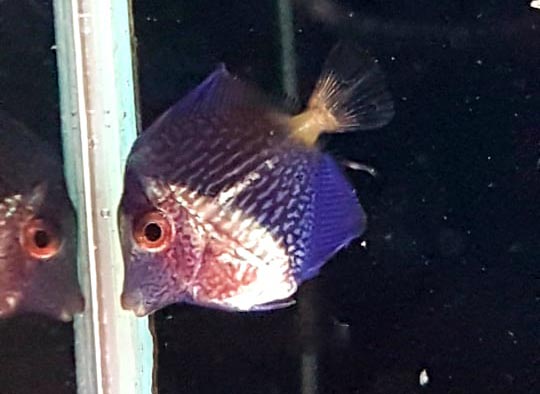 Already vibrant, this captive-bred Purple Tang is another feather in the cap for Wen-Ping Su and Bali Aquarich.

Su reports that only a “few” Purple Tangs have been produced, so while this species first is uncontested, it’s not yet time to rush out and presume that captive-bred Purple Tangs will suddenly just be at your local fish shop. However, subsequent efforts could certainly refine the process, particularly if there is any collaboration between tang breeders. 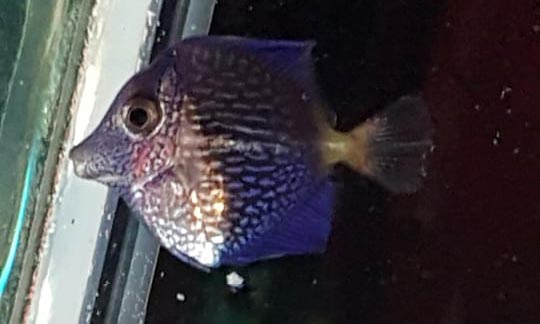 One last look at a groundbreaking individual, one of the first captive-bred Purple Tangs produced by marine ornamental aquaculture powerhouse Bali Aquarich.

Update: With captive-bred Yellow Tangs (Zebrasoma flavescens) now becoming a more routine offering thanks to the partnership of Biota Aquariums and OI, we are cautiously optimistic that we could see more captive-bred Purple Tangs in the future. Given its perennial popularity but fluctuating availability (due to their origins from the Red Sea in the Middle East), Zebrasoma xanthurum often retails for $200 or more, easily several times the price of a Yellow Tang. A more restricted and sporadic natural supply, and a market already accustomed to paying more for this species, potentially makes the Purple Tang a more economically viable commercial breeding target, with less price objection should they ever appear on the aquarium market.

Update #2: A day later, and coloration in the juveniles is even deeper! 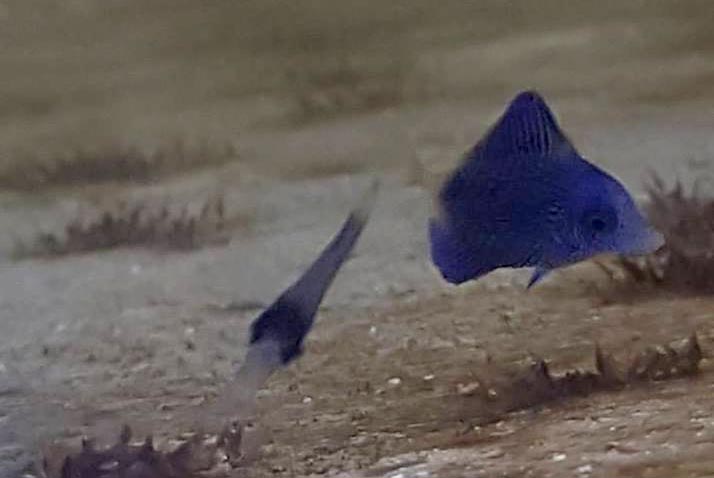 Color formation in Zebrasoma juveniles is fast; just a day later and the purple pigmentation has deepened and spread!

Our special thanks to Wen-Ping Su for this collection of images, shared here exclusively with permission.