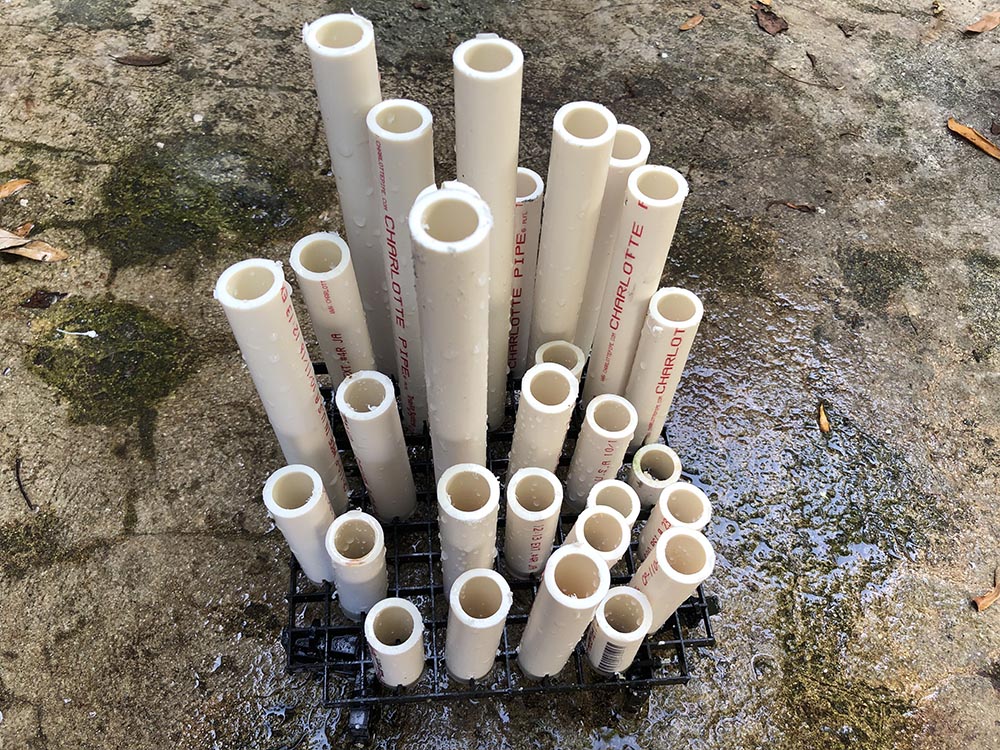 One of the best things about the reef aquarium hobby, in my opinion, is the DIY nature of it, and how, from earliest days of the Internet, computers have empowered people from across the planet to connect with each other in a collective effort to figure out the best ways to grow coral in a closed system. In that spirit of not-for-profit sharing, I thought I’d share how I’ve managed to take egg crate coral farming from 2D to 3D, cheaply and easily. 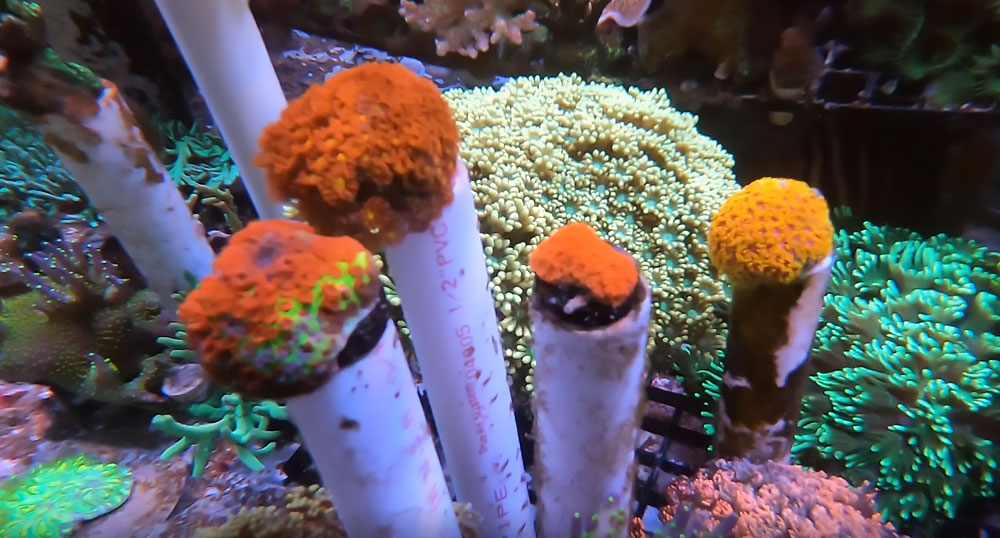 This past year, I started to run out of space on the egg crate for more plugs. As my existing corals grew to the point where they started beefing with each other by extending their sweeper tentacles, I realized I could maximize my coral growth while limiting inter-species warfare by going up! Getting your frags up off the frag rack and into the water column will also give them more light and water flow, which will speed growth. 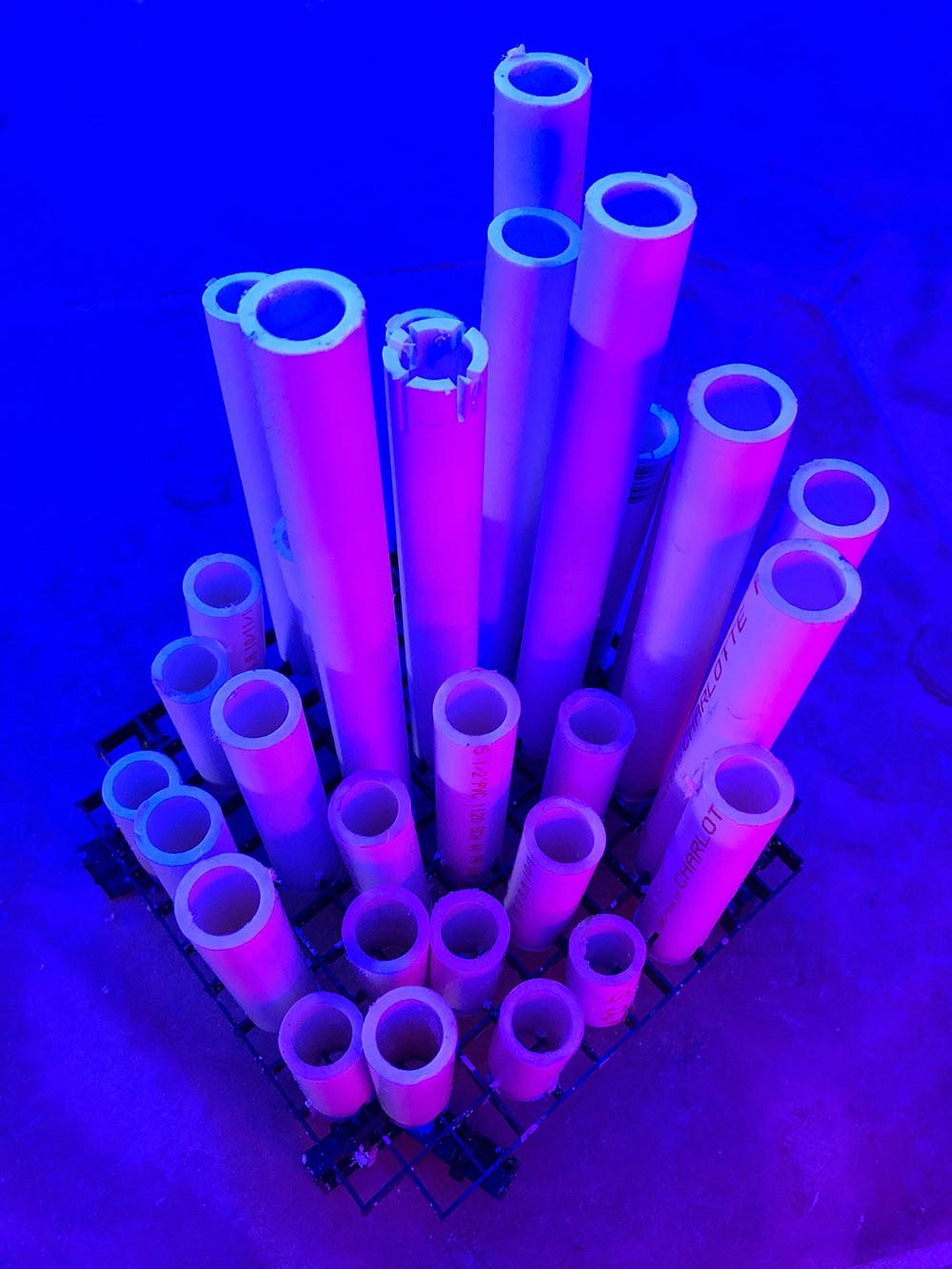 I put all my fancy Acropora frags on the pipes first to get them growing and ensure they didn’t kill each other in turf warfare. Alternating the heights of these pipes ensures they are separate. Put low-light encrusters down low on the rack, and put high-light/high-flow corals up high, just as they are on the reef.

I found that standard 1/2” PVC pipe could be cut crosswise to fit snugly in the egg crate. The blade on my cheap Home Depot tile saw (with safety cover over the blade removed 😬) made the perfectly-sized cut to accommodate the egg crate [Editor’s note: we don’t endorse this particular method of cutting PVC, and encourage you to creatively find a potentially safer method! We’re not sure, but the band saws popularized for coral cutting *might* work?]. 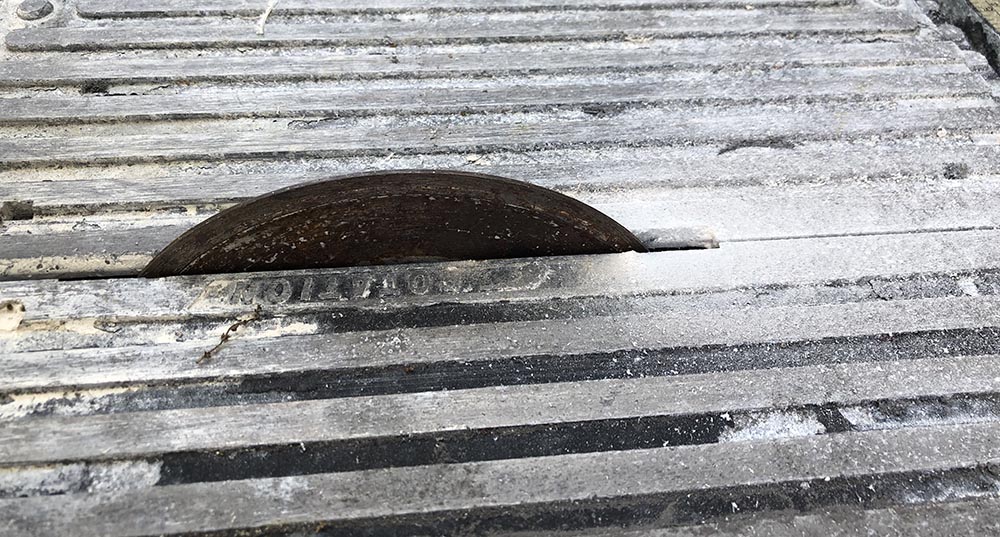 Standard coral frag plugs will sit perfectly in the 1/2″ pipe. I use a tiny dab of super glue to ensure the frag plug doesn’t pop out, but even without glue, the plugs are pretty secure 95% of the time. Eventually, your coral will encrust down onto the outside of the PVC pipe itself, which creates further fragging opportunities. 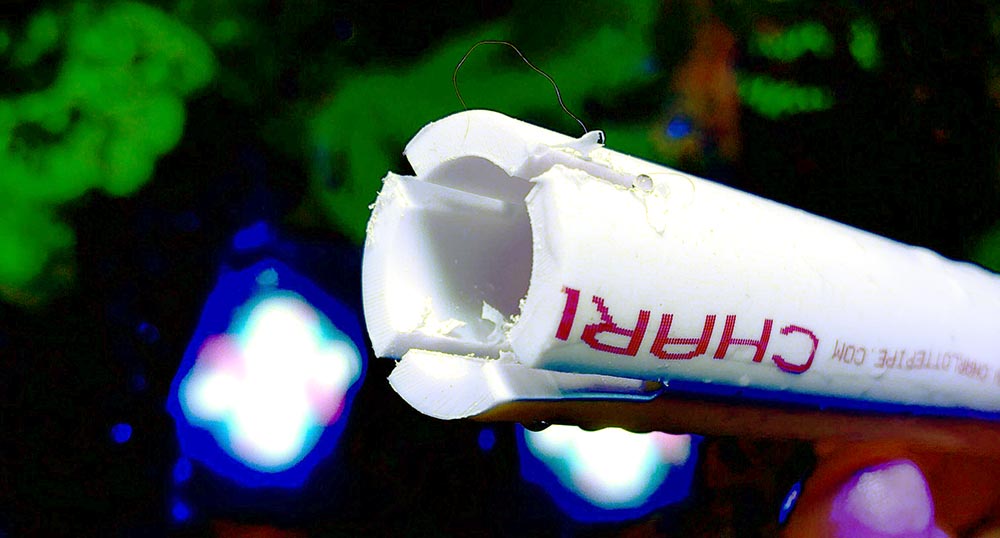 Two perpendicular cuts are all that are needed to help the frag high-rises lock into place on egg crate.

The only tricky part is making sure you make two nice perpendicular cross-wise cuts on the end of the pipe to ensure it aligns with the egg crate squares. 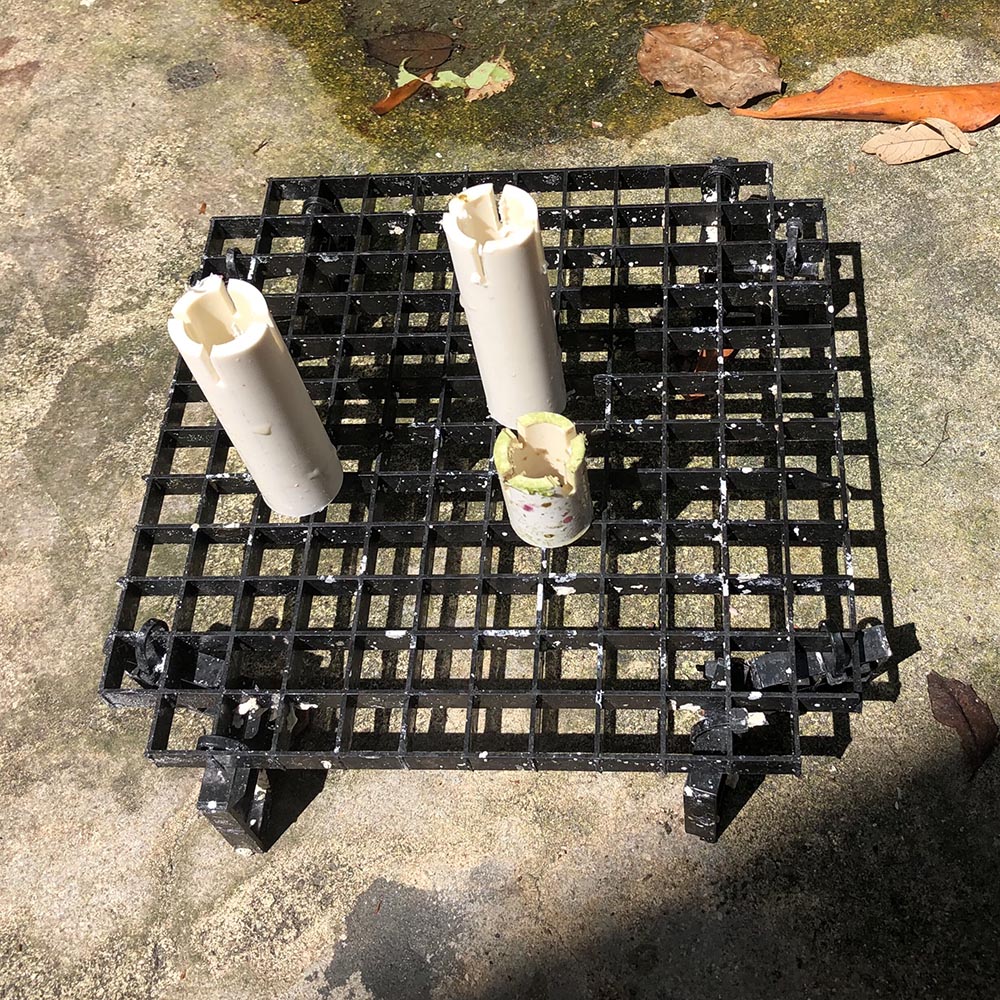 A skyline of coral skyscrapers, under construction. If these cuts are not quite right, note how easy it would be to make the cuts on the other end of the PVC (or even just cut off the bad end and try again, now on a slightly shorter tower).

If you screw up one end of the pipe, just flip it over and try again on the other side. Be careful, wear eye protection while cutting, and watch your fingers around the exposed blade! 😎 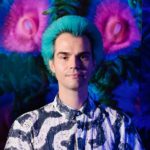