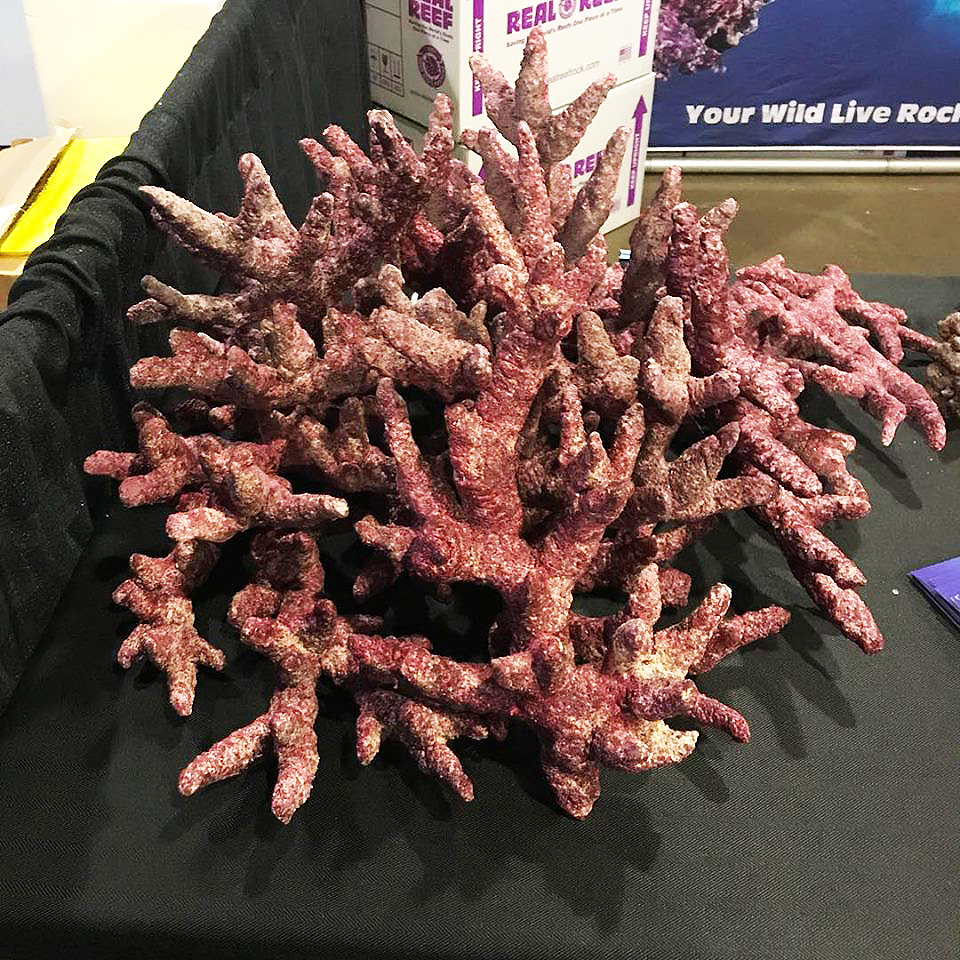 San Diego-based Real Reef Manufacturing, founded in 2010, is one of a handful of companies advancing and refining the art of producing sustainable, man-made reef rock to take the place of wild-harvested live rock for reef aquariums. This past week, Real Reef revealed a new form of their man-made reef aquarium rock at AquaShella 2019 in Dallas, TX. The new form of branch rock takes on the appearance of large, intricately branching, weather-worn coral skeletons. 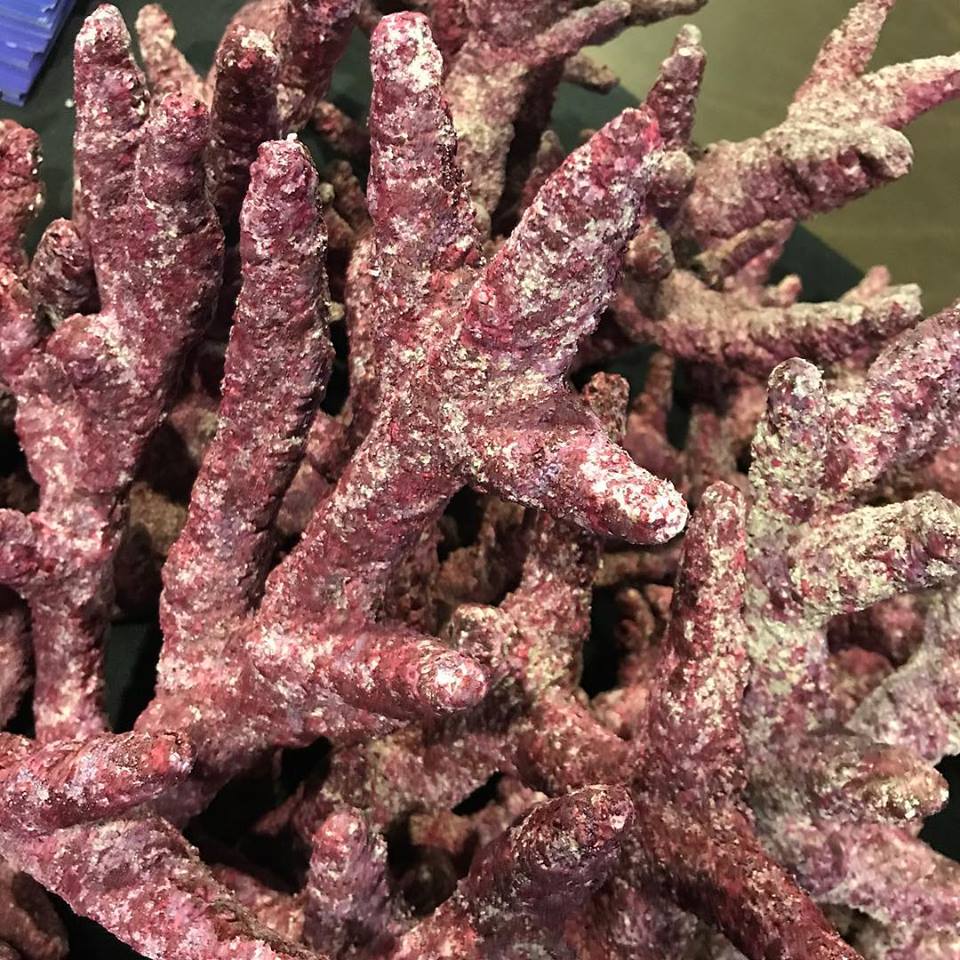 An impressive formation of nooks and crannies makes for amazing habitat for fish and other animals requiring numerous bolt holes and hideaways.

Real Reef CEO Gareth Scott noted that a slight change in the production process has completely elevated their ability to produce a diversity of shapes, and while the formulation of the artificial reef rock remains unchanged, it is now stronger than ever before. “Sizing and shape variations have gone from 15-20 to 150-200,” noted Scott, who also relayed that “of the boxes I shipped myself, I had maybe two little chips; we are employing new bubble wrap and more attention to detail, but fundamentally the rock is stronger with the new technique.” 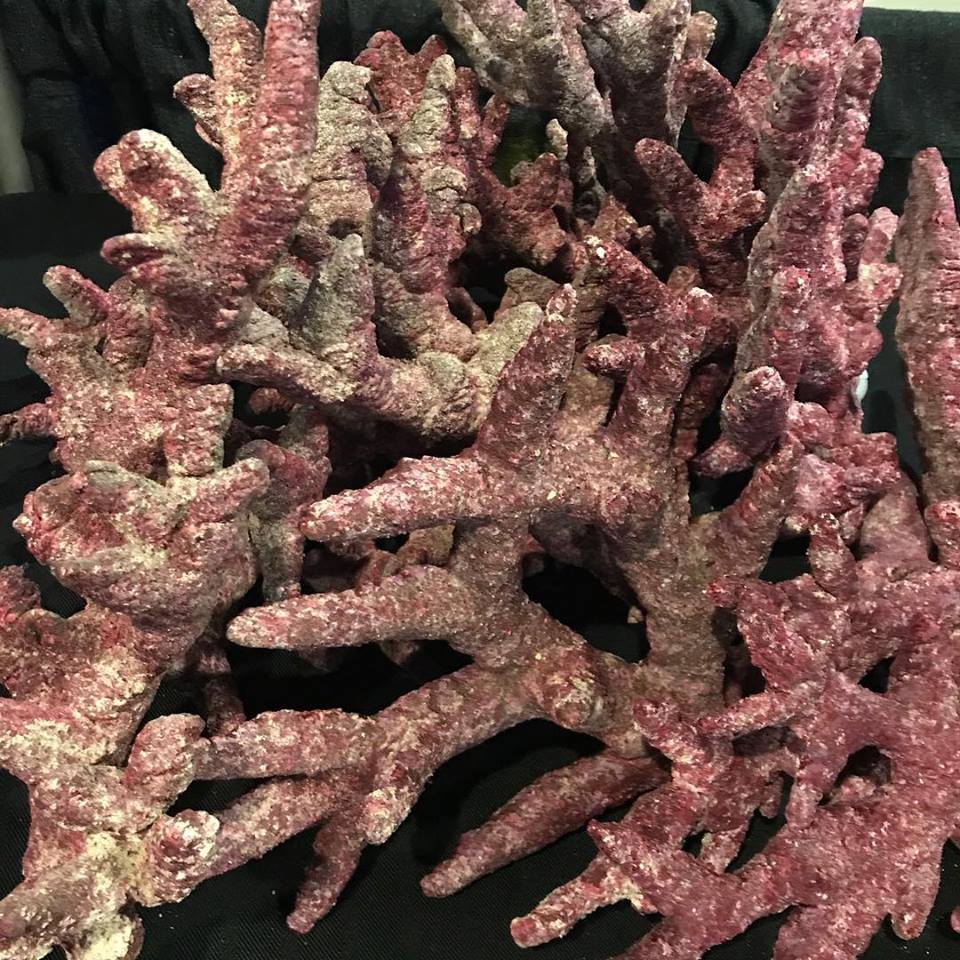 The latest iteration of Real Reef’s Branch Rock allows for the creation of intricate designs at a scale not seen before.

Scott’s comments emphasize the hand-made, one-of-a-kind nature of each piece of Real Reef branch rock. “Credit goes to my employees for sure: their artistic side has gone bonkers in the last few months.” This creativity perhaps didn’t come out of nowhere: “Our manager Kelepi Mafi, who is from Tonga, is now recreating Tonga Branch in Southern California!”