A Micromussa coral that originated from Indonesia and is currently being propagated at Cuttle Fish and Corals.

What better way to start off the New Year and an issue on Micromussa than to talk with Kris Cline, founder of Carolina Aquatics in Kernersville, North Carolina, and Jeffrey Slemp of Cuttle Fish and Corals in Portland, Oregon? Both professional aquarists have unapologetic affection for the Lord of all “Acans”…ahem…Micromussas. (As the articles in the January/February 2019 edition of CORAL explain, DNA testing has dictated a move of the popular “Aussie or Acan Lord” corals to the genus Micromussa, genetically distinct from Acanthastrea.) Cline and Slemp probably handle more specimens of these alluring corals in a given month than most aquarists could ever hope to own in a lifetime, so we couldn’t pass up the opportunity to get two experienced points of view from the opposite coasts of North America. 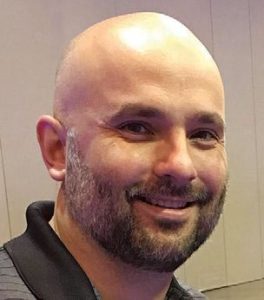 Cline: Acans were the first coral that I remember getting that shocked me; the color variants, the rainbow of colors, the intensity of how they look…In our early years, being on the East Coast, it seemed we were getting the leftovers. But when Carolina Aquatics received our first direct import of Acans, we were blown away; it was literally jaw-dropping. To see the quality that we had, we knew customers would be beating down our doors. These days, we’re absolutely known for our Acans.

Slemp: I’ve been a long-time collector of Acans—I can’t get enough of them. Acans have brilliant, varied colors that are truly amazing, and I love to share them with my customers. I love seeing people encounter something they’ve never seen before; they get excited, their eyes light up; that’s part of the fun in this industry. It keeps my interest going in the hobby…I’m just an enthusiastic hobbyist at heart.

CORAL: Give our readers your thoughts on Micromussa husbandry. What kind of water movement do you offer? 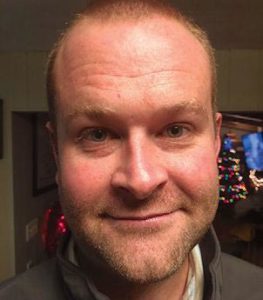 Slemp: We find that they like a medium flow…I don’t consider them a low-flow coral like a lot of people do. They seem to grow a little bit faster with a little more intense flow. There are definitely instances where we keep them under low flow, but I don’t see them expanding as much.

Cline: You know, I used to think that Acans were only lower-to-mid-flow corals, but when talking with our main collector, he sent me some Acans that had huge polyps, double the size of a normal Lord, and I asked what the difference was. He revealed that these corals were collected in areas with really high currents. So I think they can be in higher flow and do well, but I still feel like they’re a lower- to medium-flow coral.

CORAL: Do you feed your Micromussa corals?

Cline: As a wholesaler, there’s always the concern that if we feed today, and we have to ship tomorrow, I would be worried that coral waste would foul the bag and kill the coral. So feeding corals like these wasn’t something we used to do. The only thing we put in our systems right now is the Benereef coral food from Benepets; we just started that in the last six to eight months.

Slemp: Over the long term, when we feed more frequently and more heavily, they grow faster and keep their colors better. We turn off the pumps when feeding to give the Acans adequate time to eat.

CORAL: Do you find them to be aggressive?

Cline: Actual Acanthastrea echinata will beat the crap out of Acan (Micro) Lords (and many other corals), but aggression between individual Lords, no. They’re all kept together, all touching, no issues. (Ed: A. echinata and M. lordhowensis are now known to be in different genera and not closely related.)

CORAL: What are your lighting preferences for Micromussa lordhowensis?

Slemp: Long-term, we find that Acans keep their colors the best under T5 lighting. They look great under blue LEDs, but when under T5s, they grow faster and keep their colors better, especially when we feed heavily. We vary our bulb choices: in an 8-bulb T5 fixture we’ll typically run five ATI Blue Plus, one Purple Plus, one ATI Actinic, and sometimes an ATI Coral Plus, or another actinic or purple. For lighting intensity, we consider them a low-to-medium-light coral. We use PAR meters and we find we get the best success around 150–200 PAR.

Cline: The great thing is that they don’t take much. I would consider Acans lower light, and we try to avoid intense light because it can change their coloration. I try to keep them under T5s or Kessils. Halides seem good for growth and actually maintaining color, but when you put them under LED you’ll see them fluoresce. As a wholesaler, we don’t keep corals here very long; we put them under the LEDs for sales purposes… blue LED sells them. 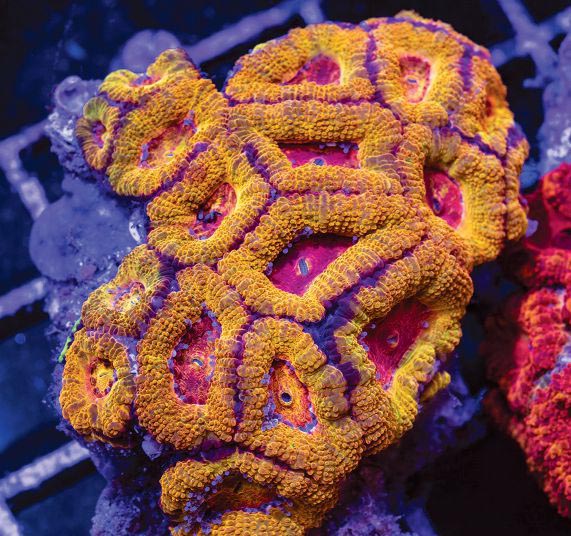 Two examples of Australian Micromussa lordhowensis show just how divergent the color forms can be. 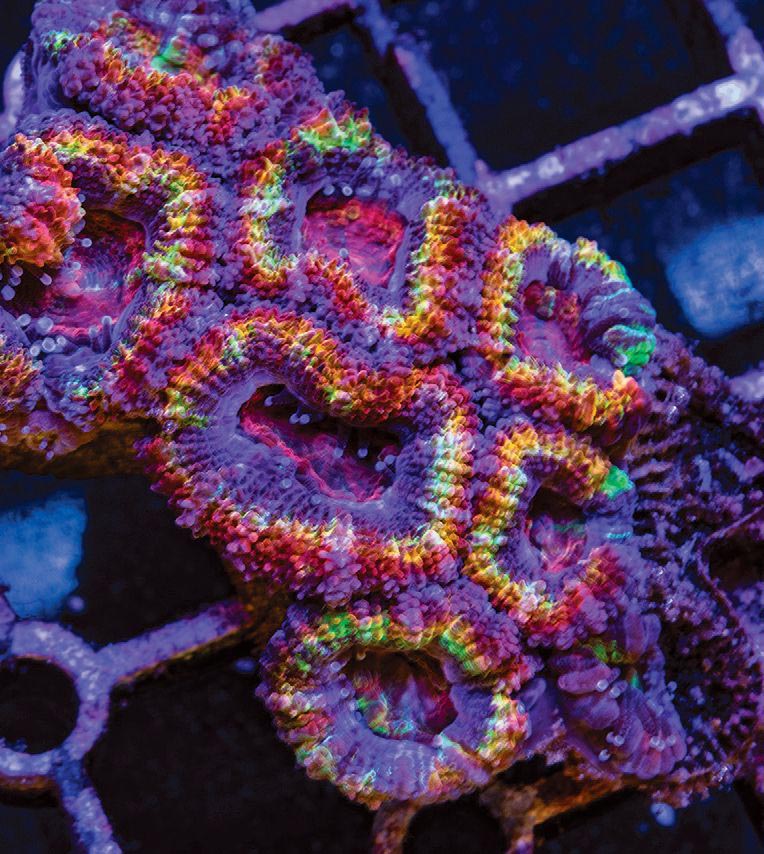 CORAL: Explain your observations regarding color loss and color change in Micromussa lordhowensis.

Cline: Depending on the type of light, their colors change. I have seen the most amazing Rainbow Acans turn into normal reds. On the other hand, I’ve seen normal colors turn more rainbow as time goes on. What causes that? I don’t know. They tend to lose color within the first month or two, but then they start to get it back.

Slemp: The wild colonies that I’ve seen typically lose color within six months. Usually the corals that have been in captivity for a while, the ones that have lineage and a known name, they tend to have the same brighter colors from frag to frag.

CORAL: If the coloration of these corals can change depending on conditions, what are your thoughts on grading them?

Cline: We can’t just order the top-tier corals from our exporters. There may be as many as four grades, but it varies by exporter, and I think it’s mostly opinion—beauty is in the eye of the beholder. “Super Ultras” are usually “Rainbows,” and “Ultras” will typically have four to five colors in a polyp or unique/unusual color combinations and patterns. Our more common varieties are sold as A-Grade, and our Ultra-Grades are sold as WYSIWYG.

Slemp: You have to order in a lot of corals to get the “Ultra” grades. You can’t just order only premium corals; you have to buy the reds, greens, and solid colors as well. In our store, the more common ones we tend to sell as larger colonies at lower prices; the more rare ones we try to frag up into smaller pieces to let as many people enjoy them as possible.

Australian Micro Lords seem to offer a never-ending diversity of color and pattern.

CORAL: What disease or health problems have you seen with Acans?

Cline: We’ve had some instances where we get a brown jelly–type bacterial infection that seems to spread fairly quickly. We don’t know exactly what causes it, but as long as we can get the infected colony out, and prevent the jelly from getting on another coral, it typically doesn’t spread further. We’ve also seen problems resulting from boring clams that are found down in the rock. The clams die in transit and start to rot; the rock can turn black, and the rot spreads up through the bottom of the coral, killing it. So we have our collectors trim as much of that rock off the bottom as possible to avoid this problem, but some hidden clams are missed. Fragging the corals after arrival further removes them, and hopefully eliminates this problem. The current $10–25 retail price for a small Micromussa frag is so attractive that most stores have either cut down their Acans or bought them that way, and the underlying rock (which is the problem) is gone.

CORAL: So are you propagating Acans for sale?

Slemp: Yeah, we aquaculture on-site and work with a few growers, and also prune older maintenance tanks when they become overgrown. We focus on aquaculturing as much as possible. With the amount of turmoil in the industry, the shutdown of Indonesia and Fiji, and Hawaii with very limited access, right now is a very scary time in the industry, and we’d rather not deal with that. If they shut down Australia, I don’t think we’d have anything! I’m a big believer in aquaculture, because who knows what’s happening in the future?

Cline: We have a quite a few Acan frags that we cut up. If we get a piece that’s damaged, we’ll cut it up to save the coral and preserve our investment; we use a Gryphon bandsaw (see CORAL Magazine, Jan/Feb 2019, page 94) to precisely cut these corals. Acans are an amazingly resilient coral; as long as you don’t cut through the middle of a polyp, they’ll open in a few hours if you’re really good at it. Fragging Acans stimulates growth as well; they grow a little faster to cover where they were cut. Fish stores that are wanting to get into fragging or looking to do something a little more involved than fragging Acropora, I tell them to start with Lords. We have several Rainbows that are in our propagation vats that were cut down to a single polyp, but we’re not actually doing long-term aquaculture at this point. However, I am feeling the need, given how quickly Indonesia was shut down. If I got word that exports from Australia might be shut down, it would be terrible; I’d have to start propagating everything I could. 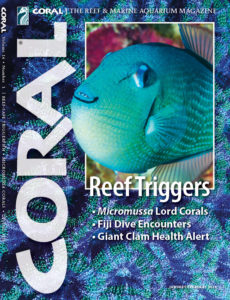 Benefit from our full coverage of the genus Micromussa in CORAL Magazine’s January/February 2019 edition. With additional articles by Danial Knop and Dr. Dieter Brockmann, everything from taxonomic breakdowns to propagation techniques are included in what is sure to be a handy reference for years to come. Order the print issue as a single copy, or learn about subscribing at www.CORALmagazine.com.