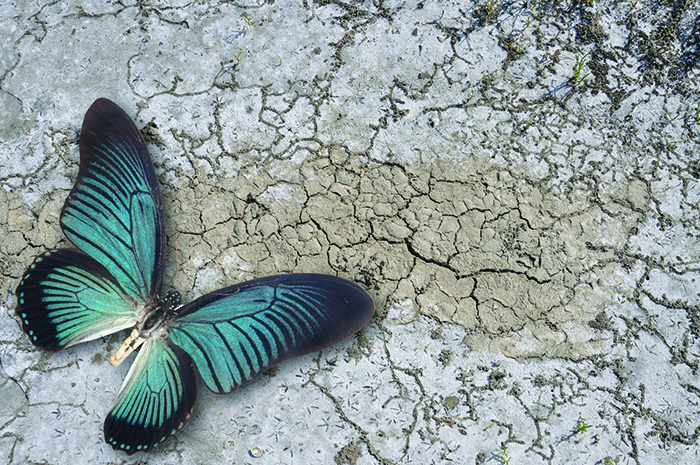 Start the New Year off with a profound scare
Excerpt from CORAL Magazine, January/February 2019
EDITOR’S PAGE 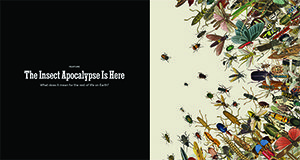 Must reading from The New York Times by Brooke Jarvis.

‘TIS is the season of New Year’s Resolutions, and we would urge one more for your list, right before “Do More Regular Partial Water Changes.” If you have not already read it, track down and read the article Insect Apocalypse, which can be freely accessed on The New York Times site. It has our vote as the Science Article of the Year, perhaps of any year. Written by Seattle journalist Brooke Jarvis, it basically provokes the reader to think of how many bugs you have had to scrape off your car windshield or wipe out of your hair while biking in recent years. Here’s how the story begins to unfold:

Sune Boye Riis was on a bike ride with his youngest son, enjoying the sun slanting over the fields and woodlands near their home north of Copenhagen, when it suddenly occurred to him that something about the experience was amiss. Specifically, something was missing.

It was summer. He was out in the country, moving fast. But strangely, he wasn’t eating any bugs.

What follows is an epic example of Citizen Science, in which the Danish cyclist and other amateurs furnish strong evidence of a mind-boggling global phenomenon that has largely been overlooked by mainstream science until now: Earth’s insects are disappearing.

“Good!” Might be the first reaction from those who have no great love for things that bite, sting and bedevil our picnics, but the consequences are potentially cataclysmic: vanishing insects lead to failing crops, vanishing wildlife populations, and, yes, fewer fishes.

Wondering what a former biology professor and university department chairman might think of all this, we passed the article along to Dr. Ron Shimek, CORAL’s zoologist-on-call, for an opinion. Here’s his note, written in Wilsall, Montana, from the morning’s mail:

“Apologies for my first (unprintable) response, but this really sunk into me over the rest of the day. There are few environmental articles that I could read or imagine short of, ‘We are all going to die by tomorrow,’ or something along that line that could scare me as much as this one did. It is absolutely horrifying.

“I am nowhere near erudite enough to think of the words to use to express my fear at what this means. Short-term, there are all sorts of visible environmental troubles coming. We already may be seeing some effects of this disaster—bat species are disappearing everywhere. Most bats are insectivores… (No insects… no insectivores. Bats make up about half of all mammal species.)

“We will lose a lot of birds. Our bird numbers here have been really low this summer and fall: I normally go through about 50 pounds of seed for our bird feeders every three weeks or so in the autumn. My guess so far, since the first of October, is about 15 pounds used in roughly 10 weeks, where we would normally use about 150 pounds. Have birds those that depend at least partially on insects been hit hard already? Other environmental troubles will show up in agriculture. We had essentially no honey bees here once summer started, although we had a few in spring. What of wildflowers? Hell, I even worry about the loss of mosquitoes—male mosquitoes pollinate many of the small orchids I love. Bottom line: This article scares the living hell out of me.”

As marine aquarists we are all citizen scientists to some degree, and most of us have a growing awareness that environmental issues in farflung places can reach even into our own homes and reef aquariums. (Aquarium livestock shipments from Hawai’i, Fiji, and Indonesia were interrupted in 2018 by environmental fallout.)

A resolution for this New Year: Be informed, stay vigilant, share your own citizen science observations, plant more of those bee-and-butterfly-friendly plants.