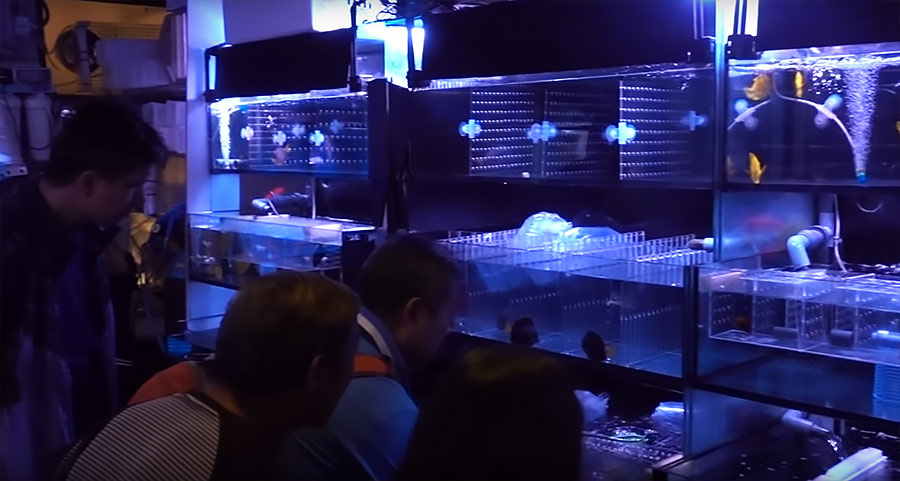 Up several flights of narrow stairs, patrons of a marine aquarium livestock dealer crowd into a dimly-lit store no larger than a typical living room. The object of everyone’s attention? Multiple Gem Tangs, Zebrasoma gemmatum, which are purportedly selling for less than $300 US in Hong Kong, still far less than the typical $1000-$2000 price tag in North America. Youtube’s Inappropriate Reefer takes you on a 15-minute tour of Hong Kong’s unique aquarium marketplace.

The Maryland-based YouTube phenom Mok-Yi Chow, who calls himself the Inappropriate Reefer, has a thriving channel which has achieved some 3.8 million views at this time. One of his latest uploads takes the viewer on a whirlwind tour of Hong Kong’s astonishing aquarium bazaar, Goldfish Street, which is nothing like the local fish shop most of us know and love. 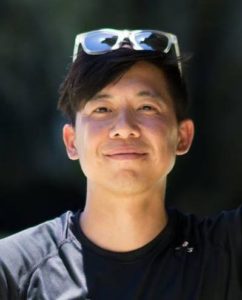 Chow, who was born in and lived in Hong Kong until the age of 12, recalled visiting the fish street nearly every weekend in his youth, going with his grandmother. The downtown location makes the market extremely accessible, and such marketplaces exist around the city for a variety of other interests. According to Chow, the bird street is just the next street over.

A lot has changed since Chow’s visits to Goldfish Sreet in his youth; gone are the push-cart vendors, replaced with more permanent storefronts. Street level vendors are busy; during one 4 minute conversation with a shop owner, Chow recalls being repeatedly interrupted as a few bags of fish were sold. The second floor stores are small, but also appear to be higher end and slower-paced, yet are jam-packed with customers. 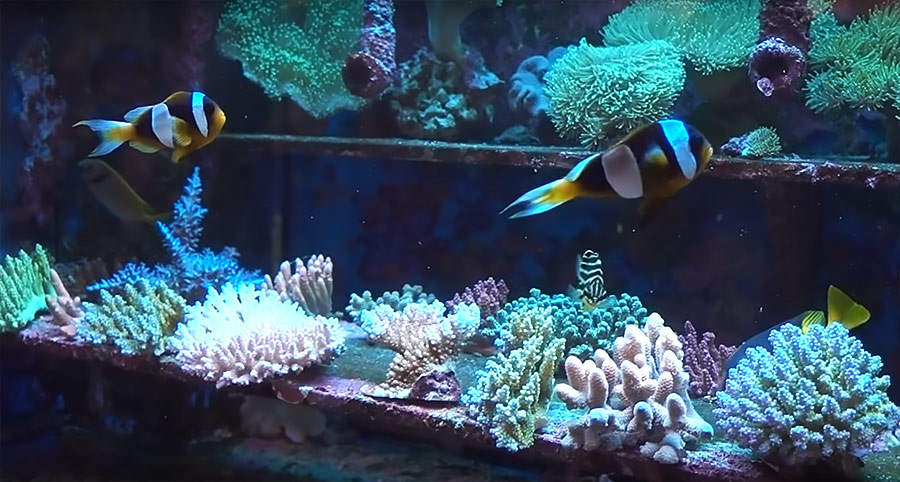 A pair of the very rare “White Margin” form of Madagascar’s Latifasciatus Clownfish, Amphiprion latifasciatus, hover over racks of impressive Acropora offerings in a dealer’s aquariums in Hong Kong.

Turning to the video of his most recent trip to Hong Kong in November 2018, production values and sound are uneven at times, as Chow is often trying to remain discrete and not draw attention to the fact that he’s filming, particularly when walking on the street, preferring to blend in as a tourist. Some owners of the street-level shops seem very suspicious of any filming, but Chow could only speculate on the reasons, and the resulting candid footage provides some eye-opening moments. There’s nothing inappropriate in his reporting, although seeing thousands of fish in small bags has some shock value. 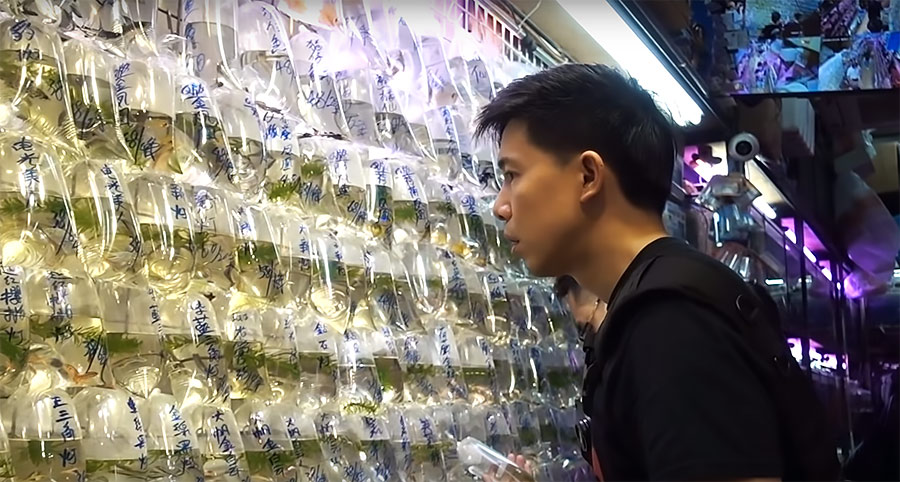 Hanging bags of fish are all about a “quick transaction” according to Mok-Yi Chow; it’s a grab-and-go affair. Bag water appears to be pristine, and the fish in apparent good health. Turnover is said to be high in Hong Kong’s bustling aquarium marketplace.

“Gold Fish Street of Hong Kong is famous for all the bagged up fish hanging on the wall. But did you know those fish typically get rebagged every morning? Come along for a deeper look at some of the stores at this unique Hong Kong aquarium attraction!” — Inappropriate Reefer #ReefSquad

There is truly something for every aquarist in this amazing look at how Hong Kong’s aquarium retailing is done out of long narrow stores, concentrated in one long street, unlike anything encountered here in North America. While a devout hobbyist in the US might spend an entire weekend driving from store to store, imagine if you just went down to one city block, with dozens of vendors to browse! The contrast of fish hanging in bags with stunning aquascapes in showroom settings, all in close proximity, is a bit surreal. 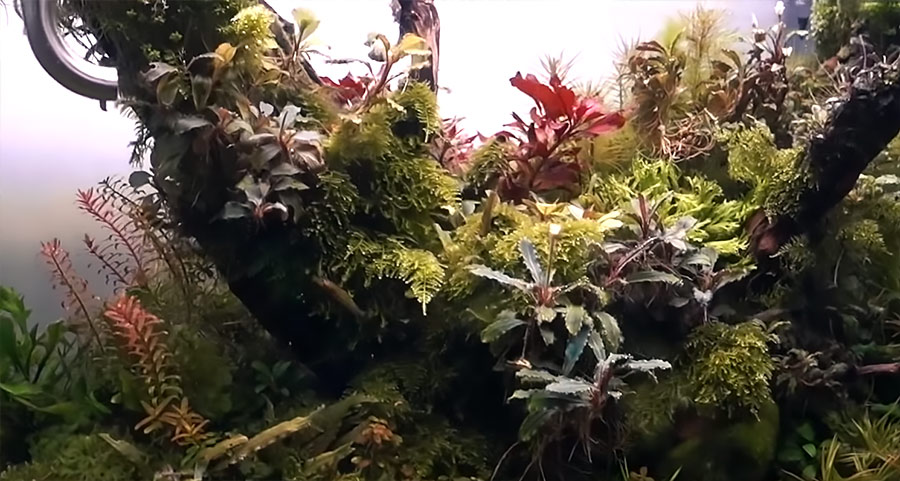