Florida Cracking Down on Aquatic Exotics 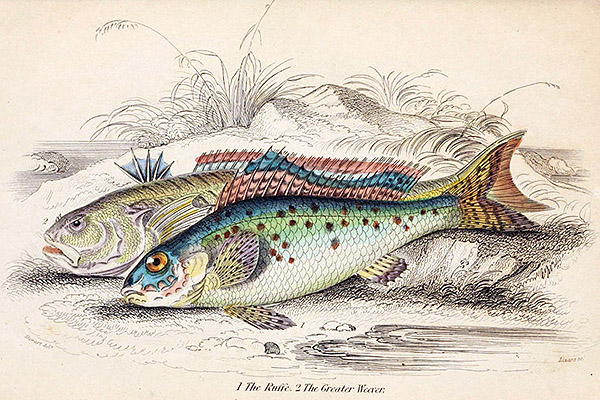 Not on anyone’s list of a desirable aquarium species, the venomous weeverfishes are now prohibited from importation and keeping in Florida. Shown is the Greater Weever, Trachinus draco, a dreaded pest on Eastern Atlantic beaches. Spines on its dorsal fins and gill covers can inflict excruciating pain in evenomation accidents.

The Florida Fish and Wildlife Conservation Commission (FWC) voted on December 13 to move forward with proposed rules to protect the state from a variety of invasive species including fishes and other aquatic predators, as well as a number of birds, reptiles and mammals. Using recent risk assessments and screenings, these species are deemed to present a high level of risk to the state.

Prohibited nonnative species are considered to be dangerous to the ecology and/or the health and welfare of the people of Florida. These species are not allowed to be personally possessed or used for commercial activities. Very limited exceptions may be made by permit from the Executive Director for research or for public exhibition by facilities that meet biosecurity criteria, although no exceptions are made for piranha and pirambeba; these two species are not allowed to be possessed by anyone at anytime.

In the meantime, Florida is actively encouraging divers to kept in reducing the populations of Pterois spp. lionfishes now swarming over many areas in Florida, the Gulf of Mexico, the Bahamas, and the Caribbean. 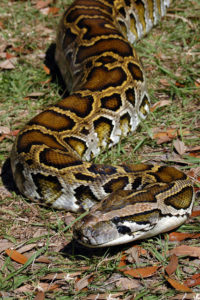 From the FWC:
Over the past few months the FWC has been working with partners and stakeholders to collect feedback on the draft rule concepts. Staff held public workshops throughout the state and collected feedback through email and an online survey.

Using this feedback, staff presented Commissioners with draft rules that would add high-risk nonnative species to the prohibited list and clarify rule language by defining key terms. Staff also drafted “grandfathering language” to assist people currently in possession of these species that may be impacted by the proposed draft rules.

The draft rules will be advertised for public review and there will be additional opportunity for commenting before the proposed final rules are presented to Commissioners at an upcoming Commission meeting. Staff also will work with stakeholders on draft rule language related to the importation of nonnative species.

Final Rules in the Works

A temporary Executive Order is currently in effect to limit the importation of these high-risk species while staff work to finalize new rules. This executive order will remain in place until rulemaking is completed.

“Since Florida is highly susceptible to adverse impacts of nonnative fish and wildlife from escaped or released captive wildlife, it is important we have the appropriate rules in place to prevent high-risk species from becoming established here,” said Kipp Frohlich, Director of the FWC’s Division of Habitat and Species Conservation.

Invasive species are animals not native to Florida that cause economic or environmental harm or pose a threat to human safety. More than 500 nonnative species have been reported in Florida. Eighty percent of these have been introduced via the live animal trade with 126 established in Florida, meaning they are reproducing in the wild.

Although invasive species are not a problem unique to Florida, the state’s subtropical climate allows a variety of species, such as pythons, Argentine black and white tegus, green iguanas, monitor lizards, lionfish and many invasive freshwater fish species, to thrive.

The public can help the FWC control nonnative invasive wildlife by reporting sightings to the FWC’s Exotic Species Hotline at 888-IveGot1 (888-483-4681), online at IVEGOT1.org or by using the free smartphone app IVEGOT1.

It is illegal to release nonnative species in Florida, so remember, “Don’t Let It Loose!” If you have an exotic pet that you can no longer care for or no longer wish to keep, you can surrender it with no penalty during an FWC Exotic Pet Amnesty Days or you can contact the FWC’s Exotic Species Hotline at 888-Ive-Got1 (888-483-4681) for year-round assistance in finding your animal a new home with a pre-approved adopter.